We were given a long time to explore Casablanca. We docked at 8 am and 11 pm was departure time giving cruisers opportunity to see both Casablanca and Rabat. We chose to do only Casablanca. We toyed with the idea of hitting both cities, but in the end we chose to do just Casablanca, because we have Morocco still high on our bucket list.

I am the worst travel guide ever. It is not the intent of this blog to guide the reader in their travel plans. The purpose of this blog is to share with you what I saw and experienced on my travels. Saying that, Mohammad took us to a spot where the government buildings are located. Across from it is a huge square, which at that time was full of people - locals I surmised. 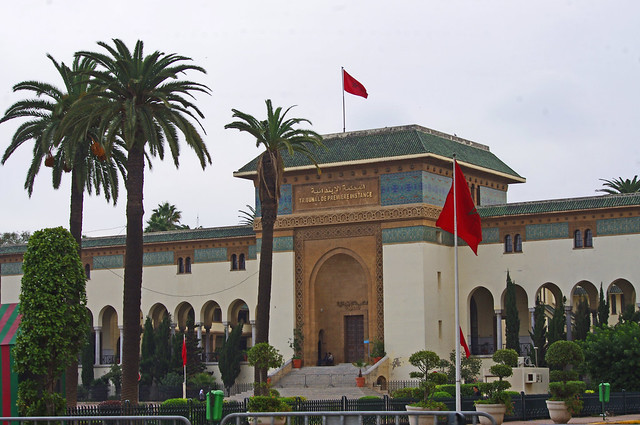 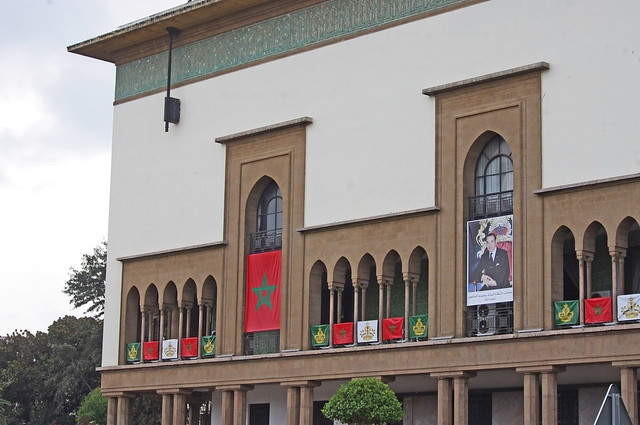 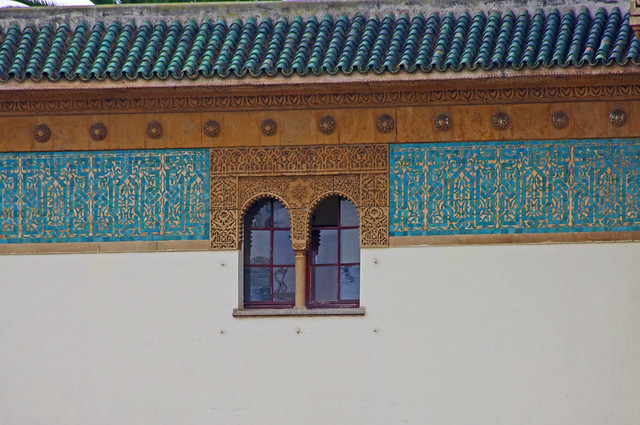 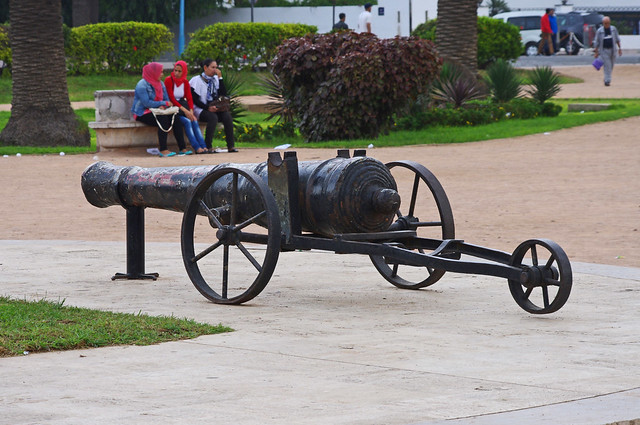 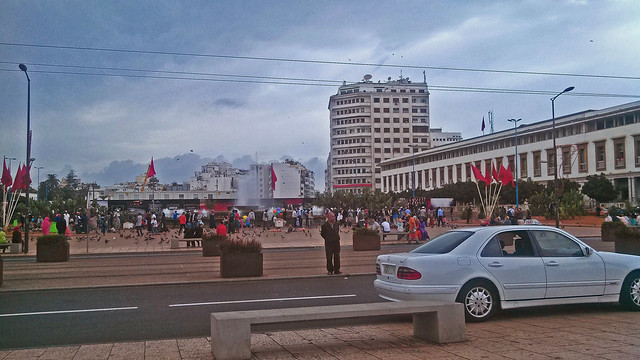 Hunger set in and we asked Mohammad to take us where the locals eat. We like to eat at road side eateries knowing that it's quite not safe. We are adventurous that way. Also we have not gotten sick yet eating what locals eat.

Instead he took us to a restaurant that has a rating by Trip Advisor, yikes. Hey, I consult Trip Advisor for tips all the time, but at this time we wanted to eat somewhere where tourists don't eat. I was a bit disappointed by the choice. However, the restaurant's interior was replete with Moroccan culture. We were the only customers when we got inside, but diners piled in soon after.

Just look at the decor inside the restaurant. 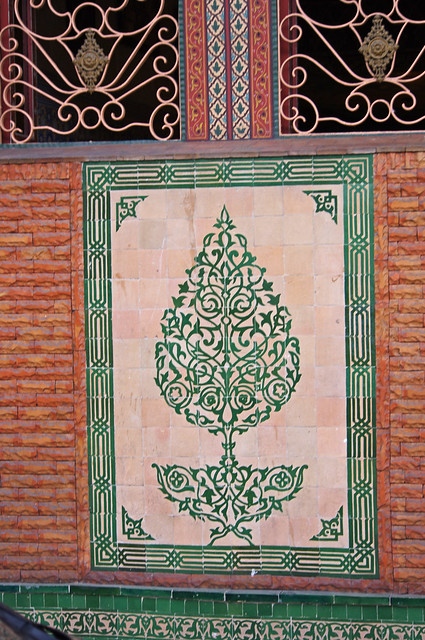 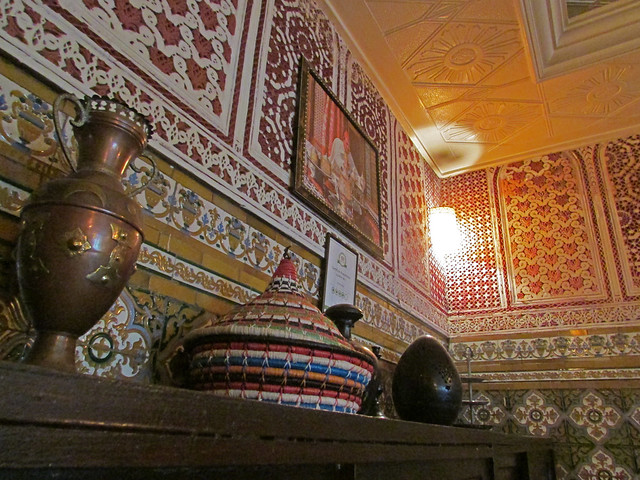 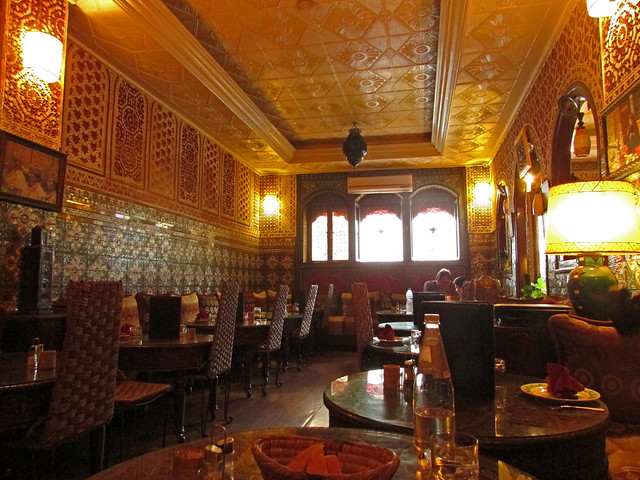 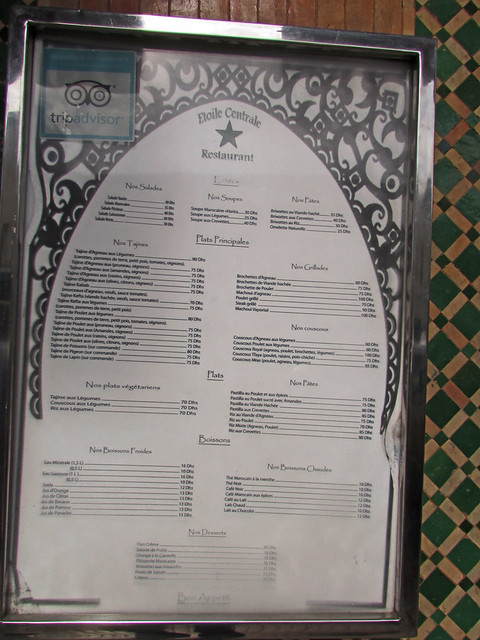 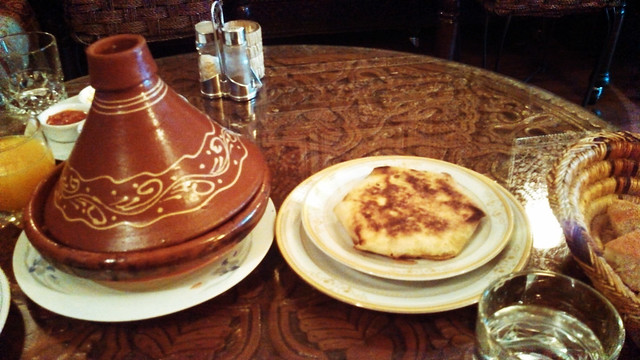 We had a tagine of course. 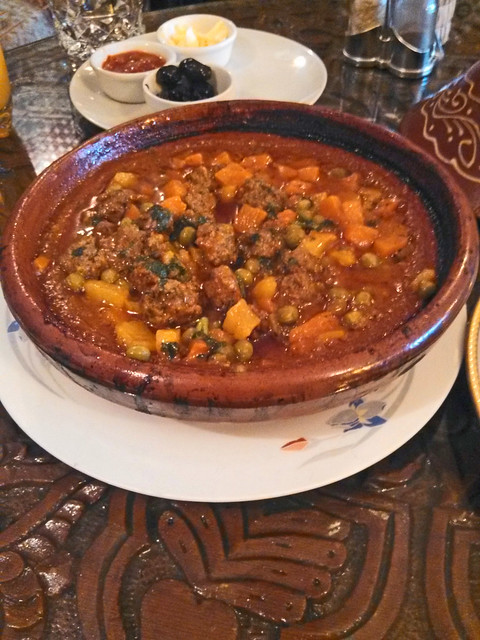 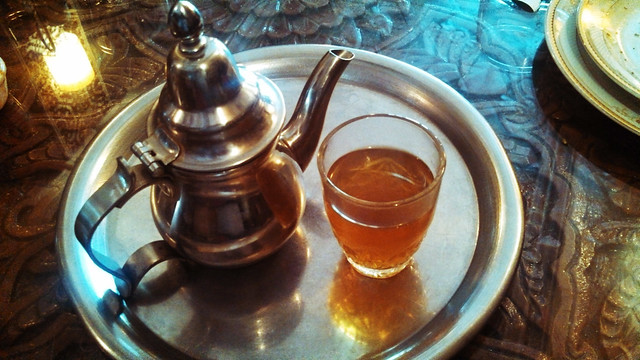 Once the meal was over we met up with Mohammad again. We wanted to go see a wet market. Luck was on our side because a short distance away was a wet market. Naturally we were given curious looks by people, probably this market does not get many tourists. We saw many varieties of fish and they were so fresh.

If you have done research on Casablanca you know that one of the must stops is the Old Medina, a bustling bazaar. At that time we said no, we were not keen on shopping. Although on hindsight, I should have said yes, so that I could photograph the colorful items for sale. However, this was after we have been doing our shopping in a cooperative type of store. The store carried everything that the bazaar carried, I'm sure, except that this one has that seal of gov't approval and you can rest that all you purchase here are made in Morocco. We picked up a few items (miniature tagine, among others). 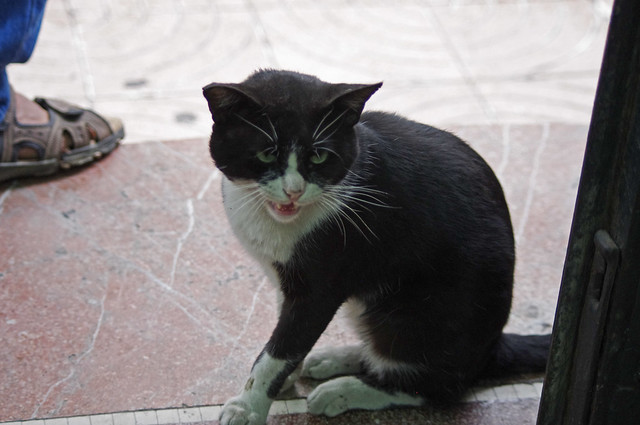 Guarding the store was this grumpy kitty. He has his own bowl of water and food nearby, but was very vocal about people coming and going. 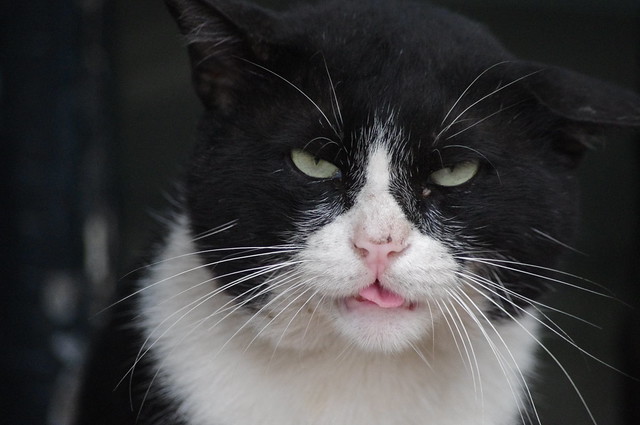 Intimidating isn't he? The husband tried to pet him. Tried is the operative term. 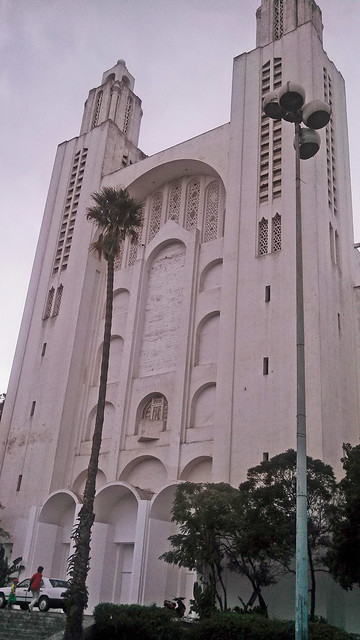 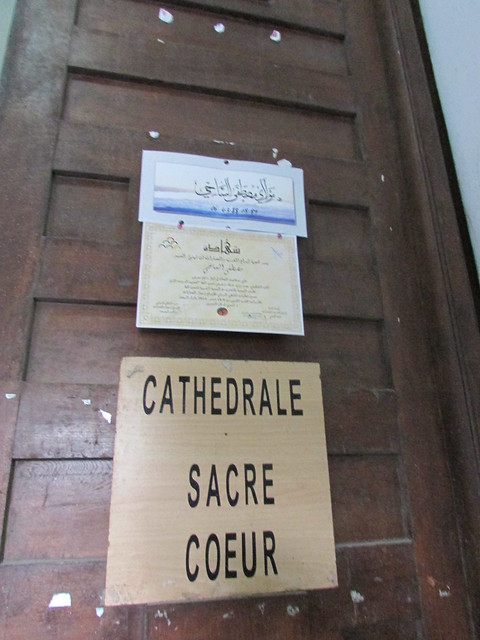 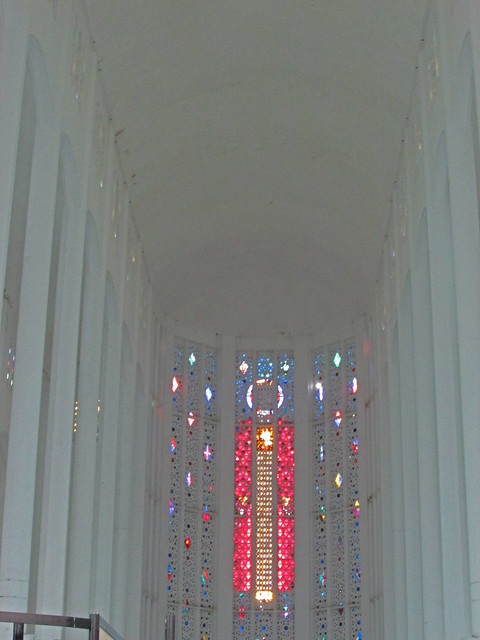 The church was empty, just a shell of concrete. At that time there were people working inside. There were lots of pigeon droppings on the floor of the church and it appeared to be abandoned.