I usually stay home on 4th of July holiday. Typically, it pays to just stay home because it's a one-day holiday and going away does not make sense. This year, however, many have taken a 4-day holiday. We stayed home due to some commitments we made previously.

There's stuff to do around here. The nearby city holds the pyrotechnics display each year on July 3rd. We found a better spot to watch the fireworks without paying for parking, or walking 10 blocks to the waterfront to see the fireworks. I only used my phone to take photos. 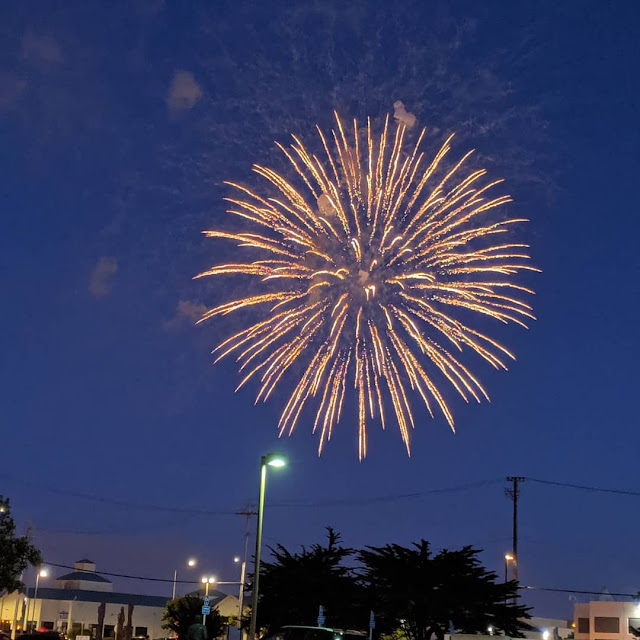 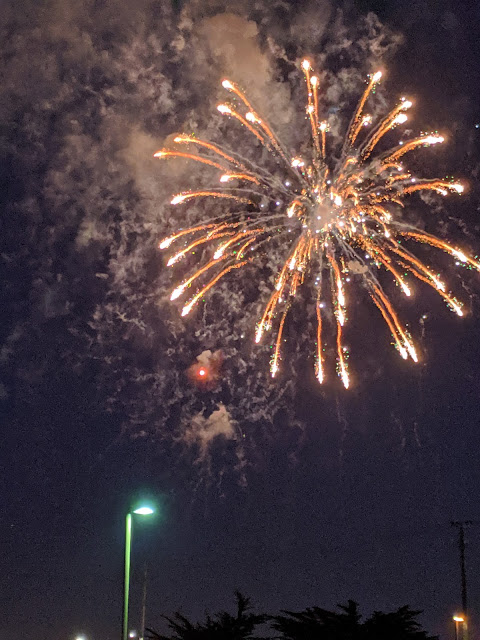 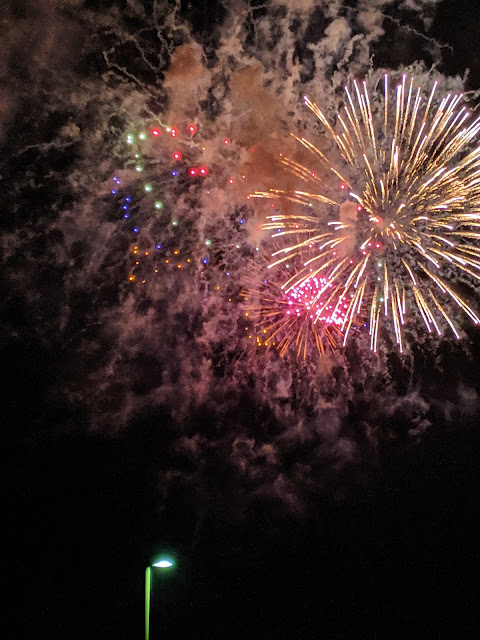 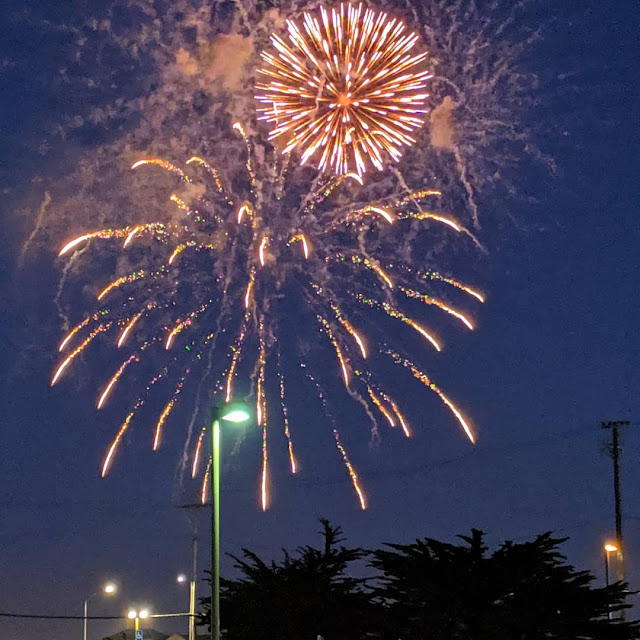 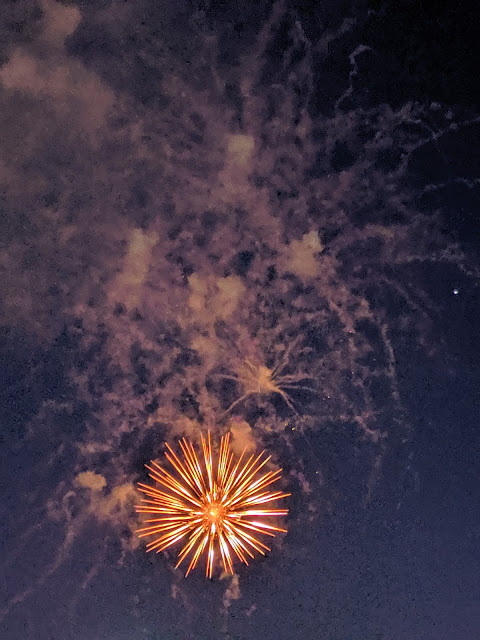 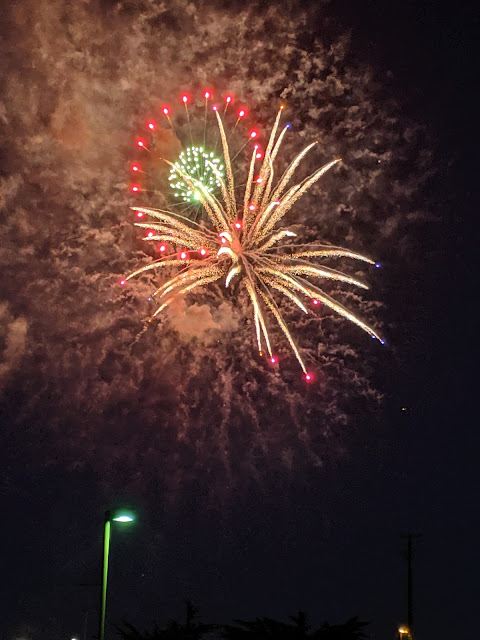 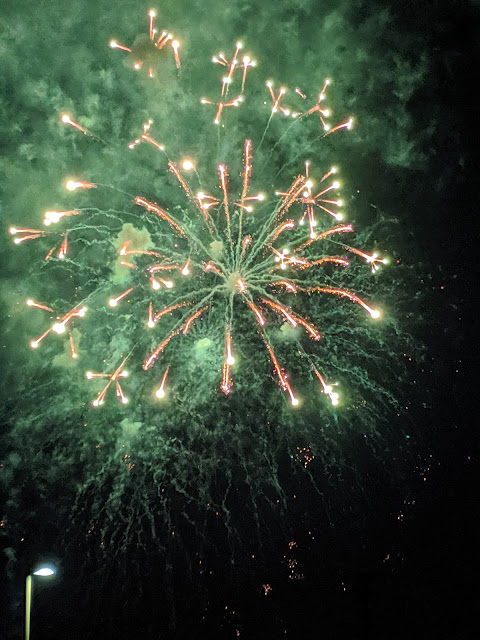 I think whoever was firing the fireworks was sending it up there one after another without a little pause, so the sky was full of smoke from the previous firework when the next one was exploding. I don't mind, but it was raised by one of my friends so I'm relating it here.

On Independence Day, we were invited to a lunch at a Thai/Lao restaurant. And we had the following: 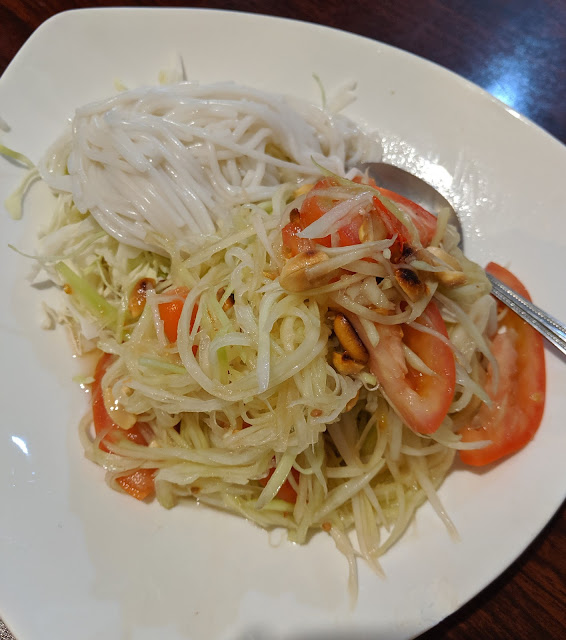 I had a wonderful papaya salad. 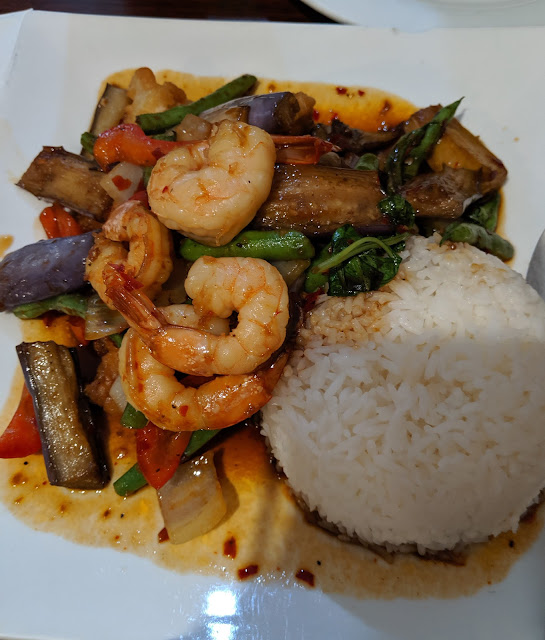 One had the shrimp meal. 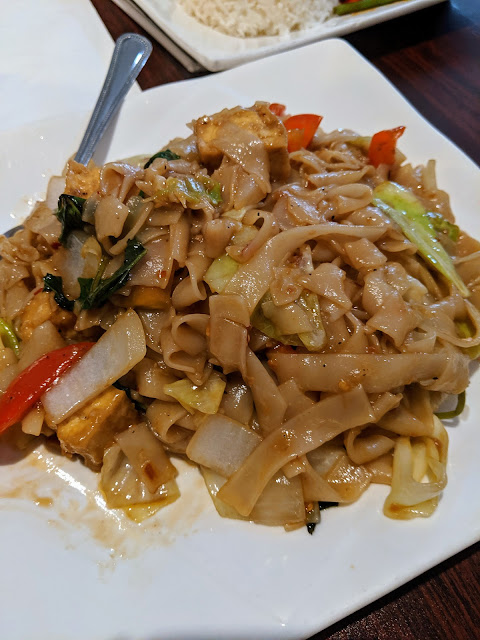 Another had the curried noodle. 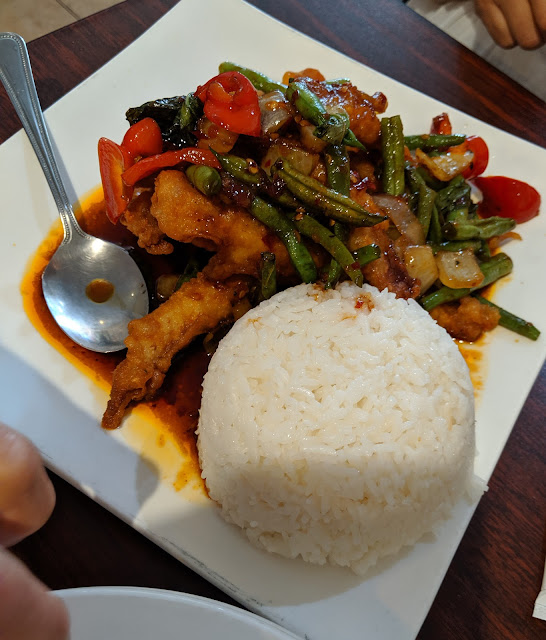 Still another had the tilapia meal.

Later in the evening, we were bbq-ing at a friend's house. More food.

The Fillmore Jazz Festival happens every 4th of July weekend in Fillmore Street in San Francisco. We went on Saturday and enjoyed an afternoon filled with jazz and spontaneous dancing in the street. There were three stages along the over ten blocks of Fillmore. We watched the Wiley's Coyotes, a reggae jazz band, perform from 2 to 3:30 on Eddy stage. Afterwards we enjoyed the Ray Obiedo group from 3:30 to 5:30 on Sutter stage. For some reason I have trouble uploading video clips straight from Google photos, so only still shots today. 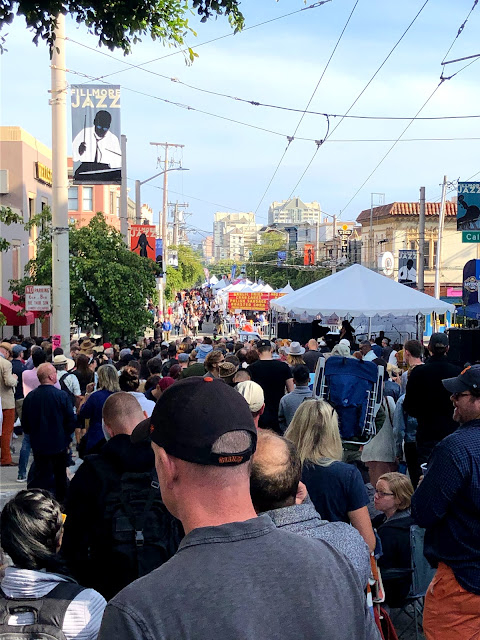 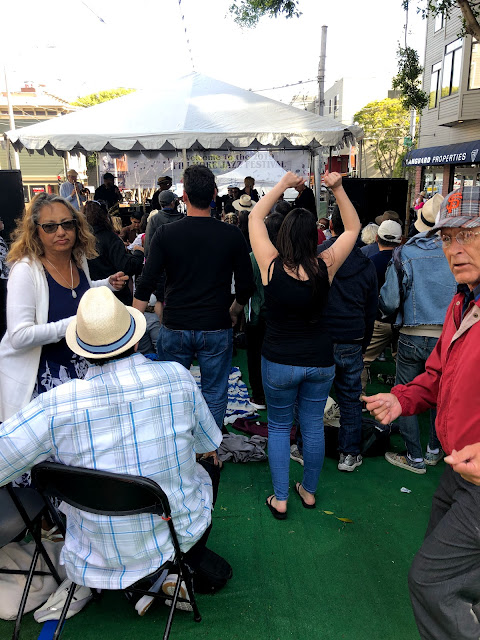 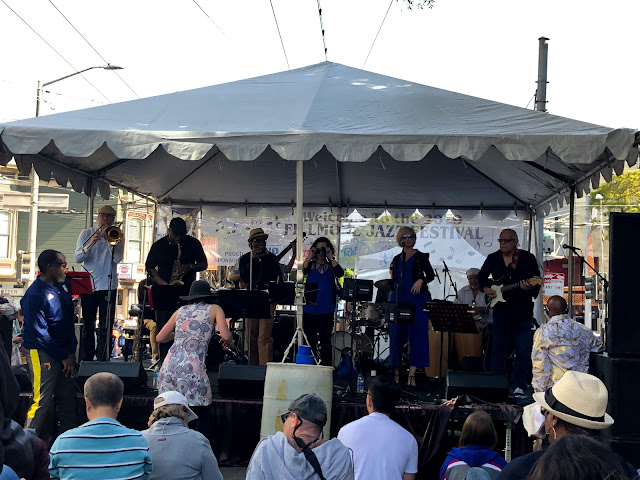 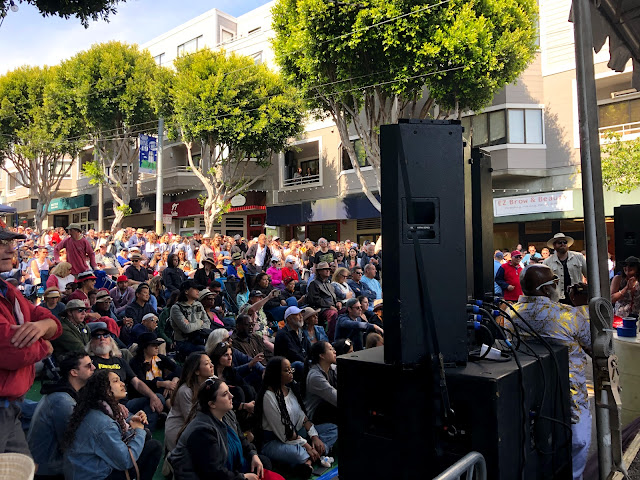 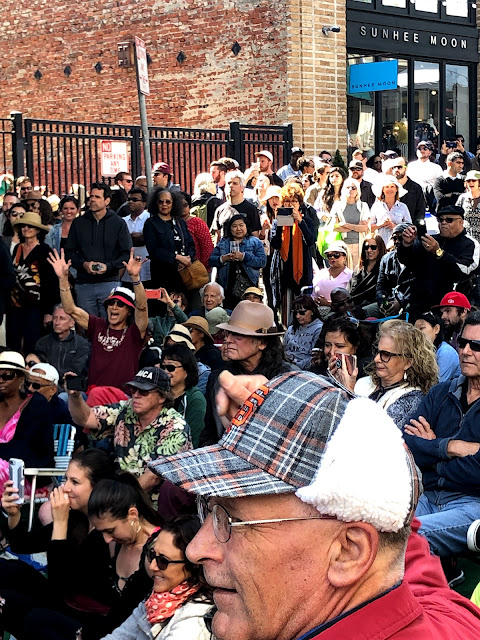 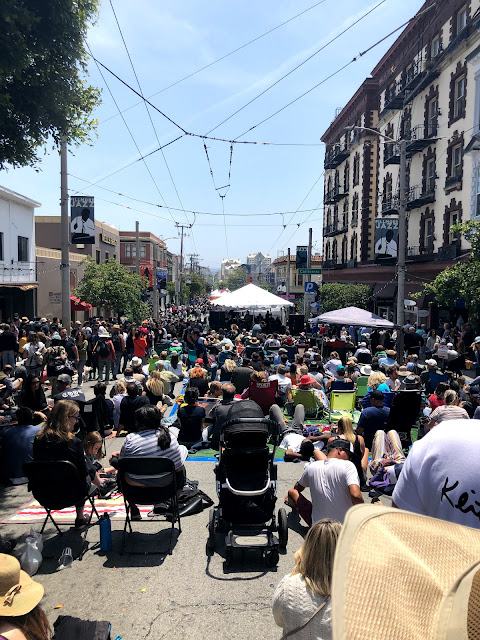 It was a fun 4th of July holiday for me.