The Hassan II mosque in my opinion is the centerpiece of any Casablanca visit. It certainly was for me. As a matter of fact, it is the only tourist spot that I penciled in for this visit.

The nuts and bolts of Hassan II mosque:

· Second largest mosque in the world after Mecca (?)

· Stands on a promontory looking out to the Atlantic Ocean

Architecturally speaking, it is one impressive house of worship - one that can stand up to the gilded Baroque cathedrals of the Christian faith. If time allots, one can spend a whole day here inspecting the many intricate designs/details. The mosque is so stately, so elegant and definitely crafted with such qualities in mind.

As I had mentioned previously, our visit in the city was drizzly and overcast. I could imagine how beautiful the mosque would look in sunny weather with blue skies. Nevertheless, the rainy weather and the cloudy sky did not lessen the impact of the mosque to this visitor one bit.

Let me tell you that this is a goldmine for photo enthusiasts and so there might be more than one post about the mosque. 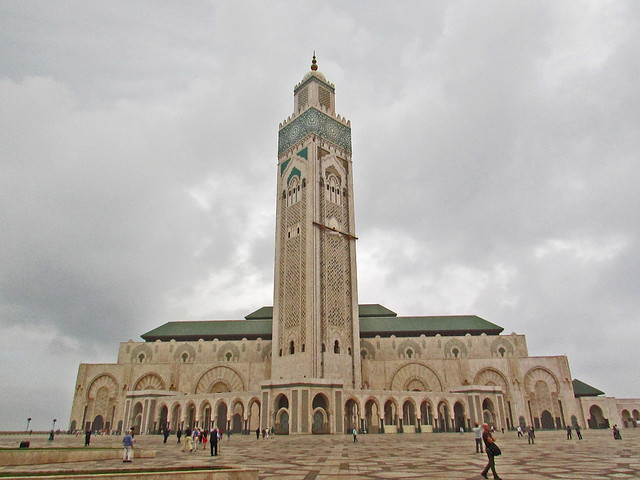 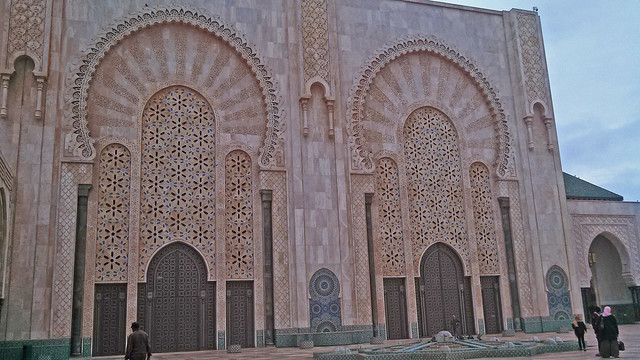 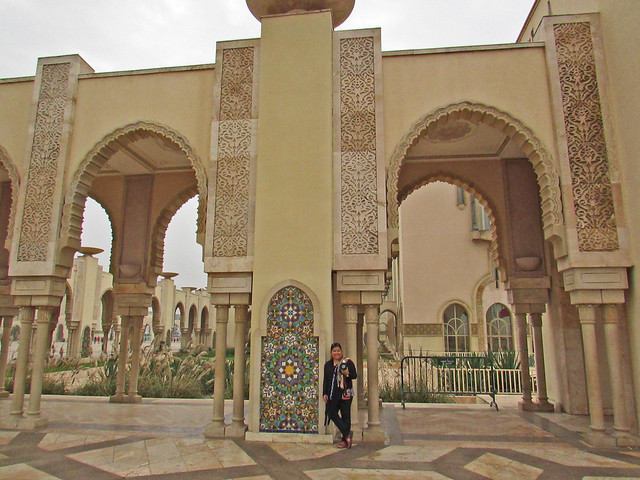 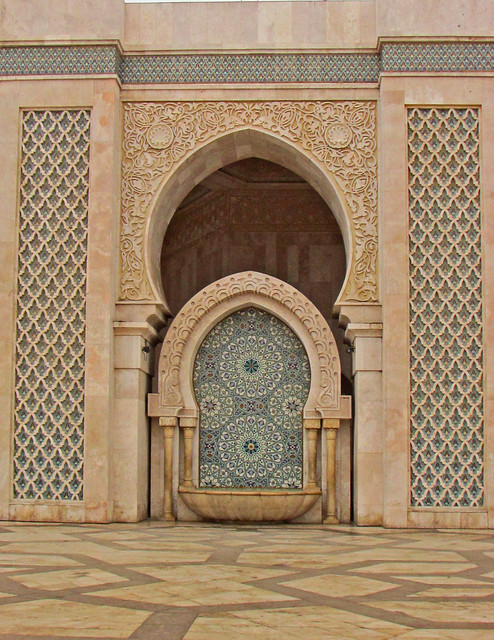 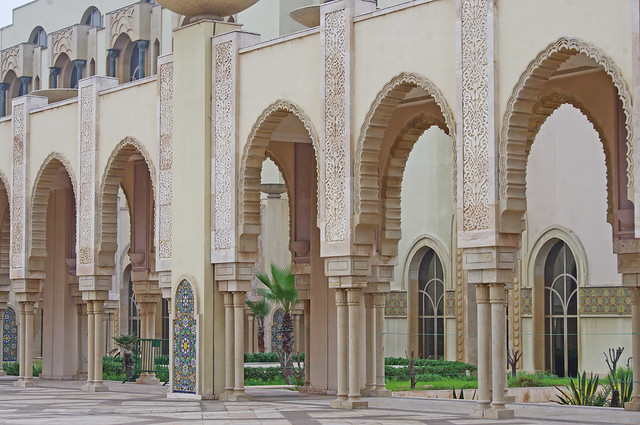 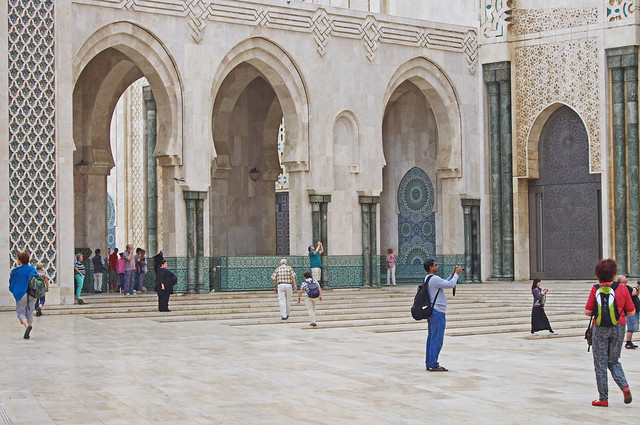 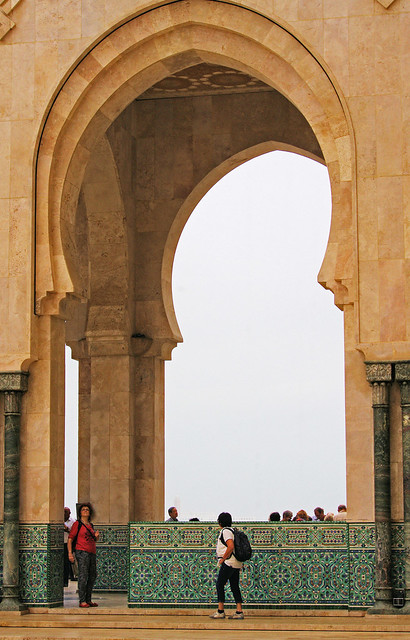 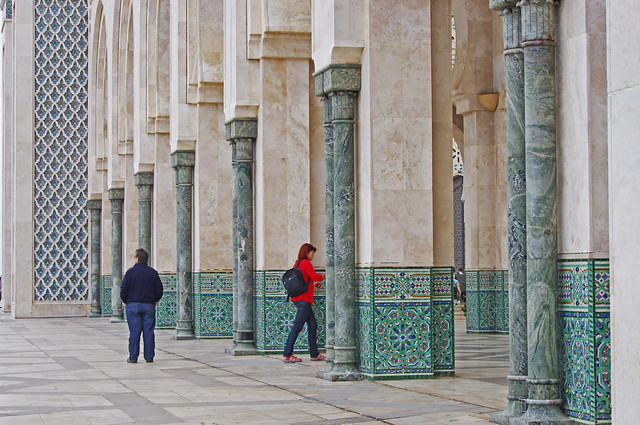 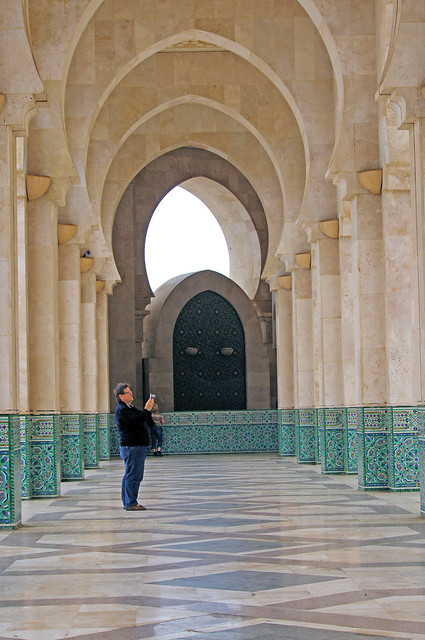 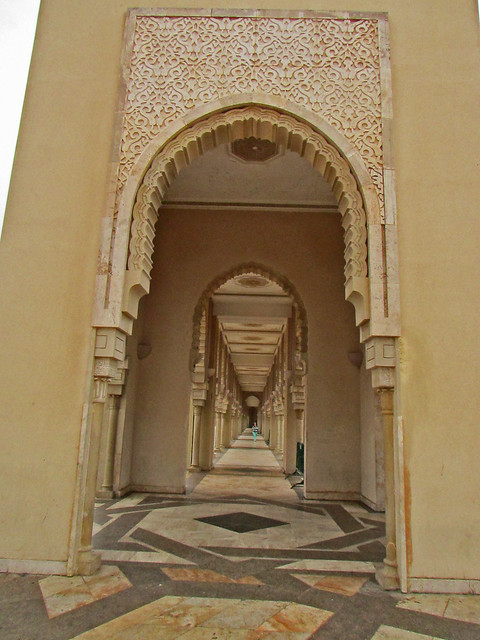 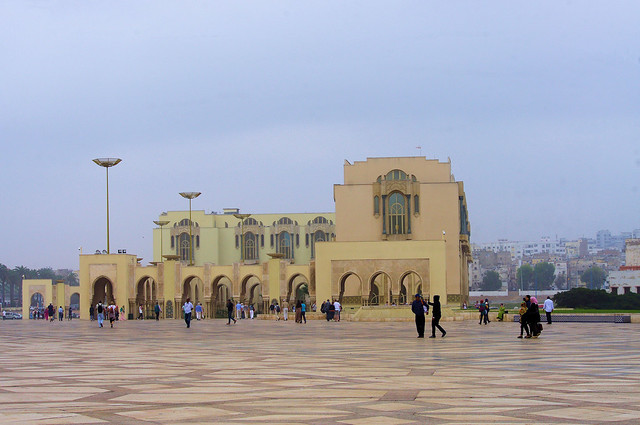 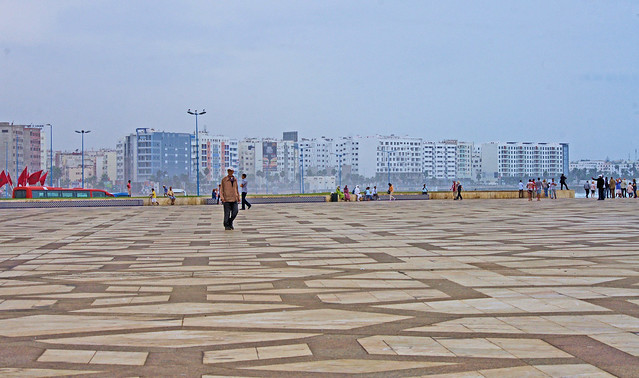 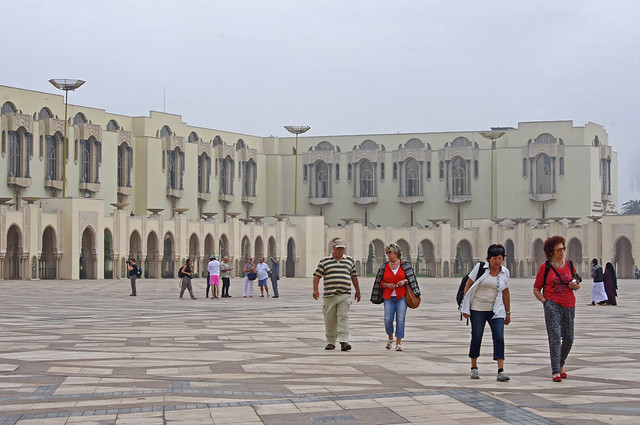 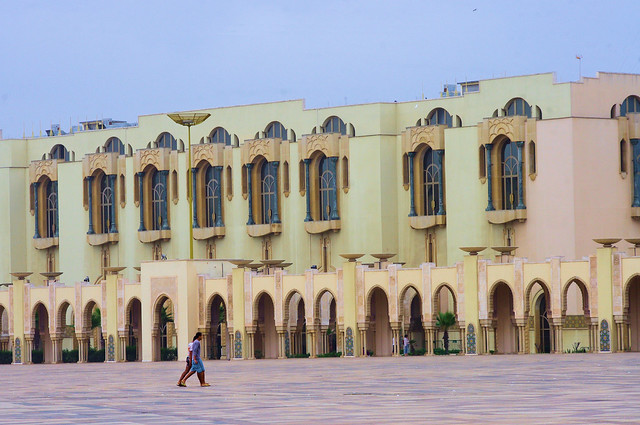 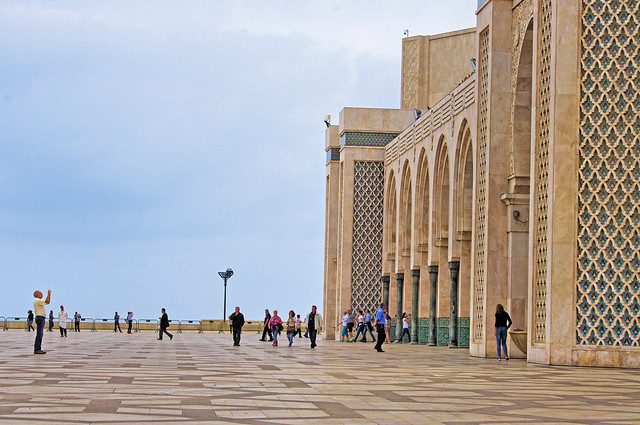 Beautiful and impressive isn't it? And that's only outside. We didn't get to go inside because we were told that you have to sign up for a tour group to be allowed inside.