If you are a fan of basketball, NBA to be specific you knew that our local team the Golden State Warriors won the title two years in a row (3 in 4 years) earlier this month. On June 12, a Tuesday, they held their championship parade in the streets of Oakland, California.

The word about the parade is that unlike the two previous parades, there would be no speeches at the end of the parade. I suppose after having the same speech the past two parades, they just wanted to do it differently this year. In lieu of the speeches, the players went down their buses and interacted with the fans who line up the streets hours before the parade.

We arrived early and was able to pick our spot. We got very lucky too because the spot we have has shade when the parade started and it was elevated so we had a good view of the players. 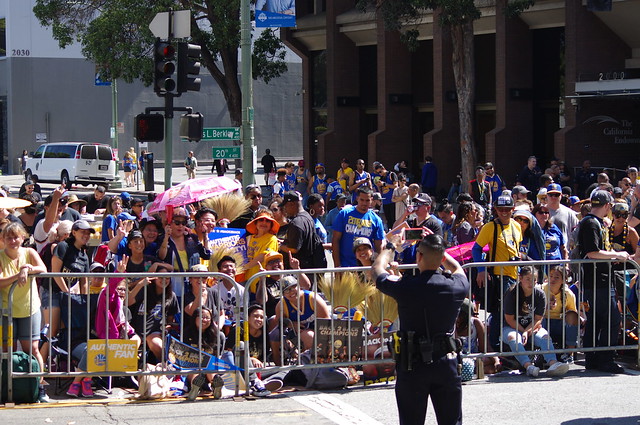 While waiting for the parade to start, the local police officers graciously acted as photographers.

There was a lot of waiting and the crowd grew thicker as parade neared. I whiled the time away by taking photos of my fellow fans. 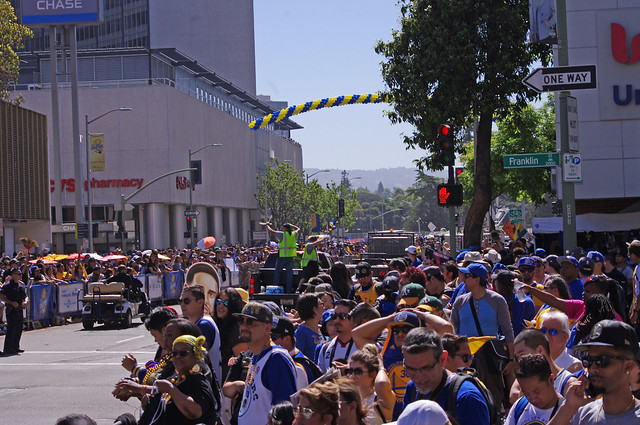 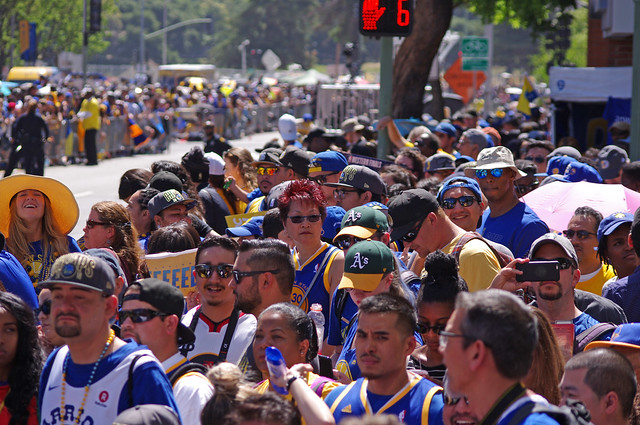 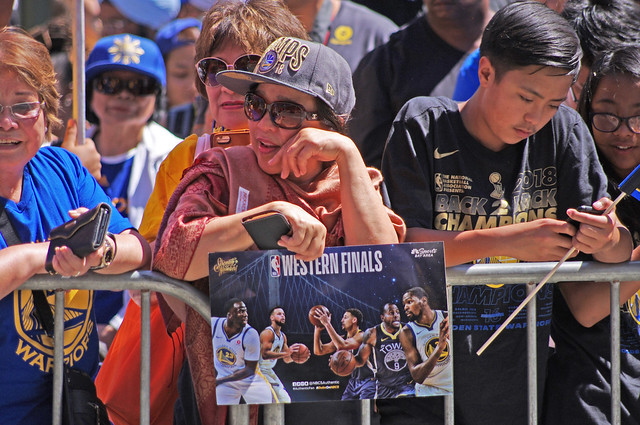 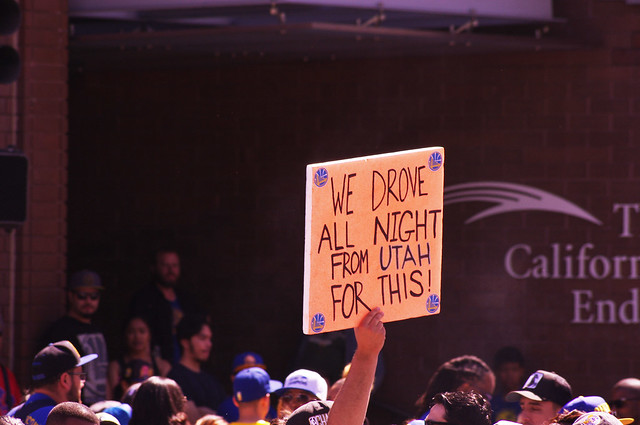 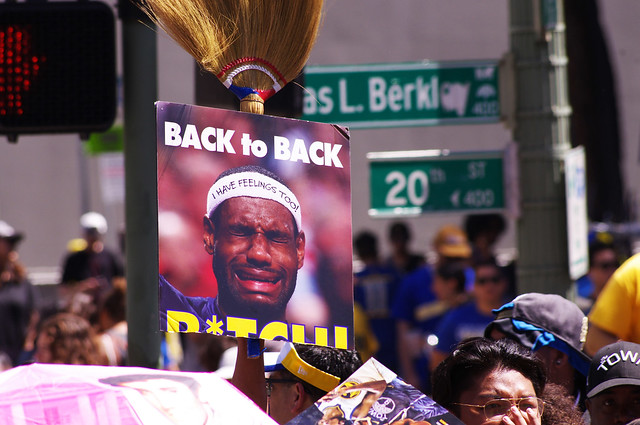 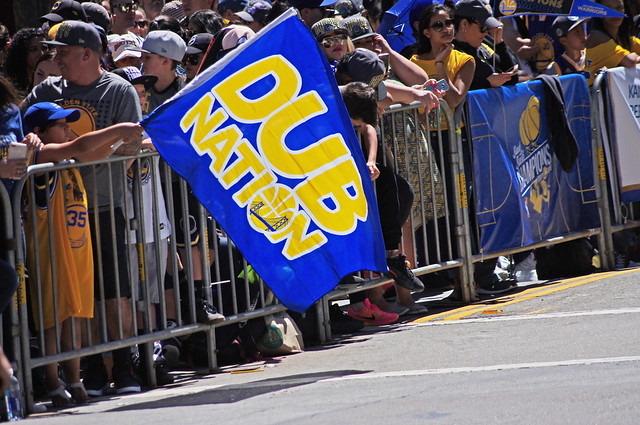 Then the parade started. 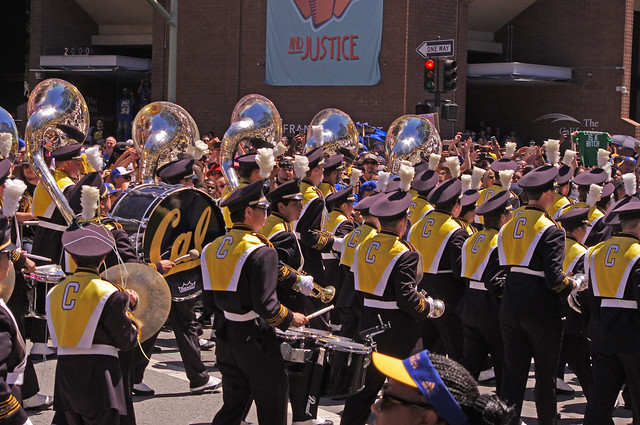 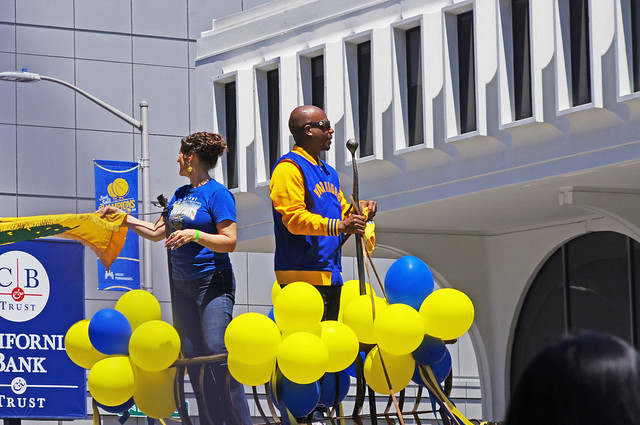 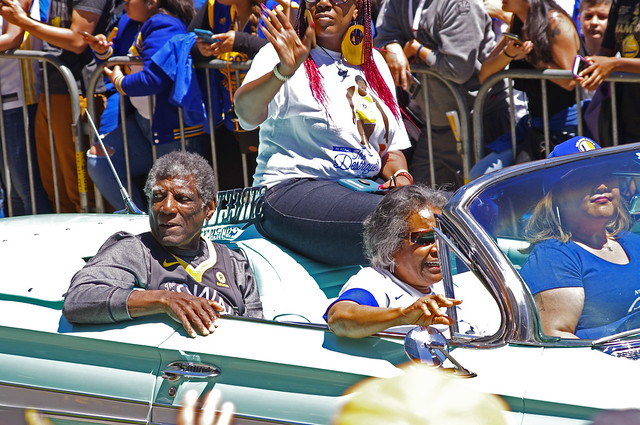 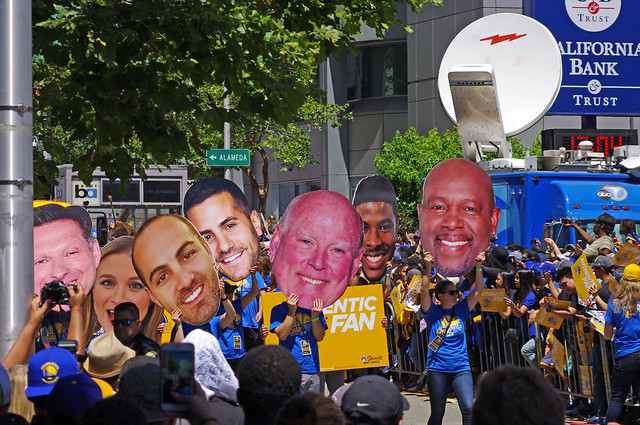 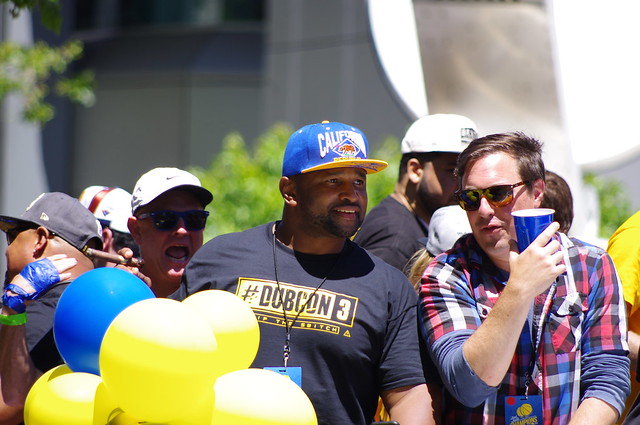 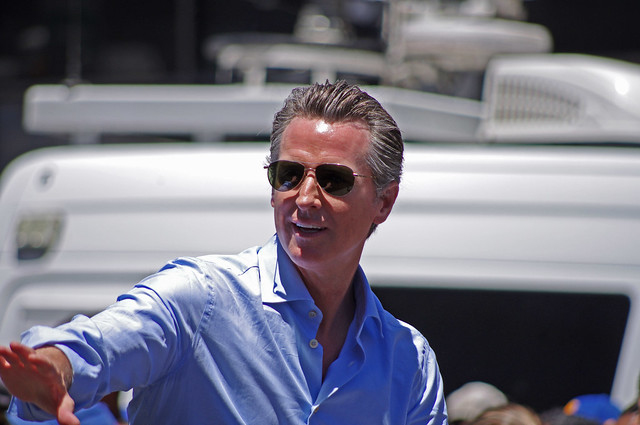 THE PLAYERS AND THE COACHES 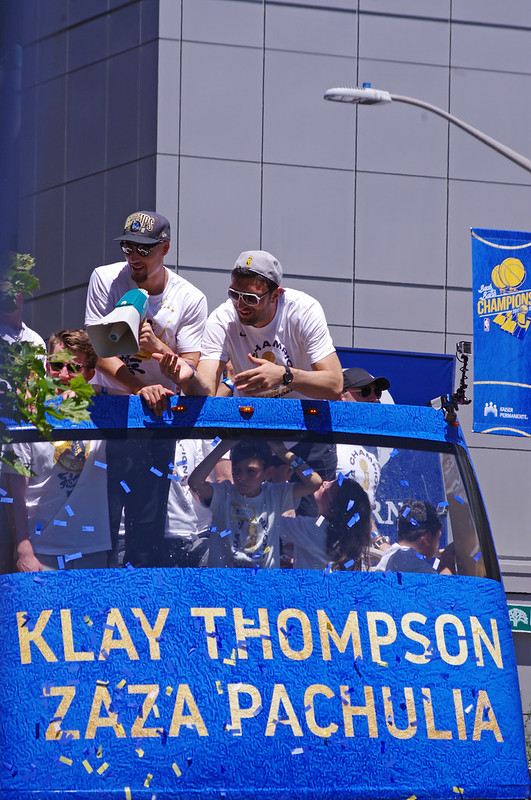 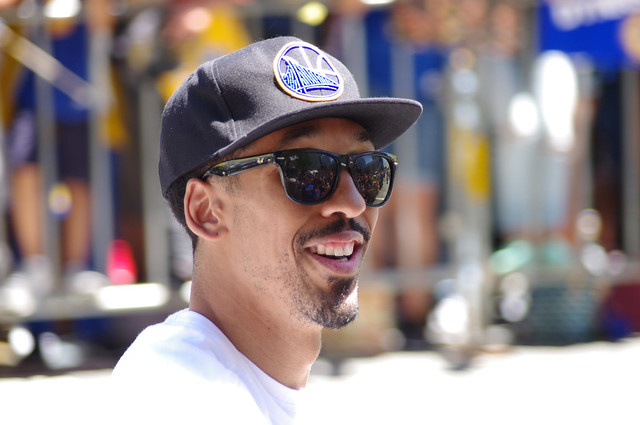 Shaun Livingston went down the bus 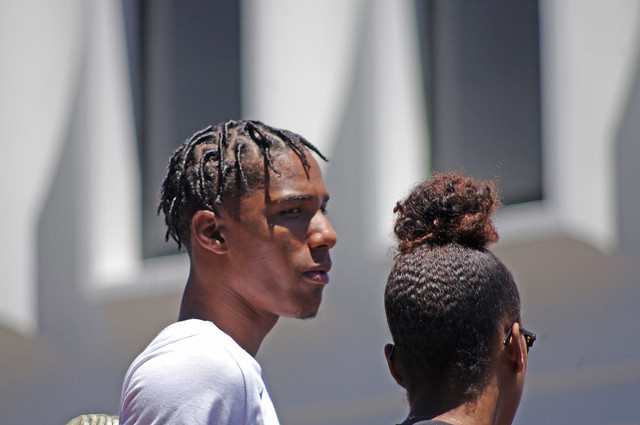 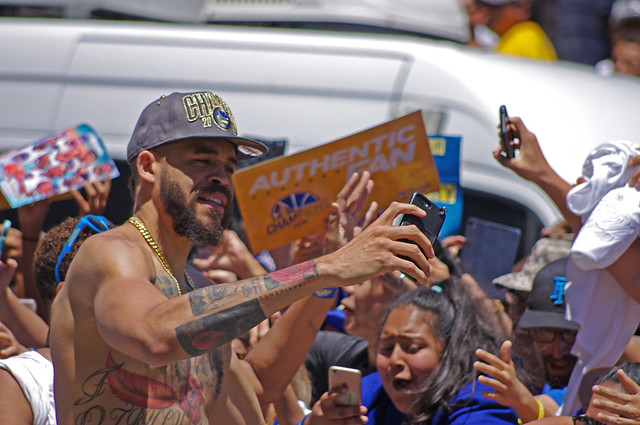 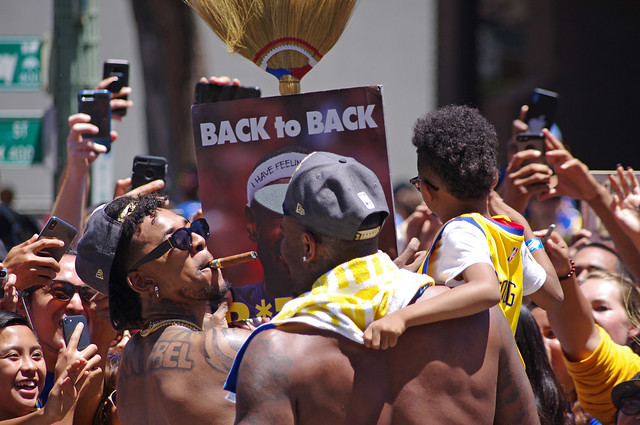 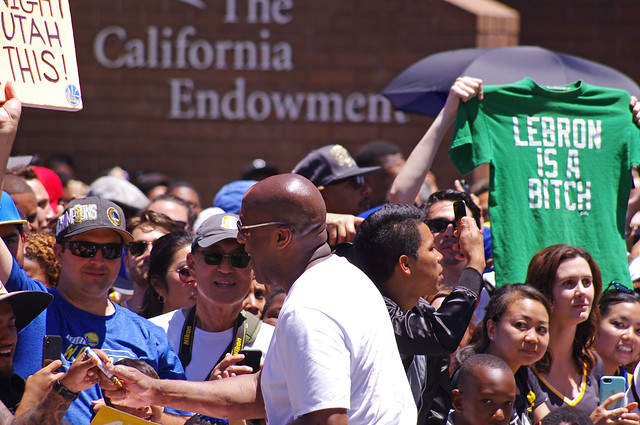 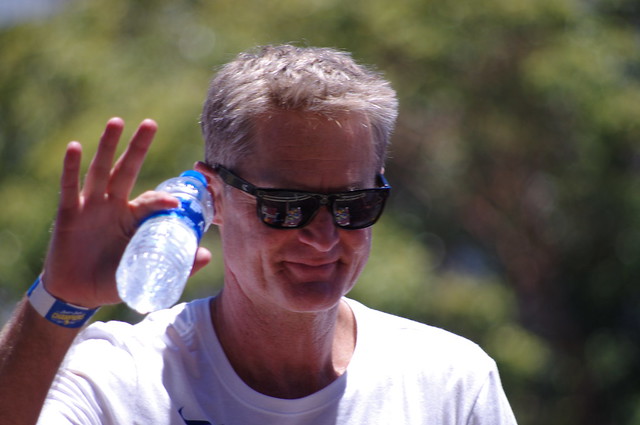 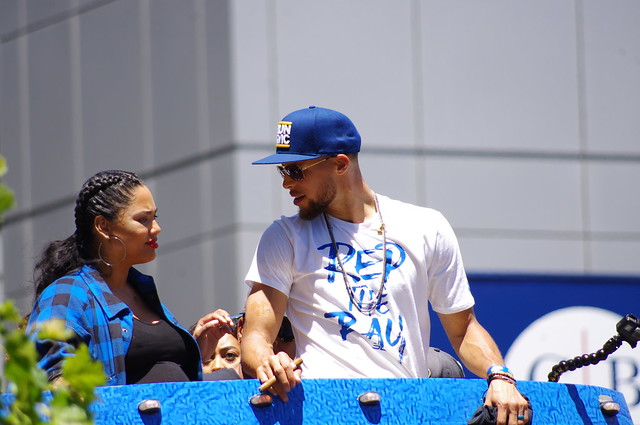 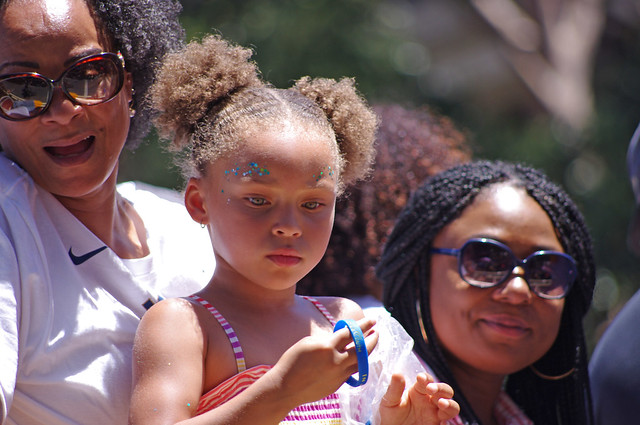 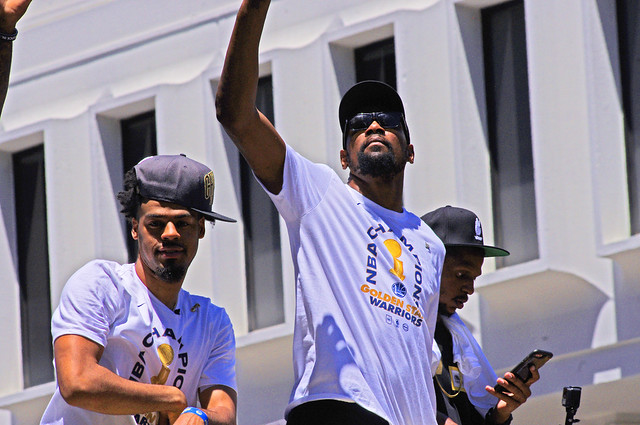 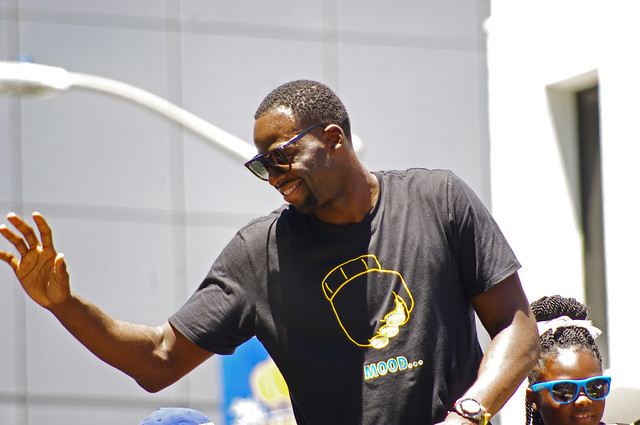 Draymond Green always make a statement with his tee-shirts. 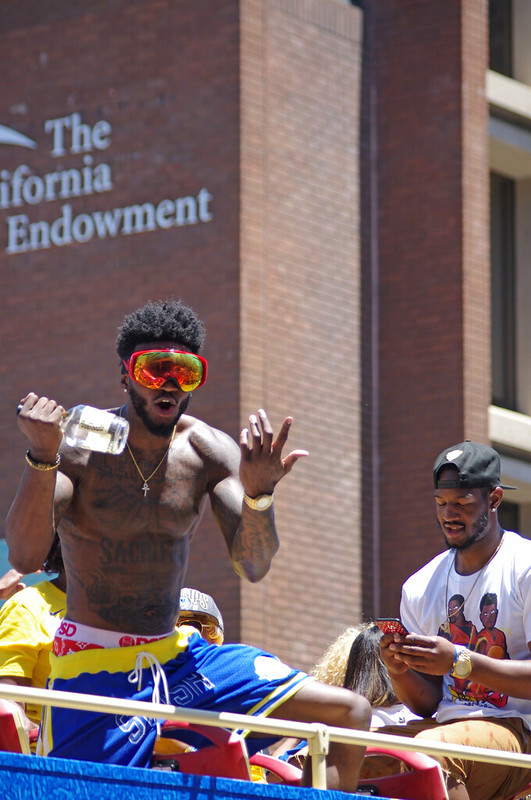 Rookie Jordan Bell had the most fun; when his Henny was gone, he found someone in the crowd that shared his bottle with him. 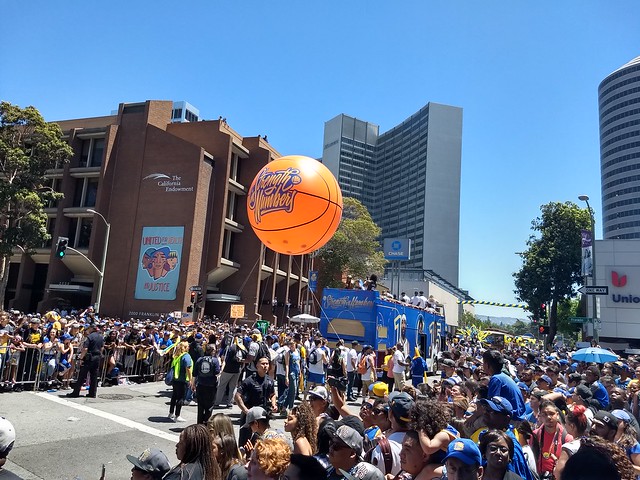