I think this day we were trying to seek out colored beaches, because after the Black Sand Beach, we drove south to the green sand beach or Papakolea Beach with the help of a map (old fashioned). While the beach itself isn't the easiest to find, the parking area thankfully is not a long way from the main road. From here, it's still a 2.5-mile hike to the beach. This fact we did not know. In fact, we knew nothing about the beach at all, except that we wanted to see a green beach.

And so we were so surprised when we got out of the car and the beach was nowhere in sight. In fact, where we were seemed to be middle of pastureland or something. Cars were parked everywhere from the side of the street to a vacant lot. We chose the vacant lot because a spot just opened up as we were pulling up. Next to our car is a couple from (tadaaa! San Francisco) who were driving around the island. They were having lunch of fruits and they offered us some, but we were carrying fruits ourselves, so we declined their offer.

We saw a pickup truck loading people at the back and driving towards the interior and we asked the lady sitting on a plastic chair under the shady tree what it was about. Apparently, to get to the beach one has to shell out $20 per person for a ride in the truck, round trip. The price was a bit steep we thought so we went back to the car and discussed it among ourselves. I only heard of the green beach on this day and so I really don't care if we missed this one, but since we were here and everyone else is excited to see it (cause they saw photos online and I didn't) we definitely want to see it. Now the question is how? Are we willing to pay the $20 or are we going to go ahead and hike. The husband wanted us to try and hike, but the three of us didn't think that was a good idea. For one, we didn't know how far the beach is from where we were standing. Another thing, we have time constraints now, since we arrived here lunchtime and we thought it would be tough to manage the time if we were going to spend most of it walking there and back.

While we were pondering pros and cons of going to the beach (what is that about really, you're on vacation, just go), a truck came in and dropped off a batch of tourists. One of them we asked if transportation is necessary to reach the beach and all of them (we asked one) said yes. It was rough road and far and no trees to get a shade from so it can get really hot. That sealed the decision for us.

We paid for the ride and jumped into the back of the pickup. No safety harness or belts. It's your choice to hold on the railings for dear life as the truck maneuvers its way to the beach. We were about 10 people on the back of that truck. In the beginning, we thought we were scammed because not far from the starting point is a beach area where people fish and swim. We were all vocal about our discontent, and then the truck climbed up the rocky road and off we went. It was a bumpy ride, more thrilling than any theme park ride I've been. On some occasion, the truck was going sideways, I would have loved to see someone from another truck photograph us so we can see how ridiculously dangerous we were going. On the way, we saw many hiking towards the beach, but it was really far as the path goes up and down and can be very muddy and slippery.

But once you get there, the views are spectacular. I didn't realize this but this is the southernmost point of the Big Island and the United States as well. Here is what wikipedia have to say about the beach. 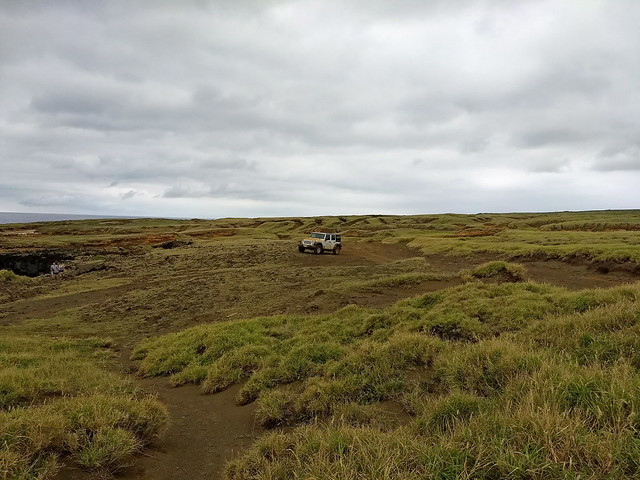 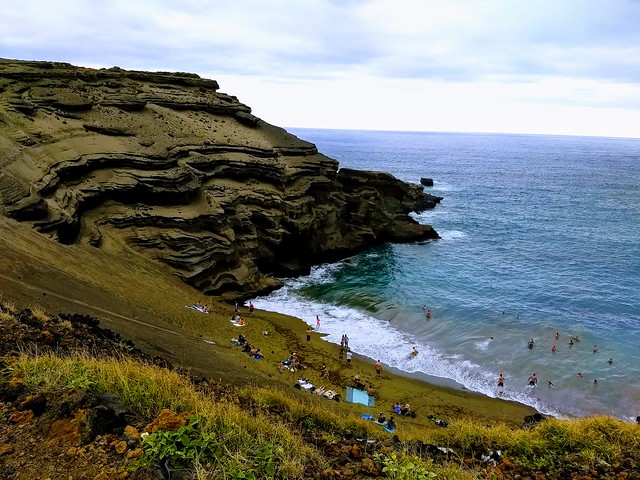 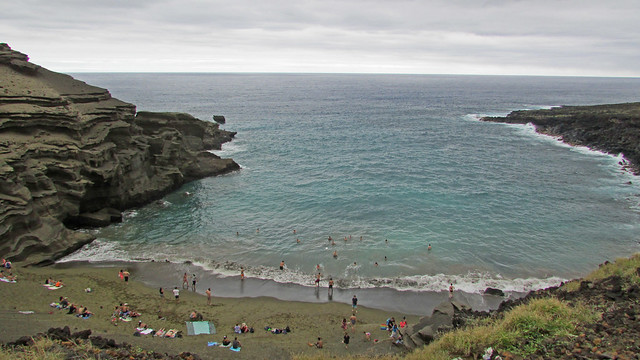 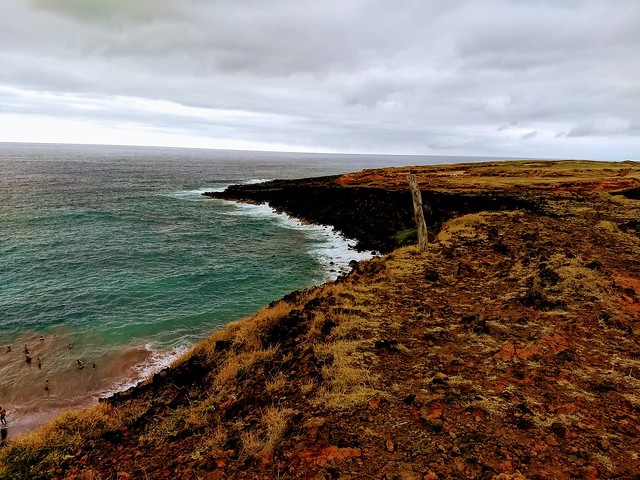 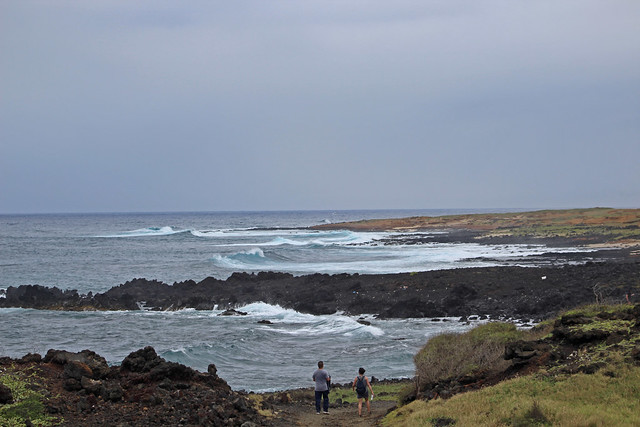 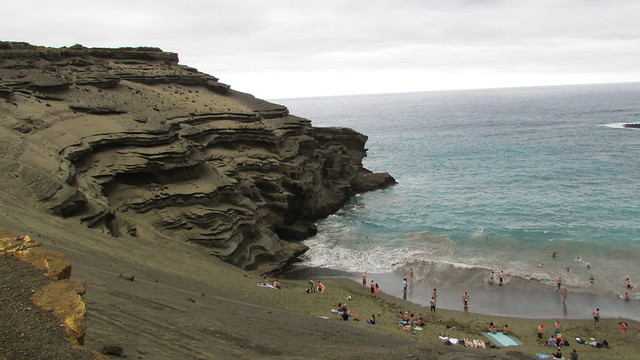 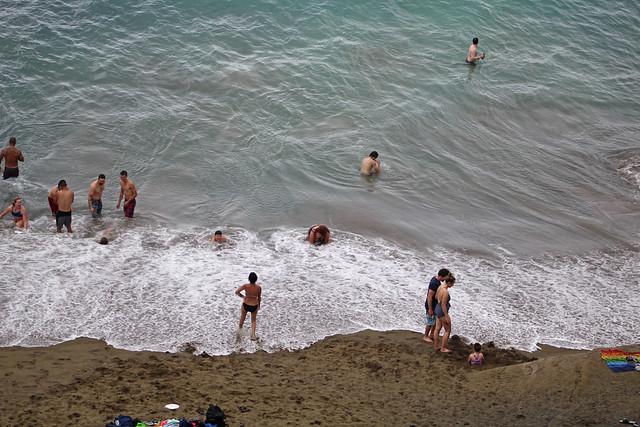 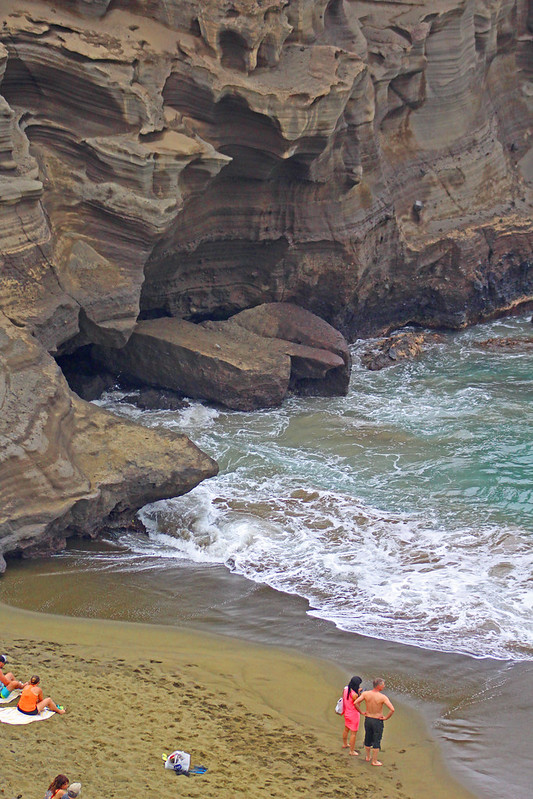 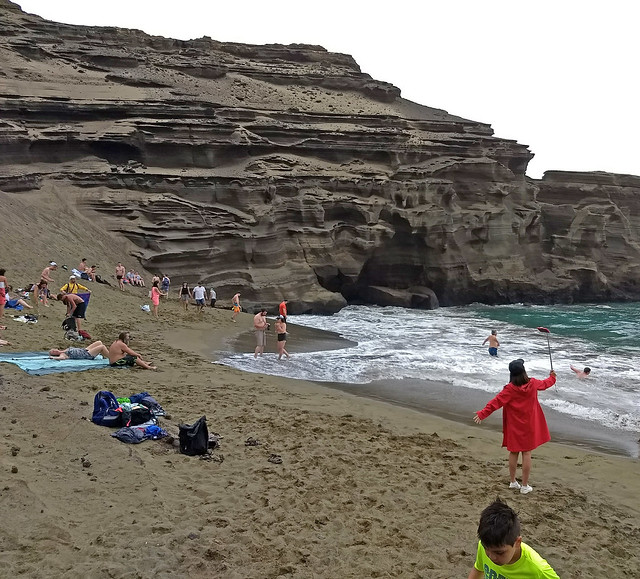 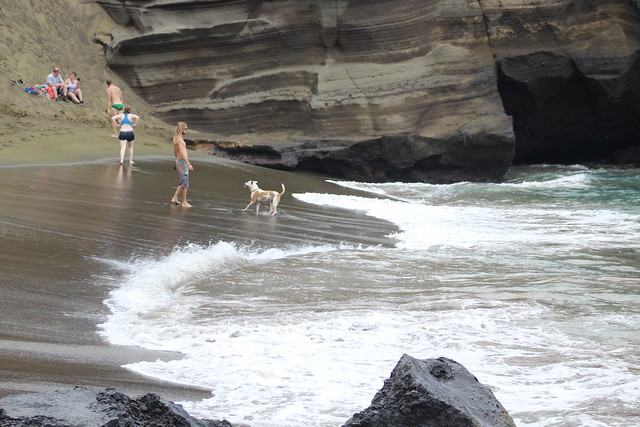 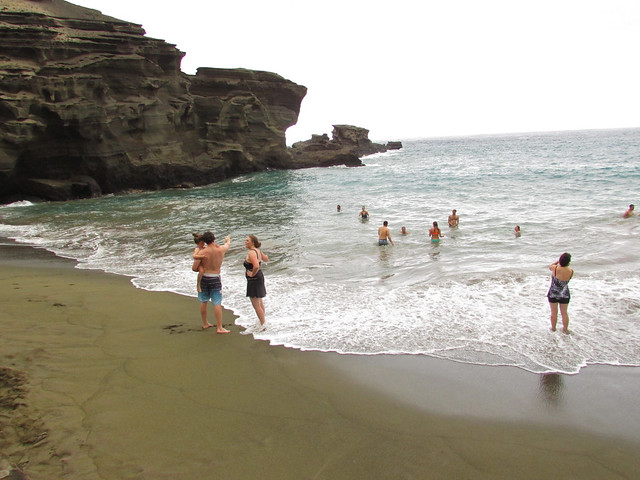 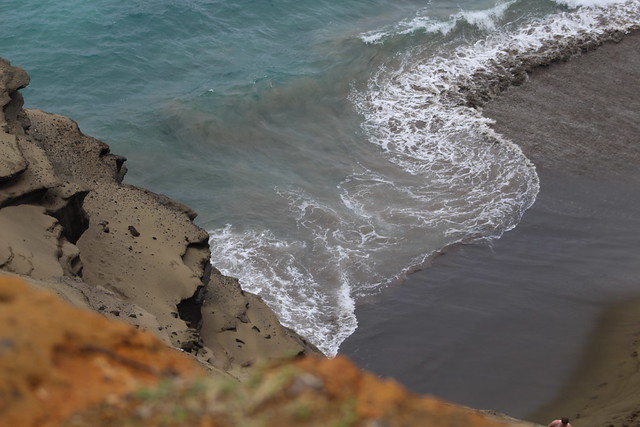 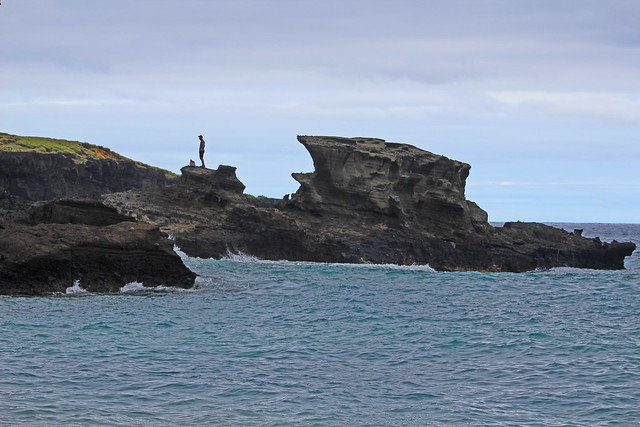 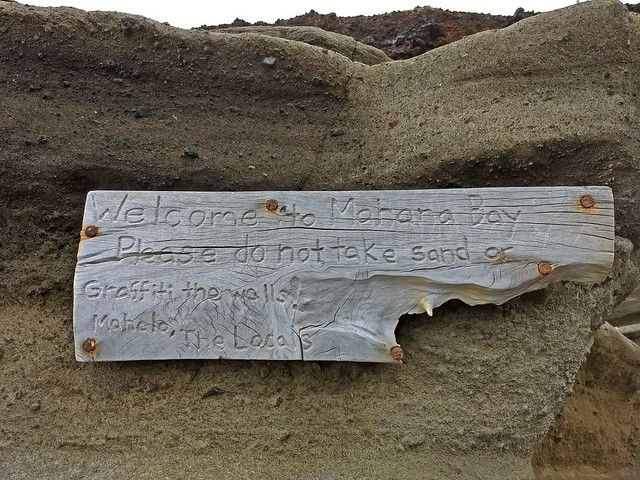 The green color comes from the green crystals or olivines and the beach is mixed with green crystals and black (lava) and white (crushed corals and shells) and so some patches of the beach are more green than others. As a matter of fact, I did not see the green at all in the beginning, until I put some on my palms and then I saw it.

The truck that brought us out there stayed until it was time to go back. Back in the parking lot, we wanted to follow our itinerary for the day and go see the Captain Cook monument, but we knew we were so pressed for time, and it was going to be a long drive to get there. Some other time for Captain Cook.