After a long day in Hilo, punctuated by an amazing Manta Ray experience (for my traveling companions who couldn't stop talking about it), we went back to the other side of the island using the southern route. That choice was made because we wanted to see if we can take a peek at the volcano once again, since the day before we had been unsuccessful due to the heavy fog. The drive was long and us ladies in the back seat took a cat nap.

When we arrived at the Hawaii Volcanoes National Park, I was surprised that the park was open and that you can easily drive up to the viewing deck, although the visitor center/museum was closed. Upon our arrival, we saw 5 people there. A couple who was watching from the far end and a trio of guys we met initially at the Manta Ray Experience. They took the tour before us. Then we found out they all live in the Bay Area as well.

It was amazing because that night, with only the 9 of us there, the experience was pretty spiritual. We saw orange fiery bubbling coming out of a vent and little did we know that this was the beginnings of a major eruption of 2018. No one knew. We thought it was always like this. In fact when we were there, we all experienced the shaking, a small earthquake, followed by drumming and chanting from the distance. We surmised that the local Indian tribe was doing some sort of a ceremony. We took photos, and when we couldn't take any more, we drove back to the rental. Oh by the way, we got stopped by the police. Our driver apparently was going over the limit. Thankfully, they let us off with a warning. 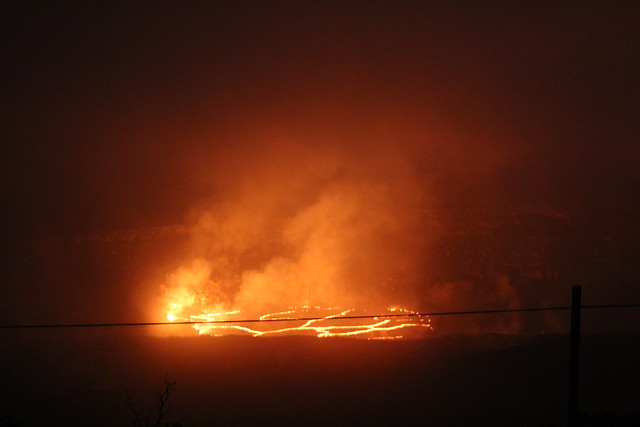 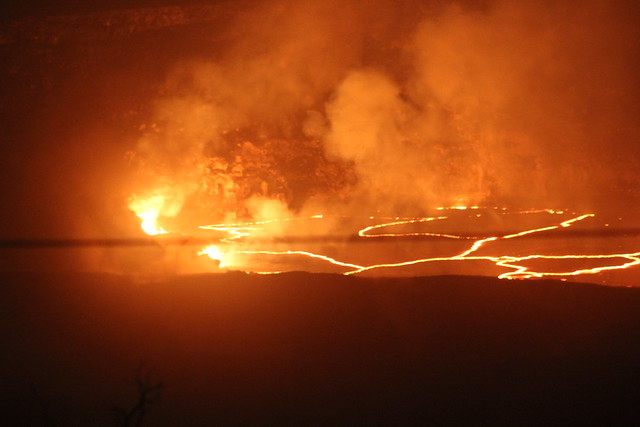 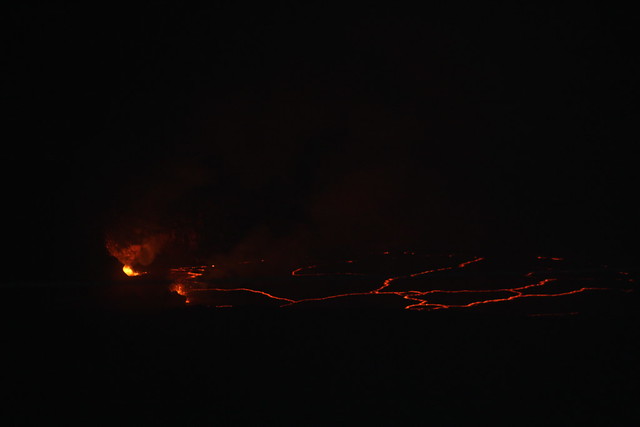 The following day was another gloomy rainy day. We were supposed to visit my husband's former co-worker who retired in Hilo to become a farmer. The flea market nearby was our meeting place, however, we overslept and coulnd't meet him up there. Still, we got to the market and see what was selling. Unfortunately, it was raining so hard we hardly took any photos at all. Afterwards we were given directions on how to reach the farm.

But before we went to the farm, we wanted to see the thermal pool or the hot ponds of Ahalanui. Beautiful spot where locals and tourists dip in the hot pond and look out into the ocean. I wished that we had brought our suits so we could have dipped here too, but well we didn't plan this trip well. Sadly, I heard that this county beach park was overrun by lava on July 11, 2018. This was how the park looked like before the lava flow. 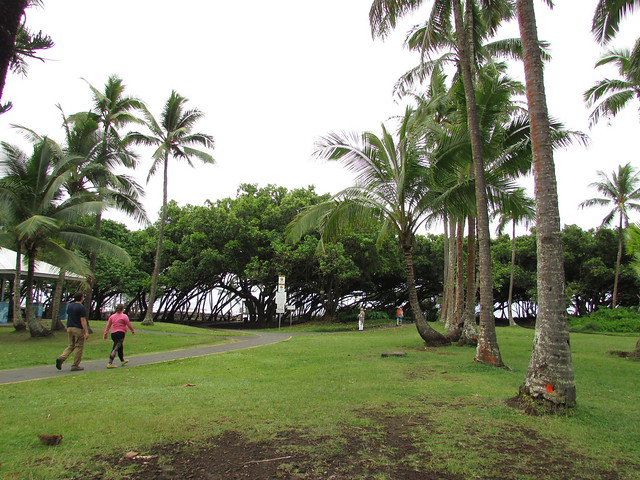 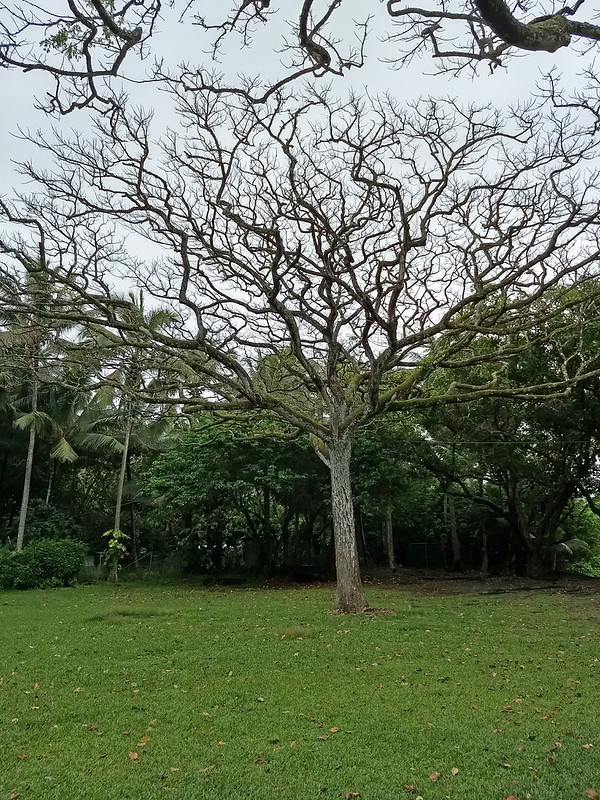 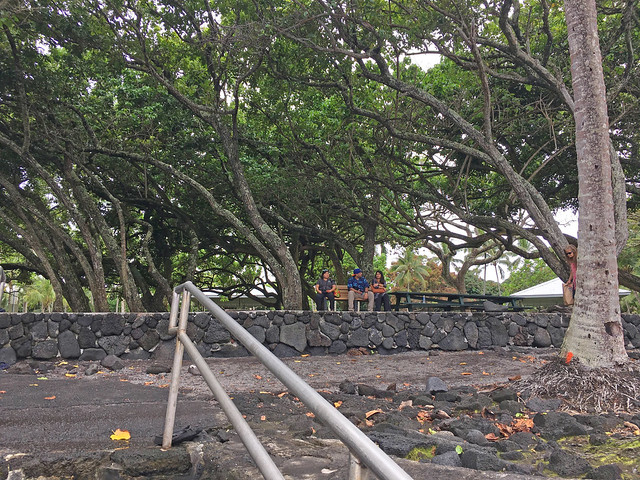 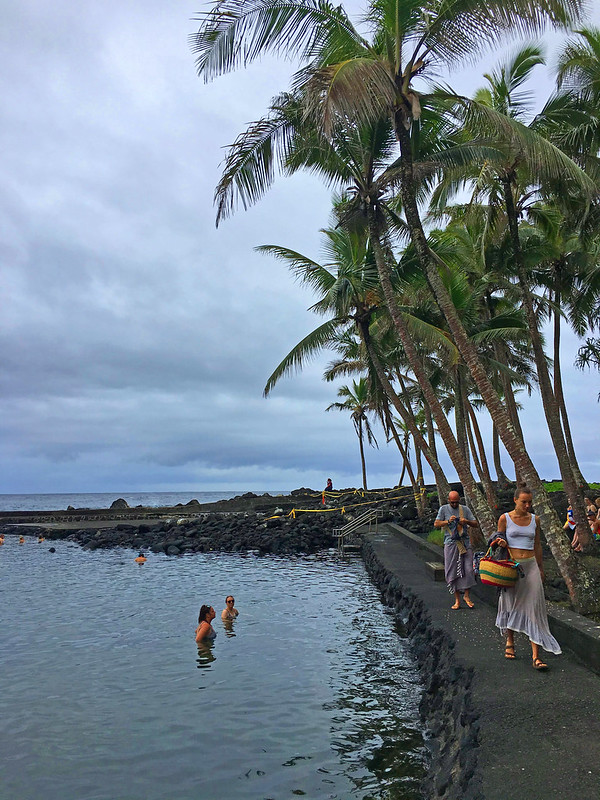 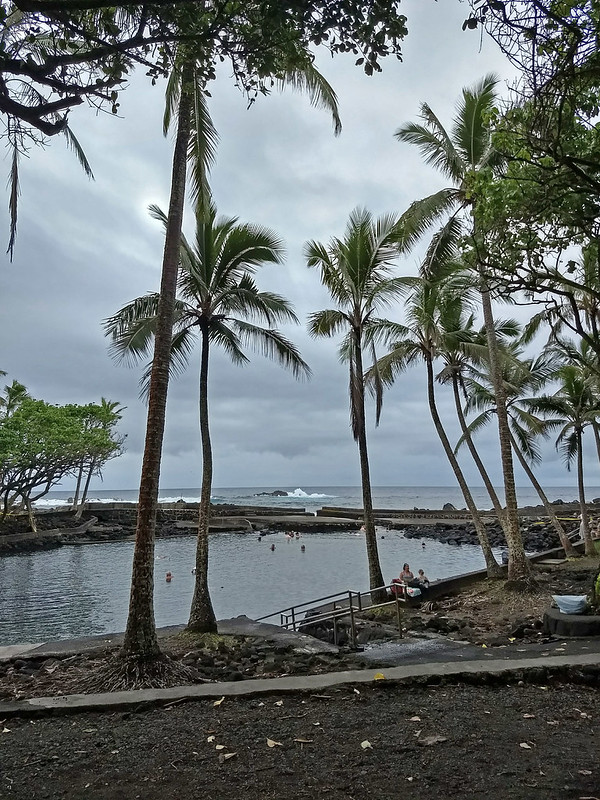 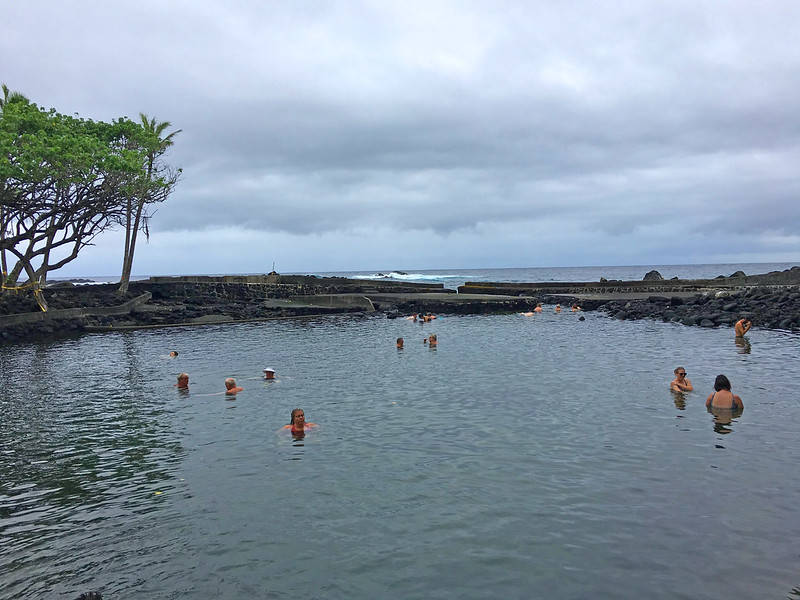 From this park, the ex-coworker's farm is about 15 minutes away. We entered a private drive that forks a few yards from the main road. The house numbers were not listed on the signage. Then car coming out from the left side of the fork stopped to let us go, but when we asked if he knew the man we were going to visit, he said he didn't. So perhaps we should take the right side. Thankfully, we deduced correctly and pretty soon, we were pulling up in his farm.

He had the most wonderful house I have seen for a retirement home. I loved it. He and his neighbors evacuated a day later, unfortunately. We have not heard from them since then, although we found out they were back in California soon after the evacuation.

He started planting cacao and organized the first Chocolate Festival in Hilo a few months before this visit. He showed us his farm and visited with him for a bit. 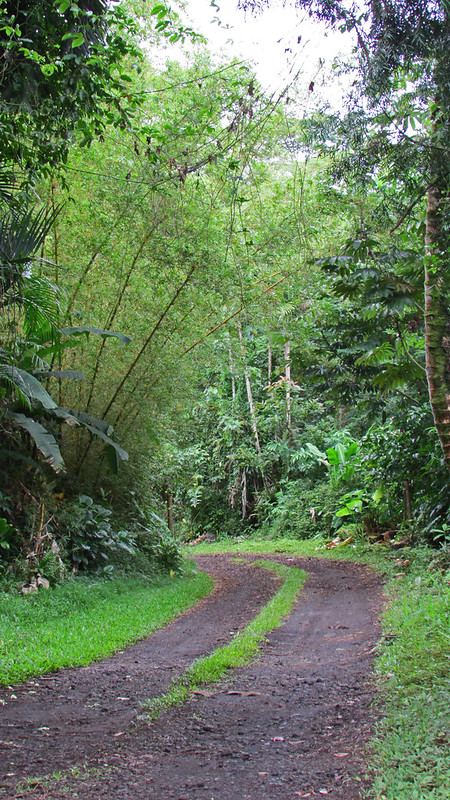 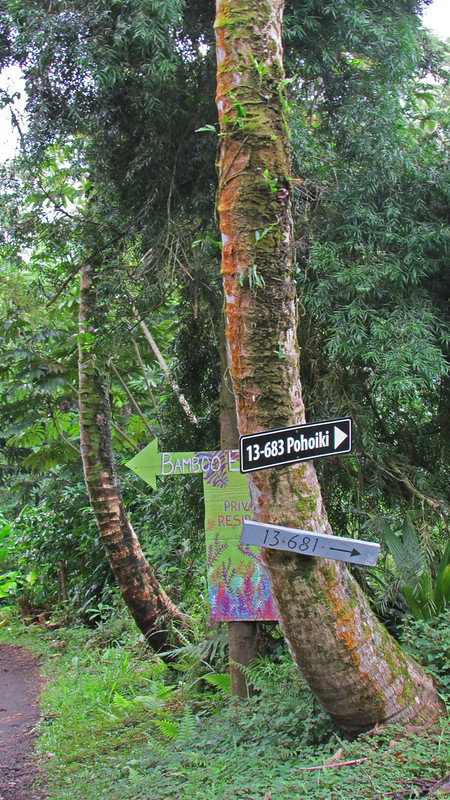 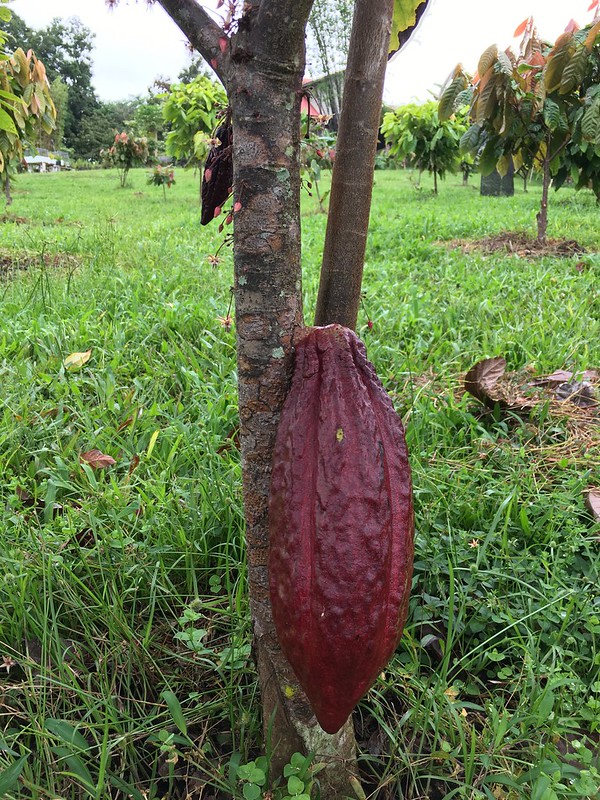 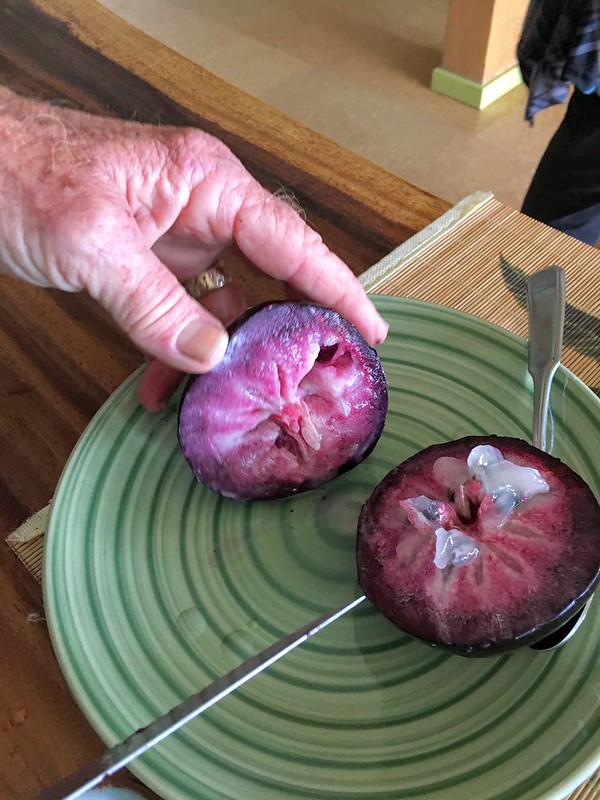 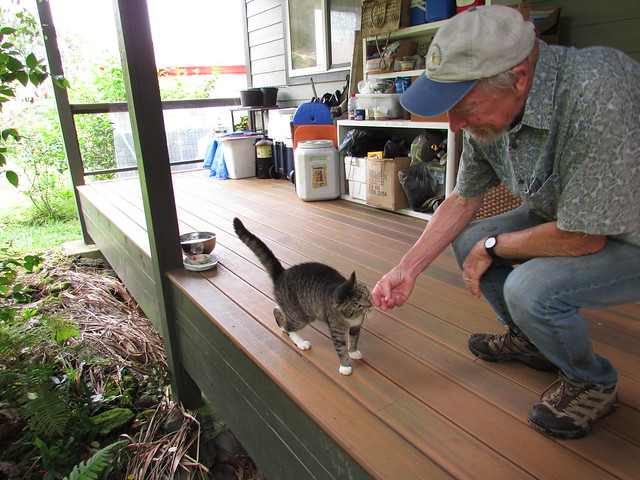 This was our last day in the Big Island and we had plenty of places to see still.