Let me preface this road trip by saying that the planning involved 2 more couples, travel buddies of ours from Canada. Up until the last minute (even though the planning was pretty last minute by our standards) all the plans were fluid. Scheduling conflicts arose, like vacay time did not get approved as expected, so the husband and I ended up doing the road trip on our own. One couple did a similar road trip weeks later.

This road trip has been playing in my brain for years and years, but not until a friend of ours did a road trip a year before that I realized this dream can be fulfilled. So when we had a week off without a destination and the husband did not want to do another week-long Caribbean cruise or a Southern California drive to visit friends, I proposed this road trip that easily got a thumbs up.

The internet has a lot of information and tips about doing this road trip. We practically copied this itinerary and tweaked it a bit.

The trip started when we flew to Vegas and had an anniversary dinner. This is where we started our road trip.

We stayed the night in Circus Circus and given a room in the Manor. Two queen beds, free wifi, but totally dated. Needs to be refurbished.

I love the drive from Las Vegas to Arizona. Landscape is spectacular. In the Arizona-Utah border the area was so beautiful that we pulled over the shoulder like so many others to take selfies. Later Google tagged my photos to be Virgin River Canyon in Littlefield, Arizona. 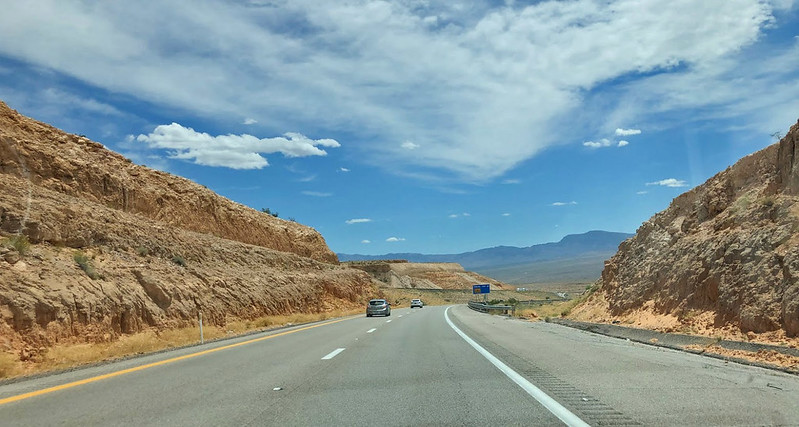 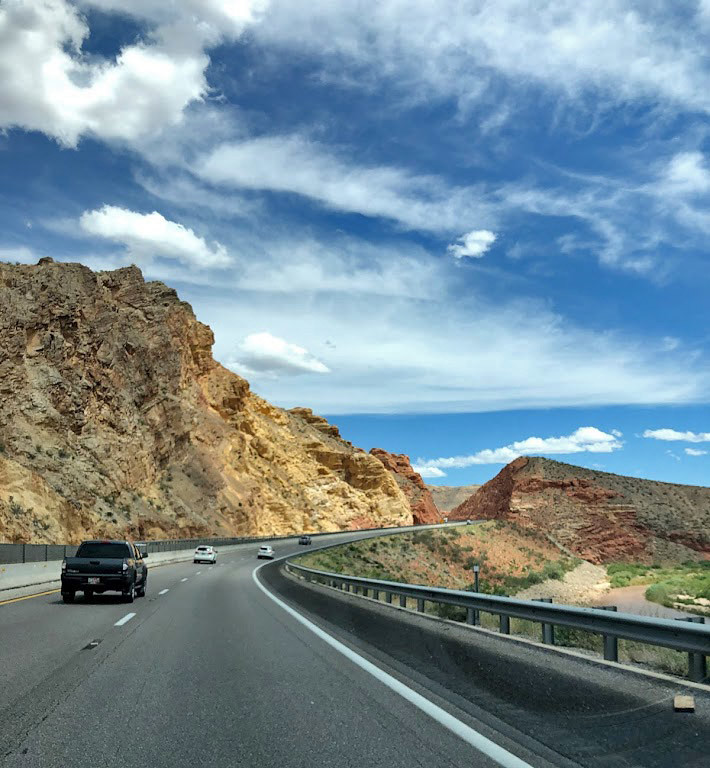 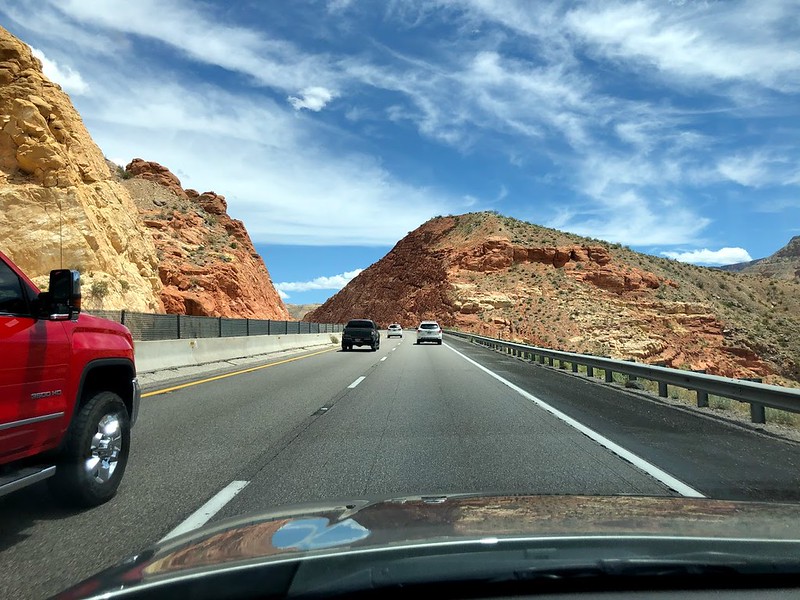 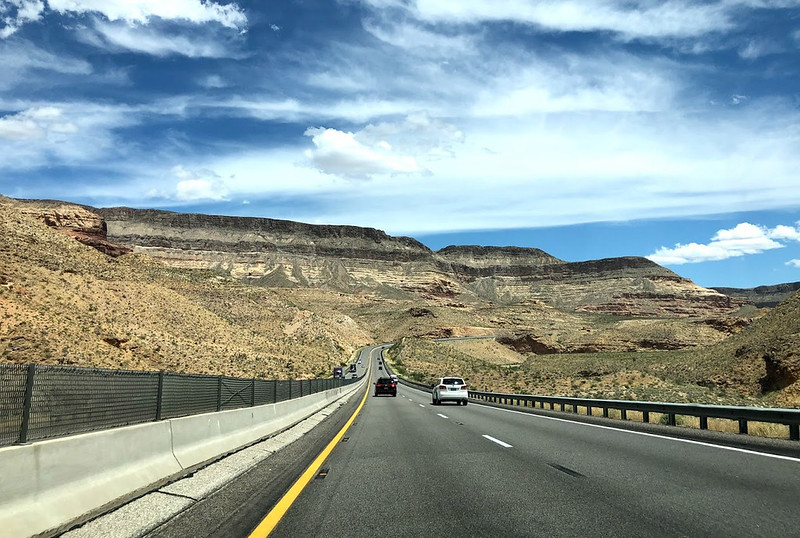 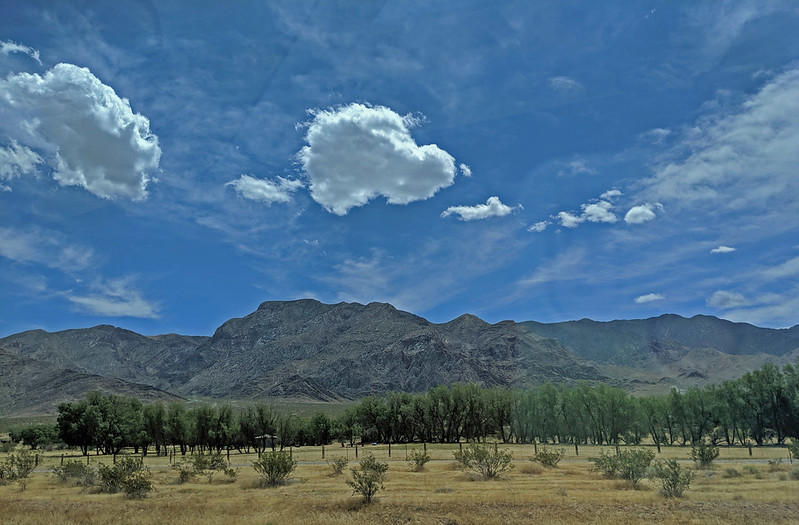 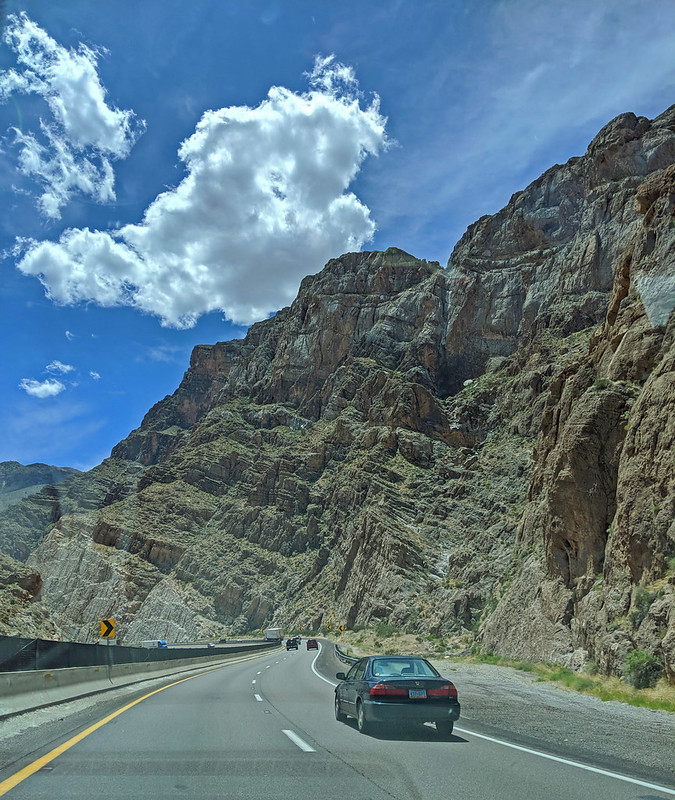 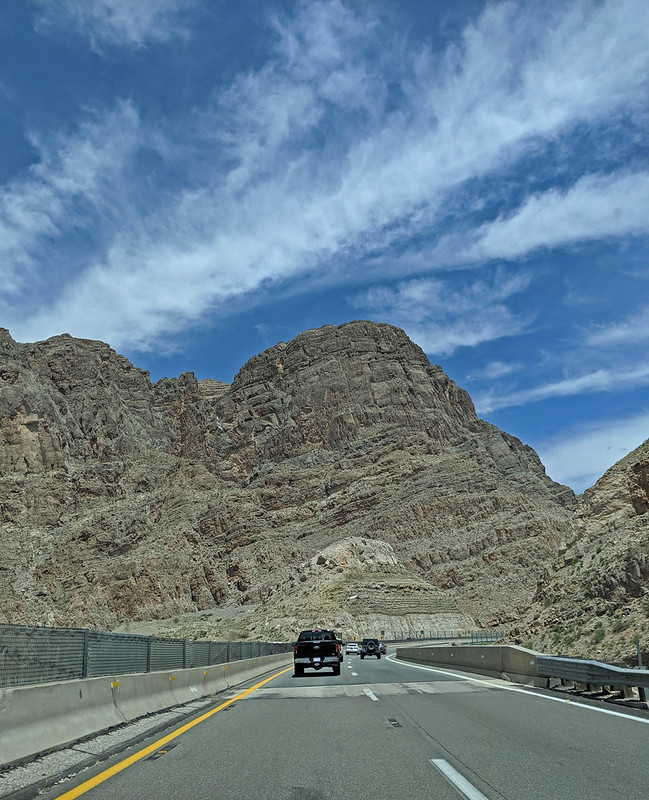 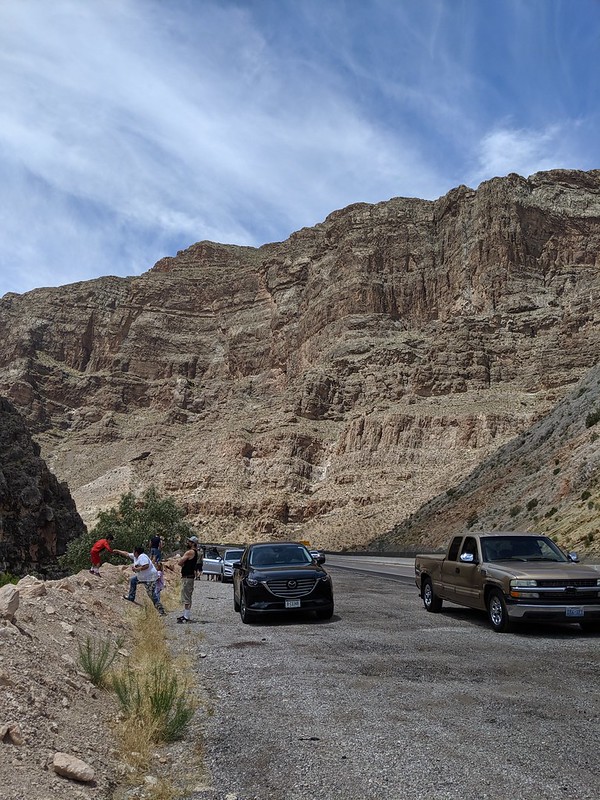 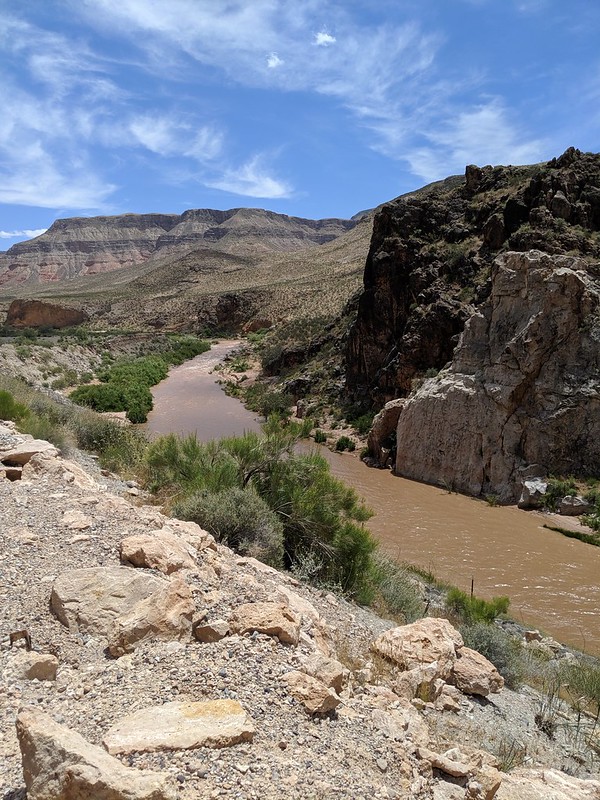 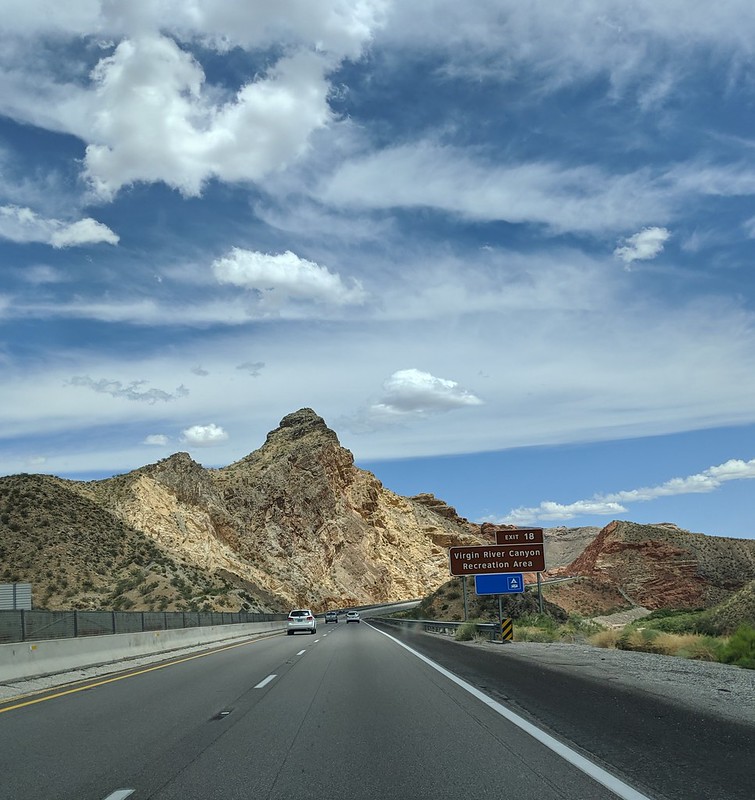 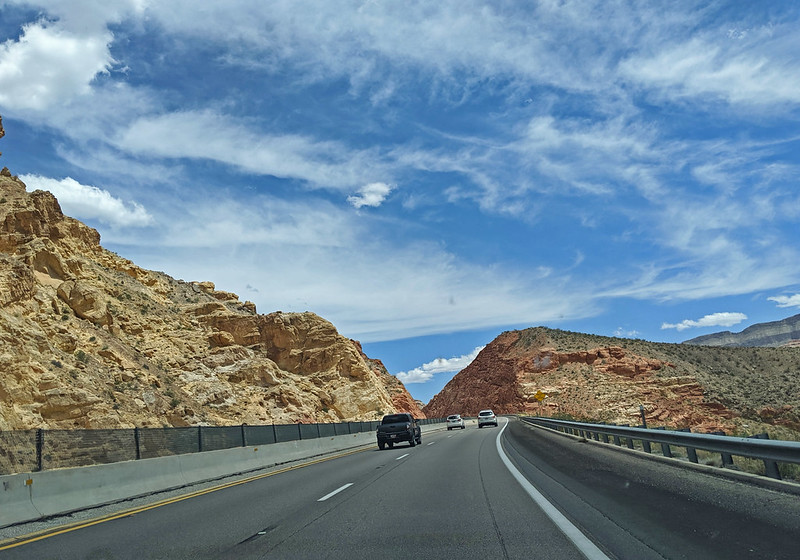 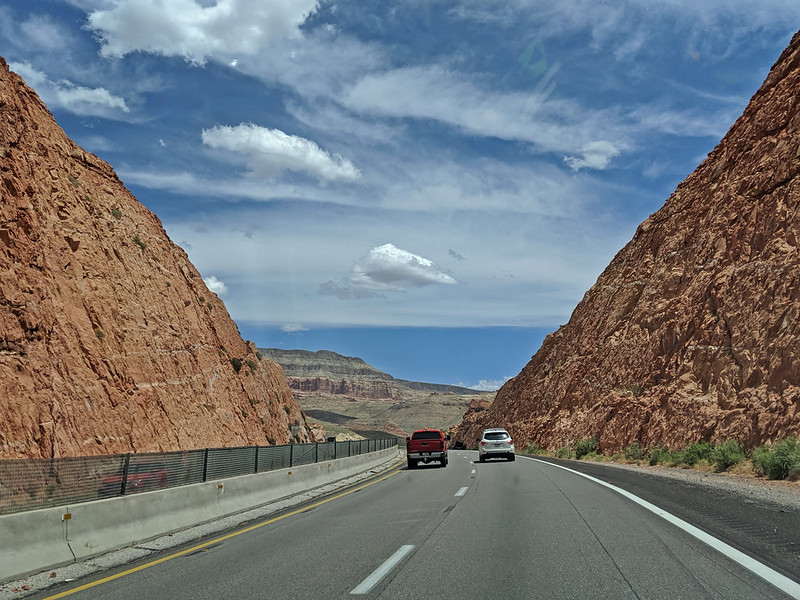 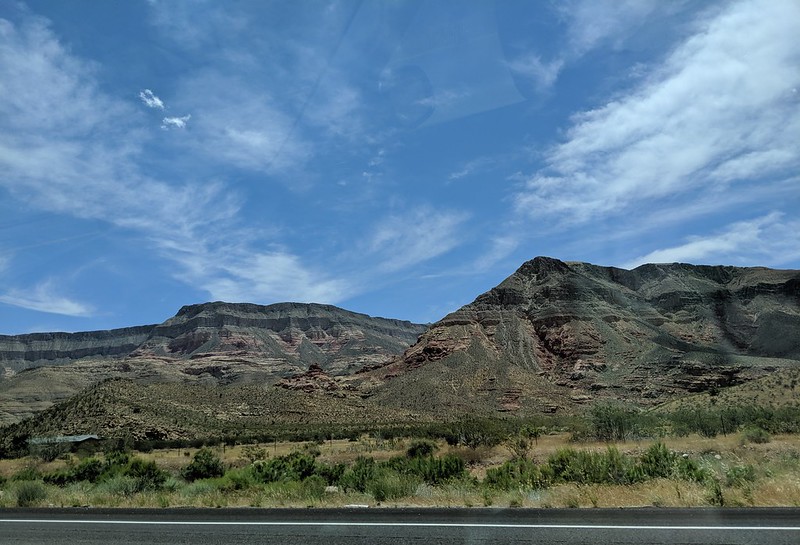 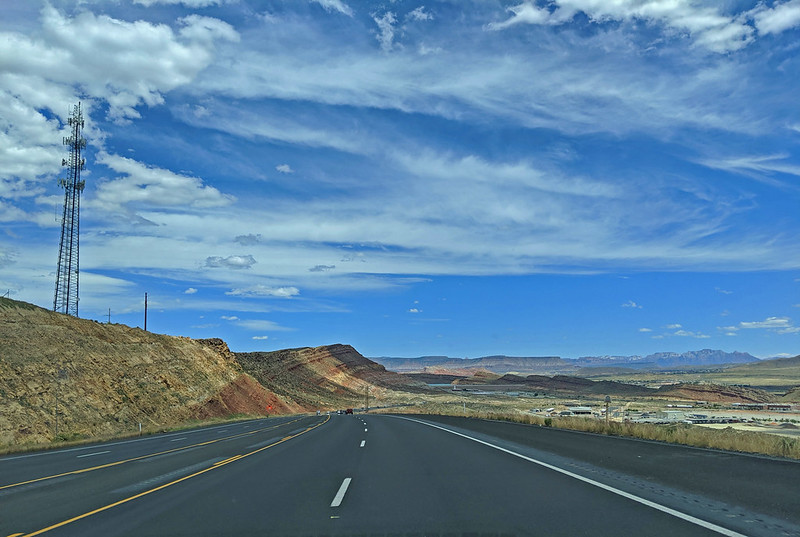 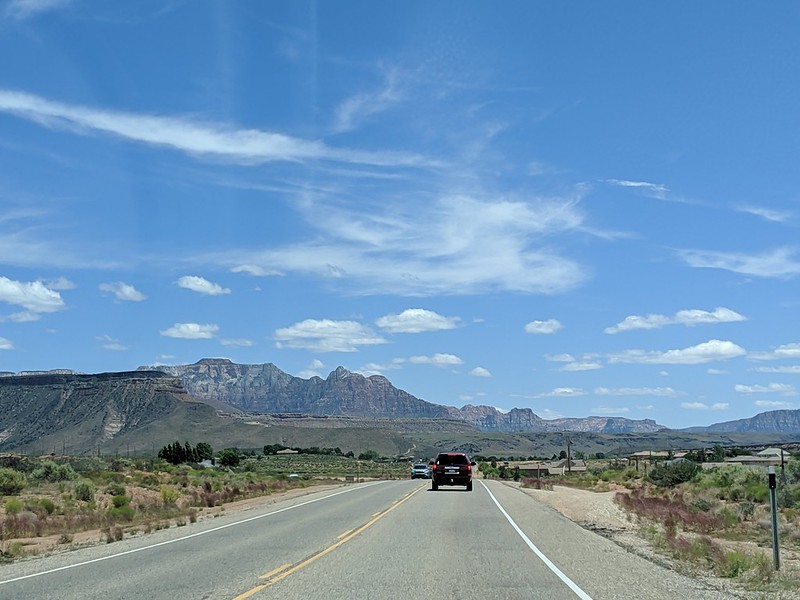 This area is not too far from St. George, Utah and Zion. Allow me to serve this series in bite-sized pieces. I must say that one year later, I still haven't completely edited all the photos I have captured. This would be the first trip that I relied mostly on my phone to capture photos.
Labels: Nevada/Arizona/Utah Road Trip red rocks road trip Virgin River Canyon