Ebony and Ivory (in NorCal) 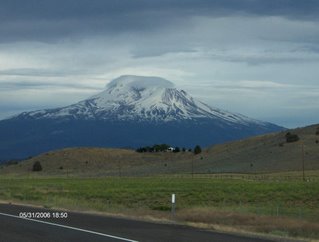 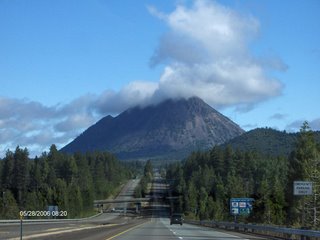 Black Butte
Mt. Shasta is located in the Cascade Range in northern California about 65 km (40 mi) south of the Oregon-California border and about midway between the Pacific Coast and the Nevada border. One of the largest and highest of the Cascade volcanoes, snowclad Mt. Shasta is near the end of the range that terminates near Lassen Peak. Mt. Shasta is a massive compound stratovolcano composed of overlapping cones centered at four or more vents; it was constructed during a period of more than 100,000 years--Excerpt from Miller, 1980, USGS Bulleting 1503.