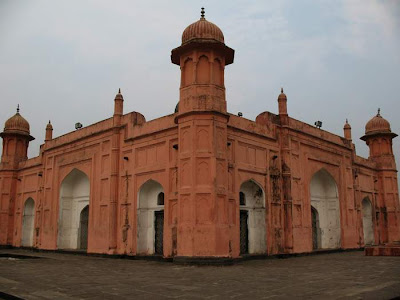 FROM THE MARKER: The construction of this palace fortress was begun by Prince Azam, son of the Mughal emperor Aurangzeb in 1678 AD. But eventually its construction was abdoned by the Mughal Subadar Shaista Khan in 1684 AD. It accommodates within its partly fortified perimeter a two-storeyed elegant audience hall-cum Hammam, a tomb, a three-domed mosque, and a tank. In addition, there are three imposing gateways at different points of its surviving defence walls. Moreover, the walls on the south and west are provided with facetted bastions at intervals. 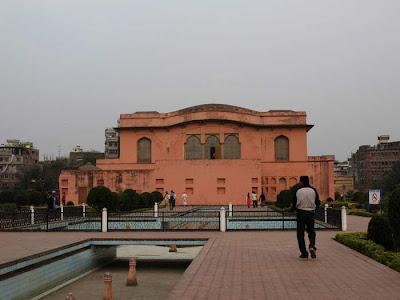 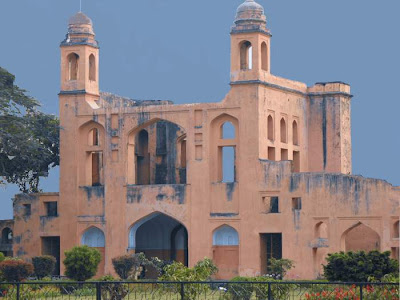 I erased the background on this one. There are buildings at the back. 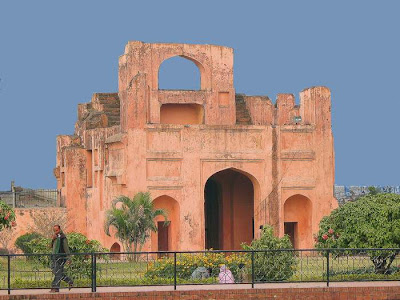 This too I removed the background. 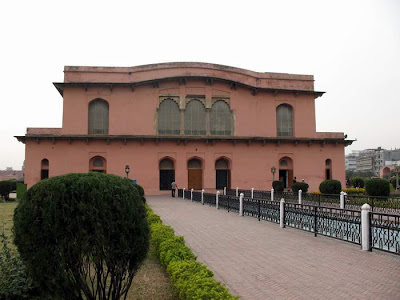