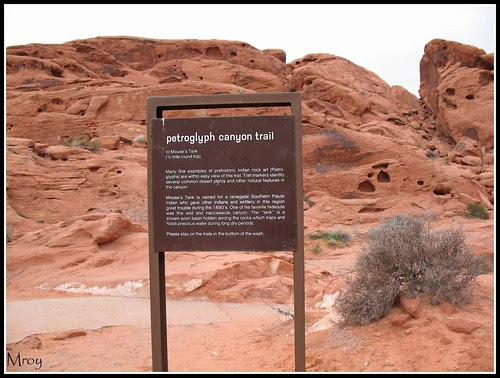 There are many places to see prehistoric Indian rock art (petroglyphs) inside the park but we chose this trail because it's an easy trail (a friend needs an easy trail) and the entire trail is 1/2 mile round trip, plus this is where we can easily find petroglyphs. 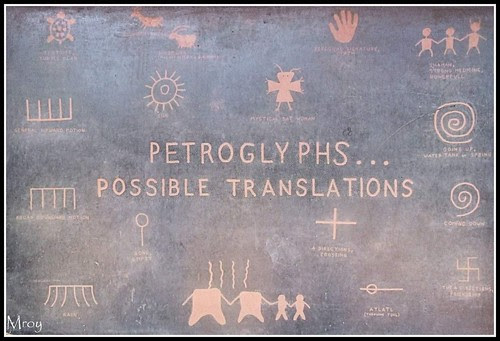 Possible translations. I didn't really bother to read this marker, thankfully, hubby took a snap and here it is on my blog. 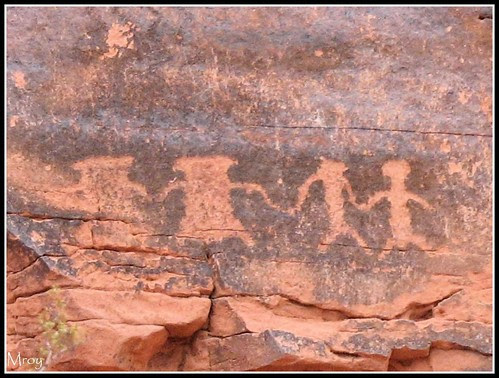 On our way to Mouse's Tank (the last photo), which is the end of this trail, we were distracted by the splendid rock formations and the red sand/earth to notice that along the way we would be able to see rock art. I was too busy snapping photos left and right that I did not see the petroglyphs. 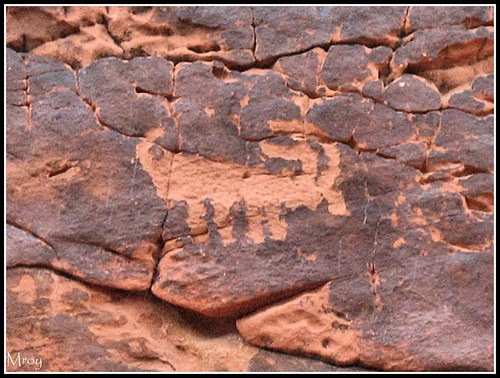 It was only when we reached Mouse's tank that we bothered to ask someone where exactly we could see the rock art. He said they were scattered throughout the trail. He said to look carefully on the rocks. So on the walk back, we were on the look out solely for petroglyphs and we found them. 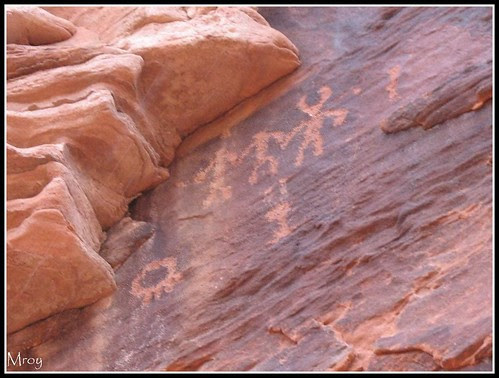 "The prehistoric users of Valley of Fire included the Basket Maker people and later the Anasazi pueblo farmers from nearby fertile Moapa valley. The span of approximate occupation has been dated from 300 B.C. to 1150 A.D. Their visits probably involved hunting, food gathering, and religious ceremonies, although scarcity of water would have limited the length of their stay. Fine examples of rock art left by these ancient peoples can be found at several sites within the park." (source) 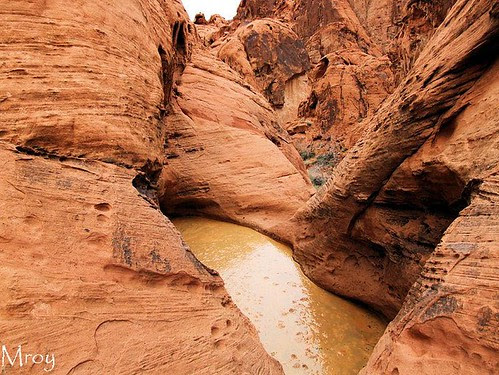 The petroglyph canyon trail ends at Mouse's tank. This is Mouse's tank. It was named for a renegade Indian who used the area as a hideout in the 1890's. Mouse's Tank is a natural basin in the rock where water collects after rainfalls, sometimes remaining for months. It was raining when we got there so there was water in the tank.