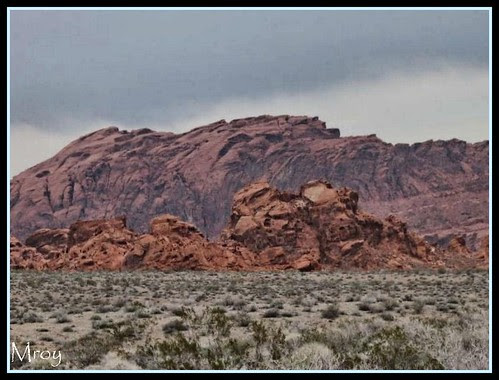 Let's begin to enjoy the rocks. The rock formations here are made of sandstones, limestones, shales and conglomerates. I think I could only identify sandstone for their red color. This is a drive by and I admit to the poor quality of it, having zoomed as much as I could while on the move, you know :D 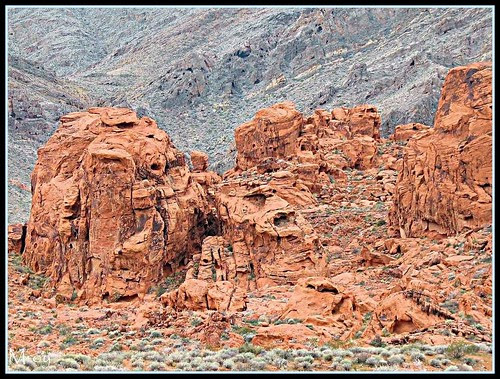 The name Valley of Fire was derived from the sandstone rocks that seem to be on fire when sun rays hit them. 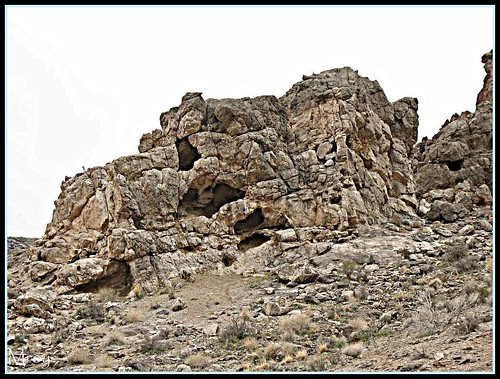 I was fascinated by the small openings/holes in these rocks. It felt to me like a very long time ago, these were lavas that bubbled and popped then hardened. Don't take my word for it, that's only my guess.

My husband suggested I tweak the photos a bit, you know put in blue sky in lieu of the gloomy gray sky that we had. I flat out refused, so some of the photos here are really gloomy.
Labels: valley of fire 2009 valley of fire state park