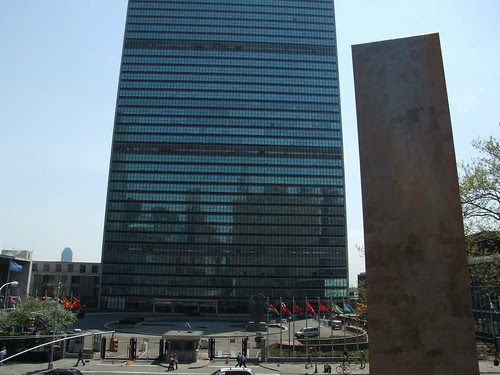 After two weeks of being away from Photo Hunt, I am back with my find for the theme FLAGS. 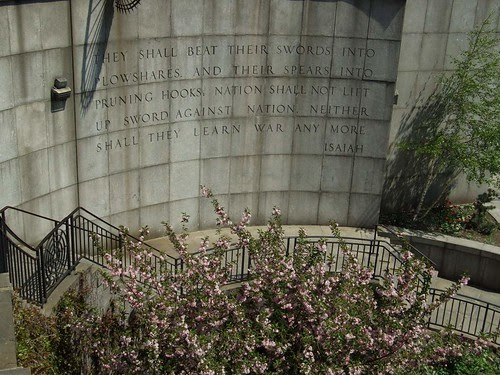 A series of images I took of flags and other sights at the UN headquarters in NYC. On the first image, the building was too big, my point and shoot couldn't handle the size. I shot the first image while standing on the steps here on the second image. 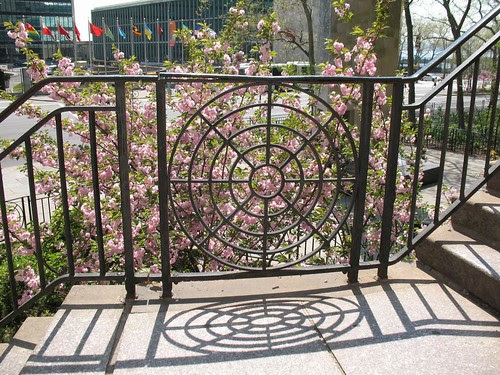 I was leaning against the banister when I took the shot of the building seen on the first image. Then I realized that the iron work was so pretty with the pink blossoms in the background and that the shadow it cast was just as beautiful. You can see some flags in the background. 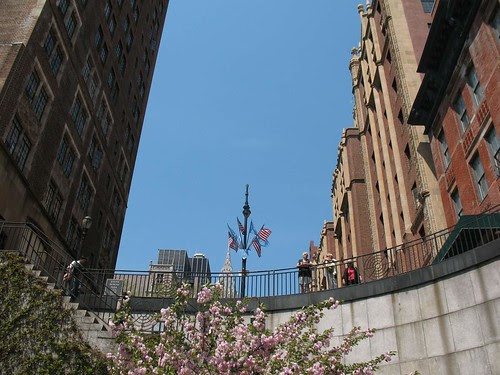 American Flags. We came from up there after walking a few blocks from Grand Central Station to reach UN headquarters. As you can see, it was all blue skies.
Photo Hunt is hosted by TNCHICK.
(My New York Minutes 8)