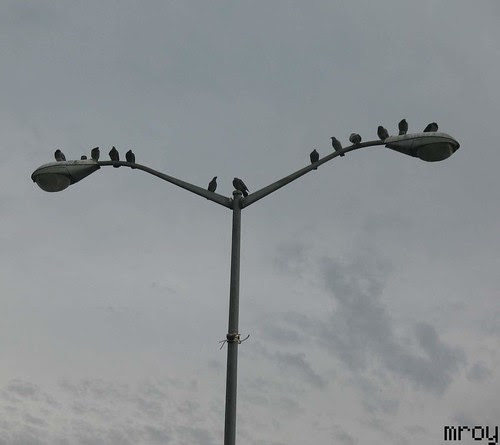 hanging at the y, originally uploaded by M'roy.

This summer I have seen so many foggy mornings and foggy early evenings that aside from may be 5 days of hot temperatures, I would have thought we missed summer altogether.

But as soon as I clock out at 7 pm tonite, I am pretty sure the commute will be fog-shrouded again. So I thought I'd show you how the sky has been around, as I've seen it. This was a February snap though. I have nothing new to show, but this gives you an idea.

I call this shot, HANGING AT THE Y.

SKYWATCH is a weekly gathering of sky lovers and skywatchers. Why don't you join us?