If there is one person synonymous with Barcelona architecture, I would say it is Antonio Gaudi. Two of his works are part of the stops of the hop on hop off tour bus. We did not hop off here, so all the photos are of the facade taken from the bus. 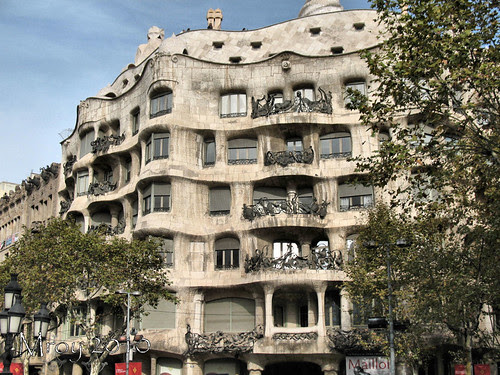 This is Casa Mila or La Pedrera (Catalan for The Quarry). It stands on a corner lot of Passeig de Gracia as if it were a gigantic sculpture in which curves prevail. This residential building was Gaudi's last work of civil architecture. Built between 1906 and 1910, it was commissioned by textile industrialist Pere Mila. 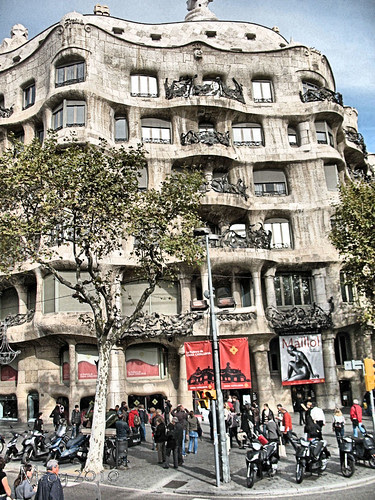 I read that this building can be visited and the ticket includes a visit to the starting loft formed by 270 parabolic arches of flat-laid brick, the incredible multi-leveled roof with warrior-like chimneys and ventilators, and one of the large apartments decorated in the 20th century style.

Unfortunately, we did not know about this building before we came and so did not allot time to visit it. 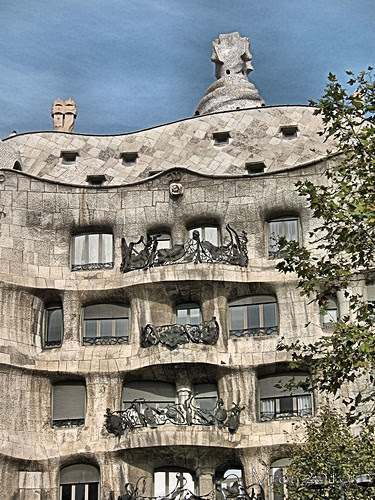 This building is part of the Unesco World Heritage Site. 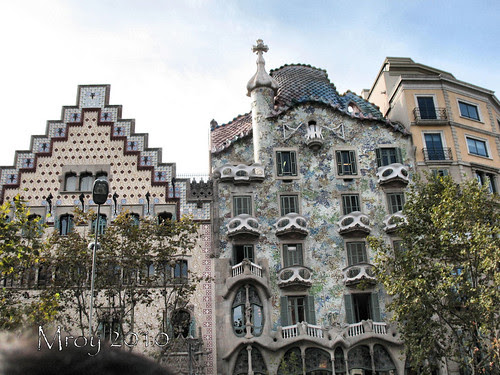 Casa Battlo is located on #43 Passeig de Gracia. It is one of those eye-catching buildings and one of the most memorable. It's one of those that you either love or hate. Although the edifice was not actually built by Gaudi, he completely transformed it in 1906.

The building on the left is Casa Amatller.

Casa Amatller is a building in the Modernisme style in Barcelona, designed by Josep Puig i Cadafalch. Along with Casa Batlló and Casa Lleó-Morera, it makes up the three most important buildings in Barcelona's famous Illa de la Discòrdia ("Block of Discord"), noted for its unique modernist buildings.

The building was originally designed as a residence for chocolatier Antoni Amatller and was constructed between 1898 and 1900. (info from wiki) 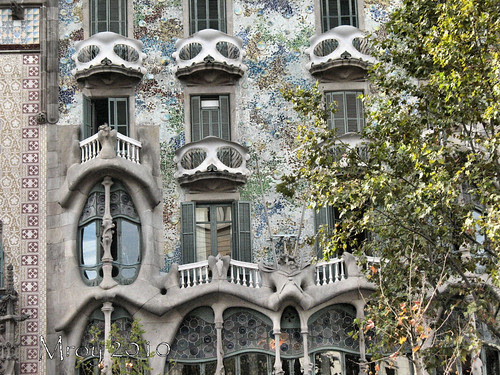 The local name is Casa dels Ossos (house of bones). It has visceral and skeletal quality. 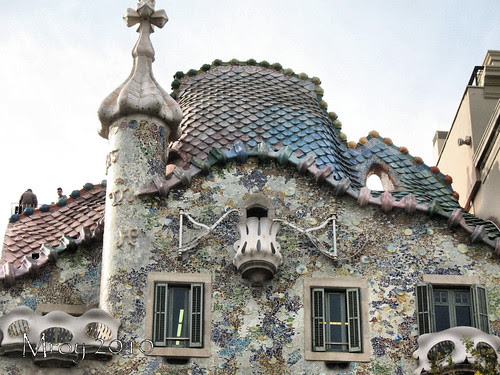 Much of the facade is made up of mosaic of broken ceramic tiles. The roof is arched and is likened to the back of a dragon or dinosaur. A common theory about the building is that the rounded feature to the left of centre, terminating at the top in a turret and cross, represents the sword of Saint George (patron saint of Catalonia), which has been plunged into the back of the dragon. (info from wiki)

Personally, I think the entire Barcelona is a museum. There is art in everything, there is beauty everywhere. I fell in love with Barcelona at first sight. I had felt a strong urge to move there going as far as asking my husband if there is a possibility of our move there. He said his company has a branch in Spain but he didn't know which part of Spain.

I may have spoken when my emotions were filled with the smell and taste and sight of Barcelona then. I still think that it's a great place to live. Now, I have to keep on buying lottery ticket for a chance to buy a house in this gorgeous city :).

This is also my entry to this week's WINDOWS VIEWS AND DOORS TOO, a meme about windows and doors hosted by TEACH MARY. Please visit the site and join us.
Labels: barcelona Spain