The Basilica of the Holy Family (Templo de la Sagrada Familia) often called Sagrada Familia, a Roman Catholic church, is undeniably Gaudi's masterwork. He devoted more than 40 years of his life from 1883 until his untimely death in 1926.

He began the four towers of the Nativity facade (East), an amazing gospel put to stone and ceramics but lived to see only one of them finished. Construction on this emblematic and monumental temple continues today and financed exclusively from donations and contributions from visitors (entrance fees support construction, 12 euros pp.). Completion of the project is expected around 2026.

The final project consists of 8 towers, the tallest rising to a height of 170 meters. The sheer magnitude of Gaudi's project made the Sagrada Familia Barcelona's most famous landmark. It's master architect was said to have remarked: " BARCELONA WILL BE KNOWN FOR THIS TEMPLE." (info from brochure)

Sagrada Familia is too big, too vast, too detailed to be contained in only one post. It will require at least 3; heck I might even go for 4. In this first installment I shall feature the PASSION facade (West), where the entrance is located. 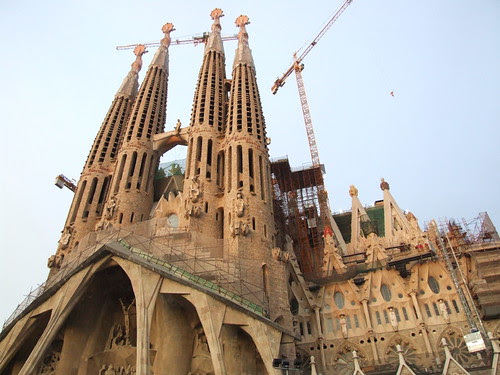 Even in cloudy day, when the setting sun hits the church, the colors become more vibrant. 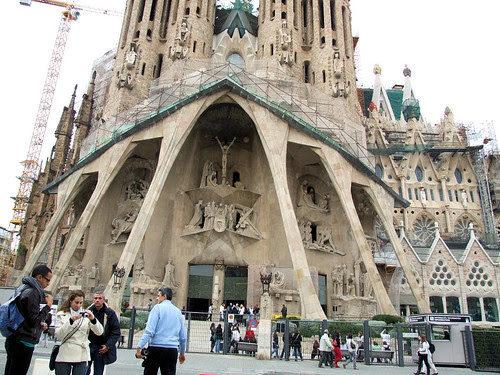 The Passion Facade, point of entry. On the right is the gift shop. 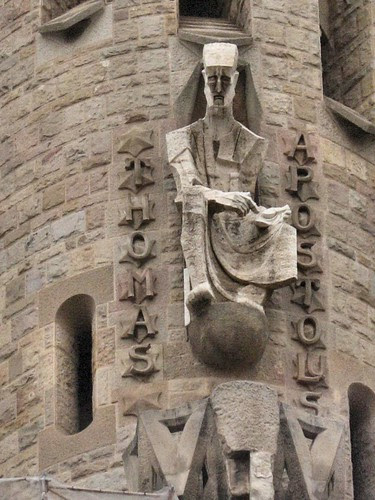 Details on the tower, there's plenty of them. This one I think says Thomas Apostolus (St. Thomas the apostle?) 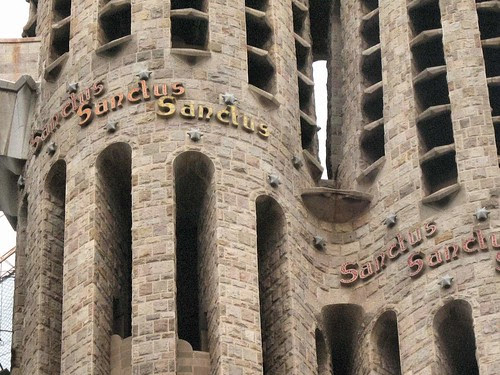 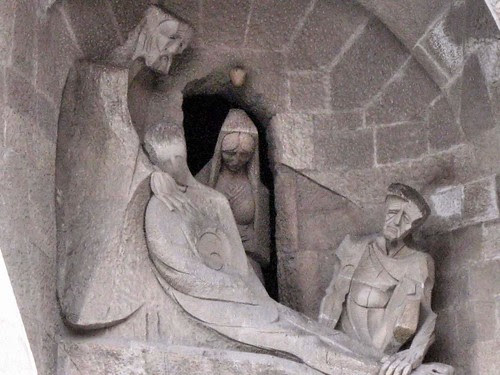 All the details can be overwhelming, just by the sheer number of them. You don't know where to look first. 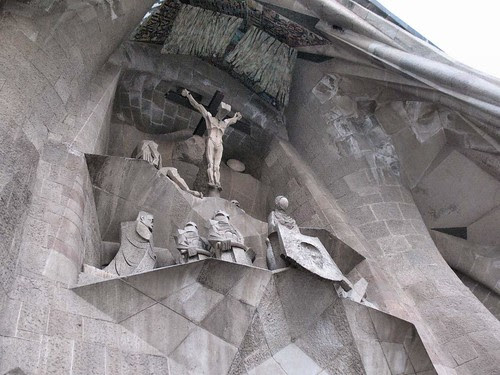 Looking up to the crucifixion of Jesus. 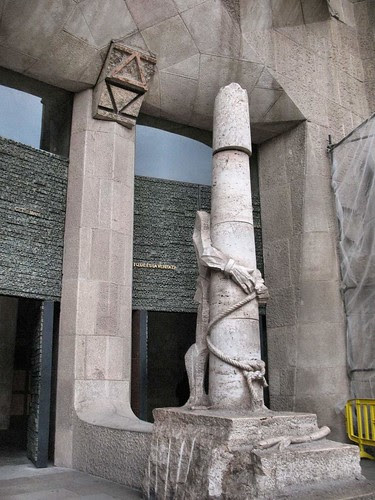 Notice the alpha-omega carving at the entrance of the church? 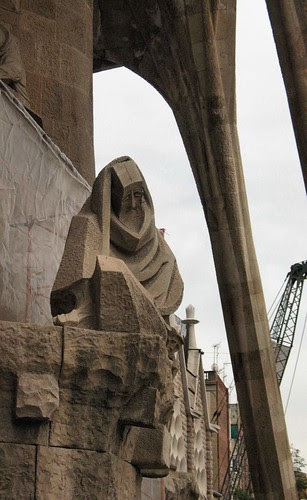 Another depiction of a grieving soul. 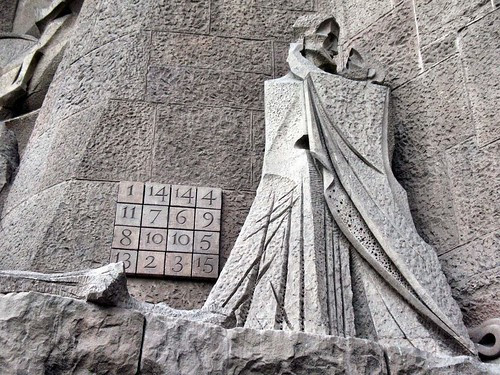 The magic square in the passion facade. 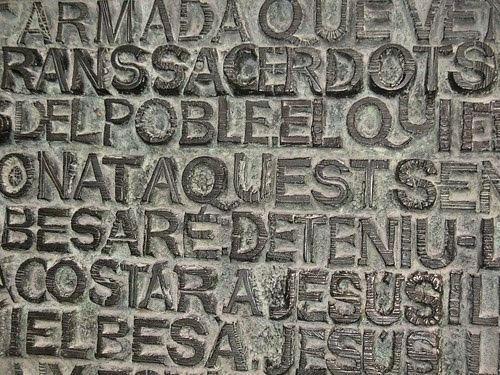 The door bears inscriptions to the question of Pontius Pilate, "What is the truth?"
Labels: barcelona Spain