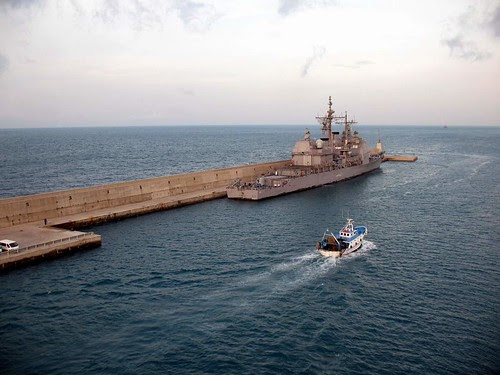 With sea day the previous day and rested from a good night's sleep, waking up early and breakfasting on the deck gave us a chance to witness our ship's entry into the port of Rome, the harbour town of Civitavecchia. 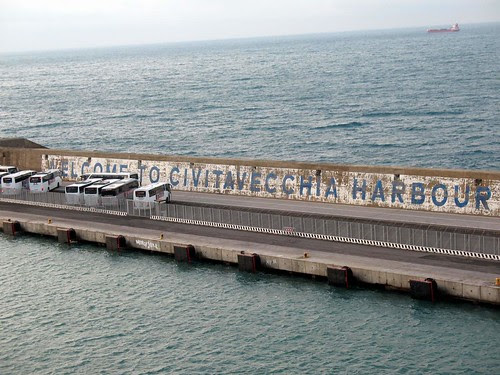 Civitavecchia is a sea port on the Tyrrhenian Sea, about 80 km WNW of Rome. Civitavecchia means ancient town. 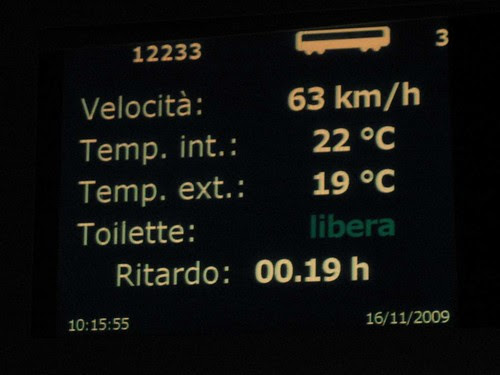 In order to get to Rome, take the bus, or more conveniently IMO take the train. If I remember correctly (I have no access to my cruise diary because it's in my PC and right now I'm blogging on my laptop) the fare one way to Roma Termini (main terminal) is 9 euro.

When we disembarked, we found buses waiting for us. We were sorted out according to who's taking the official NCL tour (about $170 pp) and who are going on their own. On the DIY line, we met a lovely couple from Victoria BC who in the coming days became one of our fave tour mates. The buses for DIY-ers stop outside the fort walls, where a tourism office/kiosk is situated. We were told to ask for directions to the train station. There were too many people opting to do the tour on their own that it was easy to find the train station - just follow the crowd. 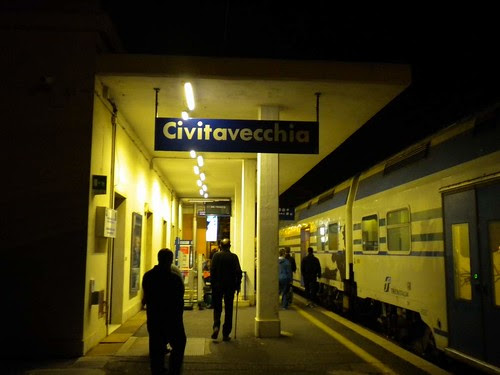 The image was captured on our return from Rome. I was in hurry in the morning to stop and snap. 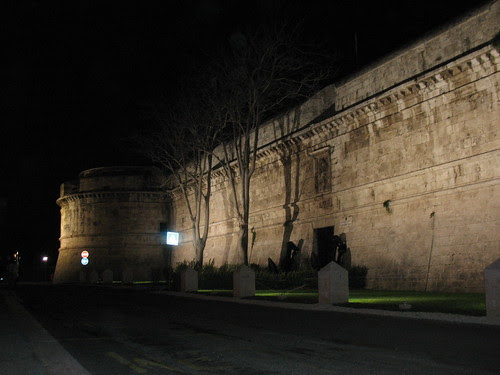 The fortress walls at night. Waiting for the bus that would take us back to the ship.

For my cruise virgin readers, this is what you need to know. You don't have all the time in the world in your port of call. Your time is limited. Sometimes, VERY limited. Like Rome for instance. I think this would be where people find unpalatable about cruising - they don't see enough of the port of call sights.

For instance in Rome, the ship docks at 8 am and departs at 8 pm. Docks at 8 am doesn't mean you get off at 8 am. You get off later. Sometimes there is a delay in docking too. Factor in your travel time to Rome, which is about an hour by train each way. That's another two hours that you will not have for sightseeing or shopping.

Understand that cruising is like going to the buffet, you only get to taste a little bit of this and little bit of that. Now when you like what you tasted, hopefully, you get to devote a whole vacation to that place.

For us cruising is the answer to all our needs. We want to take one plane ride but see many different places where we don't have to pack and unpack to each place we see. We also don't want to worry about the food. We like to pay one price and be done with it. With cruising our accommodations, food, and transportation is covered.
Labels: Italy Mediterrannen cruise Rome travel