The most sacred temple of the Acropolis in ancient Athens was the Erechtheum - a temple dedicated not to particular god but to the whole galaxy of gods and heroes and served as a residence and a burial place of ancient kings.

Temple was built over the spot were the dispute between Athena and Poseidon for the right of patronage over Athens took the place. Poseidon gave a source of water to the Athenians and Athena olive. The Athenians considered that a gift from Athena is more valuable and choose Athena as the main god of the city.
The temple is named in honor of one of the first kings of Athens - Erehteya who for the sake of Athens sacrificed his daughter to the gods. He was buried under the Erechtheum.

In Erechtheum also was buried mythical king Kekrop who was the former founder of the city of Athens.

Erechtheum as the other Acropolis buildings was conceived during a grand building started by Pericles.

However because of the Peloponnesian War construction began only in 421 BC after Nicea Peace treatment. Then it was suspended and resumed in 406 BC by architect Filoklom.

The pearl of the temple is the so-called The Porch of the Caryatids. Caryatids - statues of six girls dancing ritual dance in honor of the goddess Artemis. The temple was badly damaged in 1827 when it was destroyed during the fighting Greeks for independence.

[info from a website whose name I failed to take down, sorry] 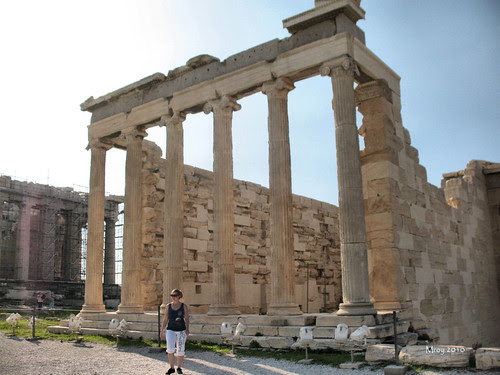 The back view with 1/2 of the couple we shared the cab and toured the Acropolis with. 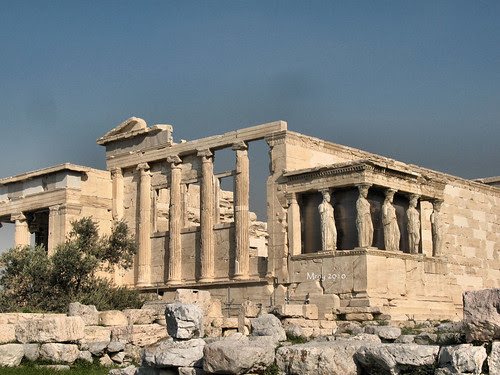 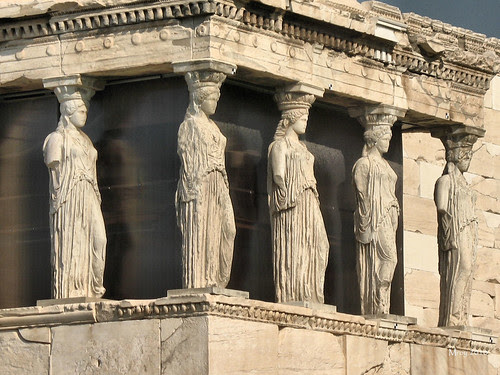 The Caryatids - I could only count 5 or did I mistakenly cropped this shot. 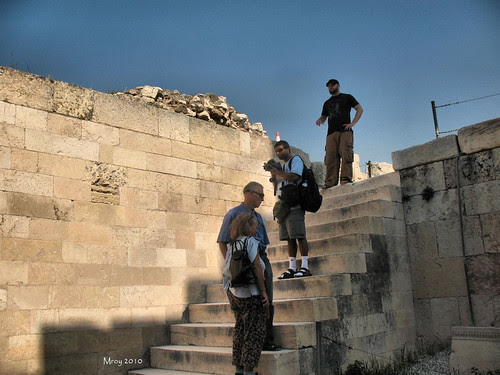 Stairs on the side leads to the right side of the structure. The guy on the top is the other half of the couple we toured the place with and the guy in shorts is my husband . 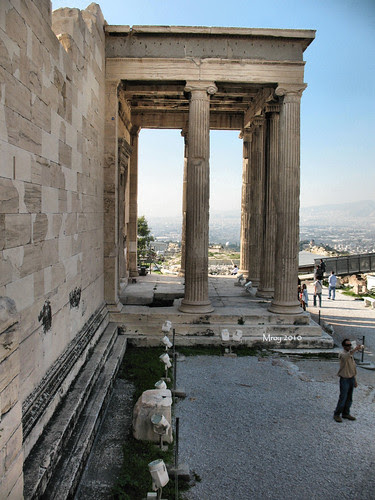 Sideview from top of the stairs. 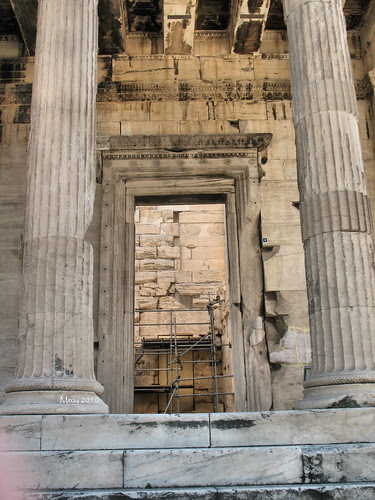 I was fascinated by this door. 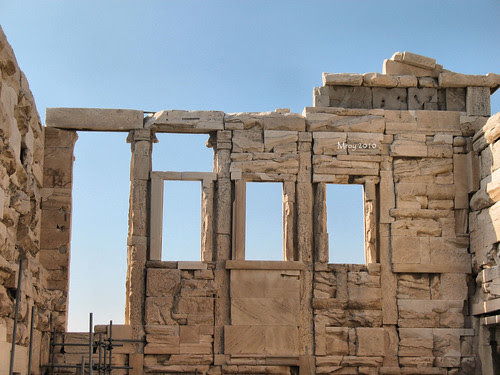 This is my post for this week's WINDOW VIEWS AND DOORS TOO. It's my #18.
Labels: Athens Greece