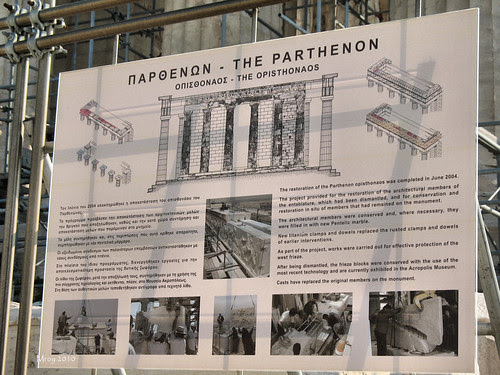 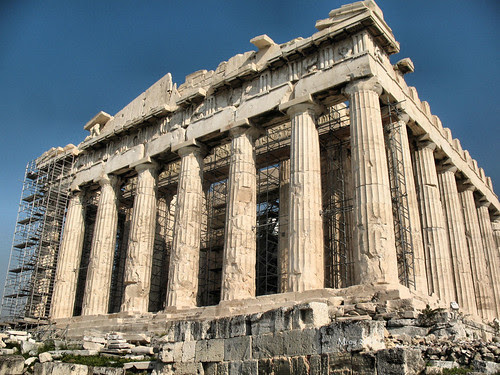 Parthenon is the temple of goddess Athena, who was considered the protector of the Greeks. Any information about the Parthenon can easily be googled, so I'm leaving this task to you. 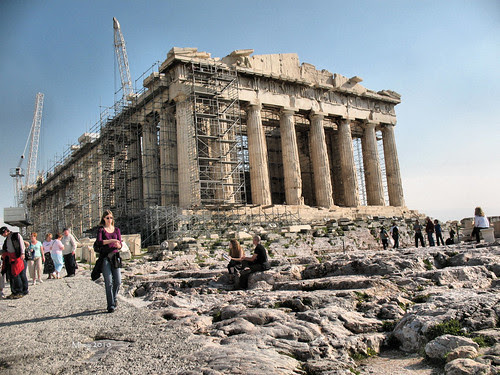 This side of the temple is wrapped in scaffolding signifying restorations are in progress. 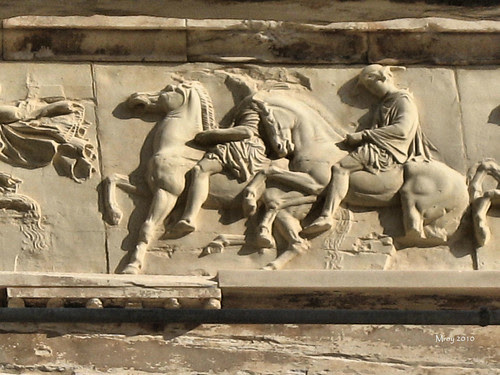 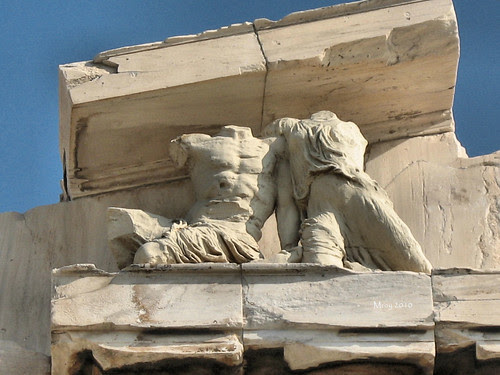 I am guessing this is one of the pediments. [A pediment is a classical architectural element consisting of the triangular section found above the horizontal structure (entablature), typically supported by columns. The gable end of the pediment is surrounded by the cornice moulding. The tympanum, or triangular area within the pediment, was often decorated with sculptures and reliefs demonstrating scenes of Greek and Roman mythology or allegorical figures. It also consisted of many bright colours suitable to the nature of the building being adorned.] 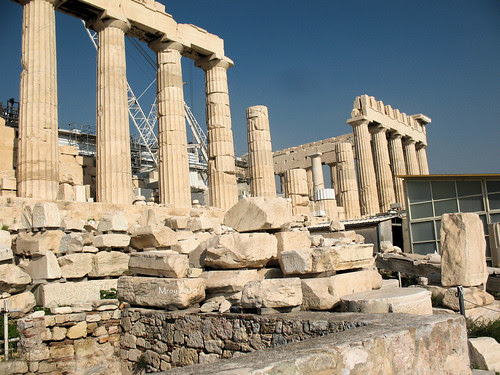 This side of the Parthenon has sustained considerable damage during the 1687 explosion.

I don't know how the gov't gets funding for the restoration, but with Greece's financial woes I am hoping that they would find ways to keep the restoration going. It's a shame not to.
Labels: Athens Greece