House of the Virgin Mary

The House of the Virgin Mary was one major stop that my husband and I anticipated. Along with the visit to the Vatican, this trip was pilgrimmage of sorts for us. 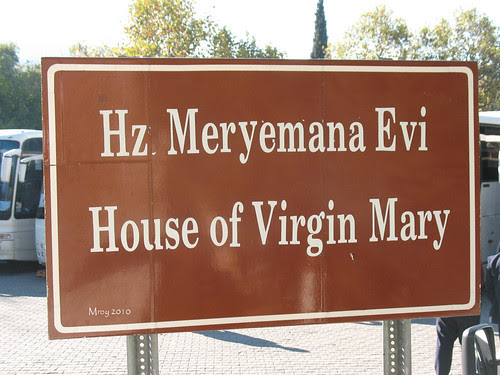 History: According to predominant Christian tradition, Mary was brought to Ephesus by the Apostle John after the Resurrection of Christ and lived out her days there. This is based mainly on the traditional belief that John came to Ephesus combined with the biblical statement that Jesus consigned her to John's care (John 19:26-27).

Archaeologists who have examined the building identified as the House of the Virgin believe most of the building dates from the 6th or 7th century. But its foundations are much older and may well date from the 1st century AD, the time of Mary. This site had long been a place of pilgrimage for local Orthodox Christians.

The modern history of the Virgin Mary's House is unusual. It was "discovered" in 1812 by a German nun, Sister Anne Catherine Emmerich, who never traveled away from her home.
Sister Emmerich, an invalid confined to bed, awoke in a trance with the stigmata and visions that included the Virgin Mary and Apostle John traveling from Jerusalem to Ephesus. She described Mary's house in detail, which was recorded at her bedside by a writer named Brentano.
Emmerich described a rectangular stone house, which John had built for Mary. It had a fireplace and an apse and a round back wall. The room next to the apse was Mary's bedroom, which had a spring running into it.

The German nun went on to say that the Virgin Mary died at the age of 64 and was buried in a cave near her house. When her coffin was opened soon after, however, the coffin and burial shroud were empty. The house was then turned into a chapel.

Years after Emmerich's visions, a French clergyman named Gouyet read Brentano's account and traveled to Ephesus to find the House of the Virgin. He found a house matching the nun's description and sent word to the bishops of Paris and Rome, but didn't receive much of a response.

On June 27, 1891, two Lazarist preists and two Catholic officials set out to Ephesus to see the house. They found a small chapel in ruins with a damaged statue of the Virgin.
They returned to Izmir with their report, and more priests and specialists were sent out to the site. Since 1892 the House of the Virgin has been a Catholic pilgrimage site. It was restored by 1897 and a shelter for visitors was set up.

The Meryama was later visited by Popes Paul VI and John Paul II, who confirmed its appropriateness as a place of pilgrimage. On November 29, 2006, Pope Benedict XVI celebrated mass here. [source] 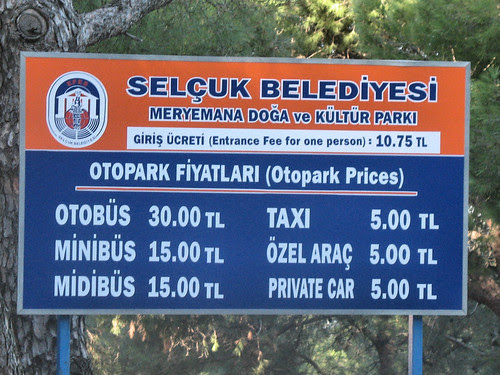 The 80 or so kms disappeared so fast that I did not expect to be arriving at the site so quickly. The fee to enter was 10.75 tl (Turkish Lira). I cannot remember the exchange rate. Plus parking fee for the taxi. 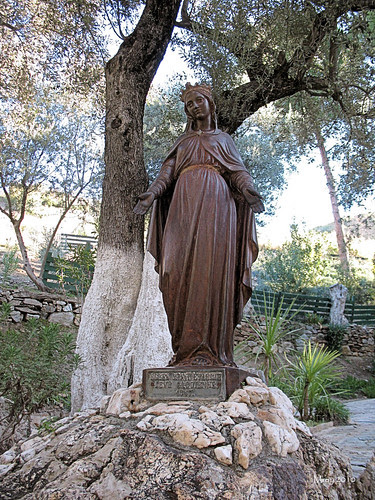 A statue of Mother Mary greeted visitors and pilgrims. The statue is located along the path to the House. 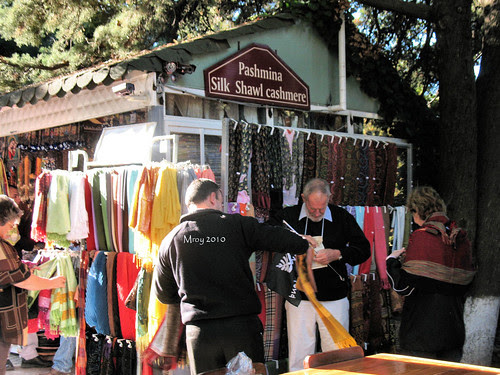 There was a souvenir store that sells clothing (shawl, scarf, etc), postcards, religious relics and typical souvenir knick knacks. Across the way on the left is a restaurant. We had Turkish coffee there after our visit to the House. The best coffee I had. 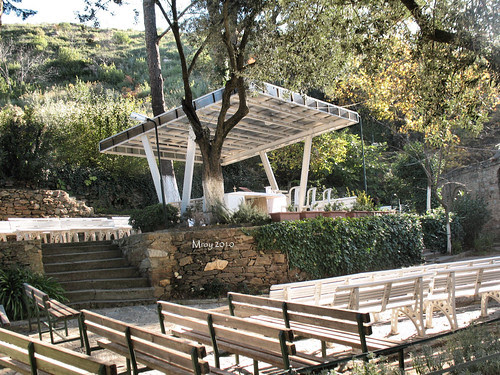 Also on the compound is a makeshift altar where masses are celebrated. There was no mass going on when we visited. However, mass is celebrated here everyday according to the information we gathered. 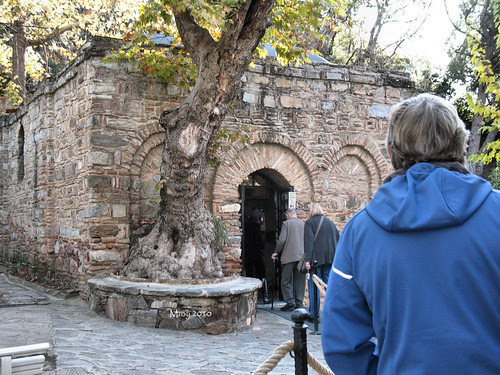 The house is a two-room house. You fall in line. At the time I was there, the line was manageable. Perhaps a 5-minute wait in line before getting in. Once in, the first room is where the fireplace is. You get in and get out as quickly as they can get you. Unfortunately, the most I spent inside was a minute or so. I touched the walls and said my prayers as quickly as I could because the ushers are rushing you to move on. No photography is allowed inside. Please click on the source of the info above to see images of the interior. 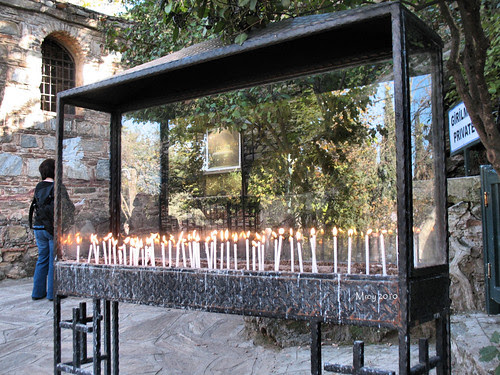 When you go to the second room of the house, an usher will hand you two candles that you will burn on this candle stand outside the house towards the back. 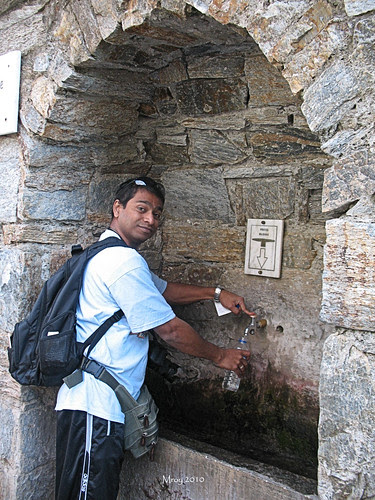 There is a spring that runs under the property and apparently Mother Mary has drank from it. It is believed to have healing properties. And so they set up a station where visitors can collect water from the spring. We were glad that we didn't dump our empty water bottle. We filled up our bottle and took a sip and some of the water right now still sits in our refrigerator. Nope, it doesn't hurt to believe. 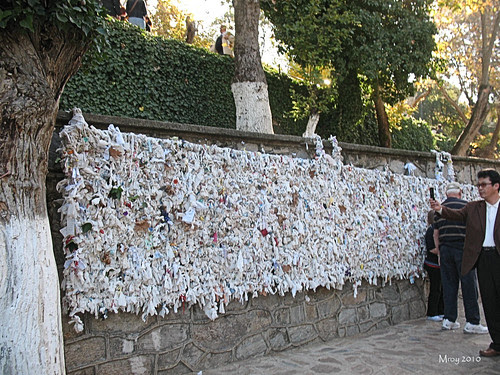 Also popular feature of the compound is the Prayer Wall where people attach the prayers they wrote down and ask for intercession from the Virgin Mary. We didn't have any paper to write on so we didn't leave any of our pleas to God.
It was a sombering experience to see where Mother Mary lived the remainder of her life after Christ's crucifixion. However, the solemnity of the experience wasn't complete as the number of people vying for elbow room hit me like a ton of bricks that I was in a "tourist" spot.
[Been too busy with life lately, I apologized for sporadic posting and bloghopping.]
Labels: Izmir/Ephesus