With Athens behind us and the memory of Acropolis and all it's glorious relics still fresh in our mind, we welcomed another day and the promise of another adventure in another port of call with so much enthusiasm. We have done so much, seen plenty in our limited time in Athens and we wanted to do the same thing here in Izmir/Ephesus. This would be the only back-to-back port days in the entire cruise. 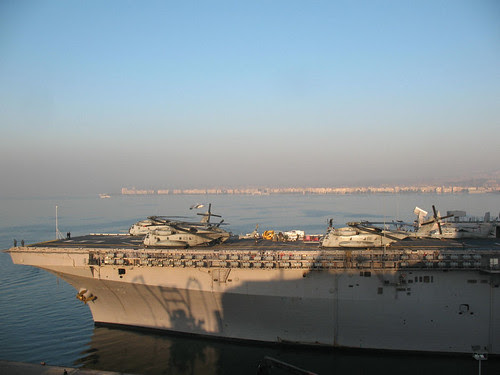 When we went up to the deck to have breakfast before heading out we had no clue as to the surprise that awaited us at the port. We followed camera-toting cruisemates to one side of the deck. Something big is happening I thought for these hungry cruisers to leave their eggs and bacon, ham, croissants, piping hot coffee, etc and excitedly grab their cameras to follow the crowd to that side of the boat. I followed suit :)

And this was what awaited us. While we were sleeping, a US Navy aircraft carrier berthed next to us at the port of Izmir. How cool. Very exciting to see this gargantuan vessel so close to us that no way, not even the best camera could get a shot of the entire thing - unless you stitch photos together - now why didn't I think of that (duh)? 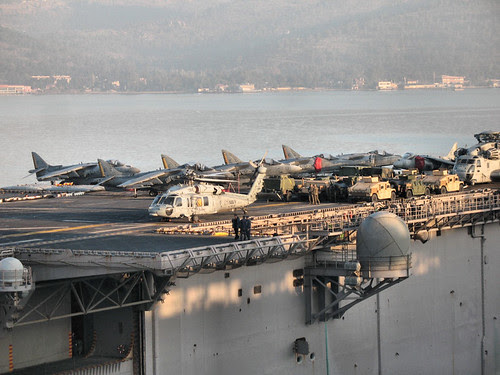 It's especially thrilling for me because my nephew spent 5 years in a vessel like this that was docked in Japan and he worked in the electrical dept [we were glad he wasn't anywhere near the line of fire - too nerve wracking to think] there. Seeing all the aircraft on its deck shows how truly gigantic this vessel is. An aircraft carrier is a warship designed with a primary mission of deploying and recovering aircraft, acting as a seagoing air base. Aircraft carrier allows a naval force to project air power worldwide without having to depend on local bases to stage aircraft operations. 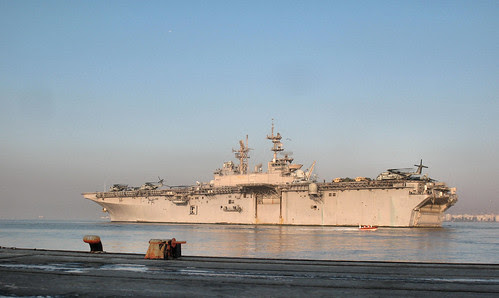 Later when we disembarked and was walking out the port, I was able to take a picture of the whole vessel. There she goes to wherever she's supposed to go. I checked where the aircraft carriers are stationed, there are supposed to be 2 in Italy. This is probably going there. And she probably replenished her supplies in Turkey.
Here begins another leg of the cruise.