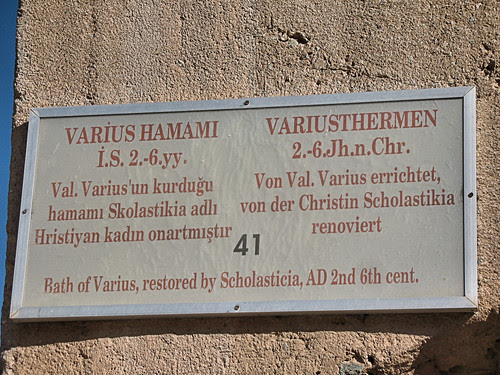 The Bath of Varius was restored by Skolasticia and so this bath is also known later on as Bath of Skolasticia. 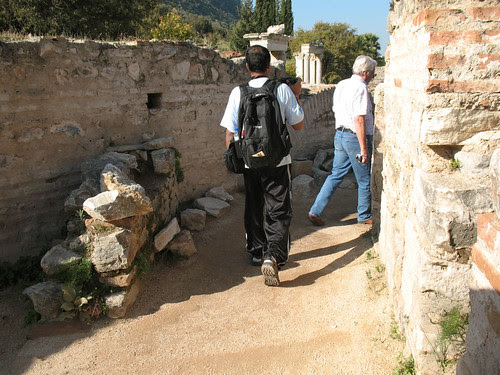 One of the few structures in Ephesus that you can enter and explore to your heart's content. I wonder if that is a wise move on the government's part. I am sure that the many tourists who come here and trample on these ruins would do more harm in the long run. I have only seen minimal clues of restoration, unlike in Acropolis where one can see that restoration is ongoing. 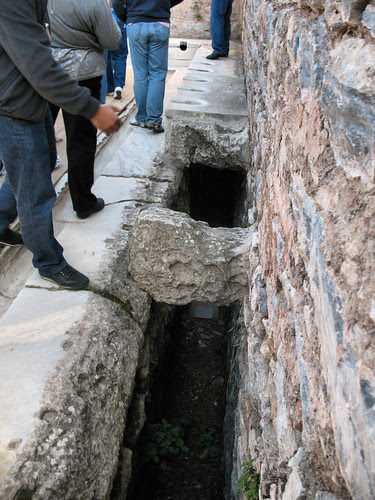 Here is what the Ephesus book had to say about the Bath:

The upper part of the bath, which formed a salon and had central heating, is ruined. There was a swimming pool, having a hot bath (caldarium), a warm bath (tepidarium), a cold bath (frigidarium) and a dressing room (apodyterium). Though the first builidng of this bath, which had three floors, belonged to the 2nd century, a woman named Skolasticia adapted it into the present condition, making it available to hundreds of people in the 4th century. There were not only public rooms, but also private rooms. Those who wished could stay for many days. The furnace and the large boiler of the heating system which provided heat and hot water for the salon, the rooms and for a very large bath were on the first floor. 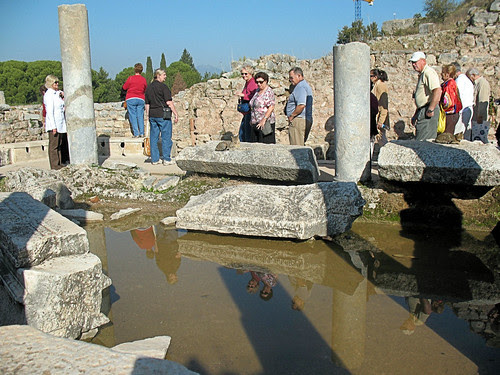 So you are seeing the ruins of the 4th century spa. This is way too cool. Apparently this was a place where people congregate and talk about politics, etc while soaking their feet in warm water - their own version of foot spa.
Labels: Ephesus