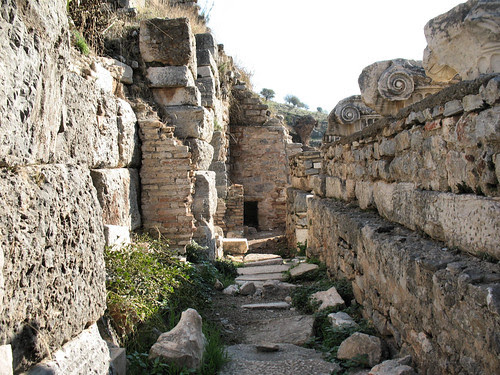 In the ancient city of Ephesus there are two theatres, the Grand Theatre (post coming soon) and this, the Odeon, Bouleuterion. Both of these structures can be explored by tourists. Let's go in. 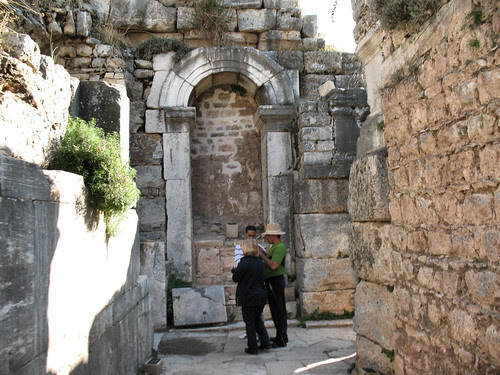 "This building has the shape of a small theatre with the stage building, seating places and the orchestra.It had double function in use. First it was used as a Bouleuterion for the meetings of the Boulea or the Senate. The second fuction was the Odeum as a concert hall for the performances.It was constructed in the 2nd century A.D by the order of Publius Vedius Antonius and his wife Flavia paiana, two wealthy citizens in Ephesus." 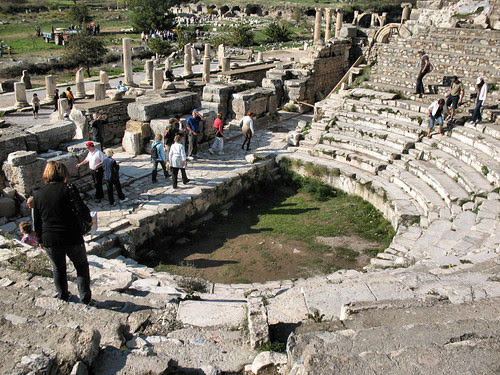 "It had a capacity of 1500 spectators. It had 3 doors opening from the stage to the podium. The podium was narrow and one meter higher than the orchestra section. The stage building was two-storeyed and embellished with columns.The podium in front of the stage building and some parts of the seating were restored. The Odeon used to be enclosed with a wooden roof. 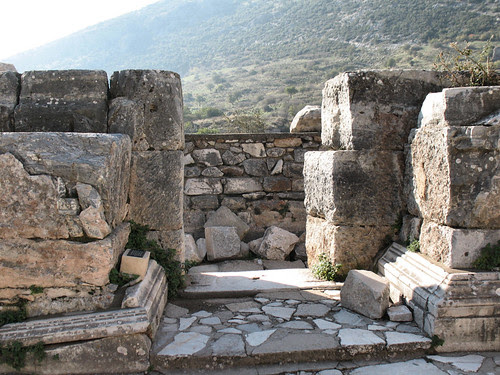 It looks well preserved, and again I must reiterate my concern about the harm that tourists like me could bring to these ancient structures. 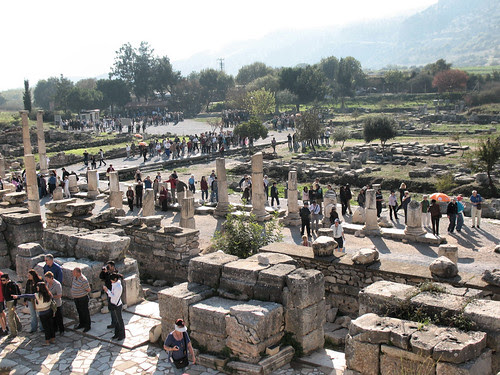 From the seats this is the view of the street outside.
Labels: Ephesus