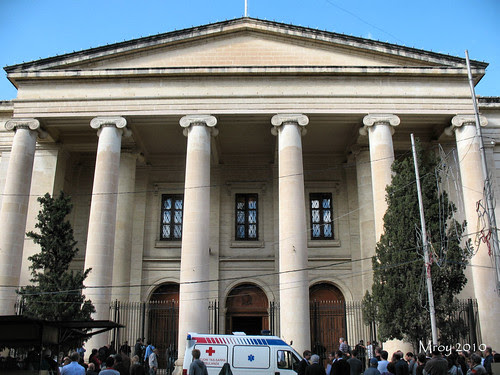 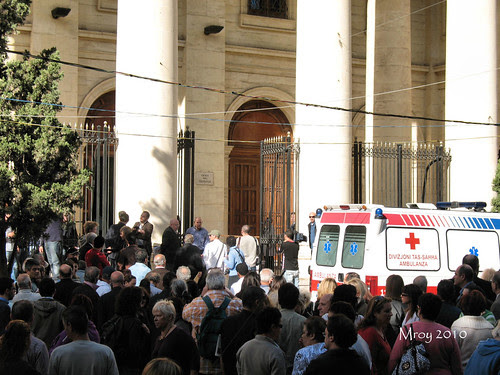 I wouldn't have paid too much attention to the courthouse, impressive as it may be, as I've seen many a building like this on this trip. BUT, blaring sirens from two ambulances made us curious as to what is happening inside the courtroon. 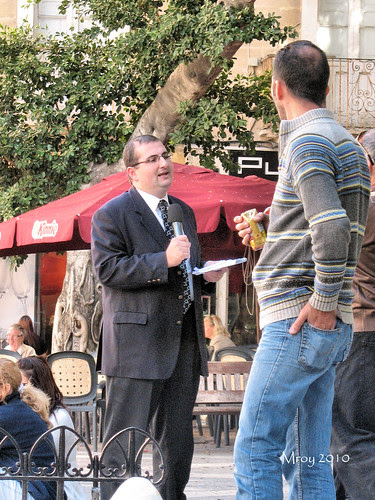 People started to gather outside and mill around the front of the courthouse and people began looking out their windows. I spotted a local reporter doing his bit a few feet from where I stood. Word of mouth was - a sensational case was getting a verdict that morning. And people were expecting a decision in favor of the prosecutor and the ambulance - one left after seeing that two of them responded to the call - was called just in case the defendant falls ill after hearing the verdict. Nothing transpired while we were standing there. I did not see someone getting loaded in a gurney. Eventually the crowd thinned out and went about their business.
Labels: Malta