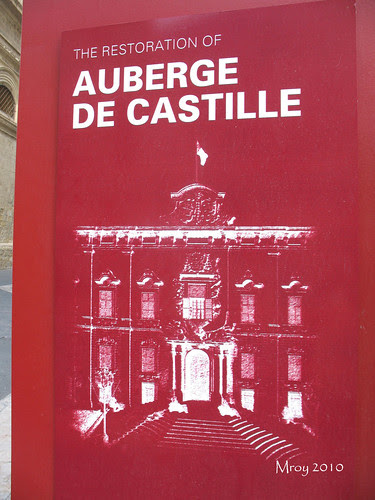 Every where in Valletta we saw signs alerting people that renovations are underway. 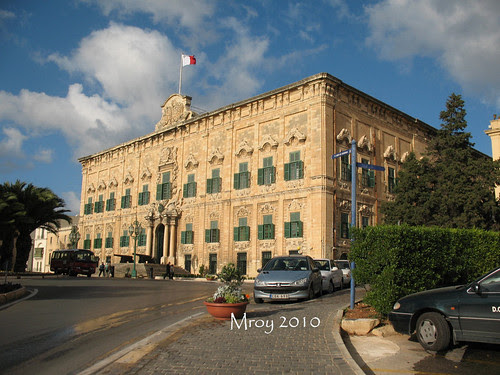 Auberge de Castille, since March 4, 1972, has been used as the seat of the Prime Minister. It is also where the business of government are held as well as the weekly cabinet meetings.  It used to house knights who were stationed in Malta for defense of this fortress. 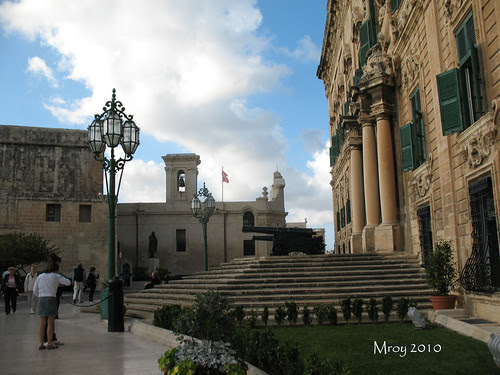 I don't know for sure if this is open for tours, but we never saw anyone touristy looking going inside so we didn't.  Can you see the two cannons infront of the main door? 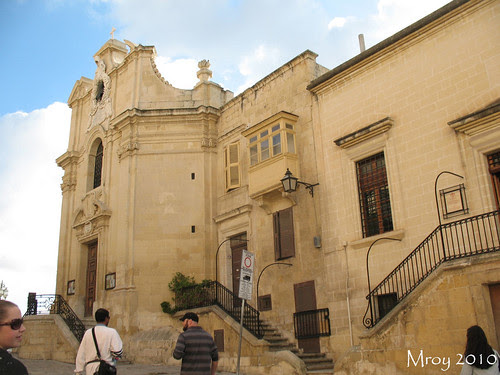 Just a stone's throw away from the auberge is a church that also had a renovation sign and appeared shut, so we didn't attempt to go in. When I was researching Valletta in preparation for these posts, I found out that there are many churches inside the walled city.  If your fancy is visiting churches, this would be your heaven.  Imagine 10 or so churches within walking distance from each other, and these are just Catholic churches.  Apparently there are also other Christian churches inside.  Now I question myself whether I put too much time in St. John's Co-Cathedral.  Actually, no.  One church to see if its as grand as St. John's is enough for a day I suppose. 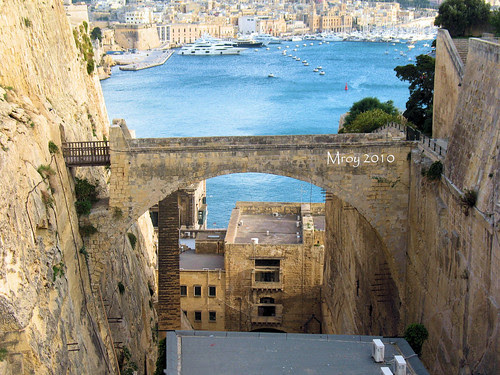 We spotted this spectacular view as we were leaving the area and was heading towards the main street.  I would have loved to walk that bridge/catwalk. 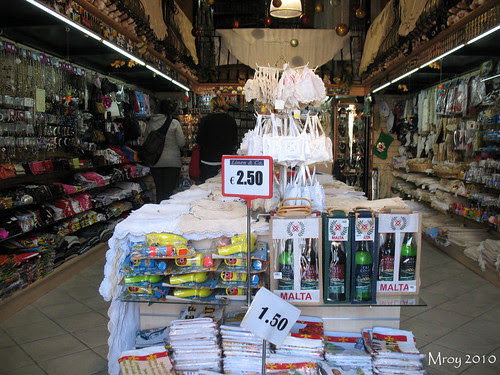 Since we figured that we probably have seen everything that we wanted to see, it was time to hit the stores for souvenirs.  Malta is famous for its lace.  My loot consisted of aprons, tees, lacy purse, magnets, postcards, and the Maltese cross - which is an eight-sided cross. 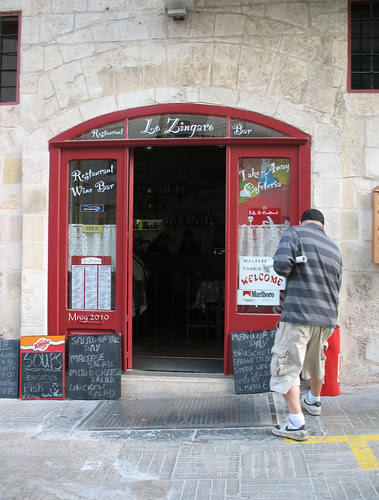 And before we parted, we checked out the dining scene.  This particular establishment has a sign that says free tasting of their specialty which was a rabbit stew (the recipe of which is written on some souvenir items including but not limited to aprons - I bought 2 aprons for gifts).  Here Dave went up close to read the sign to make sure that we were not seeing things.  Nah, we weren't hungry enough.
Labels: Malta