We had one more stop - sort of - before our final destination, Chichen Itza. We were treated to some visual display of colonial delight. We visited Valladolid, Mexico, named after the same city in Spain. 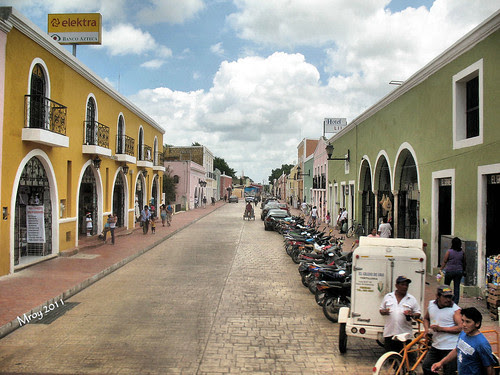 Located halfway (two hours from each) between Mérida and Cancún, Valladolid is a bustling Mayan city with a special colonial flavor. This is where you will see the majority of the townspeople still using the typical dress of the Mayas, and the buildings around the Main Plaza painted pastel colors. You will surely get a sense of the laid-back pace of life. 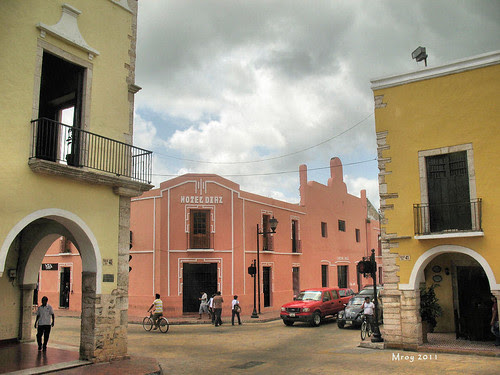 Valladolid is known as “The Sultan of the East,” a title given for the architectural beauty of its colonial buildings. 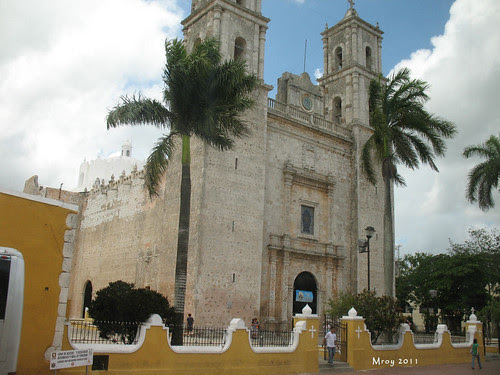 The Church of San Servacio is in the Centro of Valladolid, on the south side of the main plaza, on Calle 41 between 40 and 42. This church took the place of the one which was erected on March 24, 1545, by Padre Francisco Hernández whose façade faced the west, which was the custom for Yucatecan temples in the Colonial era. In 1705 the original church was completely demolished by order of the Bishop Don Pedro de los Reyes Ríos due to its profanity in the so-called “Assassination of the Mayors”. In 1706 the construction of the current church began, and in order to have its main access facing the main plaza, it was given a new orientation which is why the church now faces the north and not the west. Above the main façade is a clock dating from the XIX century, the only public clock in the city. [source] 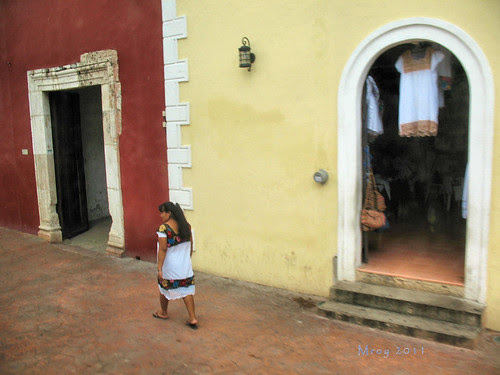 The traditional Mayan dress is still worn by the locals. 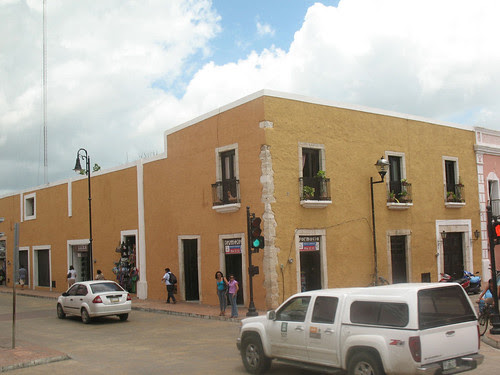 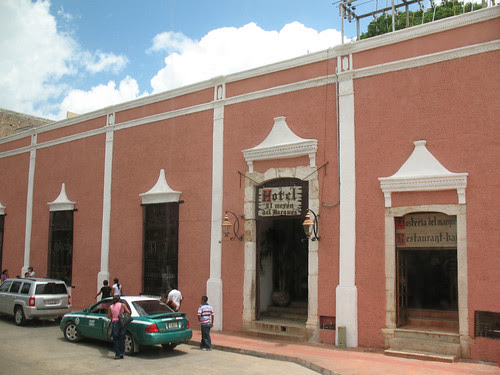 I enjoyed the opportunity to see the beautiful buildings in Valladolid, even though we never got to leave the bus. I was sitting by the side of the church and so I miss the plaza altogether, a pity really. Although I'd choose to photograph a church anytime over a plaza.

This has a ton more information about Valladolid. When you have time, it's a good read.

This is my entry for this week's MY WORLD post.
Labels: Cancun Valladolid