If you can, I encourage everyone to participate in efforts to clean up our oceans and other water ways. It's so much fun. Just see what I captured. Please be assured that I was picking up trash most of the time and only shooting when I need a little break :)

We signed up to clean Bayfront Park in neighboring city of Pinole. Not only is it the closest site on the list, it is also a favorite walking spot for us. It's also a wetland station. When the tide is low, you can walk a ways to the water and enjoy all the birds that are feeding. 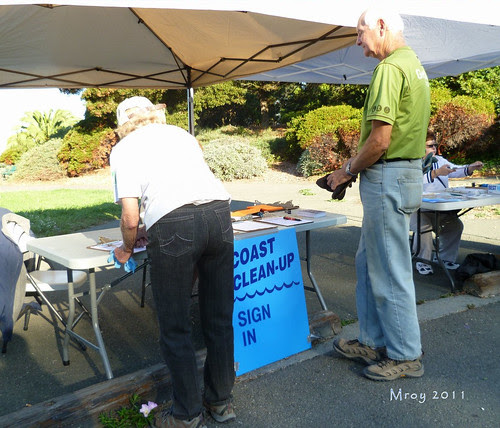 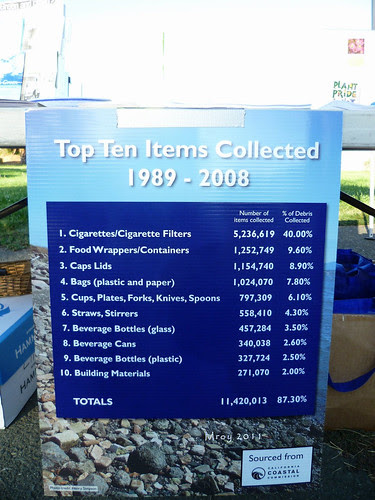 While munching on the free breakfast, we check out this data list. 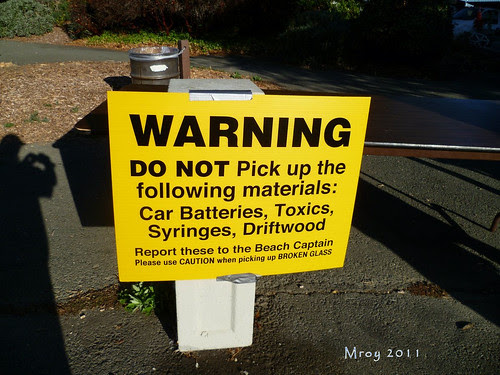 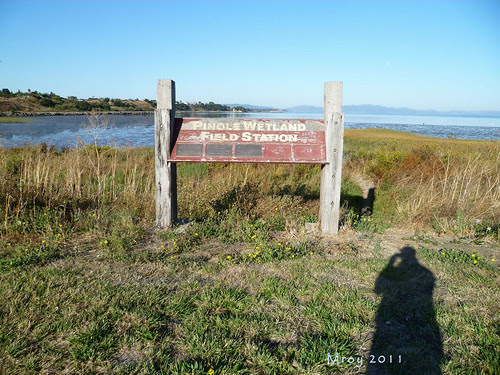 Me and my fat shadow! 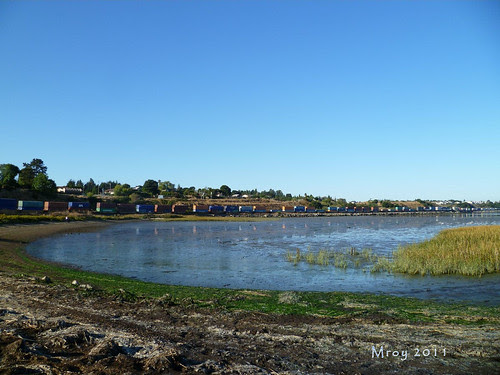 The wetlands is next to the train tracks. 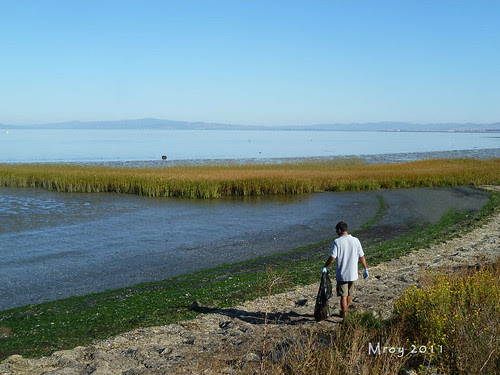 We begin. Hubs and I called shotgun on this patch of the wetlands. 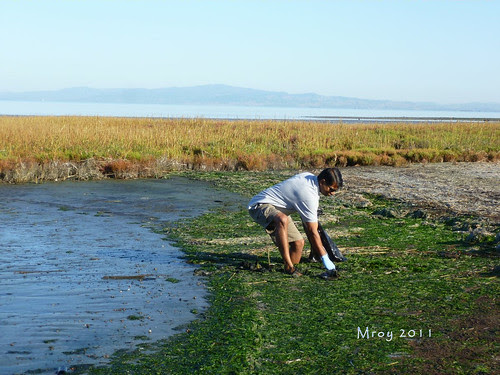 He asked why nobody was attempting to clean up that part of the wetland? He answered his own question, because it's muddy. Hubs got stuck in mud, I laughed out loud then took a photo. 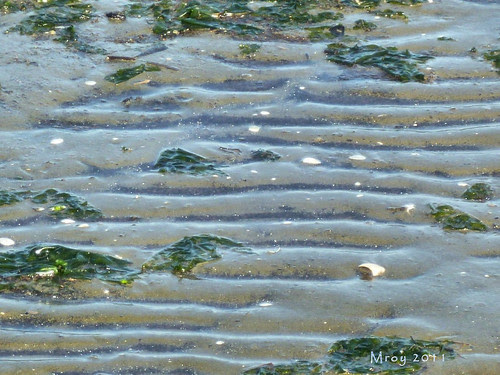 Was on a break when I shot this. 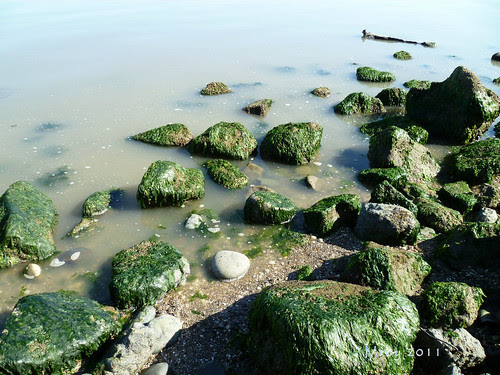 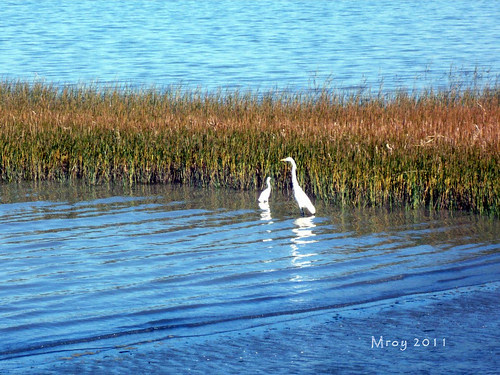 We were going back to the parking lot to dump our trash bags (yes plural) when I spotted these birds. I hoped they'd be able to catch something so I can photograph it. 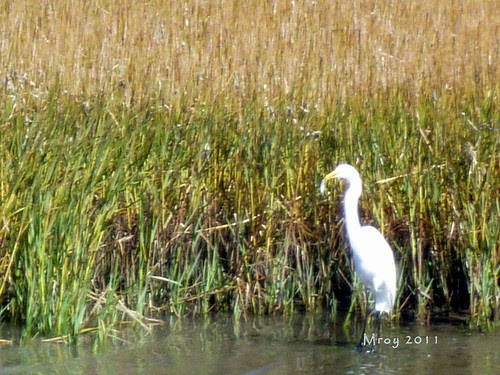 And one of them did - except that my little camera that could - could only zoom this much :( 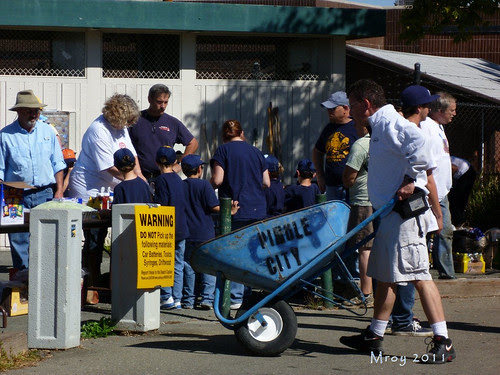 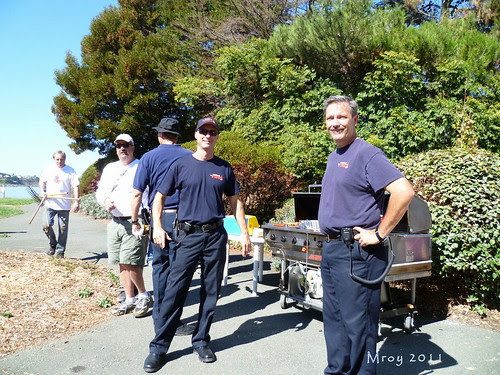 The wonderful and valiant firemen of Pinole FD volunteered to make the burgers and hot dogs.

It was a well spent day under the sun picking up trash. The weirdest I've picked up - now don't gag - is a styrofoam container much like the one you get at take outs filled with crap. Who would do that? Well, this is a popular fishing spot as well. I can't understand why when a mile away is the oil refinery. The fish you catch here wouldn't be safe to eat anyway.
And oh we also collected a couple of pillow cases - white - like the ones in hotels.
Labels: bay area california coastal cleanup pinole volunteer