In 2004 or 2005 during a trip to San Diego, I got acquainted with the California Missions and learned that there are 21 missions in California. These are scattered all over the state. I was so impressed with the San Diego Mission that I promised myself that I would visit all the 21 and post them here.

Five or six years later, I am not done with my mission to visit all the Missions. I don't know when or how I'd accomplish this mission, so in the mean time I'd start posting. My photos are getting old.

The Spanish missions in California comprise a series of religious and military outposts established by Spanish Catholics of the Franciscan Order between 1769 and 1823 to spread the Christian faith among the local Native Americans. The missions represented the first major effort by Europeans to colonize the Pacific Coast region, and gave Spain a valuable toehold in the frontier land. The settlers introduced European livestock, fruits, vegetables, cattle, horses and ranching into the California region; however, the Spanish occupation of California also brought with it serious negative consequences to the Native American populations with whom the missionaries came in contact. The government of Mexico shut down the missions in the 1830s. In the end, the mission had mixed results in its objective to convert, educate, and "civilize" the indigenous population and transforming the natives into Spanish colonial citizens. Today, the missions are among the state's oldest structures and the most-visited historic monuments.[wiki]

The architecture of the missions has made an impression to me. In this post I'll try to show you similarities of each mission in regards to their architectural detailing.

SAN DIEGO DE ALCALA - 5 miles east of Highway 5 in Mission Valley off State Highway 8 in San Diego, California. This is the first mission.

1774 - Moved from Presidio Hill above Old Town to present site. 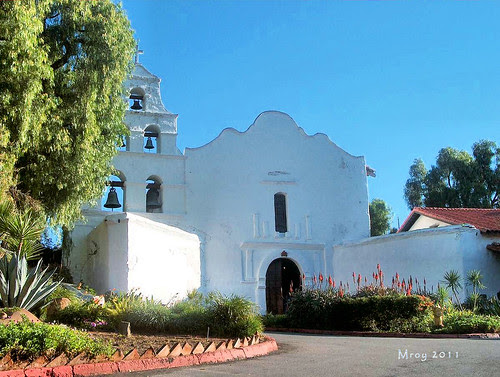 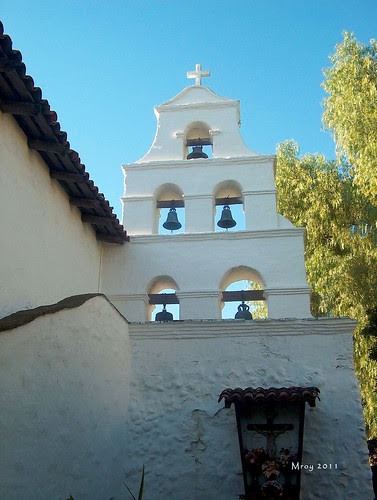 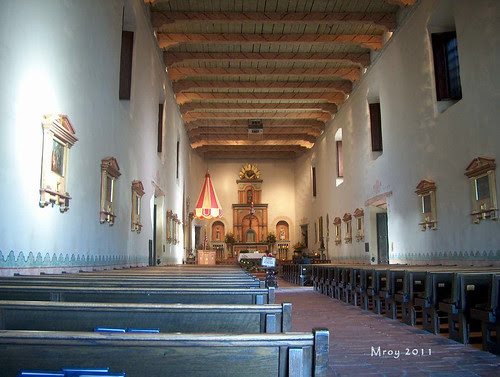 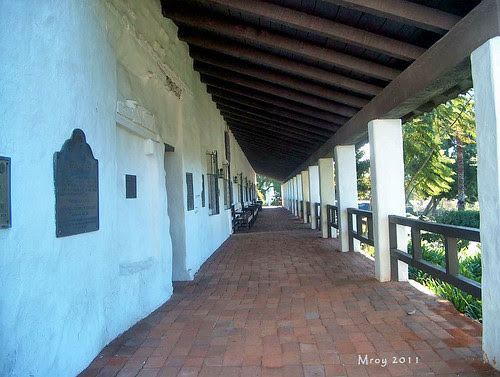 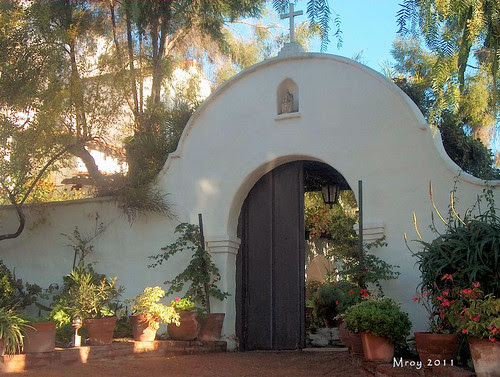 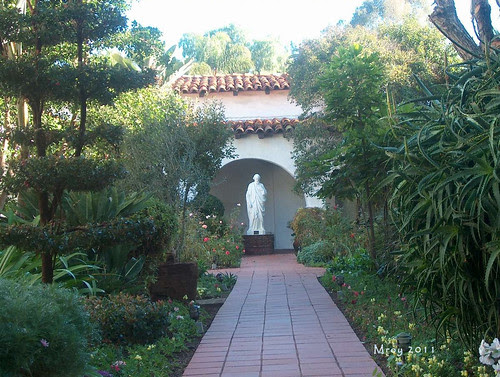 Garden. I noticed that in the missions I visited a statue of Fray. Junipero Serra is usually in the garden or patio.  I cannot find my shot.  Take my word for it, his statue is on the right, covered by greenery. 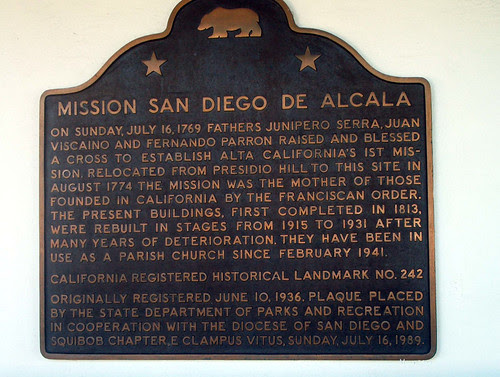