If you don't know yet, my favorite sport is baseball. And my favorite team is the SF Giants, who by the way has finally won the championship after a drought of 54 years. The crown that they won in November of last year also happened to be the very first championship that the Giants franchise won after moving to San Francisco.

While I am a die-hard fan - since 1993 - I hardly go to the games. Reason? Ticket prices are too high and that going to the ballpark can make a hole in your pocket.

I try to go once a year at least. I was kicking myself for not going to any game last year - their championship season. So this year, I was hellbent on going to at least one. But with the team coming from a very successful season, the popularity of tickets had soared.

Thankfully, the Giants have special events like the Filipino Heritage Night, where Filipinos can come and enjoy the ballgame. If my memory serves me right, the Giants started with an Irish Heritage night followed by Italian and then there were Japanese and Chinese.

A few years ago, Manny Pacquiao flew in from LA to throw the ceremonial first pitch for the heritage night.

So when my husband told me that a group of Filipinos from his work are making a group to go to the game, I told him to sign us both up, even though the game was a Wednesday night at 7:15. I leave work at 6 pm.

We got signed up and went to the ballgame. Tickets and free t-shirt cost us 56 big ones for both of us. I brought a teeny tiny point and shoot, since I was coming straight from work. 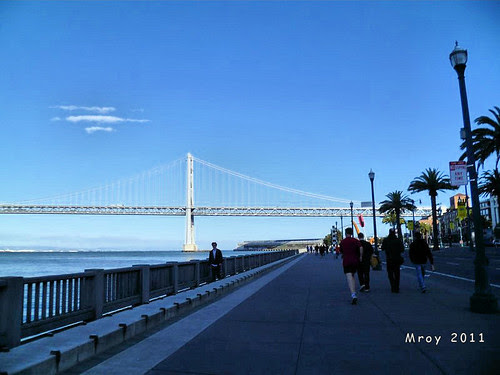 From here, the park is a 20-minute walk along scenic bay views and shopping and dining options. 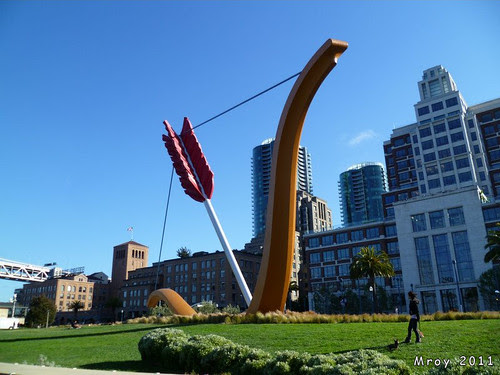 Finally got to photograph this gigantic art installation, the bow and arrow in Embarcadero. 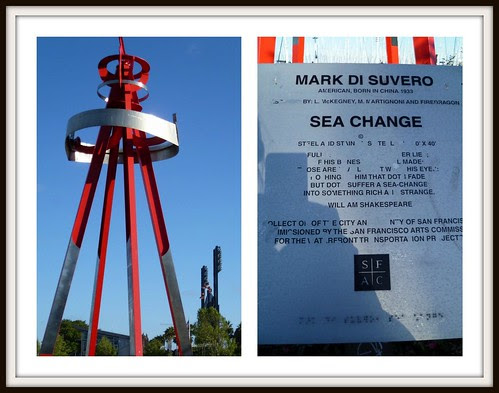 Been wanting to get up close to this art installation near the ballpark, finally did.

BTW, on weekday games, there are free rides from pedicabs with COMCAST signs on them. They sponsor the free rides, we availed of one just so I know that what they advertise is really true :) 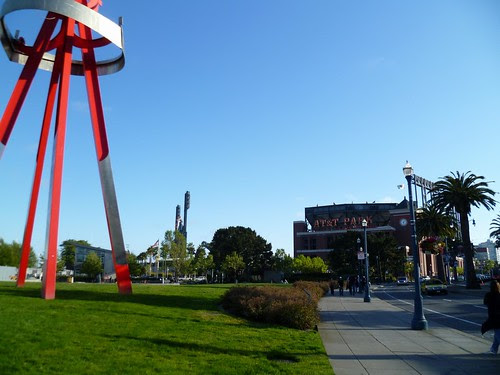 There is that beautiful AT&T ball park. 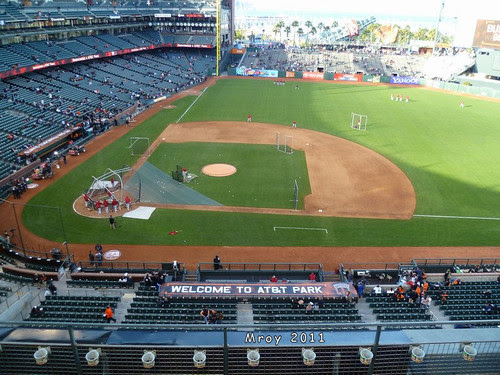 We came in early enough and was able to wait in a very looooong line to get our free t-shirt. Because we were standing in line we missed all the pre-game festivities on the field, we saw on tv monitors of folk dances happening on the field. 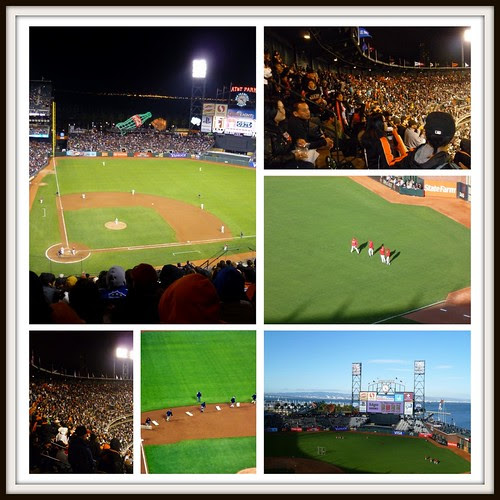 Then it was game time. It was a sell out crowd. Lots and lots of Filipinos. 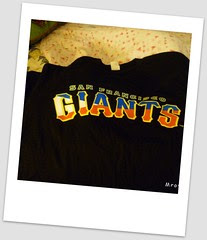 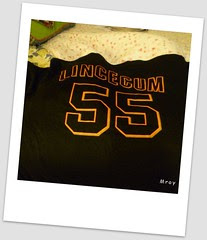 The free t-shirt features the Giants log on the front with the Philippine flag colors and the back features LINCECUM #55, who is the face of the franchise as well as a Fil-American athlete. I heard and read people saying they heard and read that Lincecum is born of a Filipino mother but I cannot find an accurate link for that. 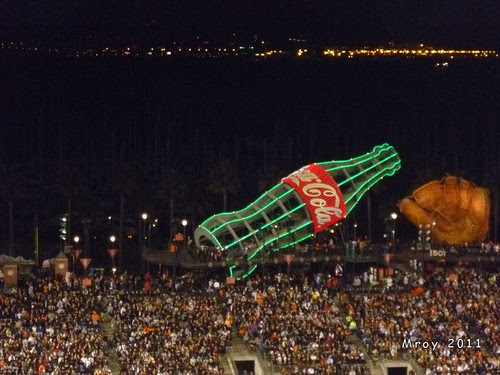 Two of the attractions in the park are the gigantic coke bottle, which is also a slide for kids, and the humongous glove. The lights in the background are from the East Bay cities of Emeryville and Oakland, perhaps even Berkeley. 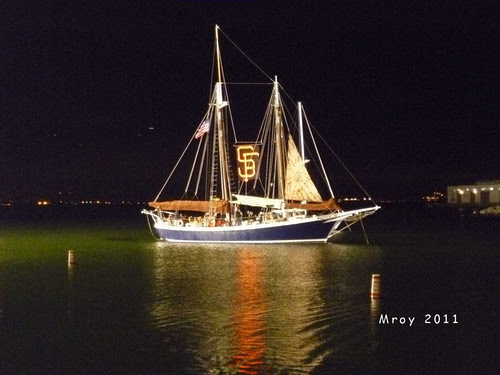 We exited at the back gate so I can photograph this pretty little sailboat. 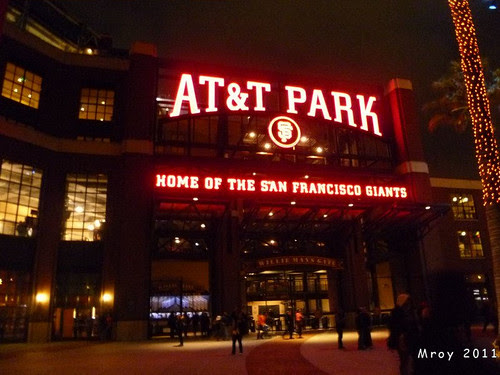 The main gate waiting for a barrage of people leaving the facility. 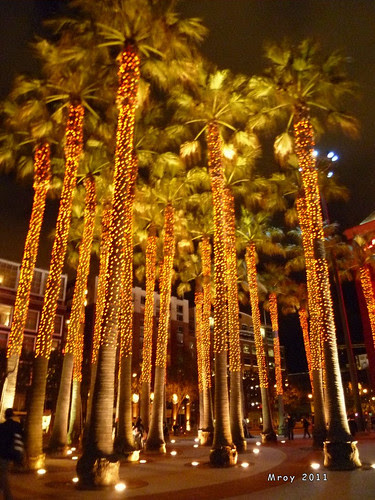 Always holiday atmosphere in the park.

BTW, the Giants won that game!
Labels: AT and T park baseball giants