Websites and those in the travel industry have advised prospective SF travelers to see the city by the bay from the bay as the water offers spectacular sights of the city they referred to as Baghdad by the Bay.  Despite all the recommendations from tourism authorities, I stayed away from this touristy activity.

Until one day when an email from Travelzoo made me stop and say I'd like to see the city from the water.  Travelzoo is an online resource providing spectacular deals from the companies.  And in this case, the deal was for a cruise around the bay - skirting by Alcatraz, to the beautiful waterfront of the city, under the Bay Bridge and to the ballpark - the SF Giant's home, AT&T Park and then back to Pier 39.

The cruise started boarding at 6 pm on 9/03/11.  It was breezy and foggy as you can see.  It was called the HAPPY HOUR cruise.  A spread of appetizers - cheese and crackers and chips and dips - along with choice of alcoholic and nonalcoholic beverage was included in the price. 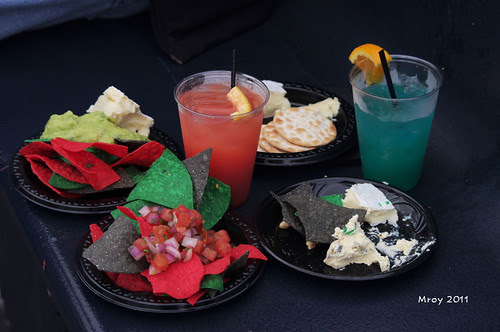 Come and join me as we see this beautiful city peering through the fog that envelops it while cruising this charming bay. 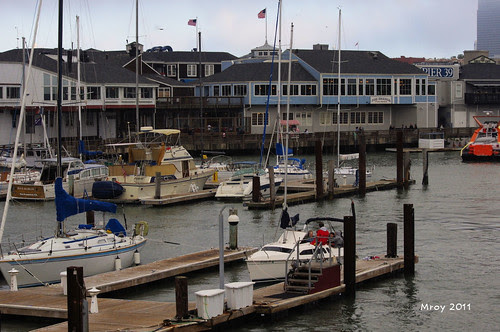 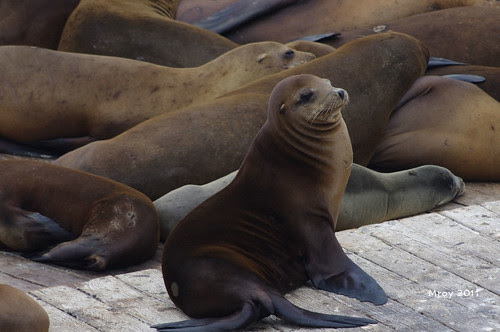 We passed by the sea lions. 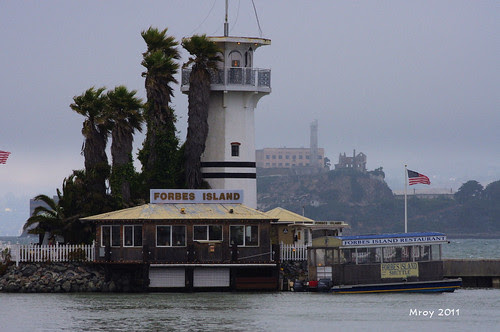 Got a close up look at Forbes Island, a restaurant where a water shuttle would ferry you from Pier 39 to the restaurant.  Pretty cool eh? 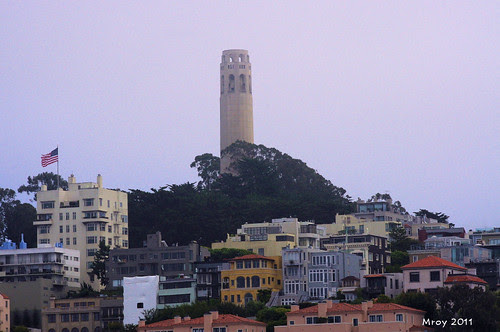 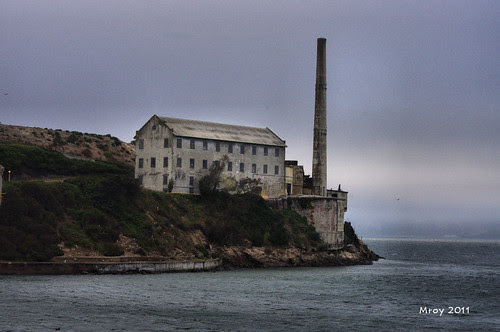 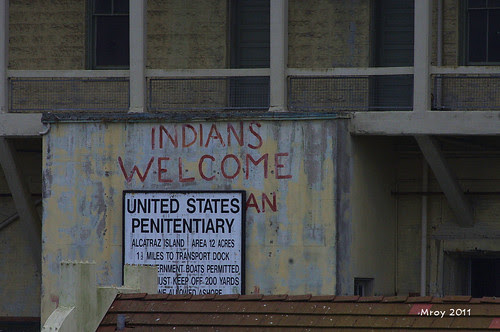 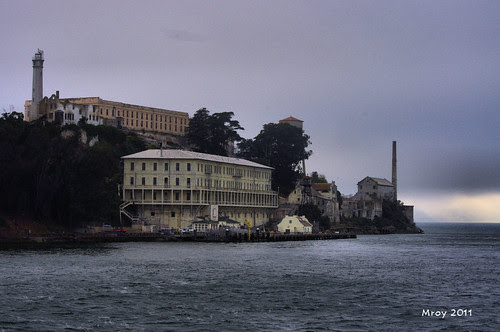 I really love how the fog enhances the eerie beauty of Alcatraz. 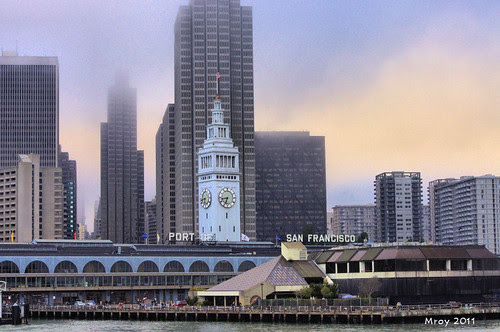 The Ferry Building Clock Tower.  It's the first thing that greets the visitor to the city who comes in from the water.  So picturesque. 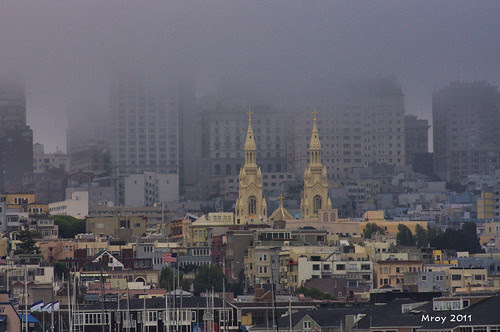 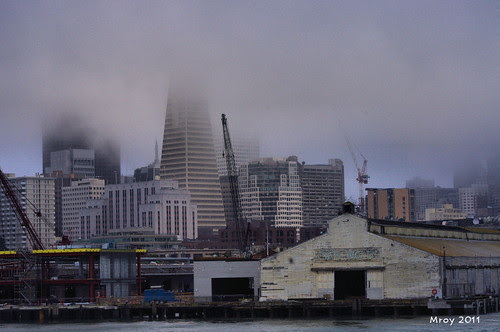 The Transamerica Pyramid almost drowned by the fog. 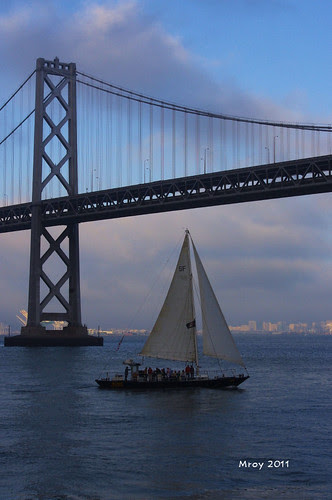 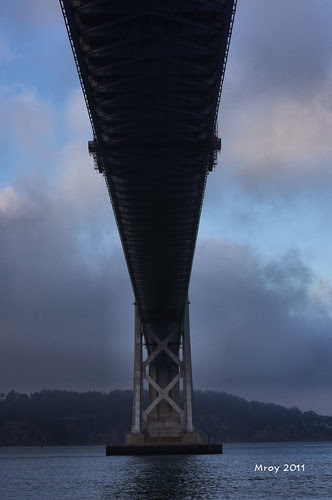 Crossing under the Bay Bridge. 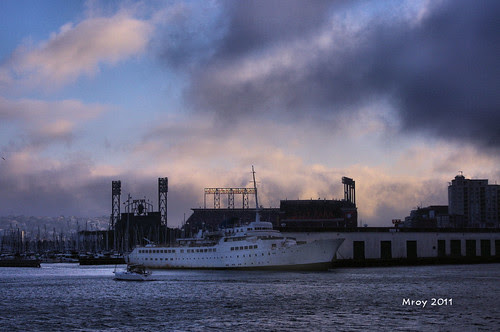 We are nearing AT&T ball park.  The Giants were playing that day.  We could hear the roar of the crowd from the bay. 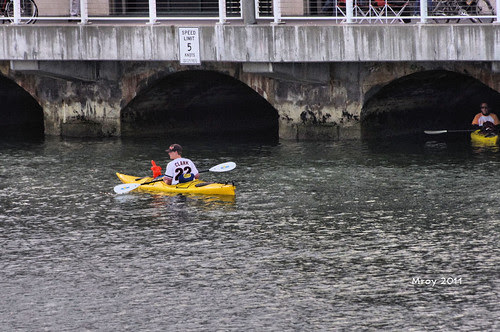 The water outside the ballpark is named McCovey Cove after Willie McCovey - first base Hall of Famer, very popular spots for kayakers and boaters. 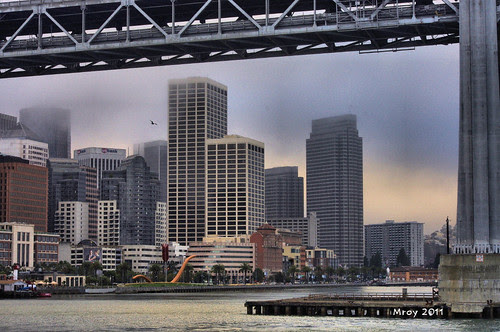