I can't remember how or why or even when I got interested in architectural designs. I have no background in either architecture or engineering. I do however have a passion for photography and doors and windows are some of my favorite things to shoot. I suppose that's where it all began. And looking at all the pretty pictures online, that too.

Afer leaving the beach, we took a leisurely stroll along the length of Ocean Avenue in order to see up close all the bars, restaurants, cafes, hotels, and gift shops and photograph the ART DECO buildings were the activity that followed. This side of the street was where people watching was at its best. However, I didn’t indulge in people watching as much as I wanted to. It was hot and humid and the combination was getting the better of me and my mood. I needed a little AC/cooling and some sustenance to power me up for the rest of the evening.

Walking around and peeking at the menus, we found nothing that we liked to nibble on. Exasperated, I made an impulsive choice. I entered this one restaurant/bar that boasts Cuban food in their menu.

The waitress asked if I wanted to eat outside – sidewalk by Ocean Drive – or inside, I chose the latter. Who would say no to AC after the walk on the beach?

But the minute we got inside and was seated, we knew we made a big mistake. All we wanted was a little bite to tide us until dinner where we have already made advanced reservations.

The place was fancy, nice table setting, vibrant color scheme, very Hispanic/Latin, Gloria Estefan on the wall, nice cozy alcove seating area. The hubs looked at me and I looked back and we both say. Okay, we’re not paying $40 for this little snack are we? We definitely did not pay just $40.

Curious about what we ordered? I had a little Cuban appetizer that was a mashed up plaintain made into a ball and fried and there’s something else in it. This particular appetizer is a miss for both of us. Then we ordered a Cuban sandwich that included a side of french fries. Both the sandwich and the fries were hits. Worth the price. A bottle of beer and a glass of sangria completed our meal, one that wasn’t $40. I overpaid for AC. My bad for not showing the food pics here, it was intentional as I have many pics to post. 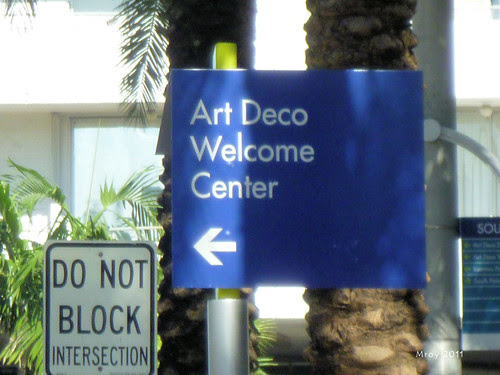 Art Deco is an eclectic design that originated in Paris in the 1920s. Eclectic because it's a combination of different architectural/artistic designs. It is the mutt of architectural styles. 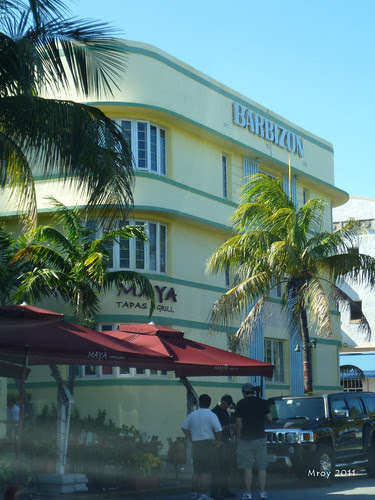 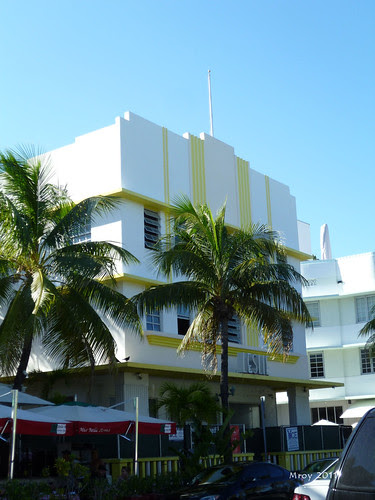 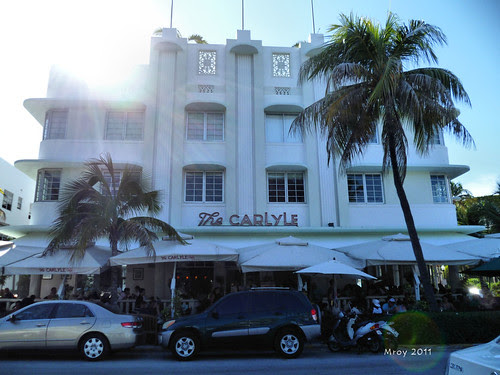 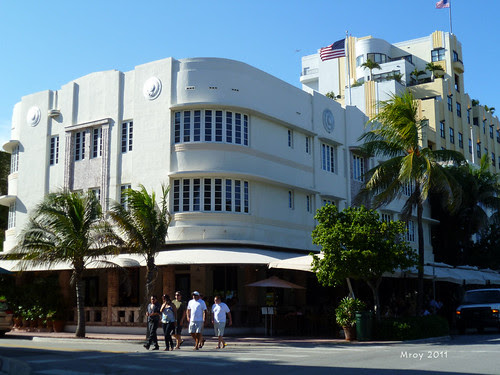 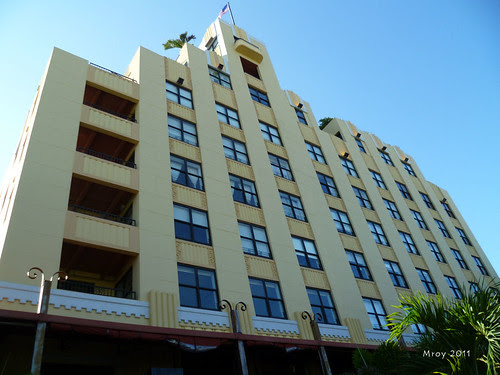 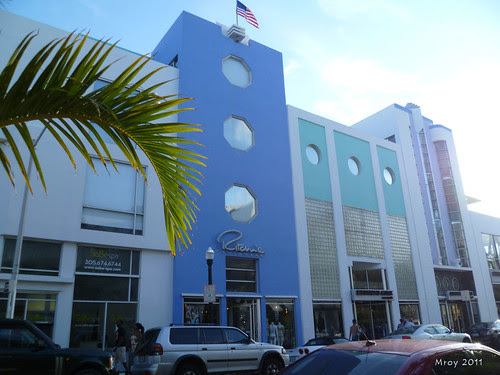 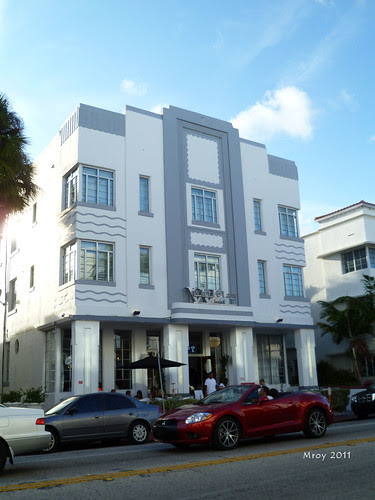 The Miami Beach Architectural District (also known as Old Miami Beach Historic District, and the more popular term, Miami Art Deco District) is a U.S. historic district (designated as such on May 14, 1979) located in the South Beach neighborhood of Miami Beach, Florida. The district is bounded by the Atlantic Ocean to the east, Sixth Street to the south, Alton Road to the west, the Collins Canal and Dade Boulevard to the north. It contains 960 historic buildings. ~ Wikipedia 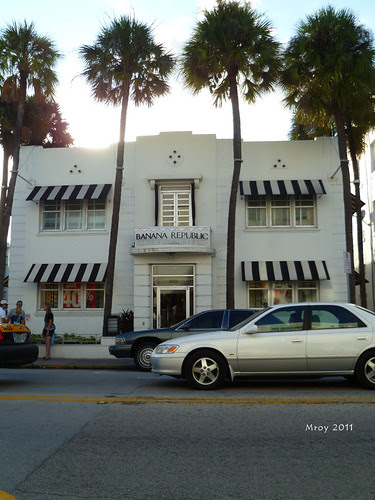 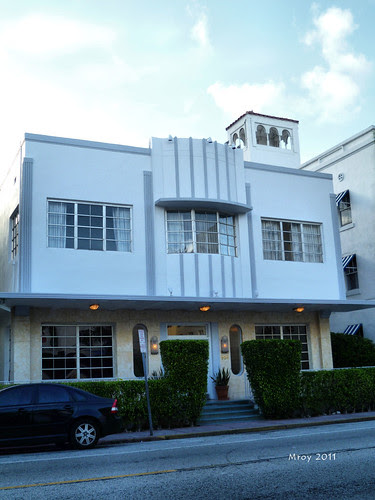 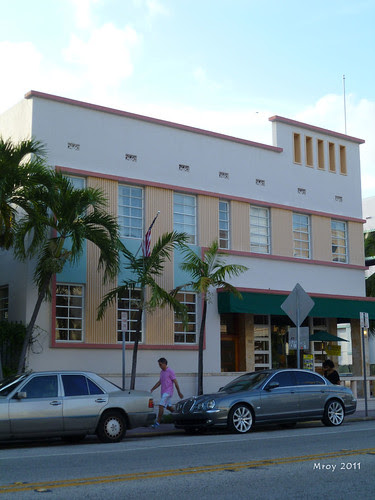 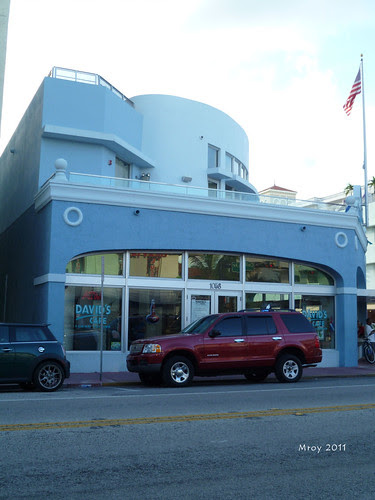 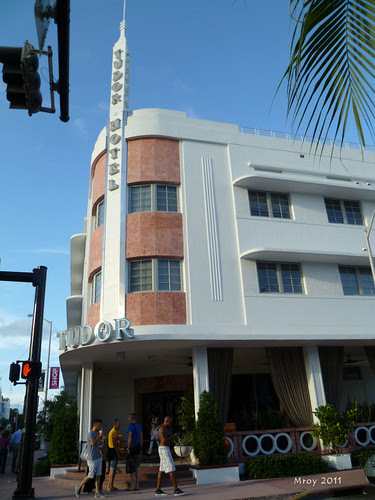 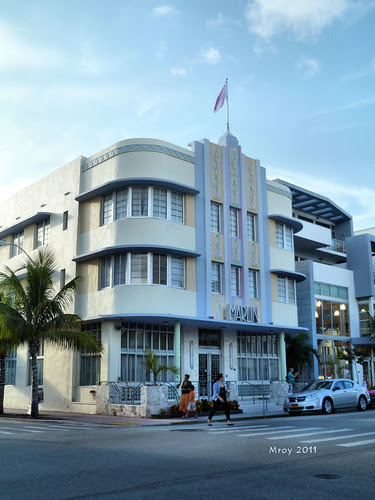 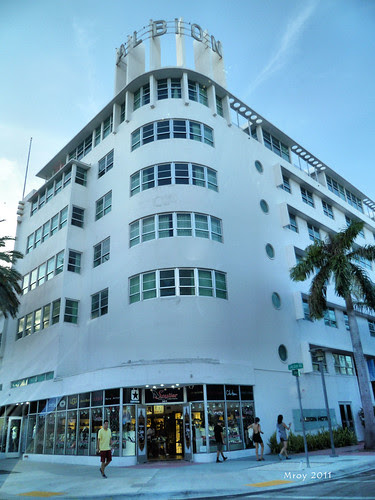