Tortuguero is the land of turtles and turtles - the giant green turtles - were the reason we had this leg of our tour here. We got to see the giant turtle ONCE, but the monkeys living in the trees around the lodge gave us company day and night. They even became our alarm clocks when they jump onto the roof making a whole lot of clatter at 5 am. Watching them swing from branches to branches is fascinating and memory card beware! 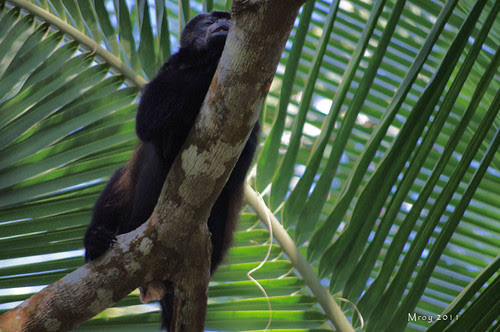 He was the first one we saw sleeping atop a bough on our arrival. We were just depositing our luggage in our room when all of a sudden there he was. 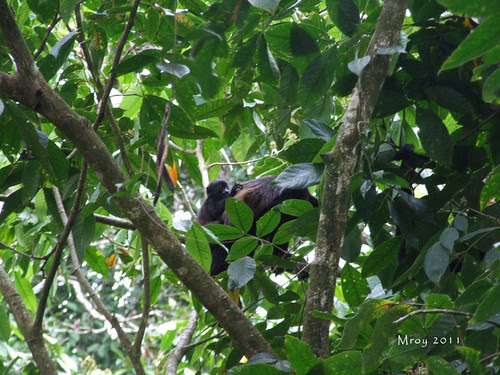 In our entire time there we spotted a family of monkeys, here you see the baby being carried on the mom's back. 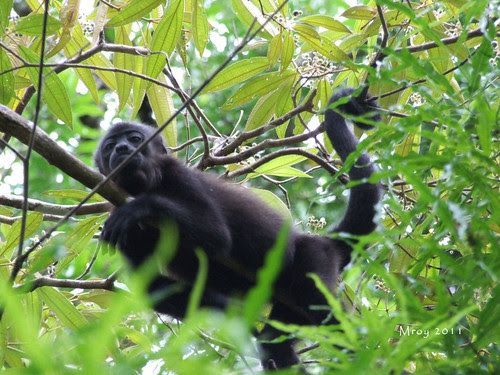 He's probably used to humans shooting at him. 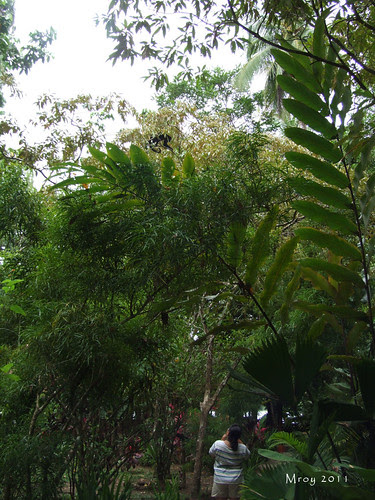 I spent a lot of time looking up craning my neck and using up a lot of memory space. Hubby took this pic. 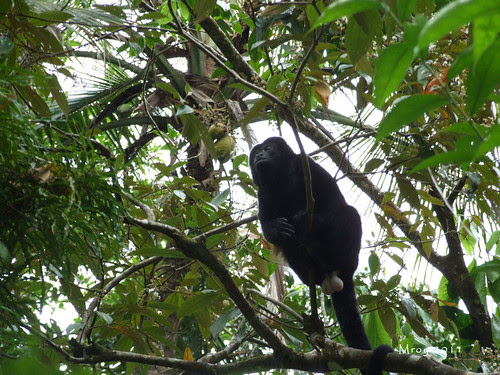 He's letting it all hang out. 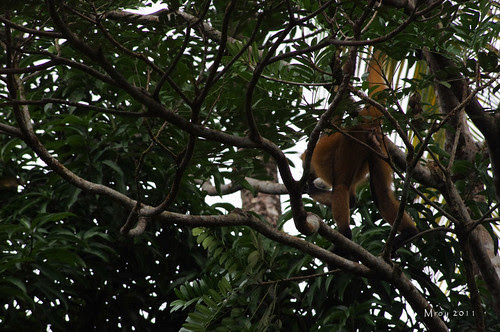 In the lodge we saw 2 kinds of monkeys, one more plentiful than the other. 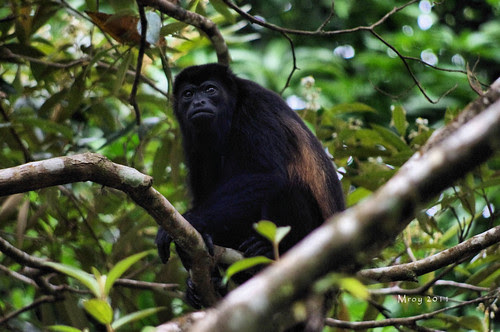 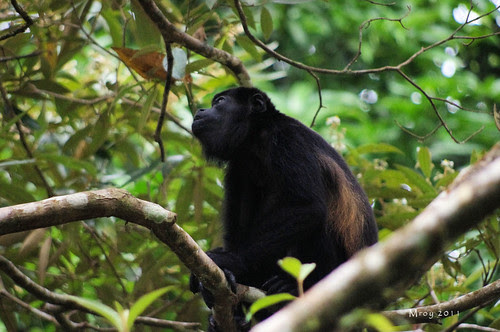 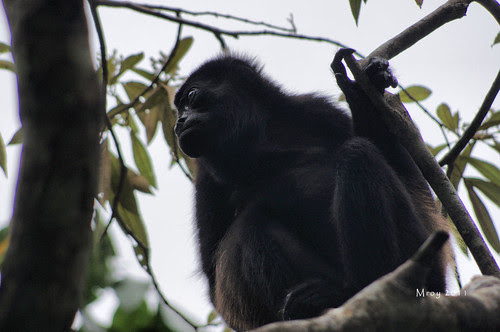 He is very cooperative. 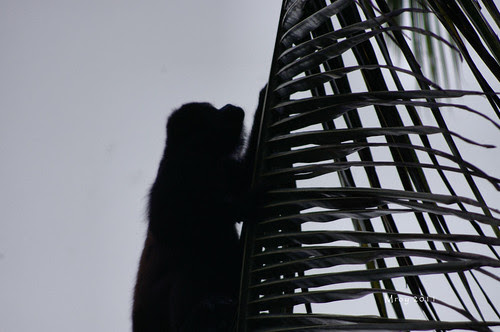 The little baby trying it on his own.
Labels: Costa Rica Tortuguero