This is another of those posts that maybe only I can fully appreciate. Just humor me, will you?

For a baseball fan, the months between the World Series and spring training seem to go on forever. So any chance during this lull in action to see the players is welcomed by the many avid fans.

I don't know how many teams do this, but the San Francisco Giants hold annual Fan Festival, just before the pitchers and catchers report for spring training. This is a time for the fans to show their support to the players and their team. The Giants are a classy team. They know how to appreciate their fans. Last year, we were unable to go because of scheduling conflict. The day the fan fest was scheduled was the day we were coming back from our cruise.

Lesson learned from last year; hence we made sure we were ready for this year's Fan Fest. If nothing else, it would be a great day at the park. 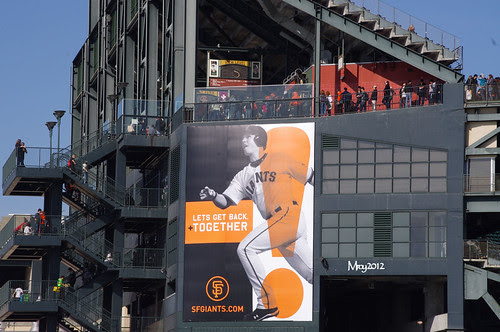 Do you see the blue skies? Early February and the temperature was in the upper 60s. Short-sleeve weather, yay! 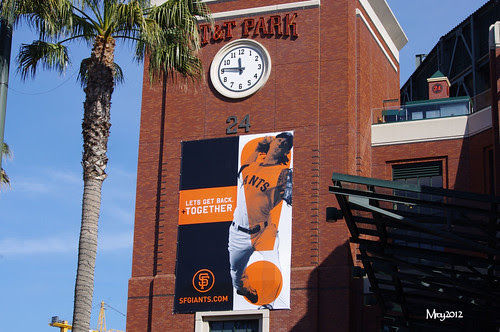 The fanfest was scheduled from 10 to 3 pm. I arrived a little before noon. 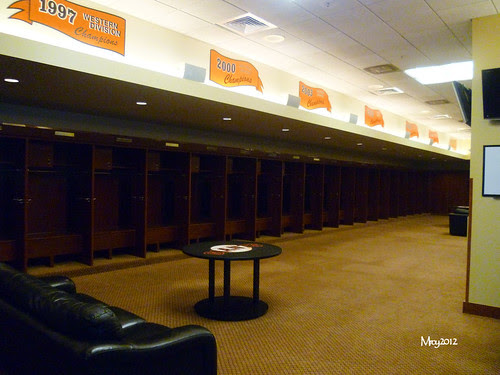 The fans were allowed to peek at the home team's clubhouse. 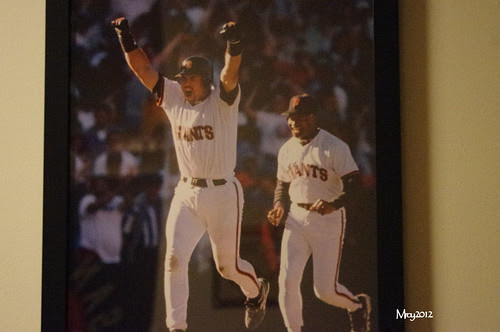 The corridor walls were decorated with photos of memorable moments in Giants history. My fave moment as a Giants fan was when Brian Johnson hit a game winning HR in the bottom of the 12th, LA Dodgers vs SF Giants, 9/18/97. Still one of the best games I've seen (on tv). This is that moment pictured here. 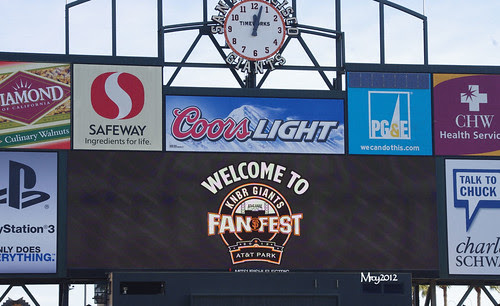 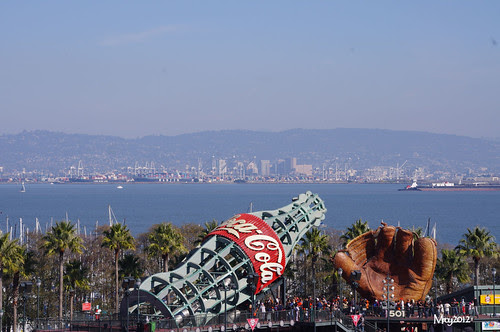 So clear you could see Oakland across the bay. 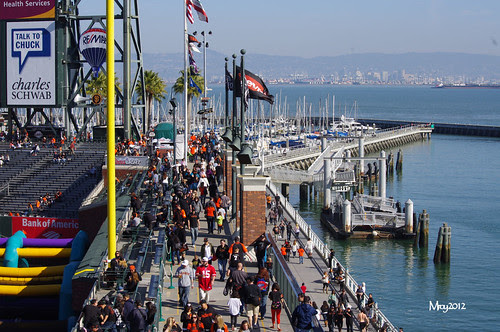 The waterway to the right is called McCovey Cove. 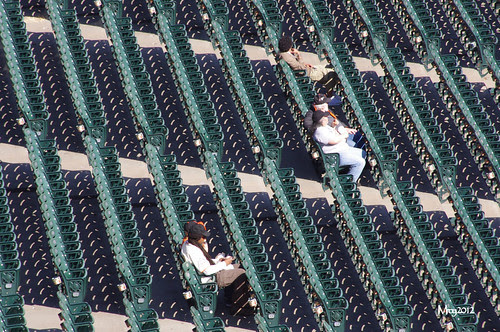 Won't be long before this place will see full house night after night.


THE PLAYERS/TEAM:
The players were scattered all over the ballpark signing autographs. Some lines were really long and wraps around the park. It was never my intention to get any autographs, so I didn't even catch sight of the other players. 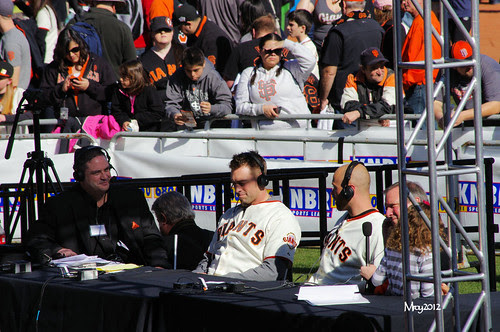 Jeremy Affeldt (l) and Nate Schierholtz (r) being interviewed by Larry Kruger (l) and Gary Radnich (r). The Giants flagship station sponsored the fan fest and the shows were aired live from the ball park that day. I spent more time listening to interviews. 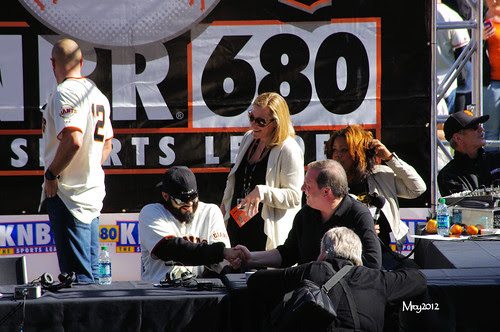 Reliever Sergio Romo, a member of the bearded brigade, takes his turn at the interview desk. 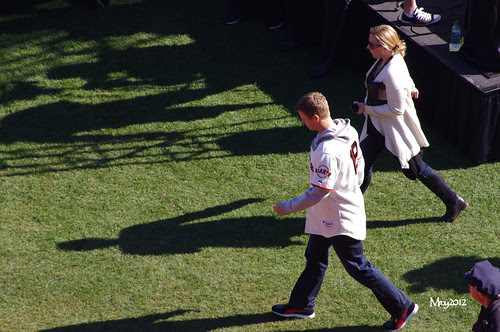 Matt Cain, pitcher extraordinaire, walks up to the interview desk. 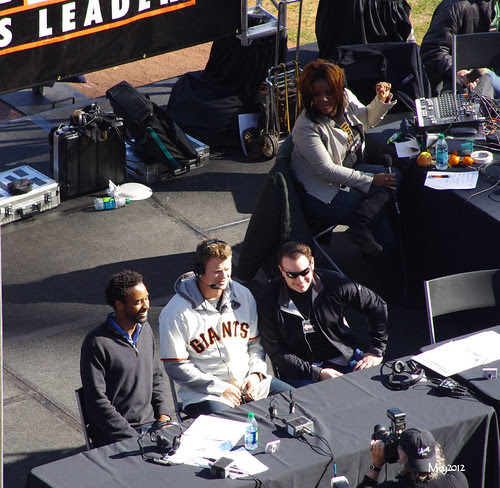 And gets to take pictures with Fitz and Brooks, sports radio announcers. 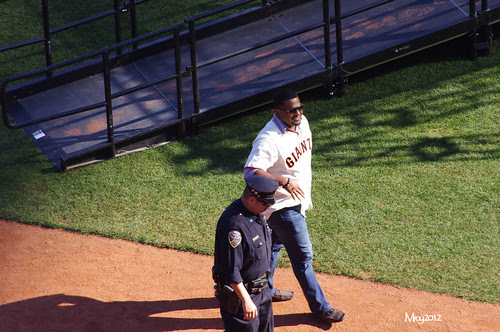 Pablo Sandoval, lovingly called the Panda by fans, was all smiles as he walks off the interview desk.


THE FANS:
The Giants announced that the number of people who attended the fan fest was 36,000. Here are some of the 36,000 that my camera captured. 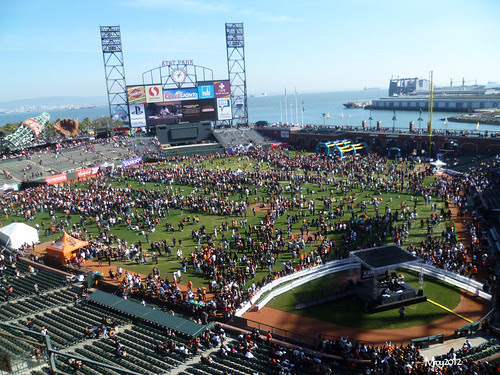 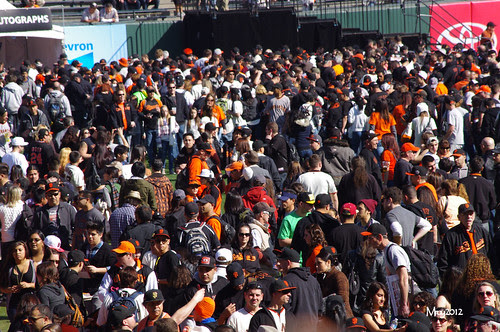 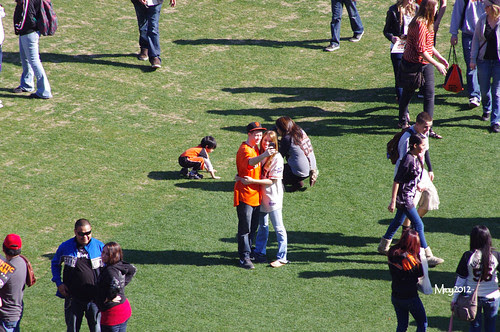 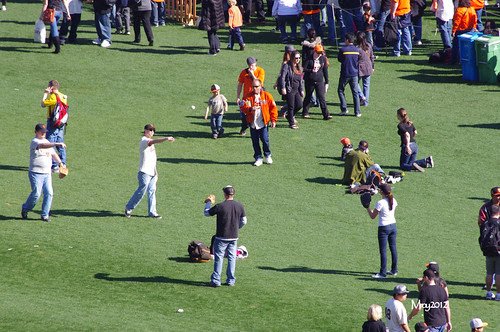 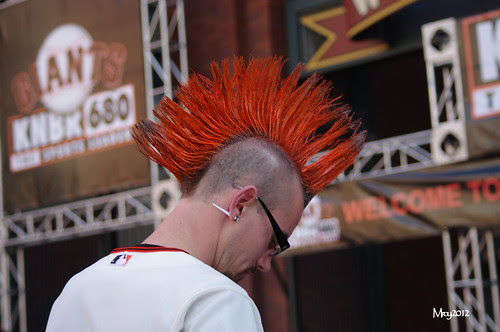 It was a lovely experience.