We arrived in the capital city of San Jose mid day. That was some long drive from Monteverde. Upon completing check-in, we only dumped our luggage inside the room and headed out to see a little bit of San Jose. I knew there wasn't enough time to arrange for a proper tour. Not that a proper tour was what we were thinking of doing at that time. All we wanted was to see a little bit of the city.

While preparing for this trip, very little research was made on the time in San Jose and for good reason. We were not spending much time here. Like this last day for instance, all we have is a half a day to roam.

We hailed a cab outside the hotel, the same hotel that we stayed in on our arrival in the country. We asked the driver to take us to see the National Theater. He told us just beside the National Theater is Avenida Central, 8 blocks of vehicle-free, pedestrian-only thoroughfare lined with shops and restaurants and hotels on both sides of the street.

It seemed that we'd be able to fill the few hours in this vicinity. We have some shopping to do after all. But first we went to look at the National Theater, timely too since the rain has started to pour by this time.

From wikipedia: The National Theatre of Costa Rica (Spanish: Teatro Nacional de Costa Rica) is the national theatre of Costa Rica. It is located in the central section of San José, Costa Rica. Construction began in 1891, and it opened to the public on 21 October 1897 with a performance of Johann Wolfgang von Goethe's Faust.

The National Theatre stood as a cultural asset of the country during a time when coffee exports were a source of its success. It presents high quality performances, with artistic criteria being very high.

The building is considered the finest historic building in the capital, and it is known for its exquisite interior which includes its lavish furnishings. 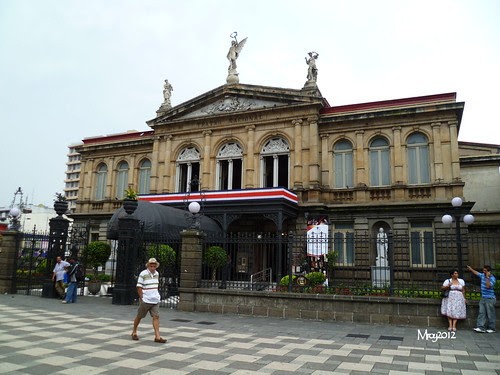 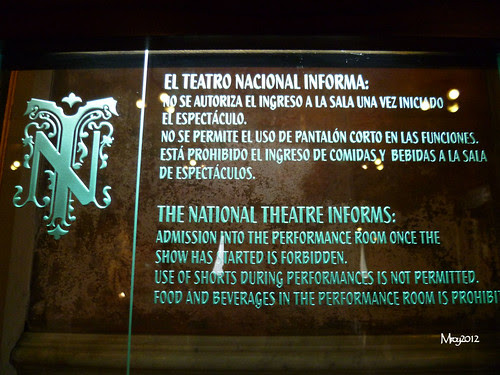 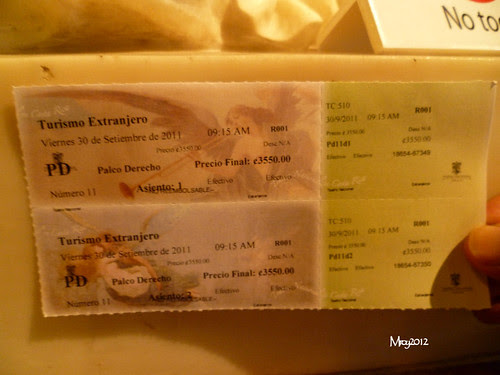 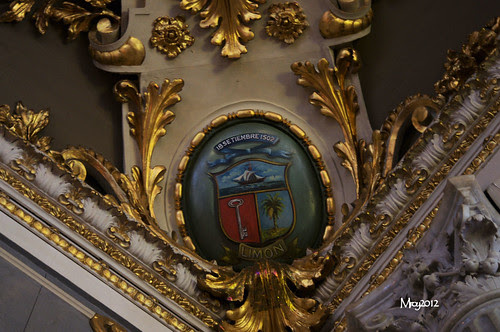 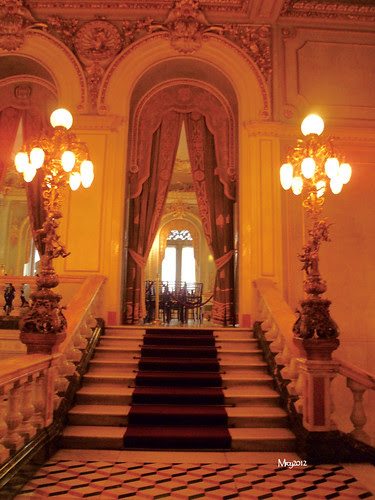 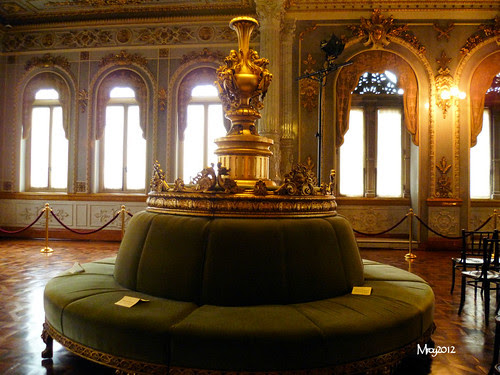 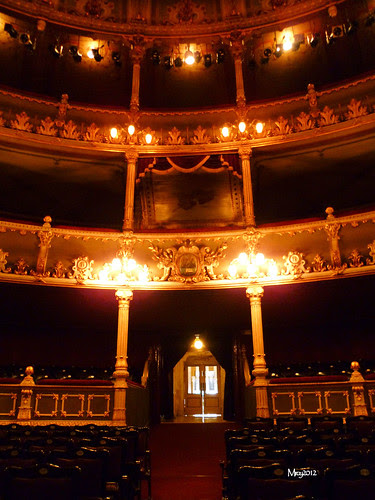 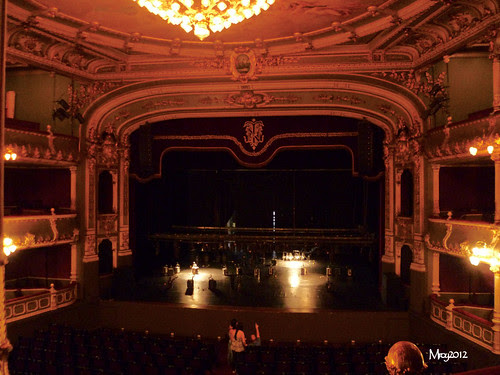 We did our shopping after visiting the theater. We also stopped for a bite in one of the stores along Avenida Central. 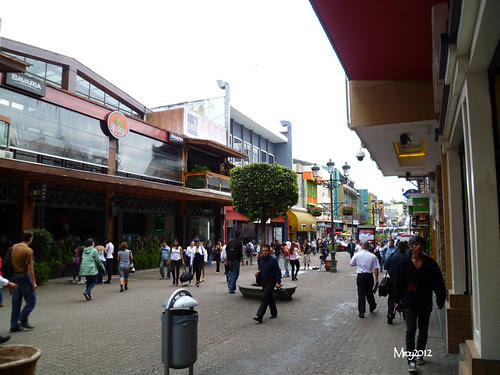 We penciled a stop at the cathedral. I was really eager to see it. I was surprised to see it. The facade is atypical of Catholic churches I've seen before. 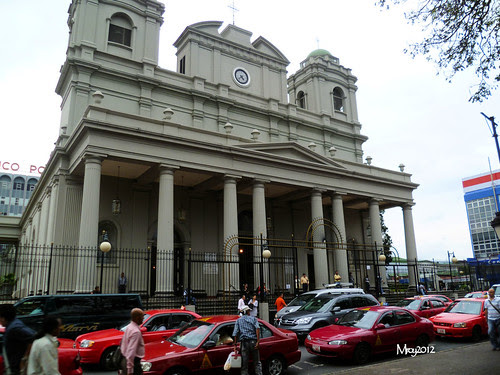 Here's what wiki has to say about the Metropolitan Cathedral.

The Metropolitan Cathedral of San José Spanish: Catedral Metropolitana is a cathedral in San José, Costa Rica, located on Calle Central and Avenues 2 and 4. The original cathedral was built in 1802 but was destroyed by an earthquake. It was replaced in 1871 by a design by Eusebio Rodríguez in a style which combines Greek Orthodox, Neo classical and Baroque styles with its Doric pilasters and neo-classical pediment with steeples at the side at the front of the building.[1] Inside, the cathedral has a notably fine colonial style tiled floor and stainless windows depicting biblical scenes. A vaulted ceiling spans the length of the nave with two fluted columns supporting it. At the main altar is are statues of cherubs and a wooden figure of Christ. In the background is a half-cupola in the wall containing a mural of Jesus and the Holy Father.[1] To the left of the altar is the Chapel of the Holy Sacrament, adorned with wooded quadrants and floral motifs. 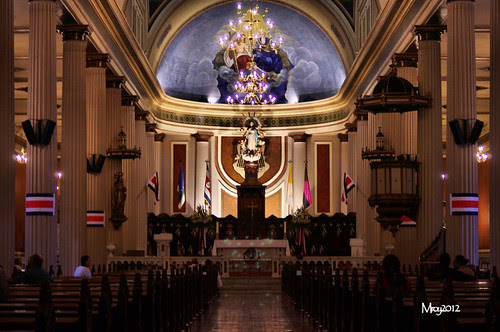 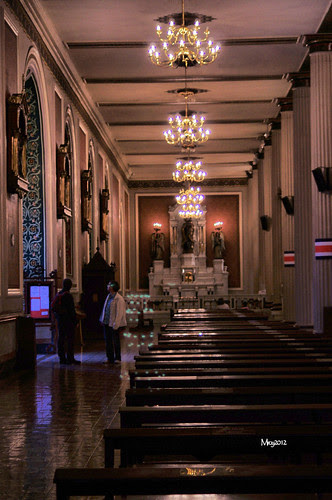 This is one of the three naves. The blue-white-red decorating the columns is the Costa Rican flag. Inside the church. The separation of church and state is definitely not applied in this country. 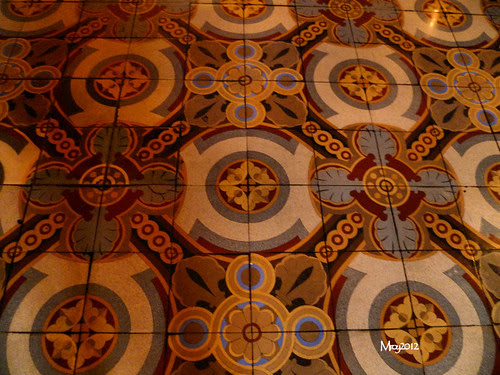 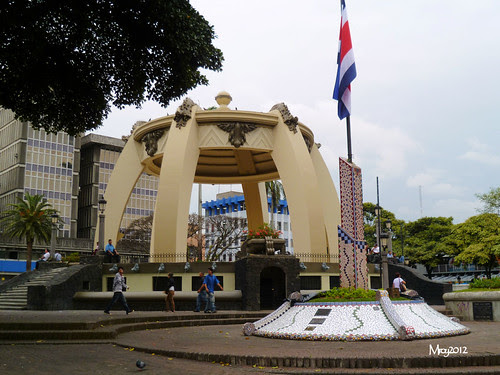 I cannot remember the name of the park that sits across from the cathedral. We hardly paid any attention to it.

Across from the park is this imposing building. On it's facade are many many parrots, they make wonderful sound mixed with the traffic noise.

This is the end of my Costa Rica vacation. We left San Jose aboard a plane that took us to Miami at 7 am the next morning.

This vacation has shown me that if the people are taught to respect and conserve nature, and if they are given other sources of livelihood (other than illegal logging or poaching), they would be able to proudly conserve and protect their natural resources.

Even though I have been estranged from my birth country the Philippines, I hope that she will find Costa Rica a good role model in conservation efforts. I believe that the Philippines has one of the best natural resources in the world, beaches, jungles, rivers and lakes, mountains and volcanoes, and people speak good English and are warm and friendly. What we just need is to own up to our country, make it our responsibility, individual responsibility to care for its resources. Show the tourists that we respect our country, that we follow the rules and they will follow our examples.