If you love the outdoors, if you love the wilderness, hiking, camping and being with nature, you'd surely know or have heard of John Muir. If you've been to Yosemite, you'd certainly heard of his name. John Muir is an American born in Scotland on April 21, 1838. He was an activist and preservationist. His efforts saved Yosemite Valley, Sequoia National Park and other wilderness areas. He also founded (co-founded) Sierra Club, a very important conservation organization in the US.

I don't really know how Earth Day (April 22) got started, but I'd like to think that it should have been on April 21 - the birthday of John Muir, because he was pushing for preservation of wilderness and open spaces ---- way ahead of his time.

And so on Saturday, John Muir's birthday, we joined people in celebrating his birthday by visiting his old house that is now a national historic site. It is located in Martinez, CA, some 15 minutes from home. Another bonus last Saturday was that entrance to the site was free. I hear Yosemite's entrance was also free. We were torn between going to Yosemite and to his house. But since it was also Earth Day weekend, we thought that it would best served Earth if we chose to limit our carbon footprint by going to Martinez.

Let me show you how we joined others in celebrating his birthday. 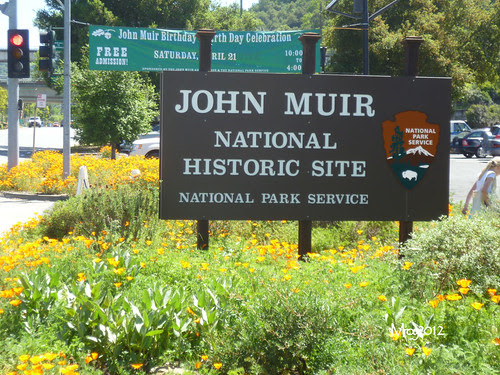 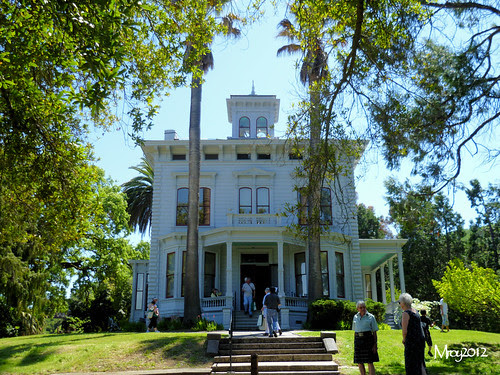 His house in Martinez. He lived here the last 24 years of his life.
This house and a part of the ranch are now national historic site. 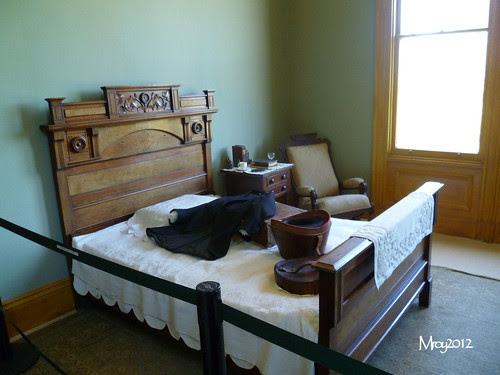 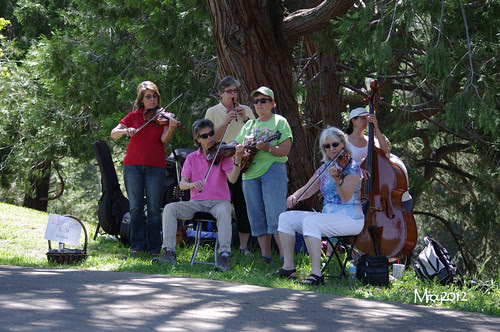 Music was playing outside his house.

We went around and stayed for the program. It was a hot afternoon. 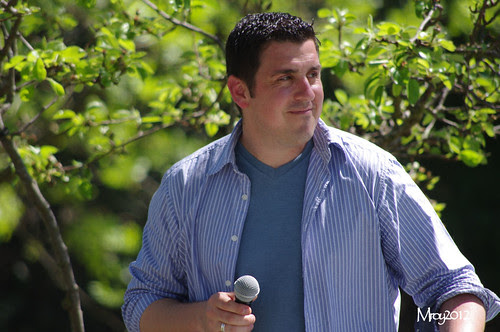 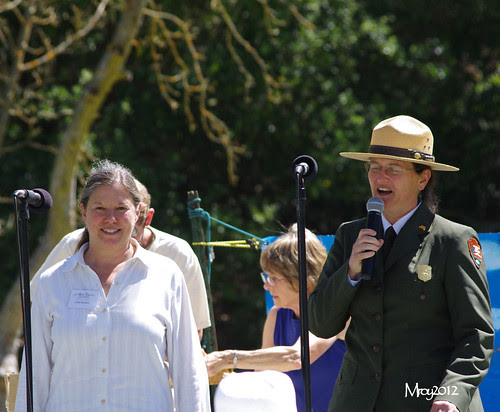 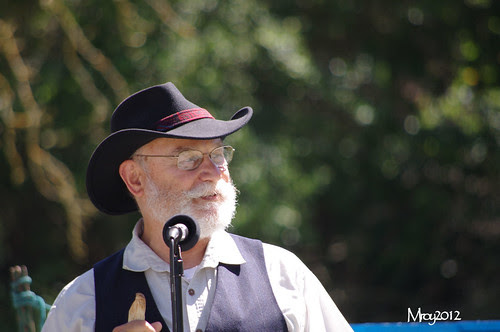 Guess who showed up for the b/day celebration - John Muir himself. 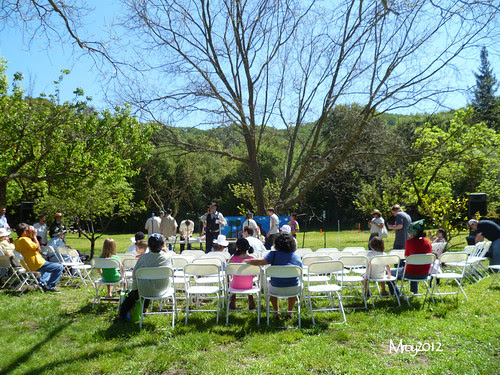 People were under the shade, don't be fooled why there seems to be no one watching the program. Tis hot, 90s. 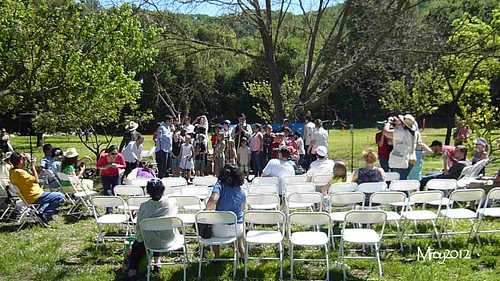 The kids were called up front to sing happy birthday to John Muir. 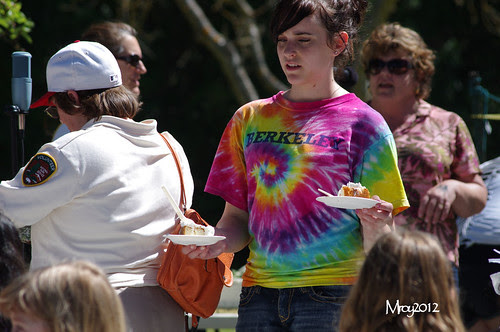 Wouldn't be a birthday party without a cake, volunteers pass out cake to every one.

Afterwards there was a recycled fashion show from an elementary school in the district. 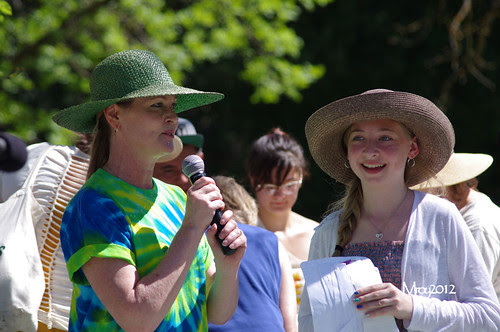 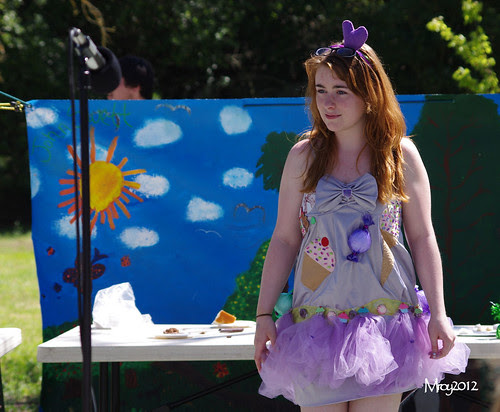 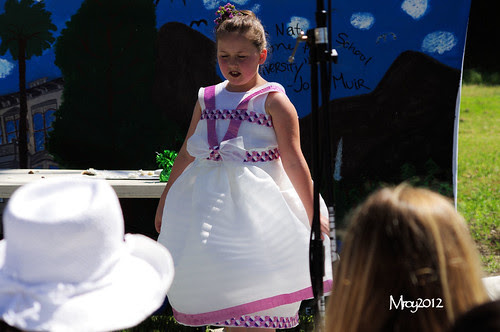 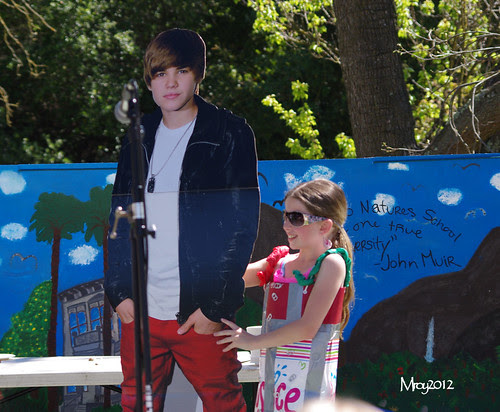 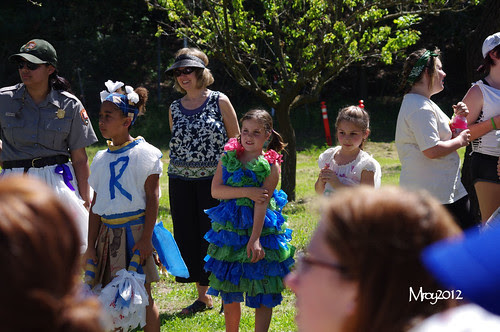 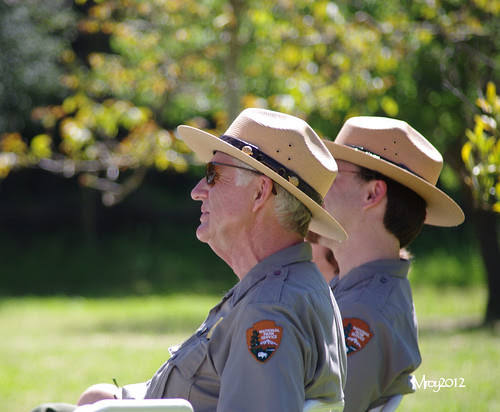 Park Rangers took time out to enjoy the program. 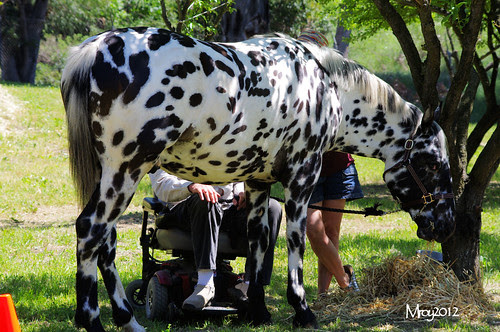 This is a dalmatian horse. They breed them here. It's the first time I'd be seeing one of this breed. Who knew they even existed. How cool. 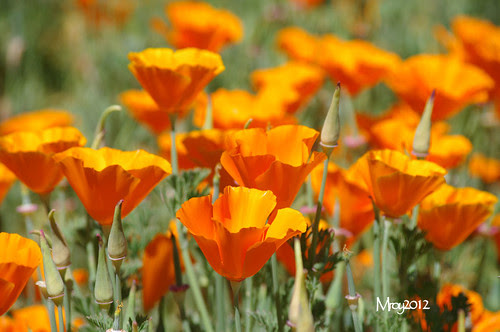 Happy Earth Day. Let us all reflect on how we can do a better job at preserving the earth that we call home. It's our only home.

God has cared for these trees, saved them from drought, disease, avalanches, and a thousand tempests and floods. But he cannot save them from fools.

I never saw a discontented tree. They grip the ground as though they liked it, and though fast rooted they travel about as far as we do.

When we try to pick out anything by itself, we find it hitched to everything else in the universe.