We reached the inn just enough time to get freshen up for our dinner at a little fancy restaurant called John Ash and Co, which happens to be housed inside the compound.

While getting ready, I got a knock on the door asking if I'd like a turn down service. When I politely shook my hand, he handed a huge cookie :). 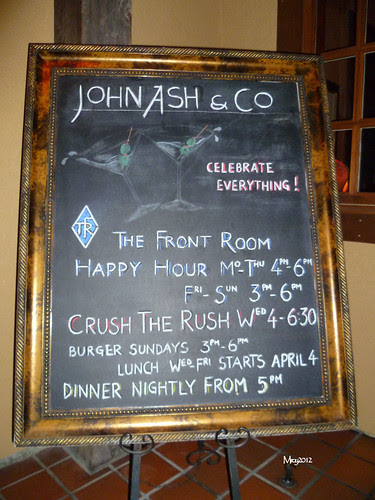 While I limit my outing to fancy restaurants to once a year (for special occasions), when it's attached to a package, I don't mind going.

Still full from the fried artichoke and potato chips from Johnny Garlic's, I was set on taking a looong dinner, so I could pace myself.

Upon the recommendation of the waiter, we ordered one cocktail to share, since we have brought a bottle of wine with us. 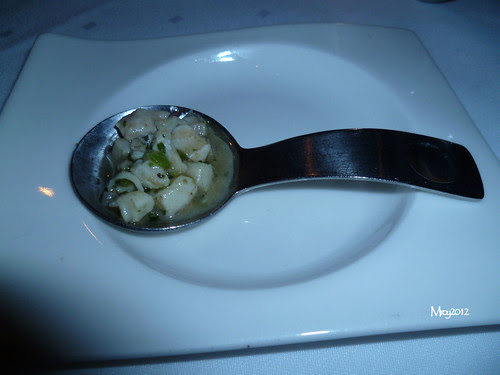 We were started with a complimentary fish escabeche as a palate cleanser. 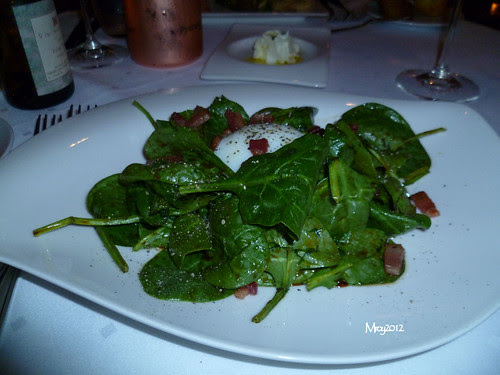 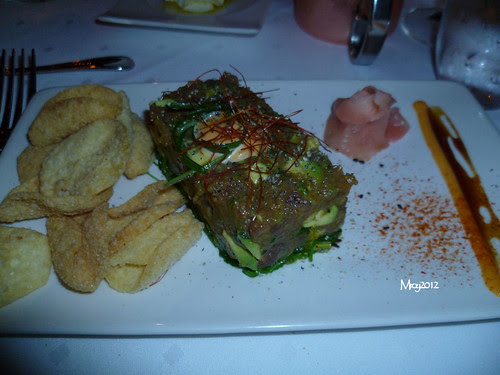 I had the gorgeous Asian-style tuna tartare ($15) with wakame salad and wonton chips. Have you seen a tartare this size for appetizer? I thought they really were generous with the portion. It was so good, but so large that I was still picking at it long before the main course was served. 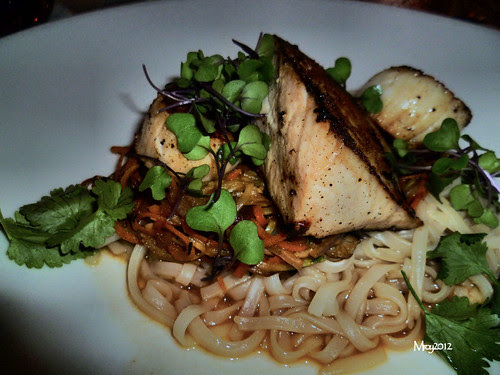 My entree was salmon and scallop over Asian noodles. This is no longer in their menu as I had to check the menu online to make sure I was getting the prices correctly. If I'm not mistaken this was around $24-26. My husband's dinner was the special of the night and my little point and shoot couldn't handle the lowlights so no good photos of his meal.

We lingered for coffee and tea after meal then went to walk the calories off. It was dark and the sprinklers were on but we managed to walk along the path missing getting soak for the most part. We ran into the car to get the tripod and decided to take photos at nightlight. 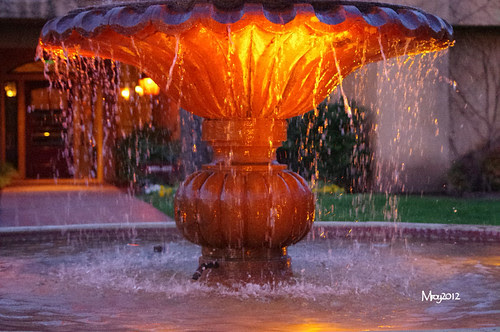 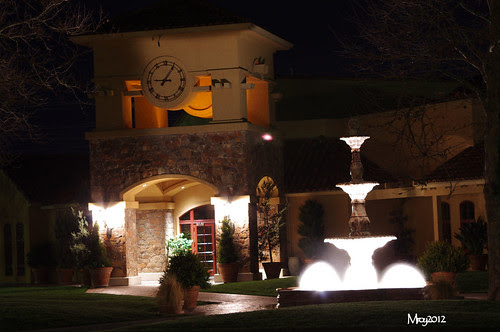 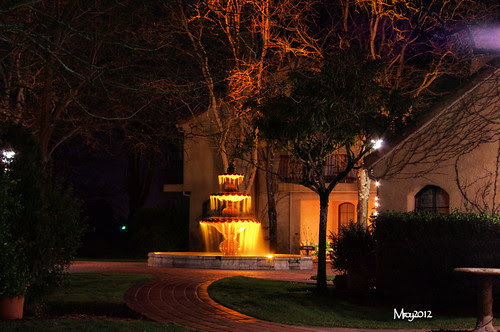 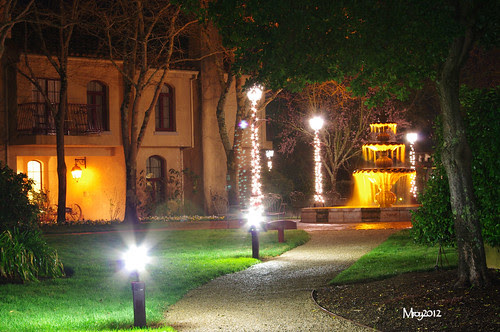 Needless to say we had a restful sleep. And when I woke up the following morning, I peeked out to see this: 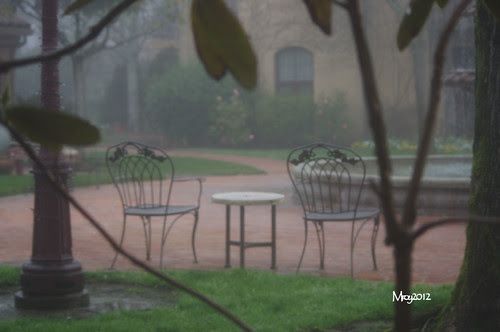 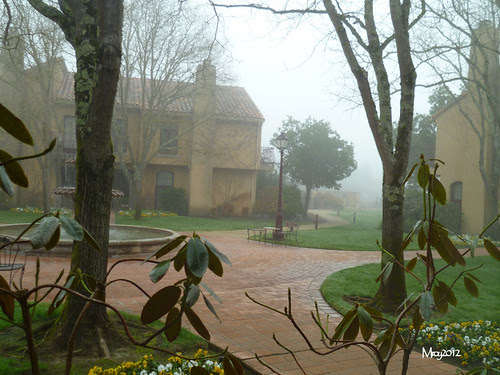 We rushed to get ready to take shots of the fog and have breakfast afterwards. 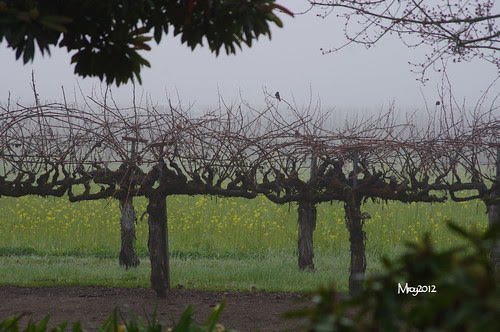 It was a beautiful start to the day. 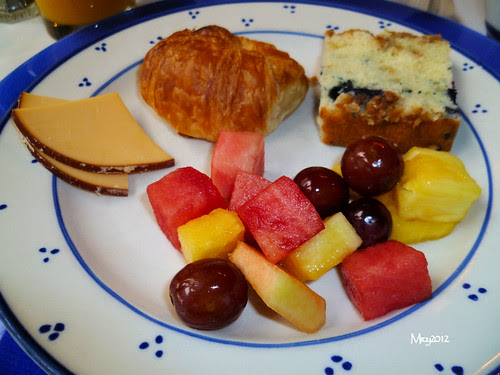 A Continental breakfast was included in the package. We decided to go ahead and eat. But we wanted something heavier, since we were thinking of skipping lunch. 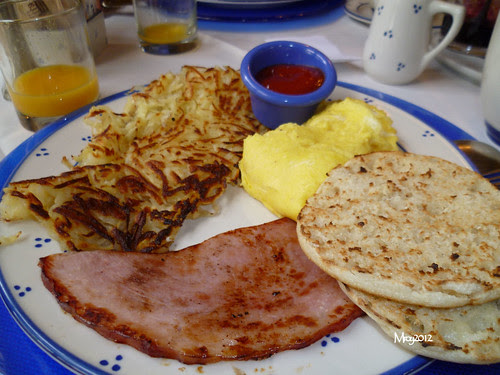 So I got my 2 eggs scrambled, hash brown, ham and toasted english muffin. 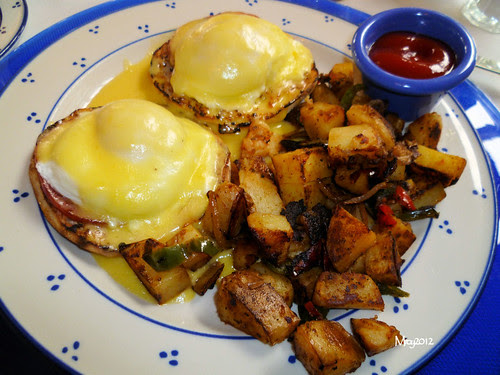 The hubby had 2 eggs benedict with country potatoes. Heavy enough to sustain us until dinner time doncha think? 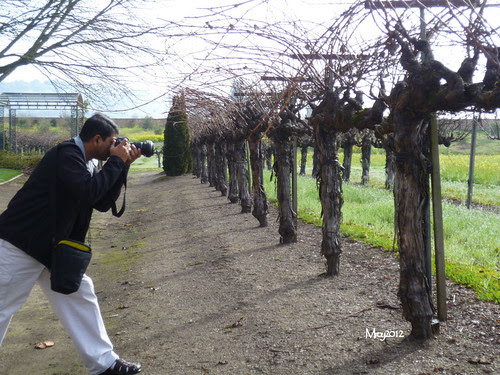 A little stroll around the perimeter before heading out. We were curious about the mist, but by this time it was all gone. 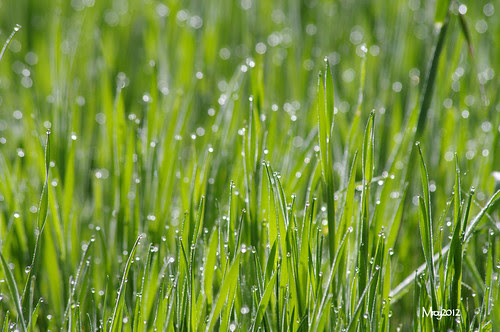 The mist was all in the grass. This is my pathetic attempt at shooting. Tips on how to capture this? 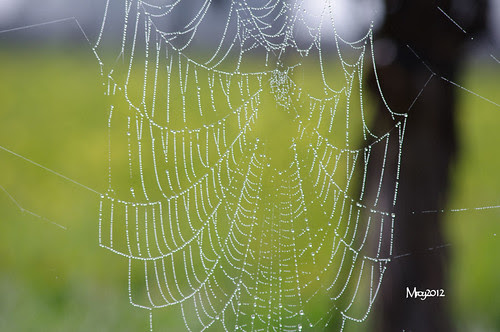 Also settled on the cobwebs.

It was about 11 am when we checked out and headed for another wine tasting. We had about 4 more free passes, but only one would do today. 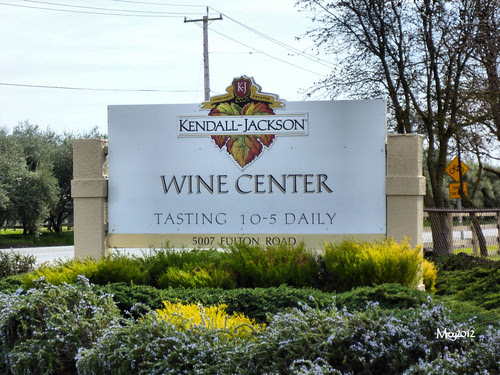 We went to Kendall-Jackson, one of the most easily recognizable brands in the grocery store. 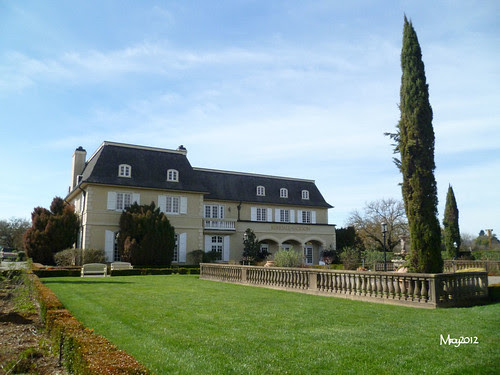 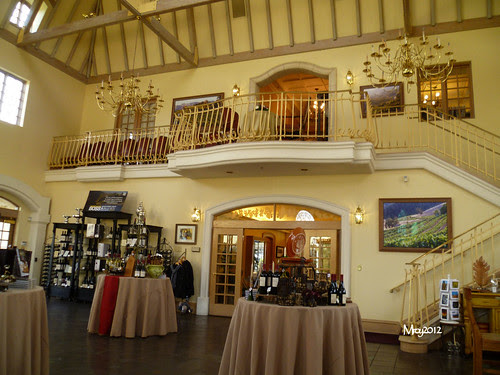 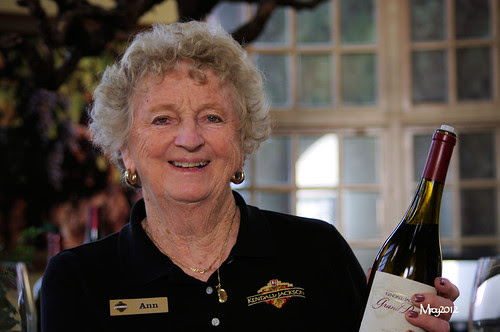 Ann, a Brit, was pouring that day. I find it rate to have a Brit pouring me wine. I can't see wine and Britain side by side :). But she does know her stuff. 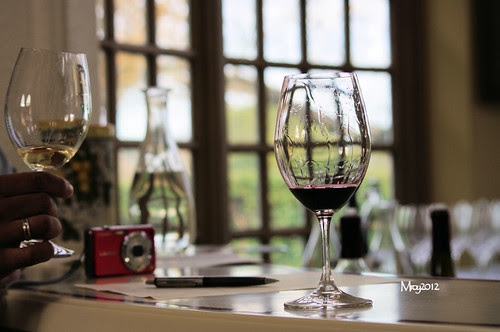 I had my fill. I liked a couple of them. But didn't buy here. Their wines are easily available. 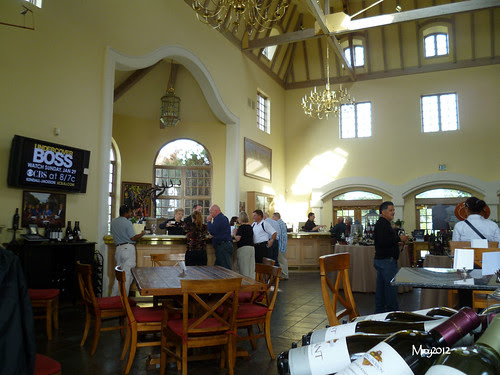 It wasn't long before we weren't the only ones sipping wines. 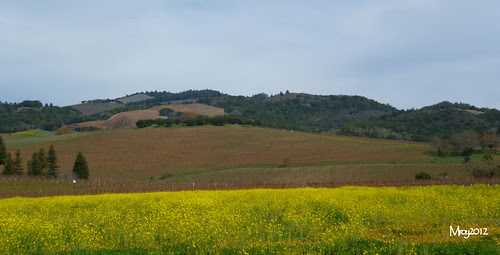 The rapeseed is a common sight in the vineyards in the months of January to sometimes even as late as April-May. 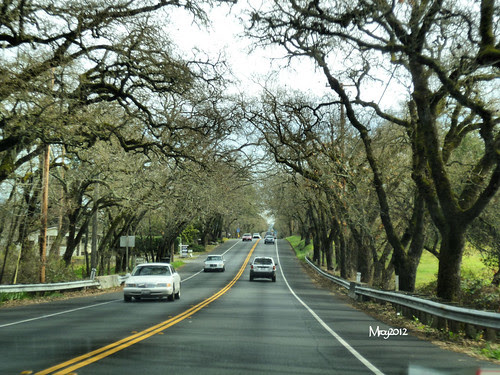 Heading home. I love this road. I told my husband I'd like to photograph this every season. Here is the same road going the opposite way in the fall, which I posted here, photo #10.