Seen and Hugged the Trees, Now What?

We entered Eureka city limits later than I expected. I'm pretty sure with the long drive today, we'd all be opting to stay in the hotel rather than check out the nightlife. To be honest, not one of us are into clubbing. So it was safe to say that we'd probably be checking in, then going out for eats, then quickly return to retire for the night.

As it turns out, our budget hotel is adequate, well more than adequate. It is also full. It has complimentary breakfast and the pool and hot tub are located in the second floor - just a few steps from us at the end of the hallway.

We took a few minutes to freshen up, take the shoes off and air out the feet, then we were ready to go hunting for dinner. We went to check out this little place not far from the city called Samoa Smokehouse. It's one of the only two remaining smokehouse in the US. The place is full of history as well. Next door to its building is a small museum, which we didn't visit. We went to see the place and found that its seating is family style. They have long tables and you share the table with people. That evening they were serving two different dishes ( a chicken dish and potroast). Not only did we not like the food they were serving that night, we also thought that the price was more than we expected to pay. 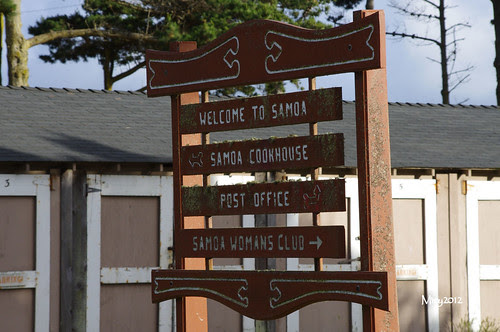 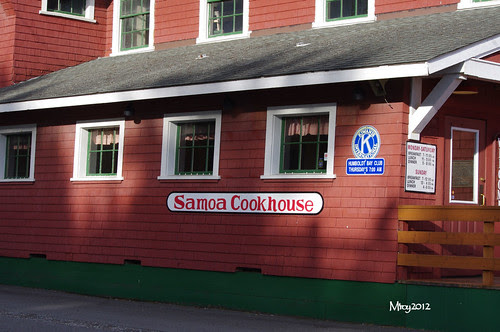 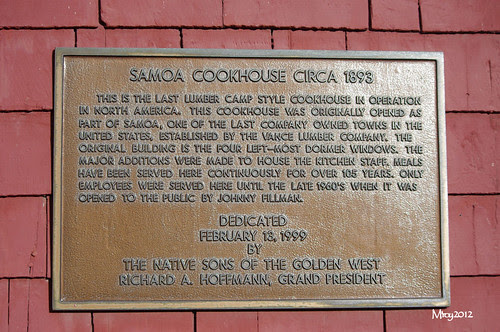 It was still early and thought we'd go for a drive. We drove all the way to Arcata then looped on back to Eureka. Arcata is not that far, although we didn't see anything on this drive. The rural scenery on the way was truly entertaining. I've seen a lot of barns in this drive. It was constantly drizzling and a rainbow appeared on our way to Arcata. 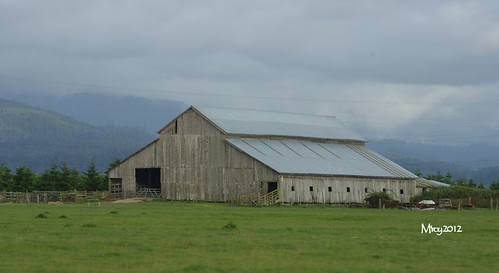 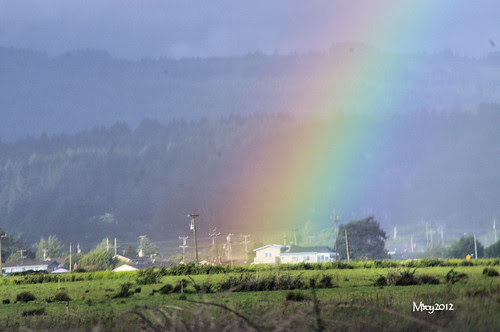 The question of what/where to eat for dinner arose as we were nearing our hotel. The couple with us were thinking of pizza and we want anything but pizza at that time. It's my rule to eat something different when on a trip, not necessarily fancy and expensive, just not something that I can easily get back home.

We weighed our dining options while we drove around Eureka in search for food. We stopped at a few restaurants to check out their menu. In addition to our different tastes in food, the other couple also wanted to just stay at the hotel and have dinner there. The pizza place that they picked was within walking distance to the hotel so we dropped them off there. They would find their way back to the hotel. Us? We were thinking about the soul food cafe that we found online; it good good reviews. 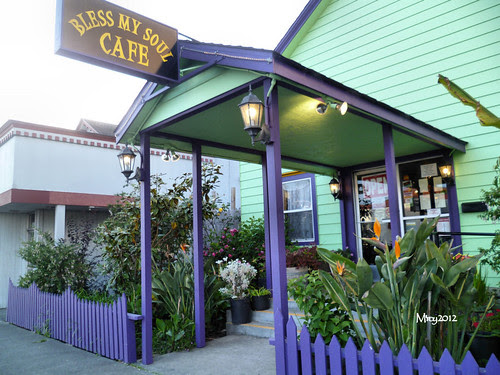 We opted to take our food and eat with our friends at the hotel. The little cafe made really good soul food. The gumbo was very hot though, yummy but hot.
As we were driving back to the hotel we spotted the Carson Mansion which is regarded as the most grand Victorian home in America and as one of highest execution of American Queen Anne Style architecture so we stopped to take photos. 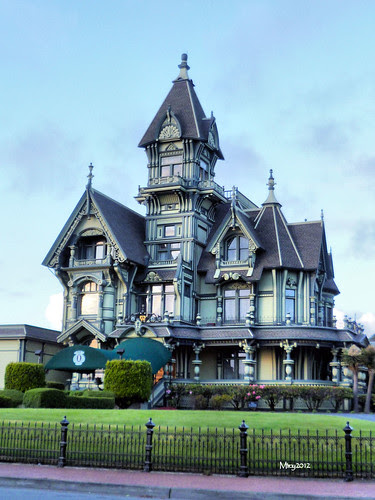 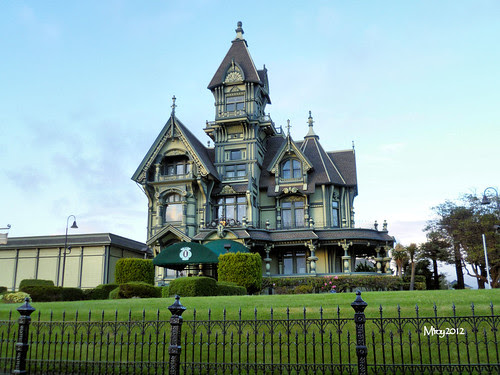 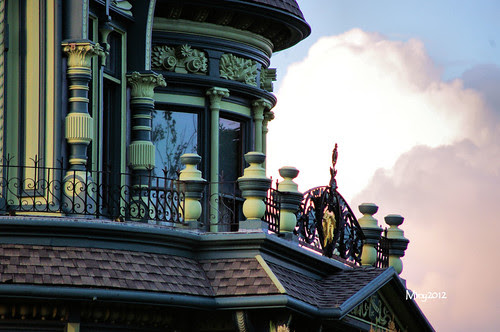 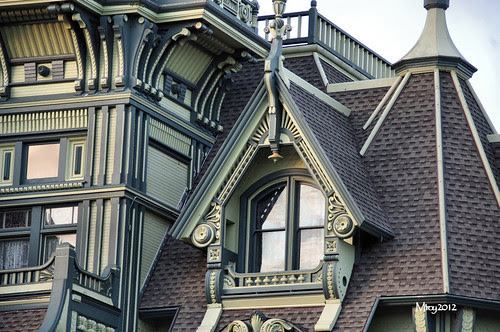 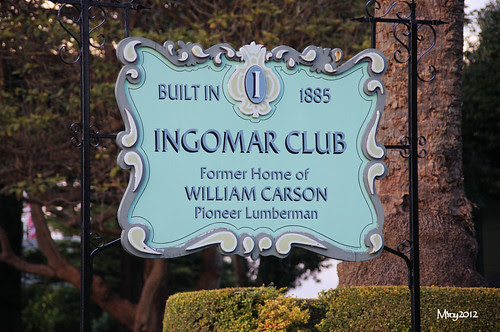 It is not open for public.

Across from the Carson mansion is what they call the Pink Lady that was said to be the wedding gift from the lumber magnate to his son. 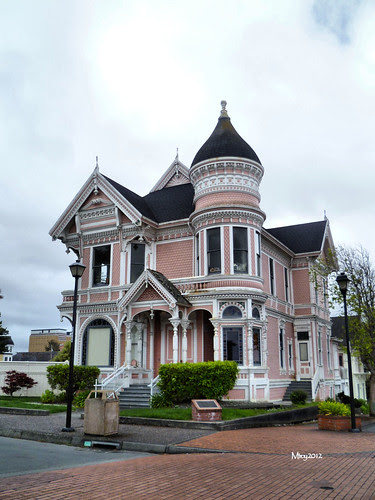 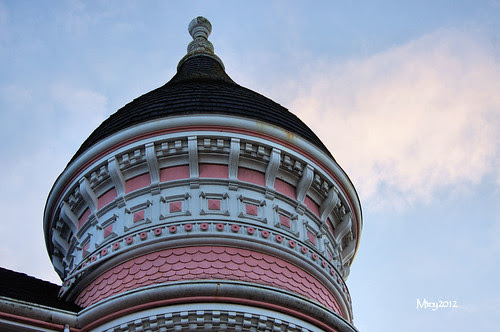 It was a long day so I took as much shot as I wanted then drove off to join our friends for dinner.