Last Saturday we found ourselves driving to the city for a 2 pm appointment. The appointment was supposed to last 90 minutes, but Fate smiled upon us and we got out of the appointment in 15 minutes. The company we went to paid for our parking until 11 pm that night so we decided to spend the rest of the day in the waterfront area, mingling with tourists. 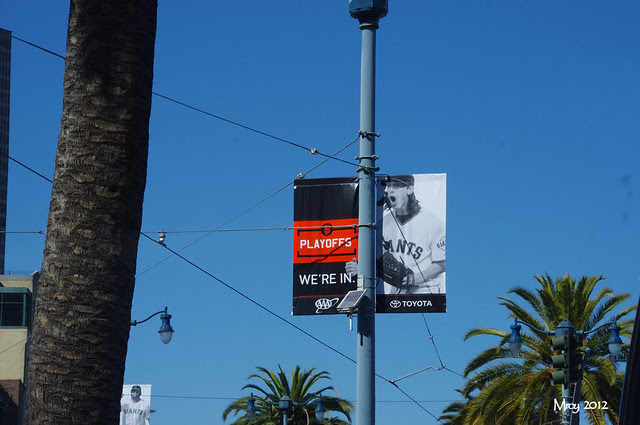 Driving to the appointment, I couldn't help but photograph the ads announcing the Giants postseason appearance. 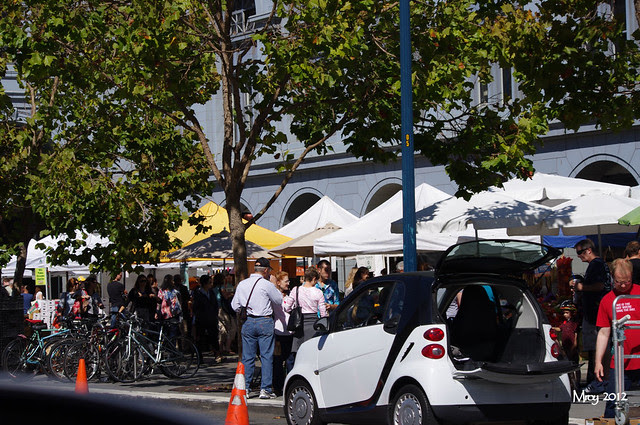 Spotted the Farmers Market by the Ferry Building, made a note to stop by after appointment. 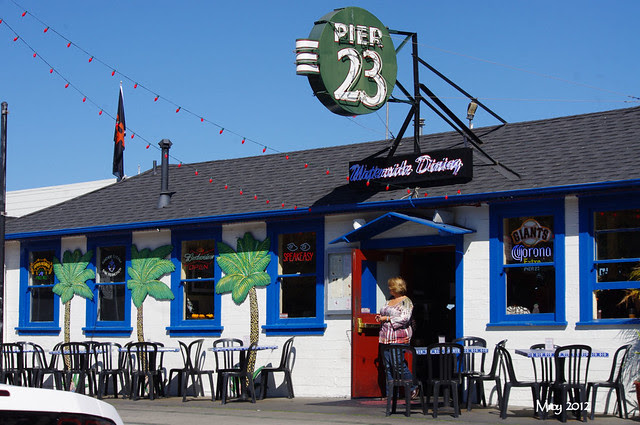 We thought we'd stop here for a little burger, but ended up having clam chowder instead. I know hot soup on a hot day, go figure. 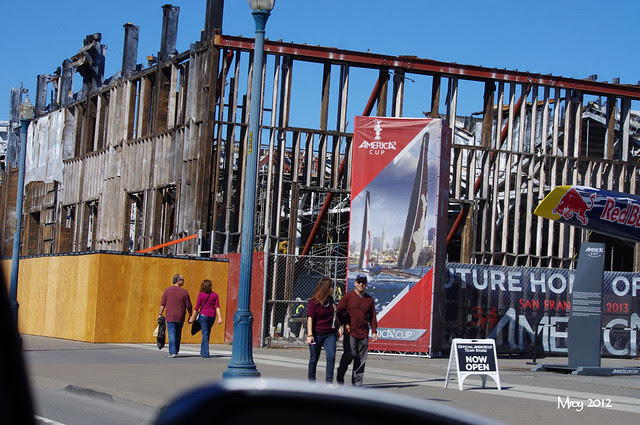 Construction going on in preparation for America's Cup next year. 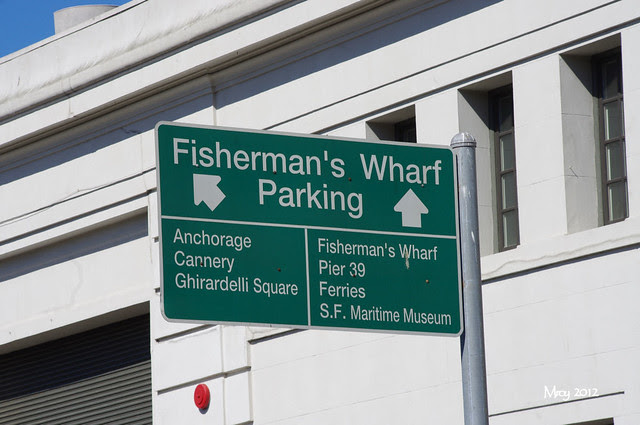 After the appointment, we enjoyed the blue skies, glorious sun, and mild temperature by photowalking. Some locals avoid touristy spots like a plague, but not us. Of course we're technically not locals since we don't live in the city. We are suburbanites so we have no qualms about spending free time in the city. I personally find going to Pier 39, Embarcadero and other tourist spots rewarding, because nothing makes me feel better than seeing people's smile as they enjoy the city I call my own. I do not even mind the crowded sidewalks. 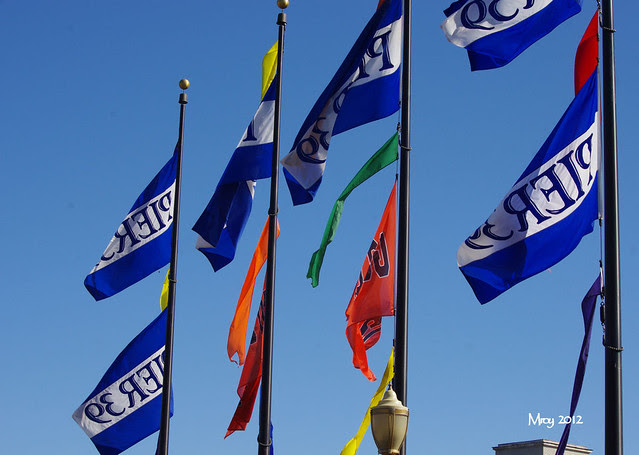 Flags were flying in the blue skies. 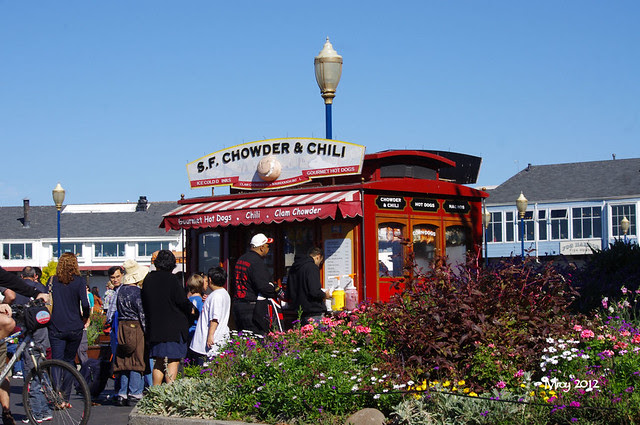 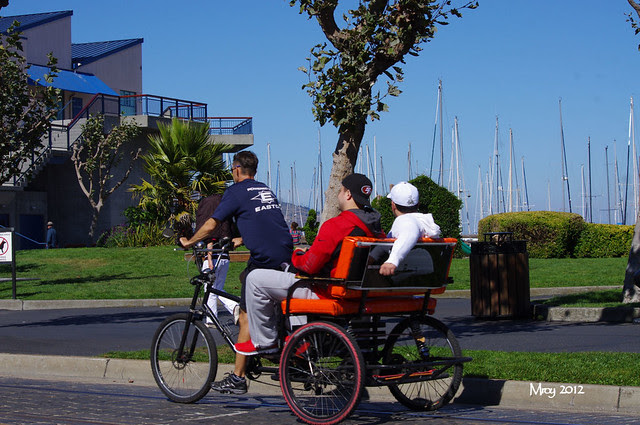 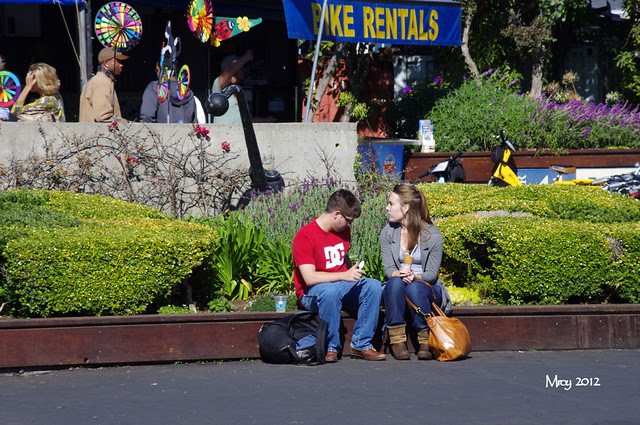 Soaking up the sun. 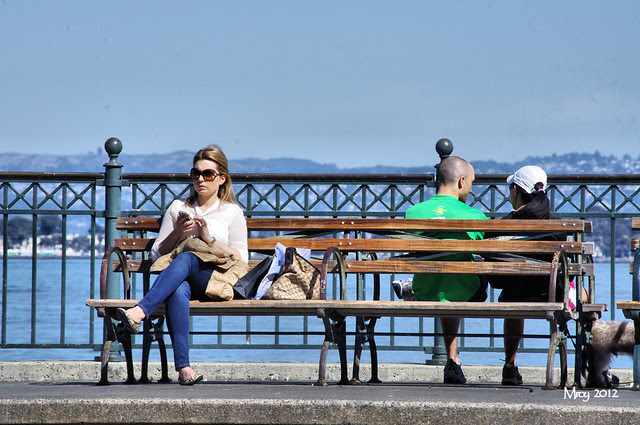 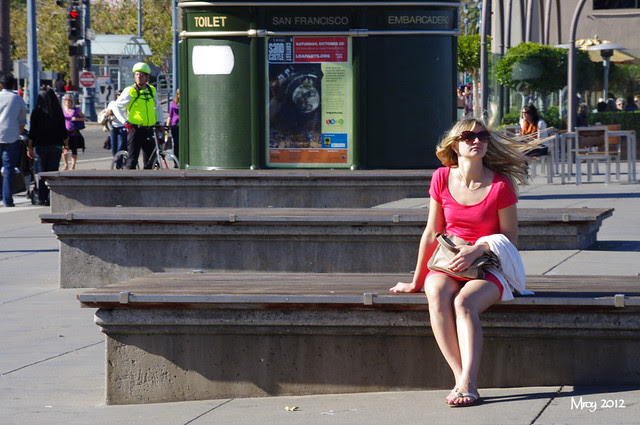 Has a European feel. 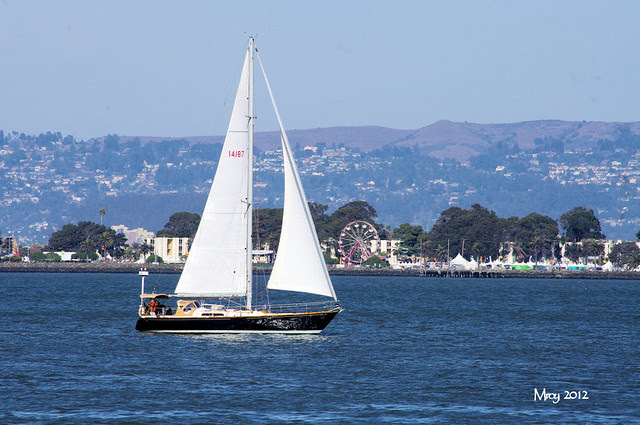 From across the bay at Treasure Island, the camera captured a fair/festival. 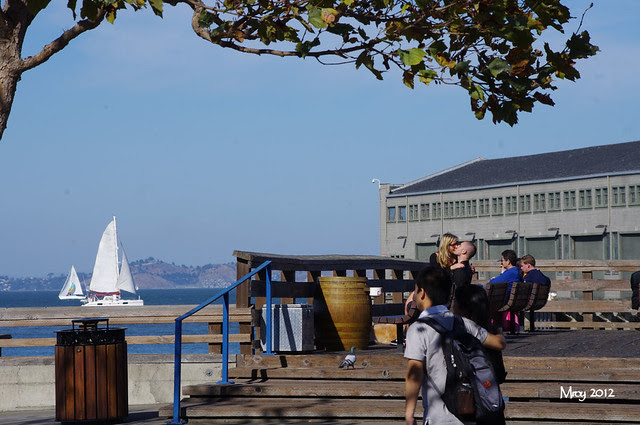 Romance was in the air. 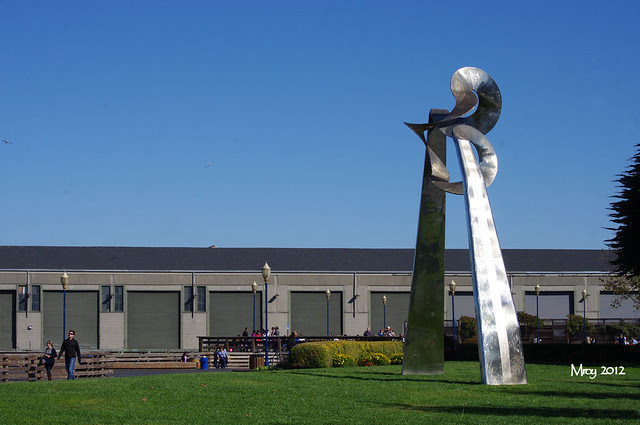 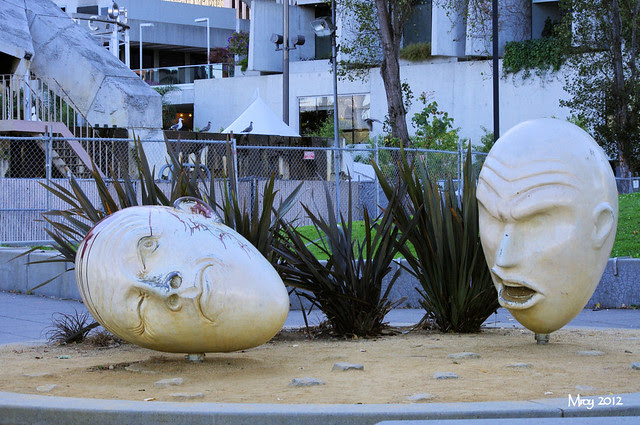 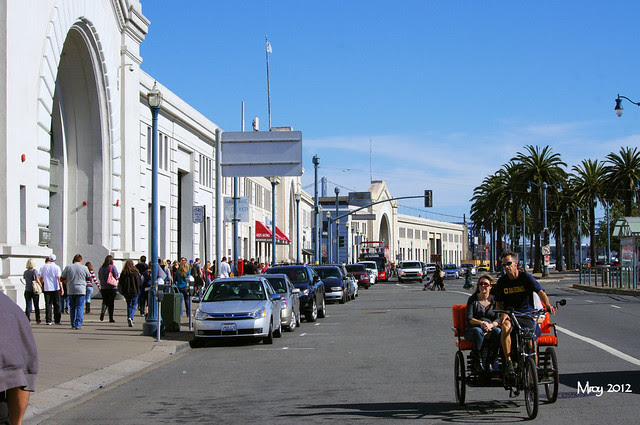 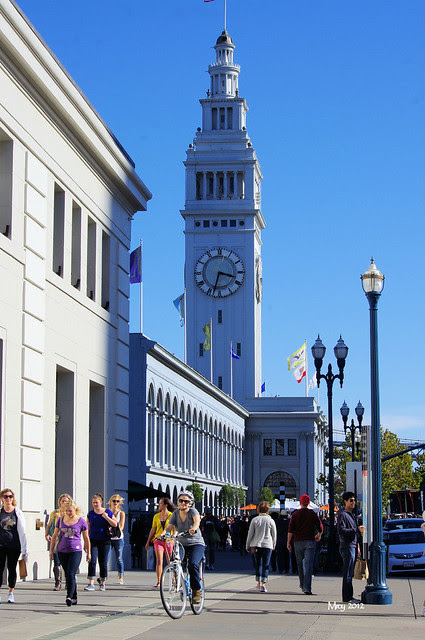 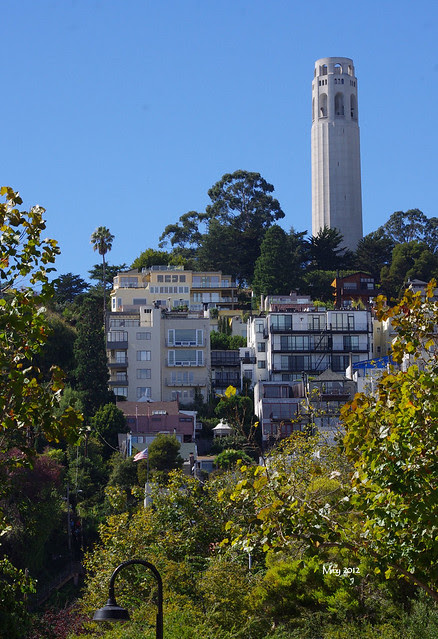 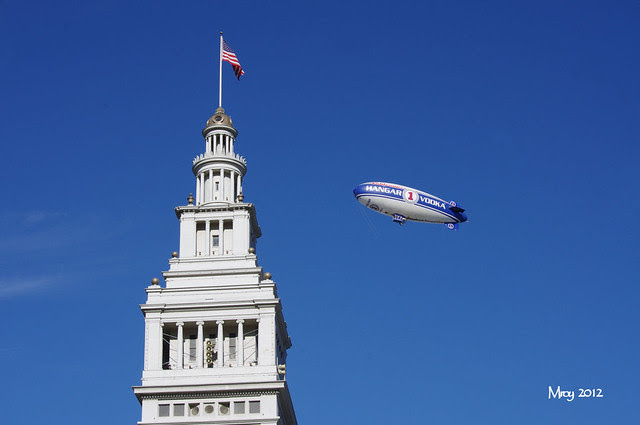 Blimp is in town.