Our second full day in Cox's Bazar was spent on a day trip to Tecnaf, about 3 hours drive away. Tecnaf is the southernmost point of mainland Bangladesh. St. Martin's Island is the souternmost point. It is located near the Myanmar border.

The drive was long along narrow road. At one point there was an accident that halted traffic. While waiting for the traffic to get going, I took out my camera, rolled down the window and took some photographs. 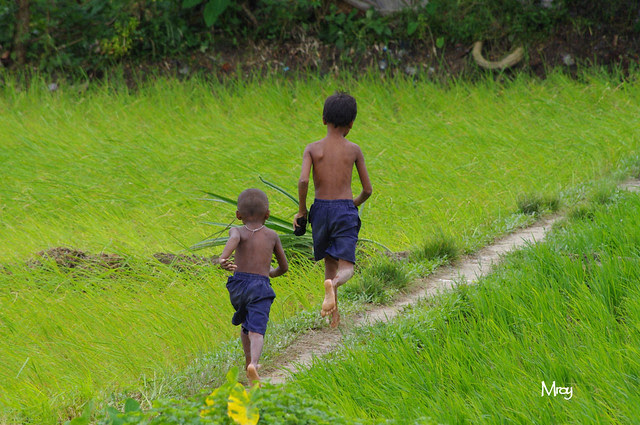 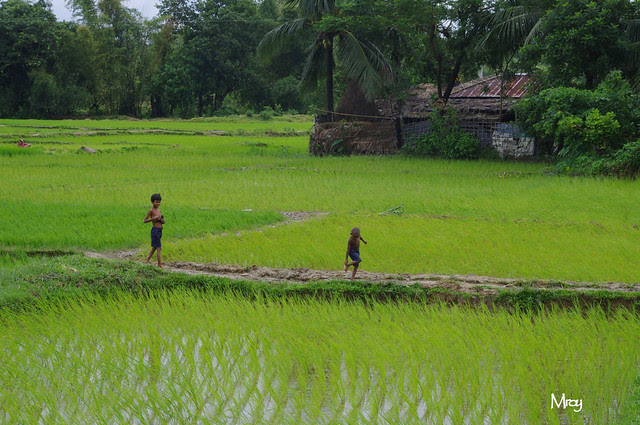 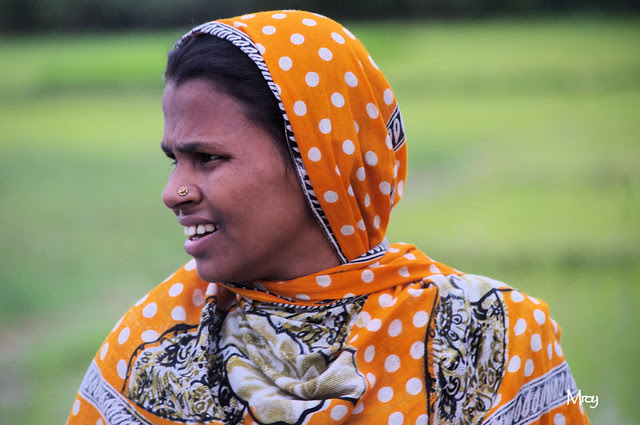 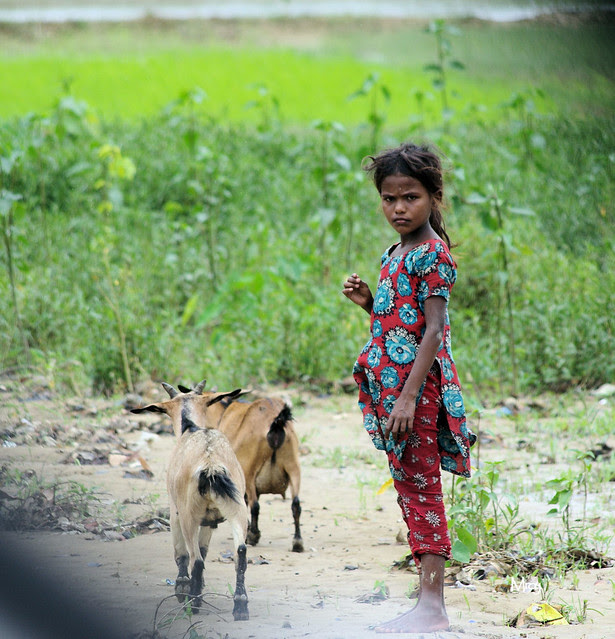 As we continued with our drive the landscape had changed a bit. Now we see mountain ranges. Myanmar seems so close. In fact there were checkpoints along the road. 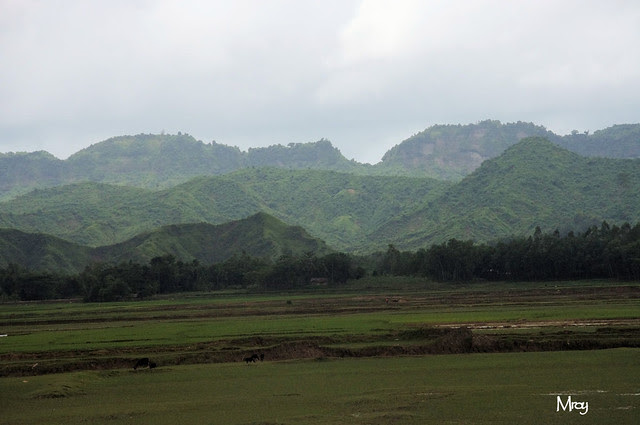 And the skies looked angry. We got a good dousing. 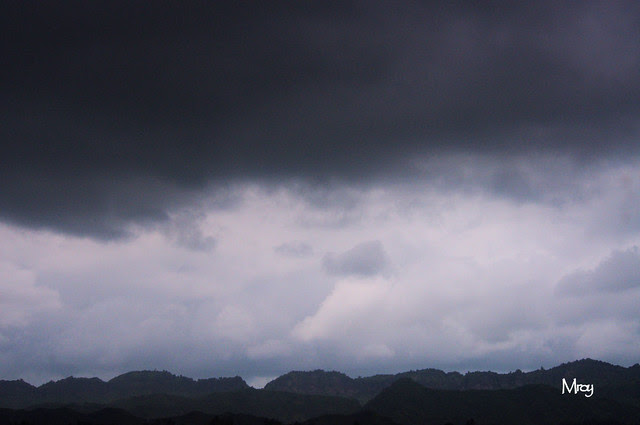 We stopped at a random town, parked by the marketplace, crossed the street, passed a mosque and the town hall towards a little plaza. Taking shelter in the plaza we explored the plaques around the plaza and then went back to the market to see what they're selling. We could probably get something to eat. Samosas were sold and bought and decided to go back to the van and continue our travel. It was raining heavily. 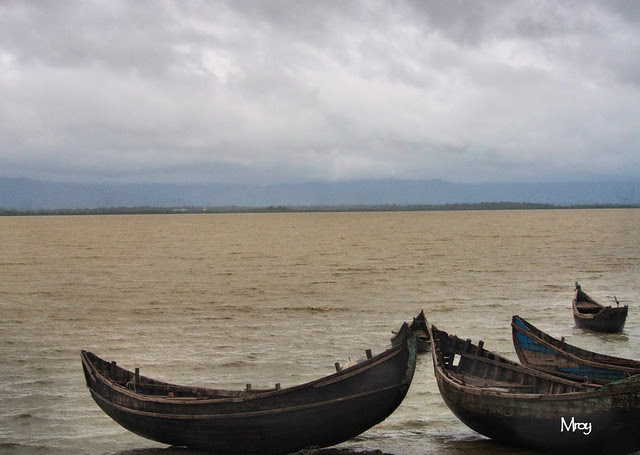 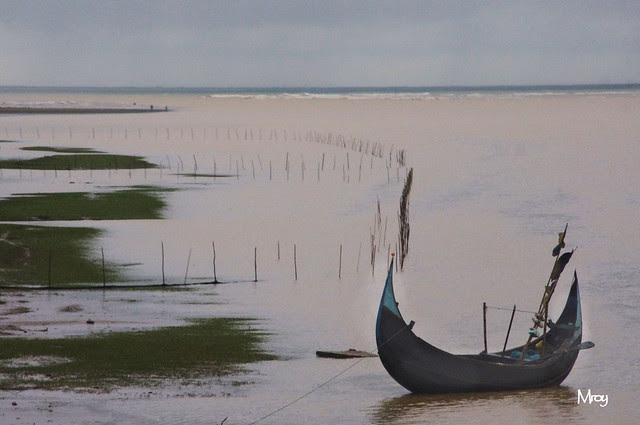 Excitement washed all over me as we passed sampans (boats). I knew we were near wherever we were supposed to be going.

Finally we arrived at Tecnaf. What I saw was a quaint fishing village in an organic, non-touristic scene. There was another group of 3 I believe which are like us the only tourists here. Coincidentally, they also are from California, and also from the Bay Area - about 8-10 miles from where we live. Small, small world. 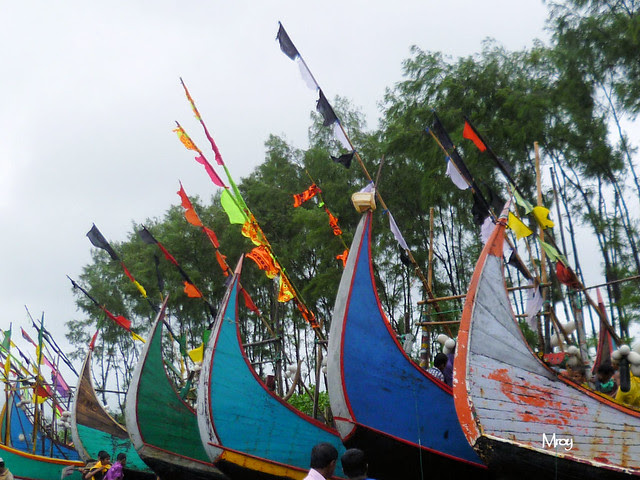 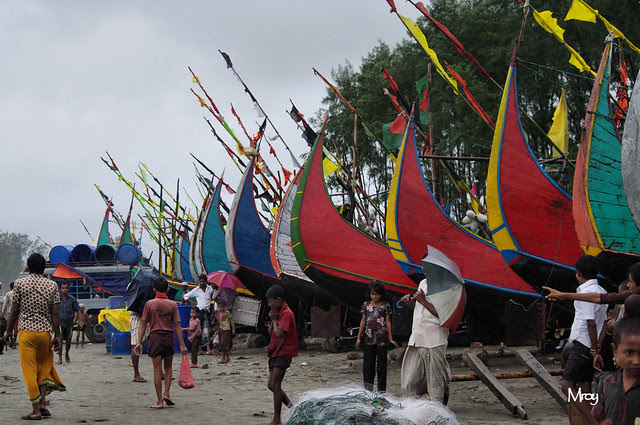 I watched with amazement the colorful sampans, the activities that happen by the beach, fishermen coming in from a day of fishing and locals waiting to buy the fresh fish. The beach is littered with ocean products. All this while there's a mild drizzle and wind gusts that range from mild to holy cow! 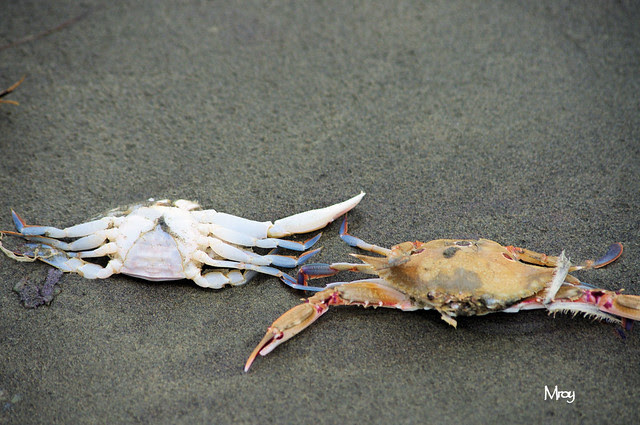 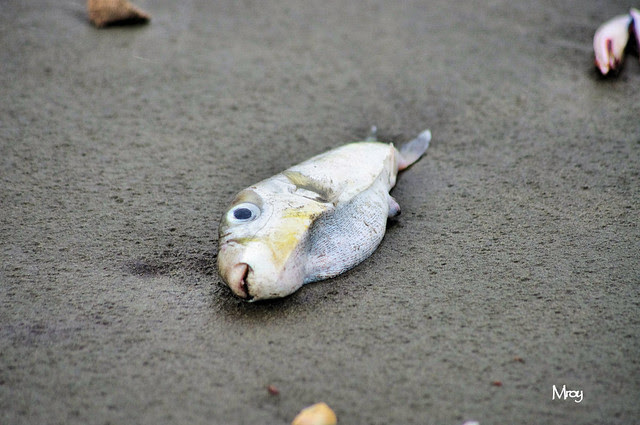 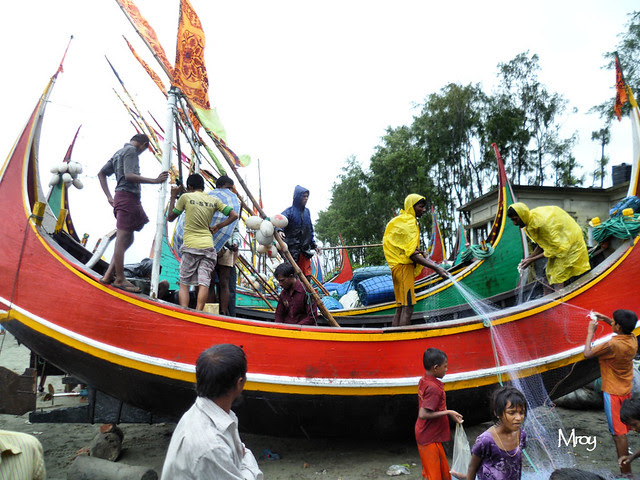 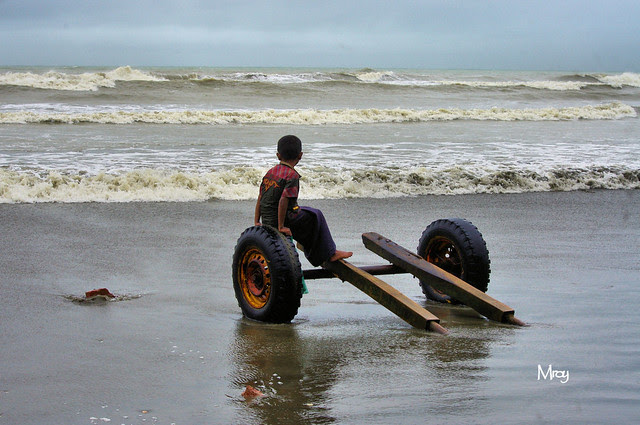 During our time there, we saw a sampan come in from the sea and was helped to get to the beach (parking). It took a lot of hands to accomplish this task so my dear hubby and his cousin lent their stong arms to join the locals while I took pictures. 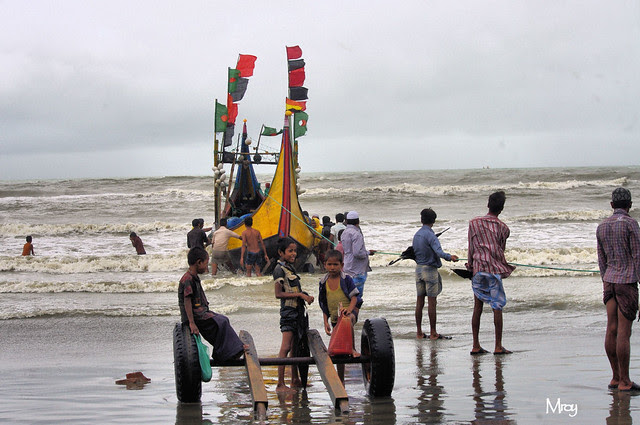 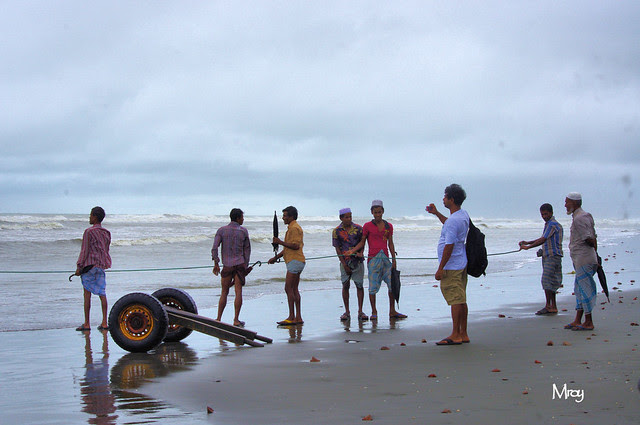 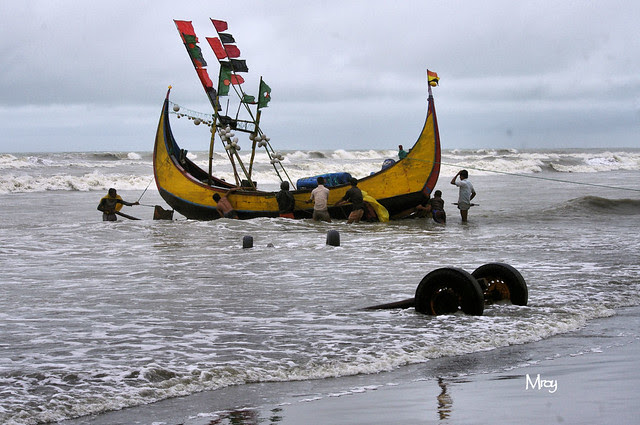 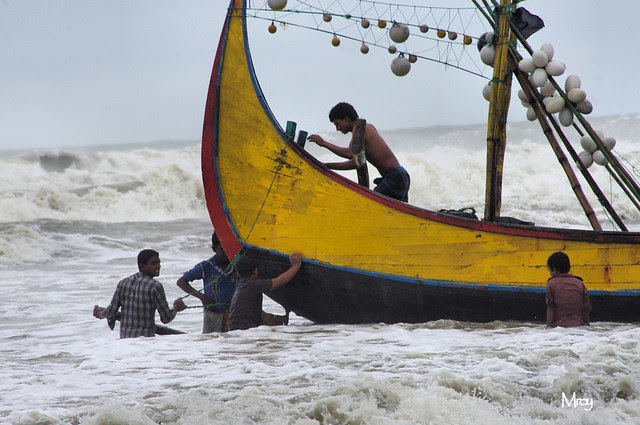 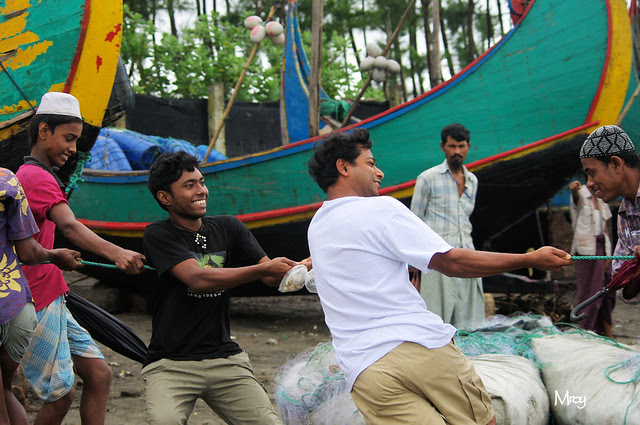 Hubby in white shirt and cousin in black.

SOME OF THE LOCALS 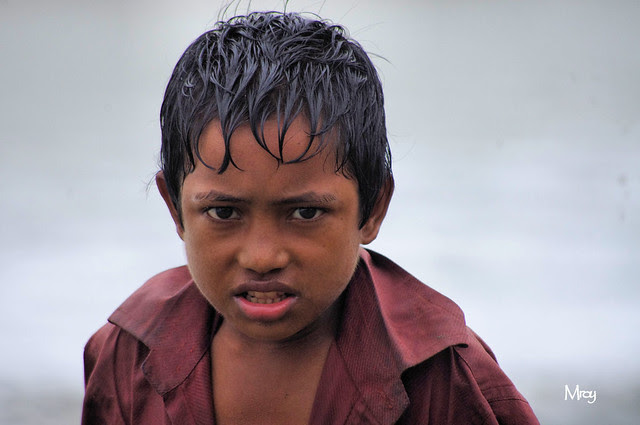 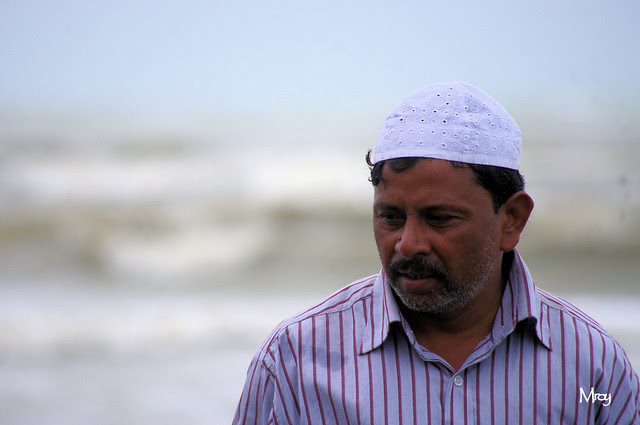 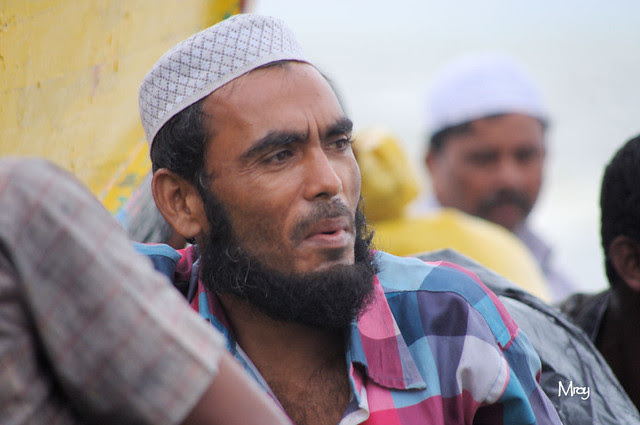 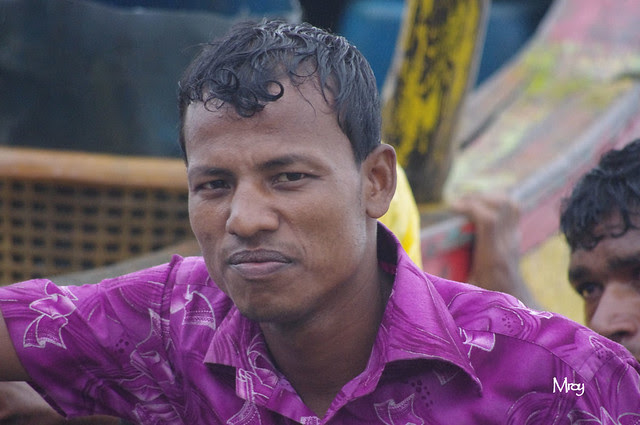 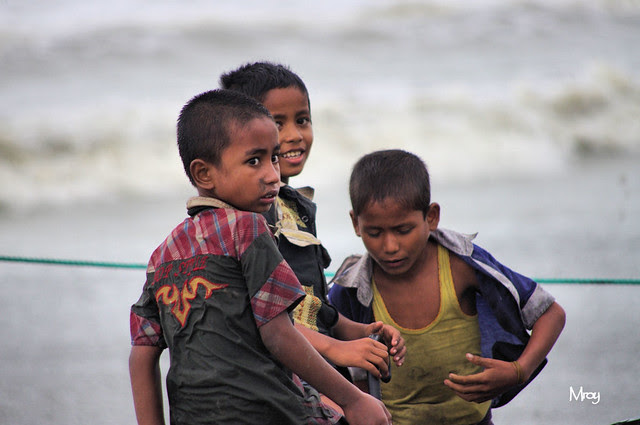 We went back to our hotel in Cox's Bazar with me wishing I was staying in Tecnaf at least for a whole day. The fishes were so fresh, we all wanted to buy some but there was no point since we were staying in a hotel. Needless to say, I pretty much enjoyed my rainy experience in Tecnaf with the local fishermen.