My in-laws on both sides hail from Barisal, which is both a division and a district. In fact my husband was born in Barisal. I was getting curious about the place and was itching to see it. Even though I didn't pray for it, somehow the forces of nature made it possible for me to visit it.

We left Dhaka at 5 AM. Barisal is only 142 kms from Dhaka by road. But there is no direct road route. There is no freeway with 65 mph limit. One has to cross the Padma River. It is the same Ganges River in India and changes the name to Padma River when it enters Bangladesh and pours into the Bay of Bengal, which is a part of Pacific Ocean. 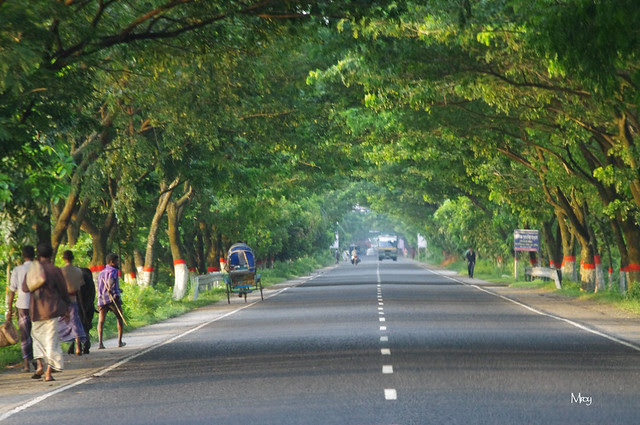 The road to the river is clear early in the morning.

And so knowing all that, you know our travel was loooong. We arrived at the river bank to take the RORO (roll on roll off) ferry at about 8 AM. There were a lot of people and automobiles waiting, we waited for about an hour. I took that time to people watch. I really enjoyed watching this one guy who was cooking breakfast just in front of the little eateries. He was like a well-oiled machine, making paratha (bread) and scrambled eggs in a snap. 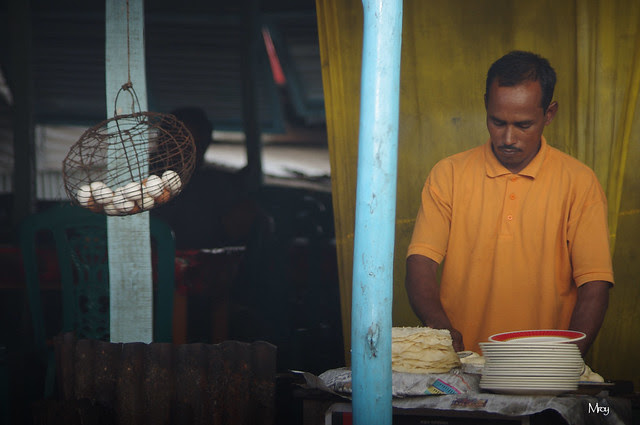 He got a break and another guy took over cooking duties. I find it amusing that the food is being prepared at the front of the restaurant. I suppose it is such, so that people will see the food and be tempted to go and eat. I was too, even though I know the food was full of dust, that's part of the seasoning right? 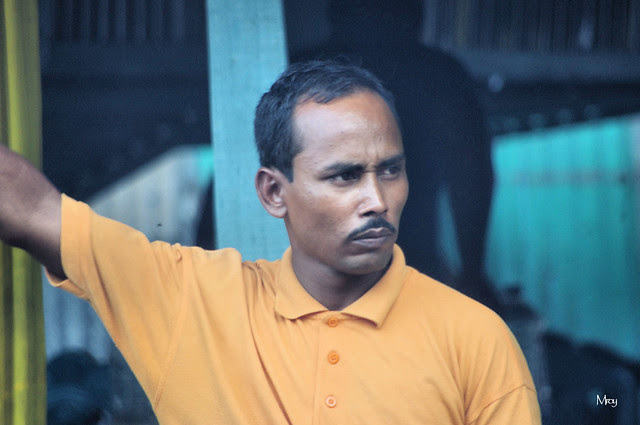 We were eventually loaded into the ferry. It was an unforgettable experience. There was chaos, cars outmaneuvering vans and buses and people everywhere. It was a hoot. As we slowly drifted along the Padma, I was giving my camera a work out. 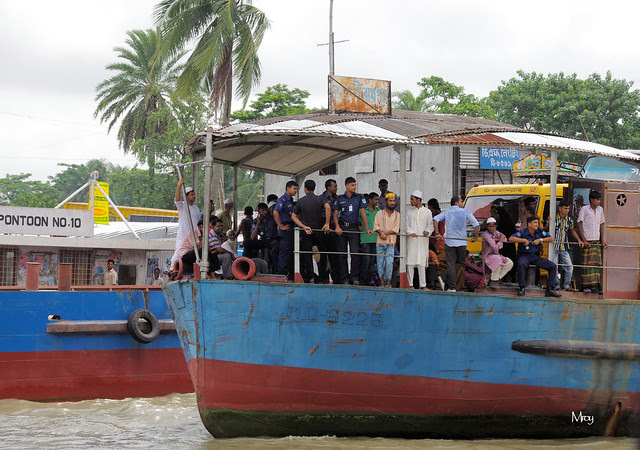 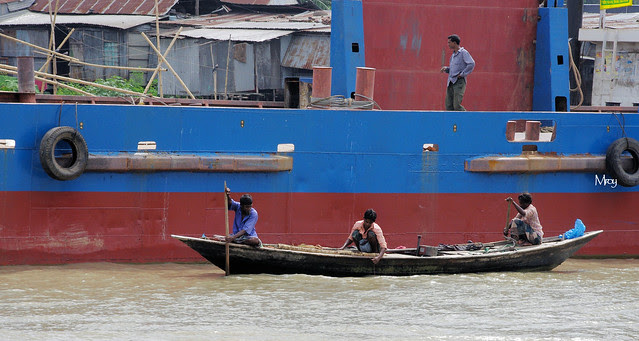 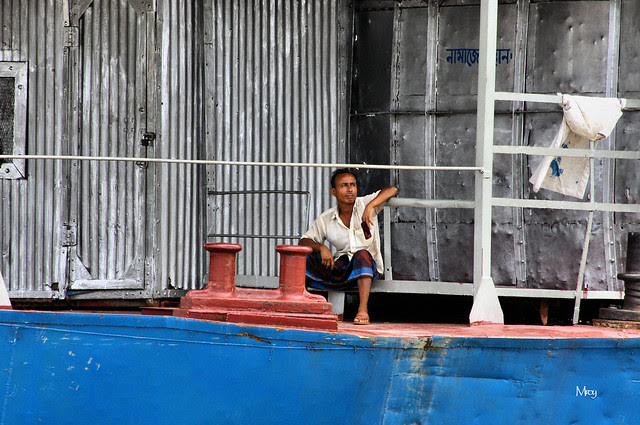 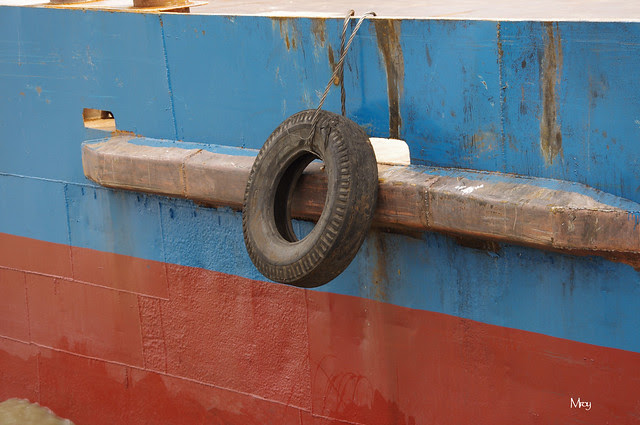 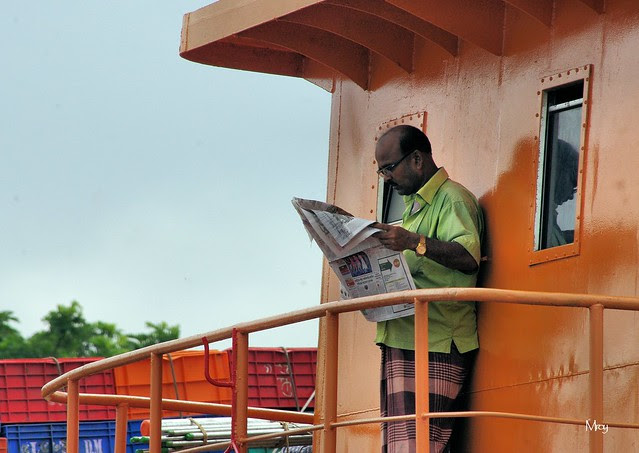 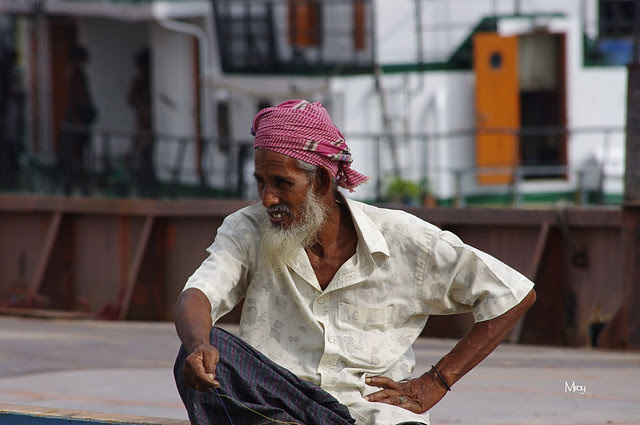 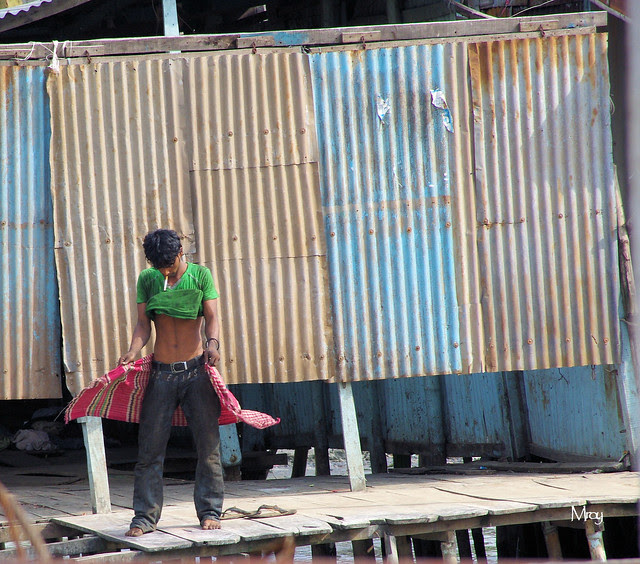 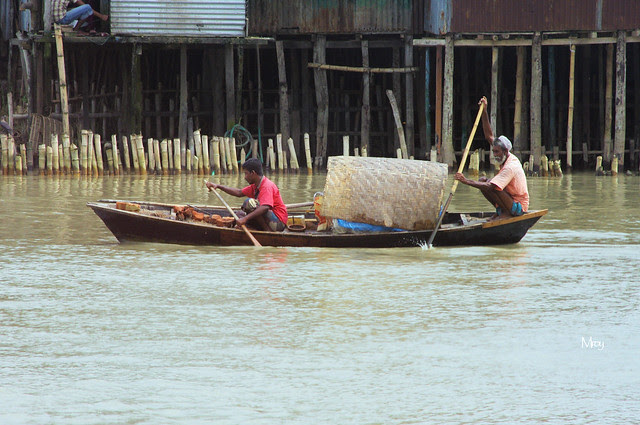 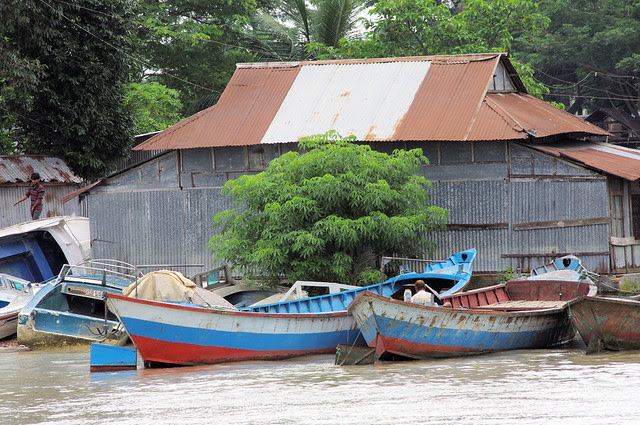 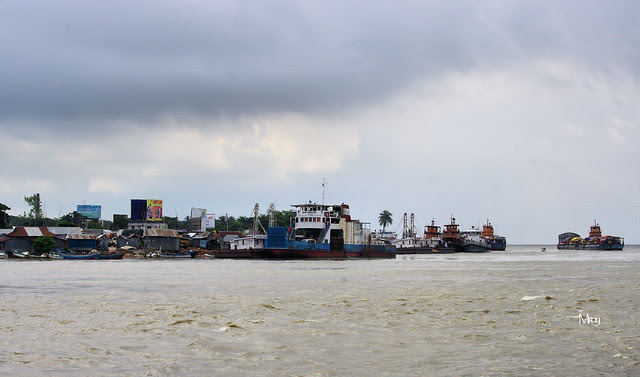 It was a hot day, with the sun out in full force, but the sky was hazy.


It's a very busy river. Some parts are shallow and aside from the ferries, there were smaller boats transporting passengers and ones carrying some building materials, i.e. sand for construction.


SKYWATCH is a weekly gathering of sky lovers and sky watchers. Join us.