Bangladesh: In Search of Armenian Church

The 3-week vacation was winding down oh so quickly, I checked my very short list of what to see or do in Bangladesh and I found out that I've only checked one of them (which was to see Cox's Bazar - the side trip to Tecnaf was the proverbial icing on the cake). Having only 2 items on my list, I was hellbent on checking the last item on my list and that is to see the century-old Armenian Church, which I found out existed via a fellow blogger Peachy. Peachy is a Filipino expatriate who found employment in Dhaka, of all places. Not only did she find job there, she also found her Bangladeshi Prince. They are due to marry any day now. So romantic! 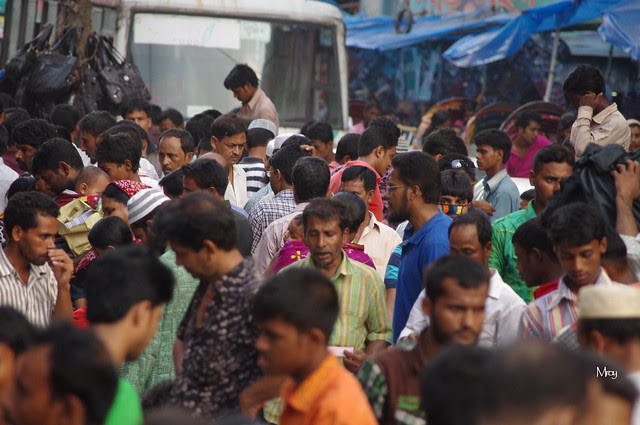 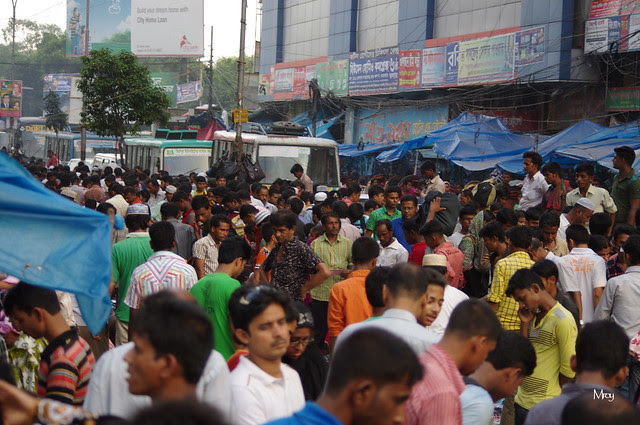 It's faster to walk than to take the bus. 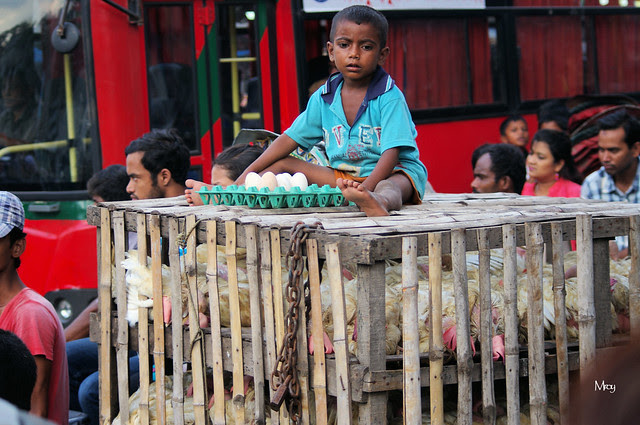 Kid hitching a ride on the chicken cart.

Anyway, just like our other outings my SIL didn't go with us. With me were all men guards - husband, BIL, cousins + little nephew. I don't remember the day we went to seek the church, but the streets were jampacked with people. No room for elbows even. My BIL mentioned to me that in 2000, the population of the city was around 2M, presently it's doubled he said. I asked him if all of the 4M were out on the streets today, because it felt like it. It was suffocatingly scary. I had to hang on to husband's arm for dear life. (Wiki said presently the city has 7M people, and the metro area has 12M people.) 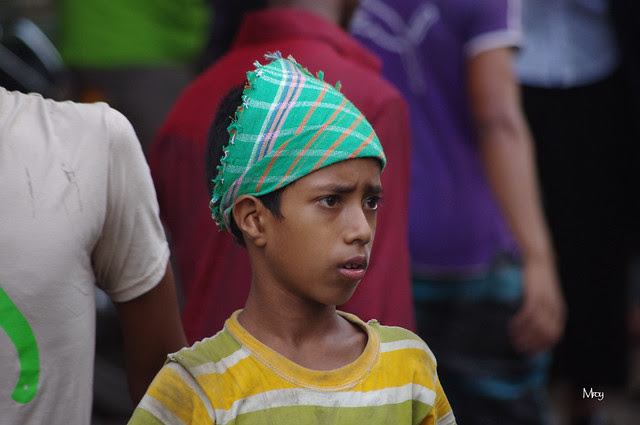 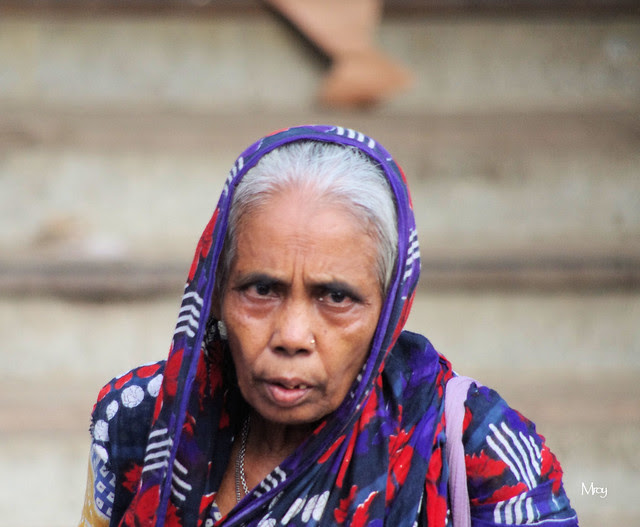 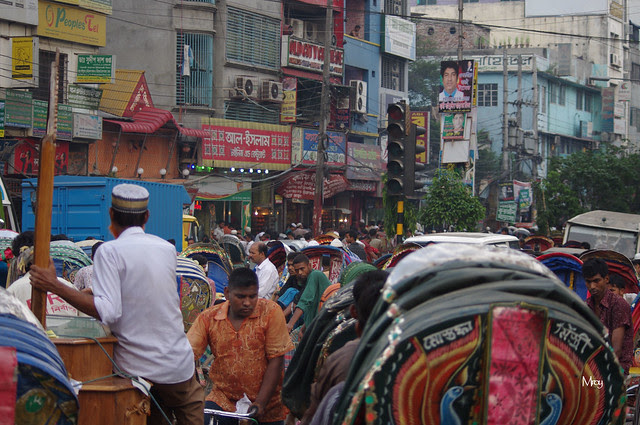 We took a taxi from home and traveled to a part of Dhaka that I've never seen before. The roads are wider, although not without traffic jams and there were more greenery. I was told this is where the foreign consuls live and work. No wonder. 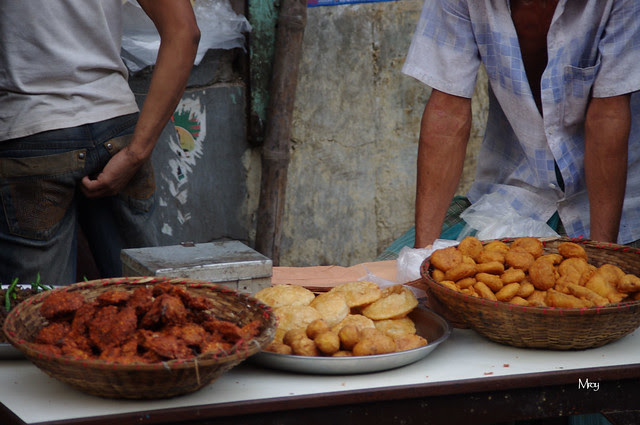 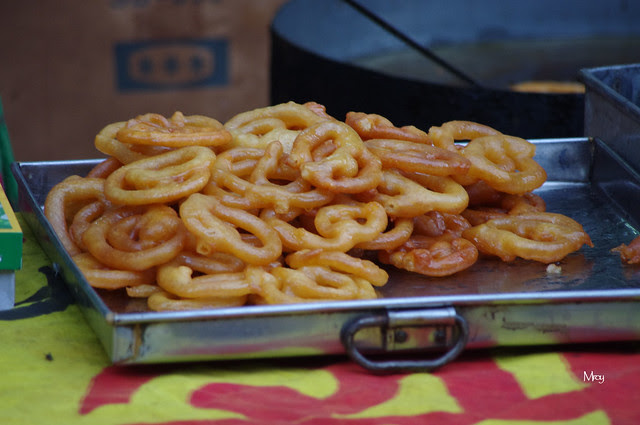 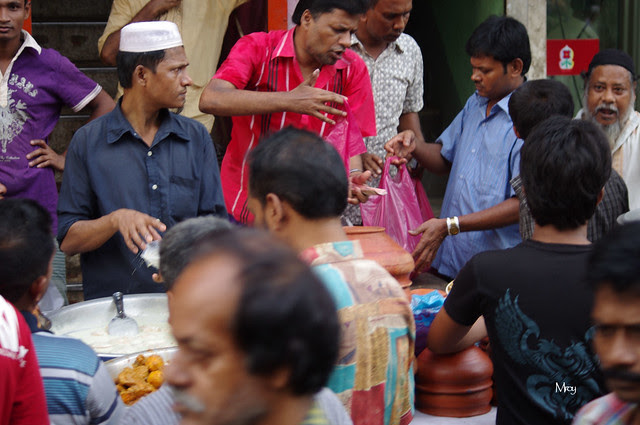 I don't really know why we stopped where we stopped, but we did. From there we walked a ways to get to another taxi, except that there were just people on the road and buses, no taxis. Even the rickshaws were unwilling to take us to where we wanted to go. Until I saw a horse carriage. First time to see one in the streets of Dhaka and first time to ride in one. The reason why there's a lot of people out is that it's Ramadan. Every one wants to leave the city and go to their respective hometowns to celebrate Eid. Posing at the entrance of the church. 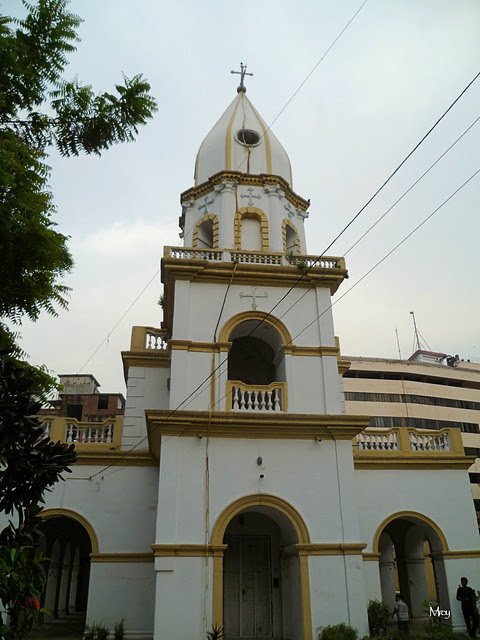 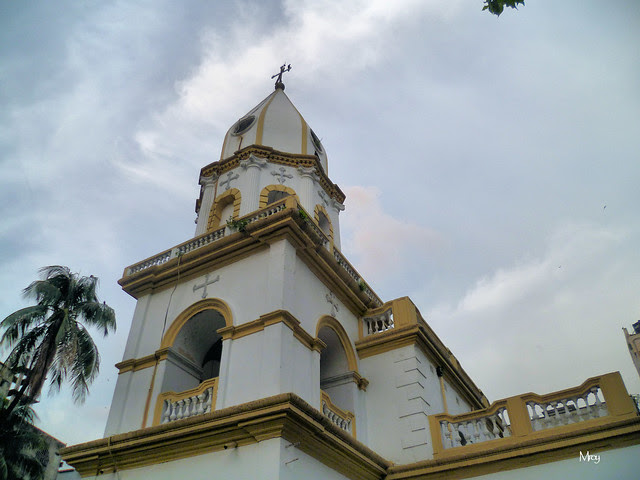 My nephew was excited to ride a horse drawn carriage, a first time for him too. Then we reached the end of the line again and we had to take another form of transportation. This time we managed to cajole rickshaw drivers to take us there. We were in 2 rickshaws. No one seemed to know where the Armenian Church is, many don't even know there is an Armenian church in the city. 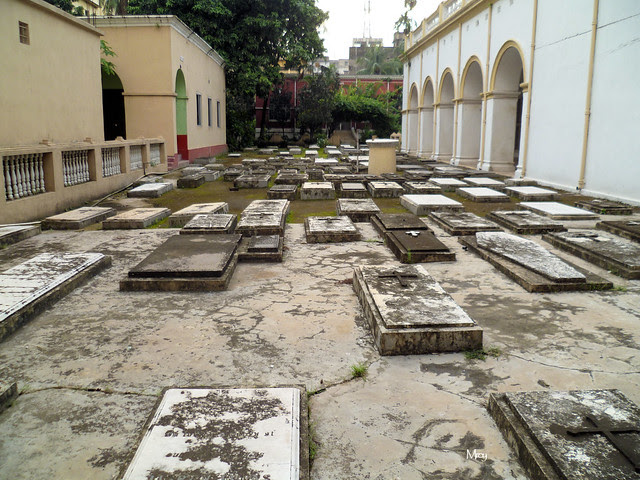 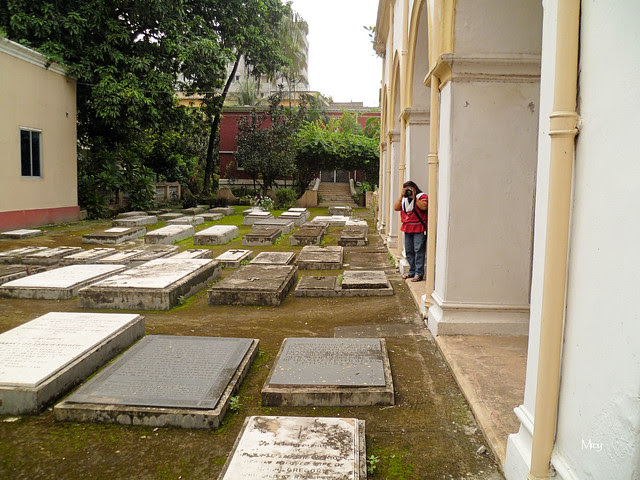 We got lost, but thank heavens for cell phone we managed to direct our rickshaw driver to find the church. It's the part of Dhaka that is really unseen. It's so raw, so organic. The rickshaw passed by marketplace where there was no road but he managed to pass. It was an adventure. 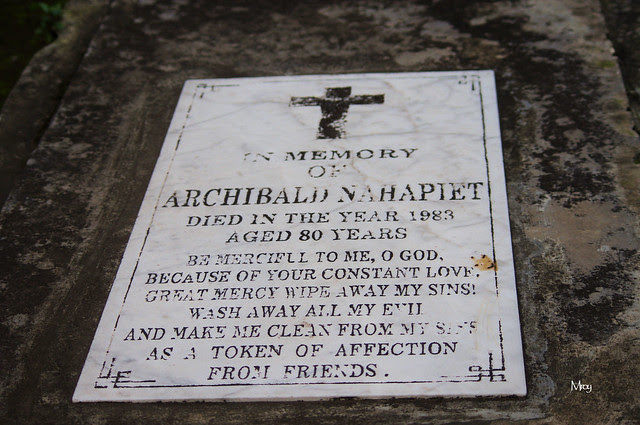 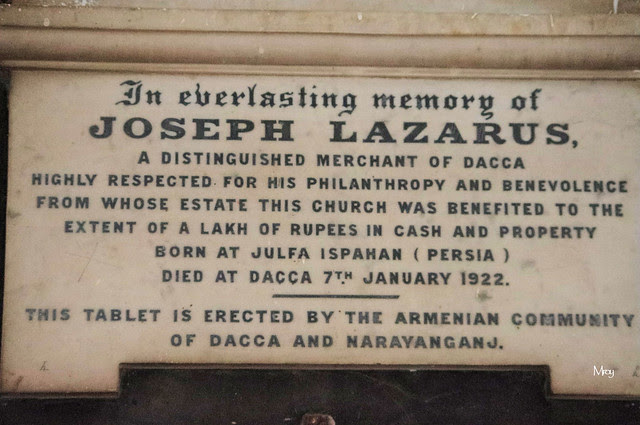 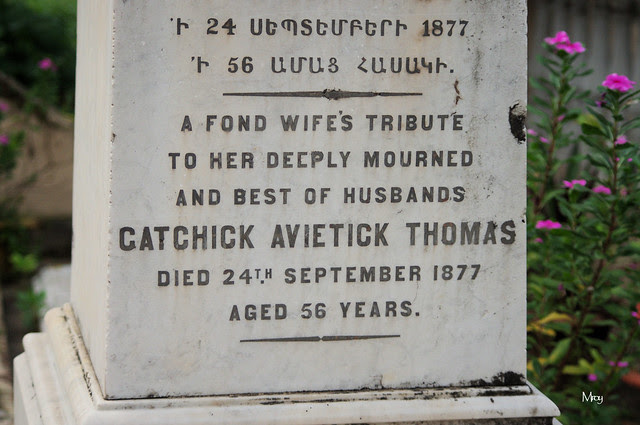 Finally we arrived at the place. It's locked, but online tips tell people to seek out this particular guy who holds the key and he will let you in. We gave a donation for his effort, hope it goes to the church. The guy was not difficult to find, especially since my companions all spoke the language. 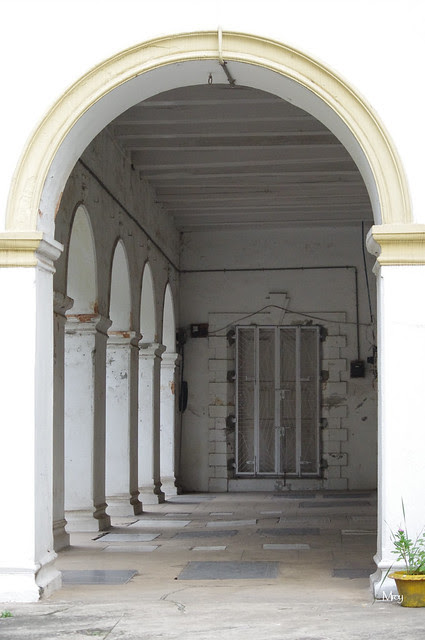 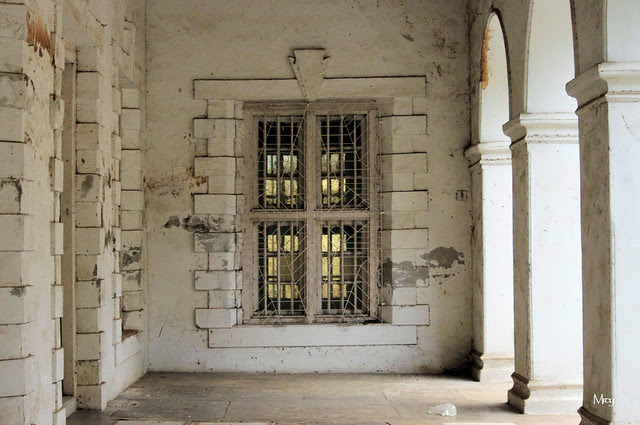 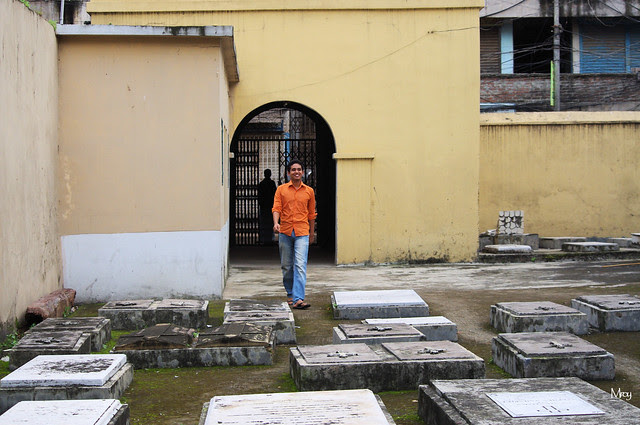 Cousin who lives nearby met us at the church.

Unfortunately the key keeper could not let us inside the church, which was also locked, because someone else holds the key to that. We would have to be content with the compound, looking at the church from outside. 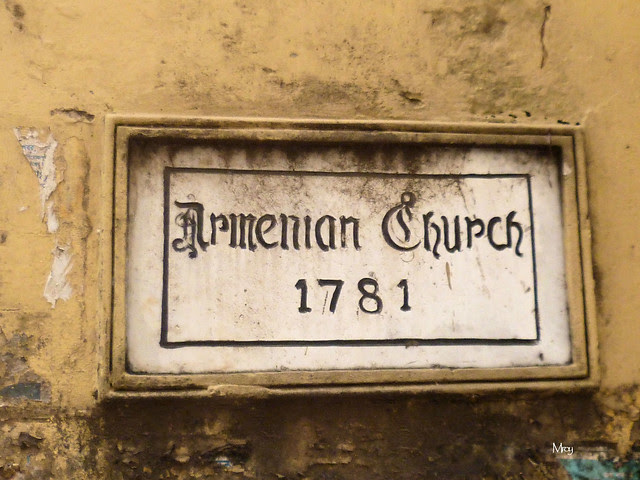 SKYWATCH is a weekly gathering of sky lovers and skywatchers. Please join us.