We accomplished a lot on that first full day in New Orleans; in fact we saw a lot in the first half of the day - the cemetery, the Garden District, driving around the city, and visiting three churches.

We stumbled upon it while driving around the vicinity of Garden District. I'm not sure if it's still a part of the Garden District, if not, it's just outside it's borders. We stopped because we wanted to say a prayer for safe travels and because it was Sunday the next day and we knew that we would not be able to go to service. Also, the pink/peach paint was too inviting. As with many Catholic churches, there is also a school inside the compound. We were welcomed by a lovely woman who was overseeing something inside the church. Seeing we were lugging cameras, she invited us to take as many photos as we like, until a certain time, because there was a wedding happening soon. 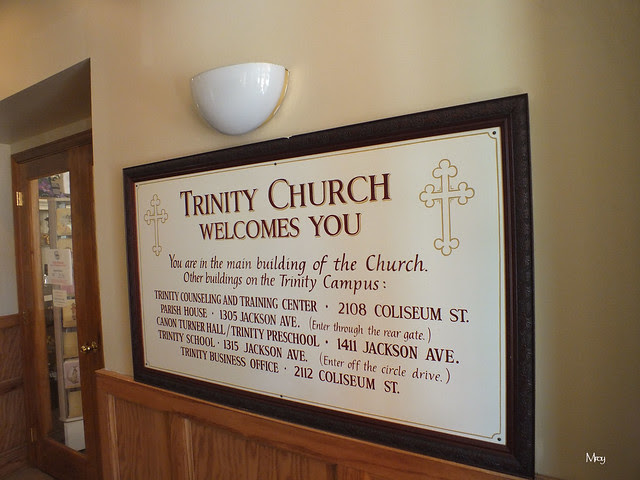 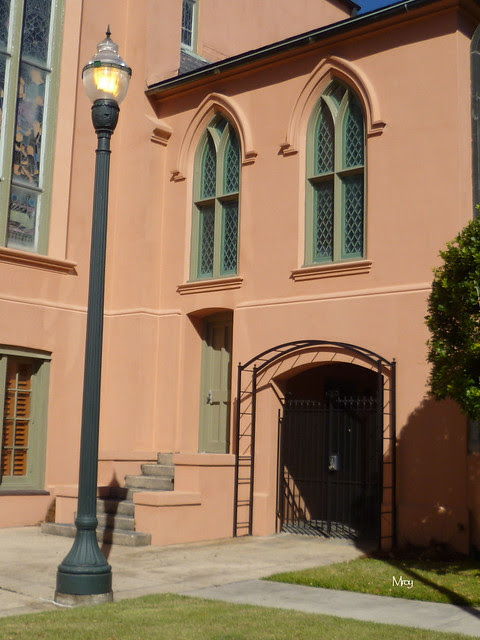 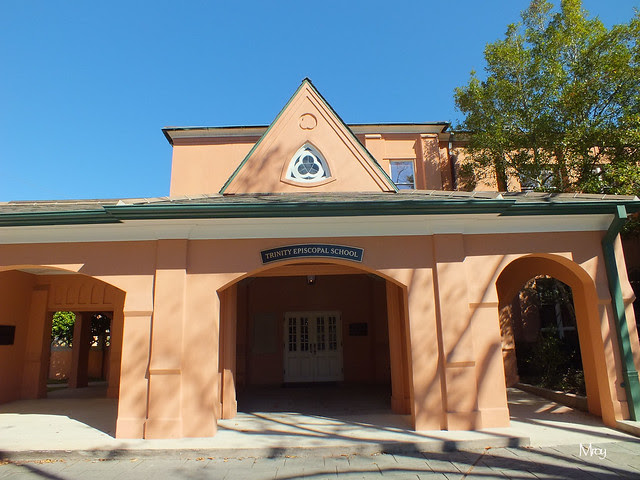 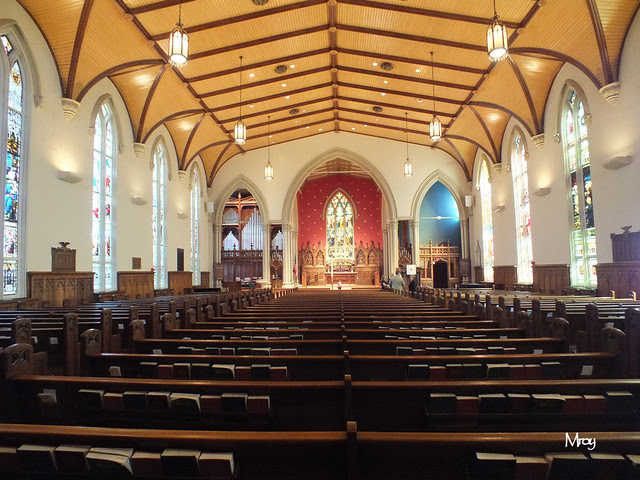 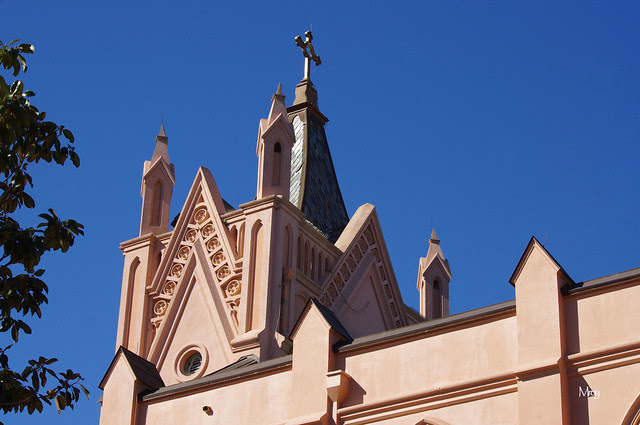 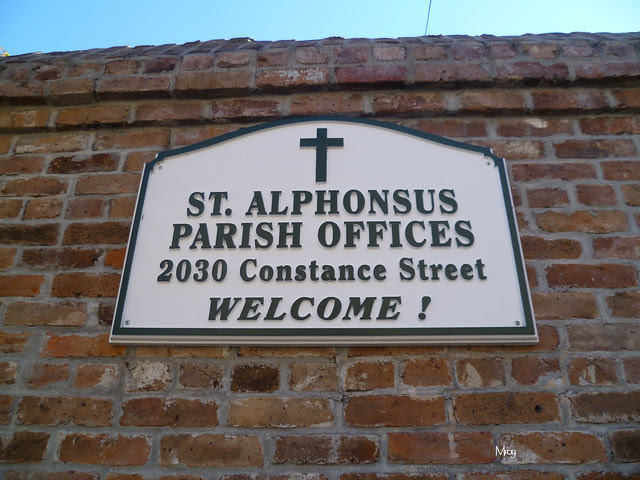 But the sign was confusing, because it says St. Alphonsus. It was only afterwards that I learned that they are connected to each other. 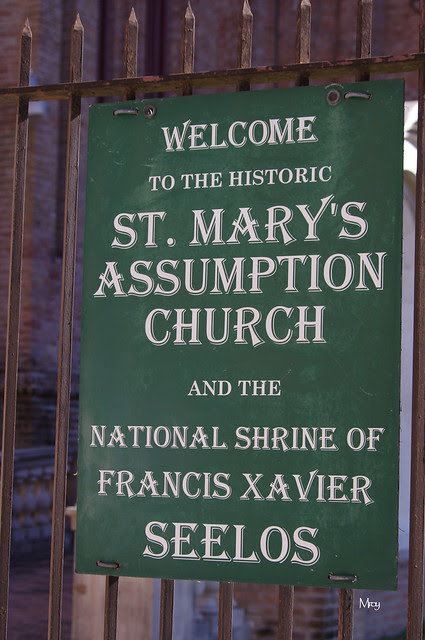 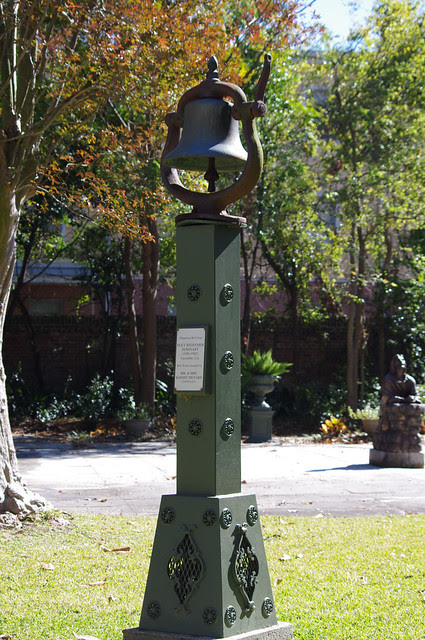 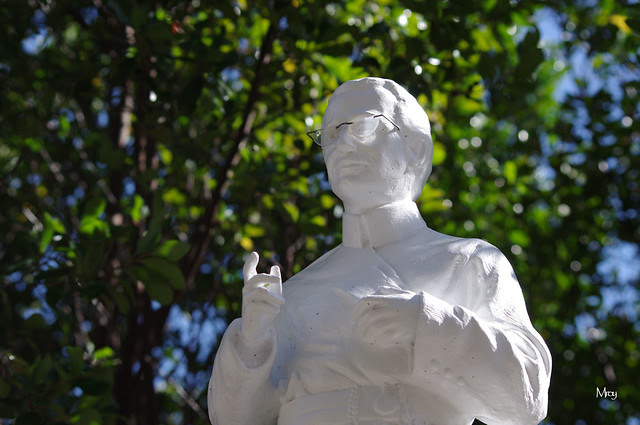 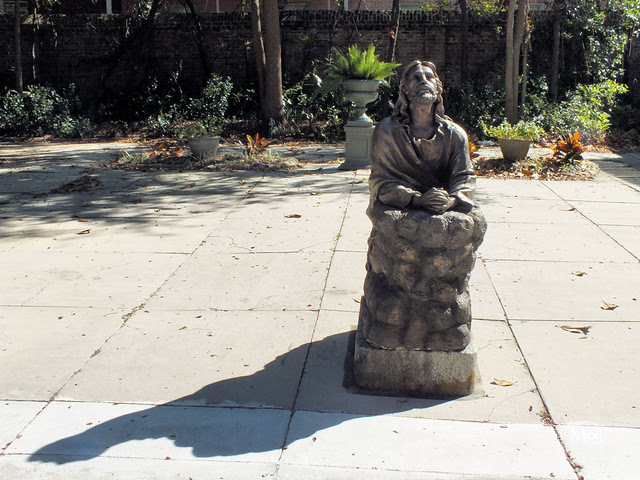 Jesus in the garden of Gethsemane. 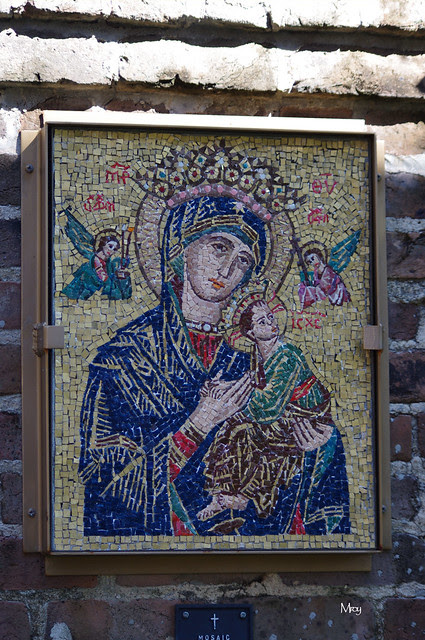 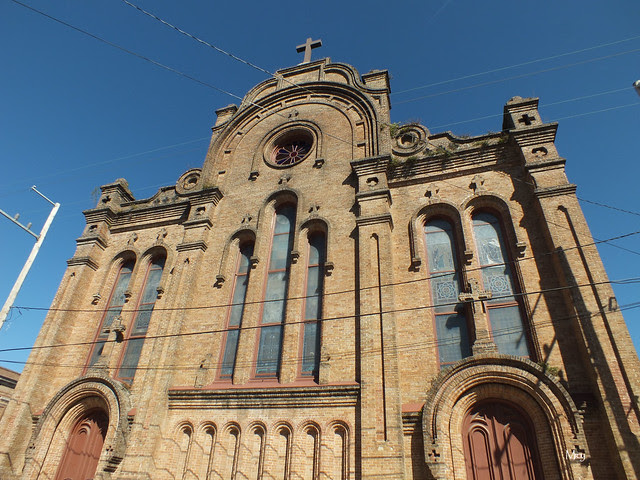 Giving up on seeing the inside of the church we followed the path to the exit on the next street. Rounding the block to go back to our car, I just noticed that the church is facing another equally impressive church. 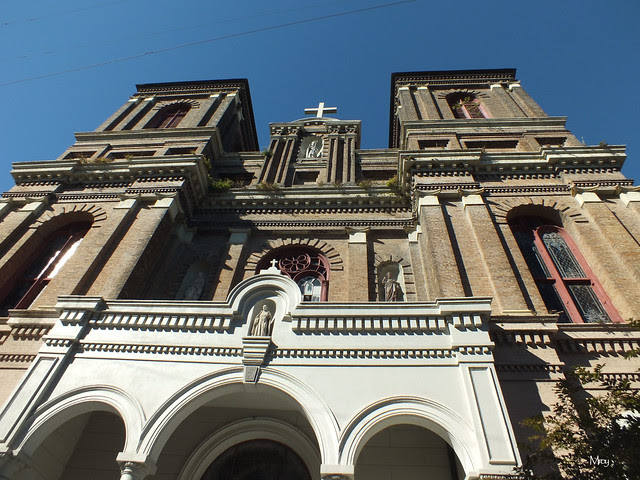 The street is very narrow, impossible to get a full shot. 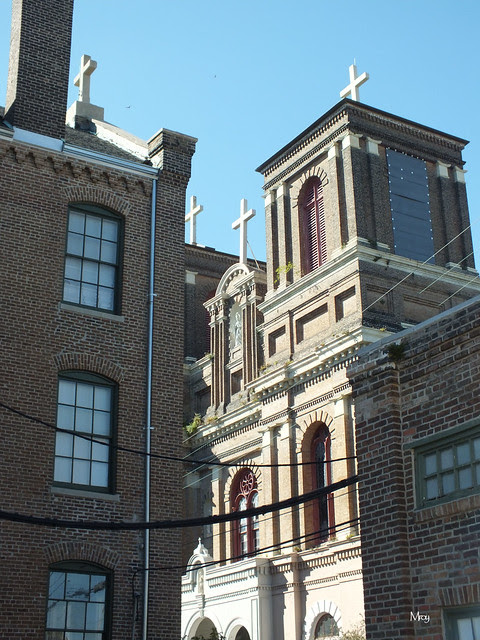 See what a tight squeeze it is between those two adjacent churches? 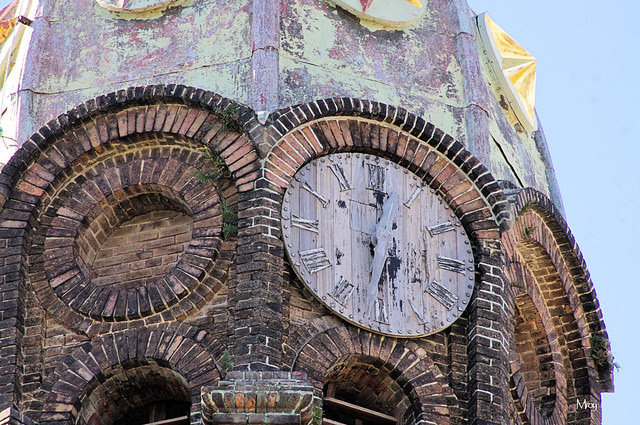 Before I go to the next church, let me show you this impressive bell tower that badly needs fixing. Here is the page for donating to the restoration.

A lovely well-dressed lady greeted us as we entered St. Alphonsus Church. A real Southern lady she was, charming, sweet, accommodating and very friendly. She told us that the church across the street was locked because they have wedding there in 10 minutes. She added that I can take all the photos I want of this church, since they were only decorating the altar for the upcoming Christmas season. 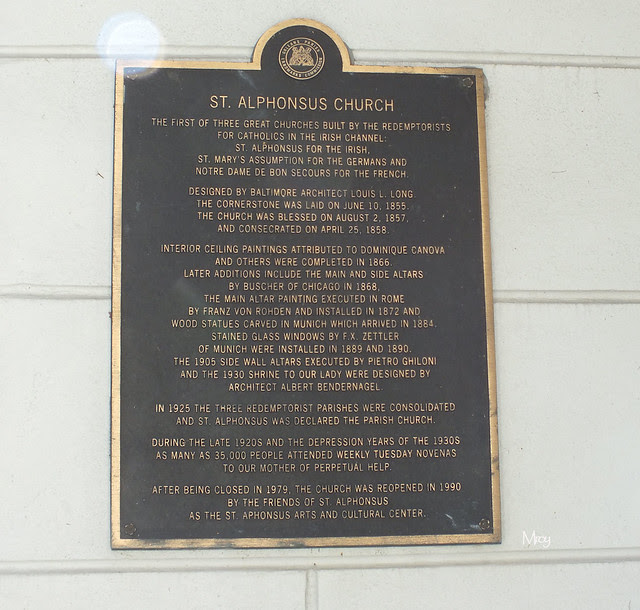 In the old days, there was a separate church for Irish Catholics, German Catholics and French Catholics. Talk about segregation!!!! The church across, St. Mary's was for Germans. This one is for the Irish.

The church is still recovering from Katrina (2005), there were tell tale signs of the damage, this many years later.

The stained glass windows all around depict the different mysteries of the Rosary, from left side to the right side.

The ceiling is incredible. The church has a peaceful feel to it; nothing like a museum feel to it. 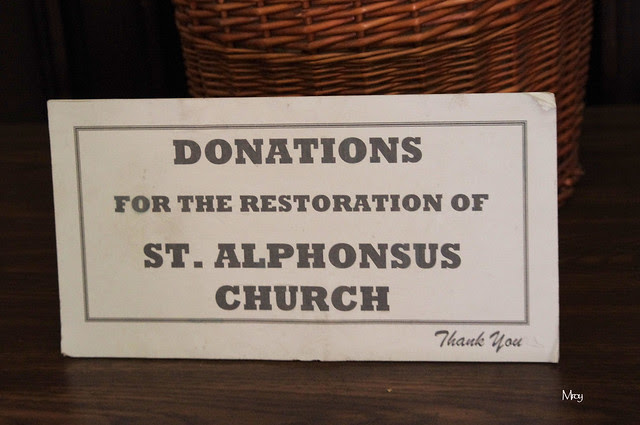 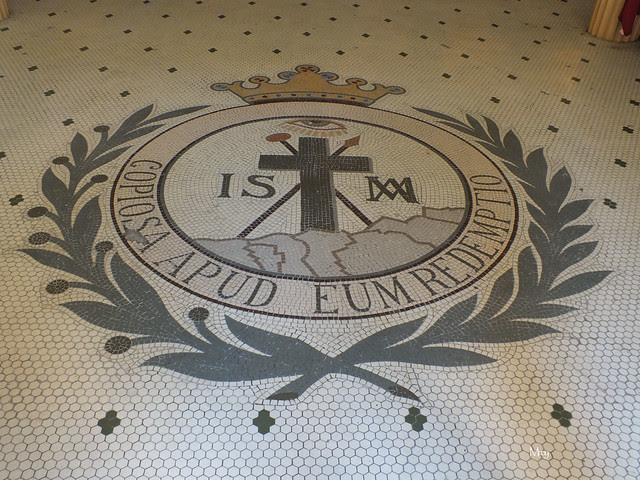 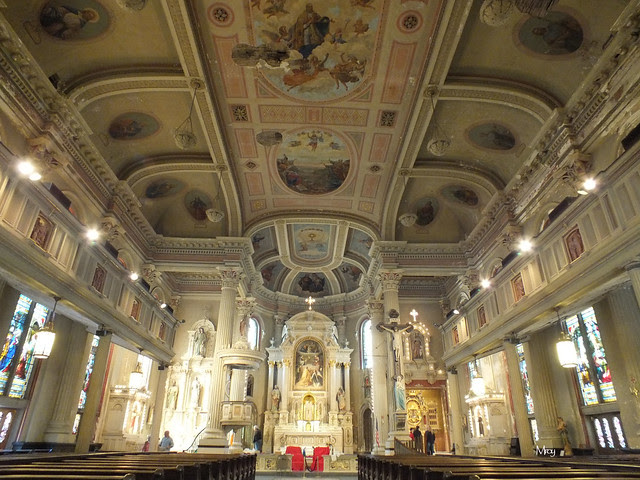 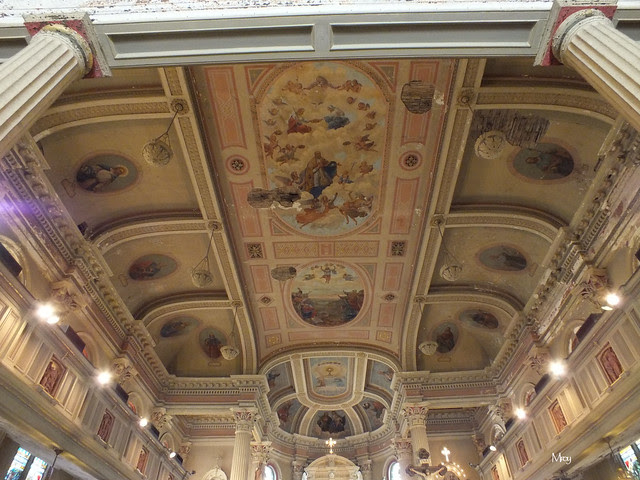 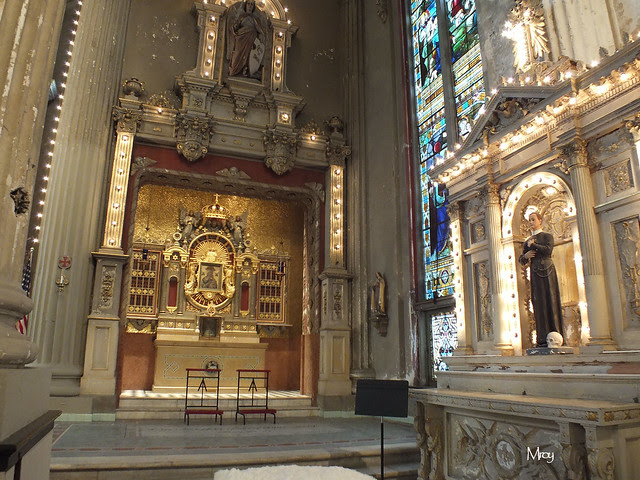 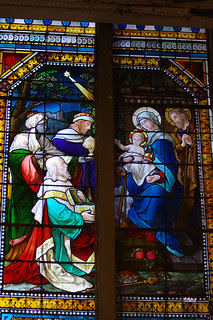 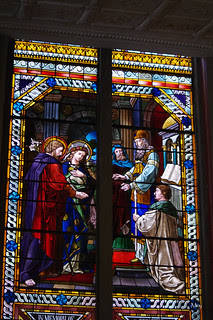 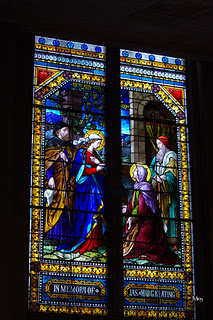 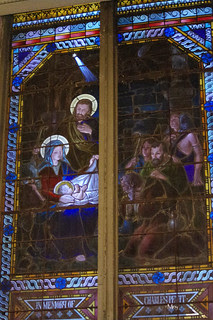 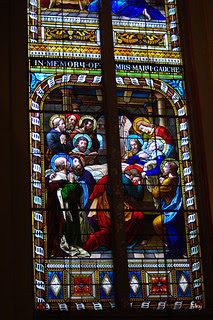 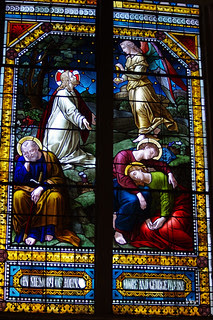 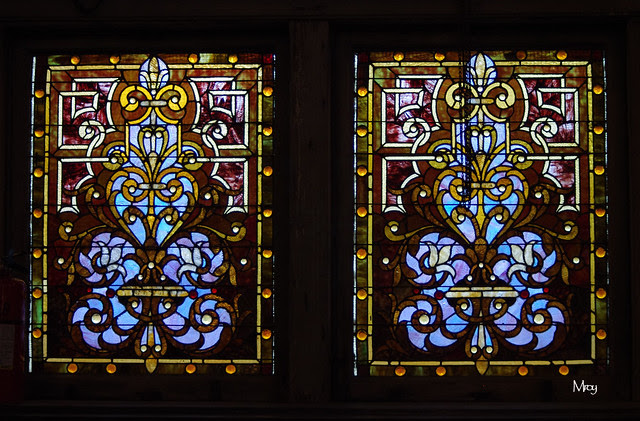 SKYWATCH is a weekly gathering for sky lovers and sky watchers. Please join us.