The guide was asking if we wanted to see some monkeys and tropical birds. We all said, why not? It didn't seem like there's a lot of things going on in Roatan for non-divers who are here on a limited time frame.

I don't even know if there is a name for the place. We arrived there on what appeared to be a private residence with a large lot. Inside we saw lush gardens, with beautiful flowering plants. The hibiscus was blooming when we came. It's like visiting a friend's house who has cages scattered throughout the grounds. The cages are spacious, plenty of room for the animals to move. And they were clean. There were parrots and macaws, monkeys, aardvark, other animal that I can't remember the name and some deer. We paid a nominal fee, for the upkeep I'm sure. There was a man who came to show us around and be our guide. If I remember correctly, they get the hurt animals from the wilds and take care of them and probably rehabilitate them. 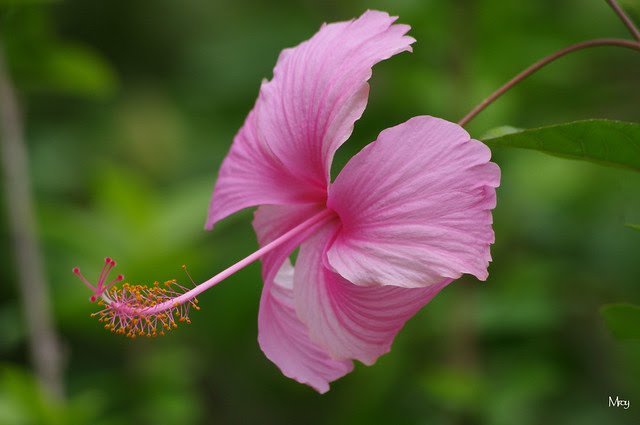 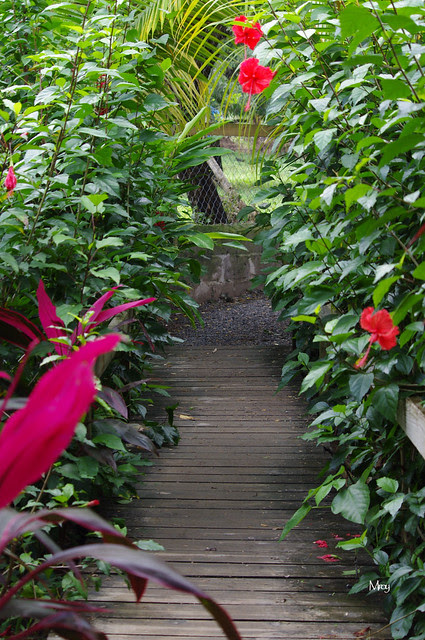 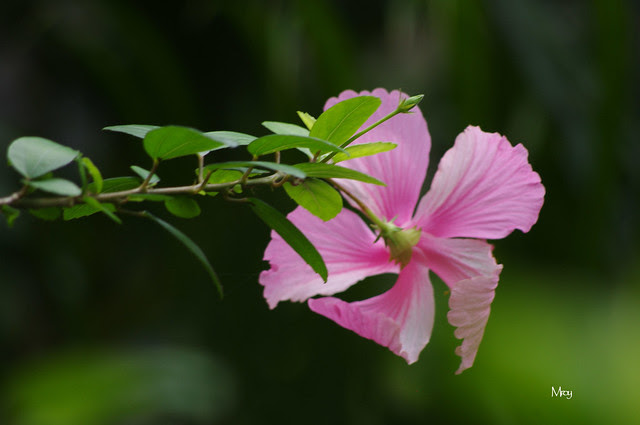 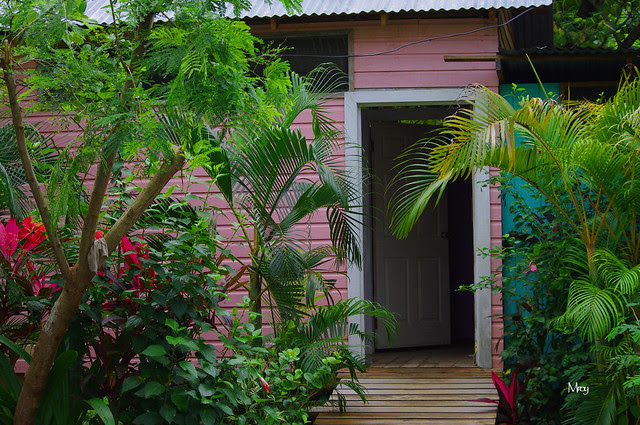 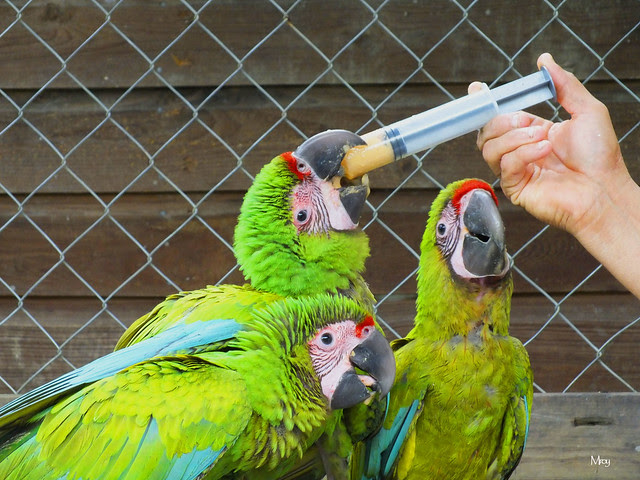 These 3 are infants and are being "spoonfed". 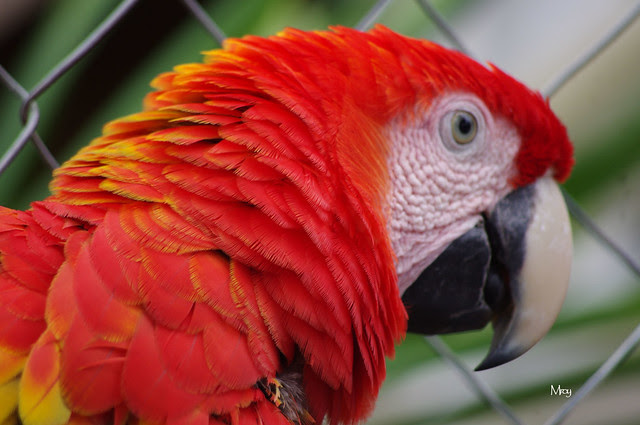 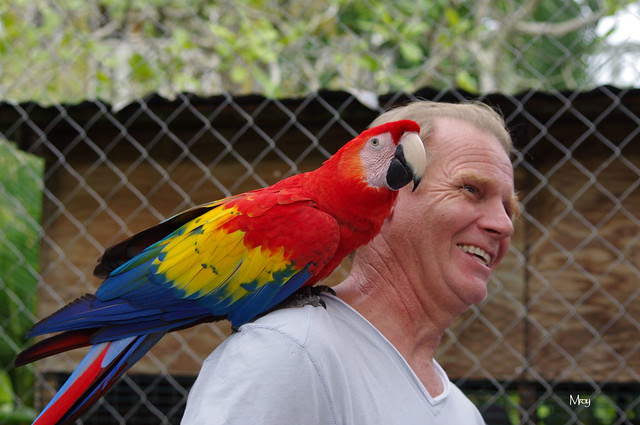 The guests have options to go inside the cage with the animals. 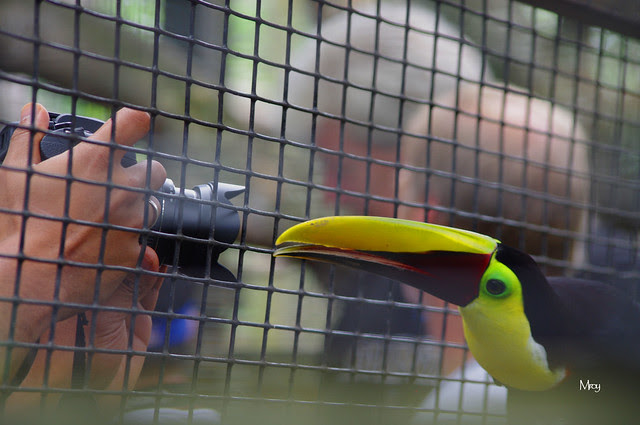 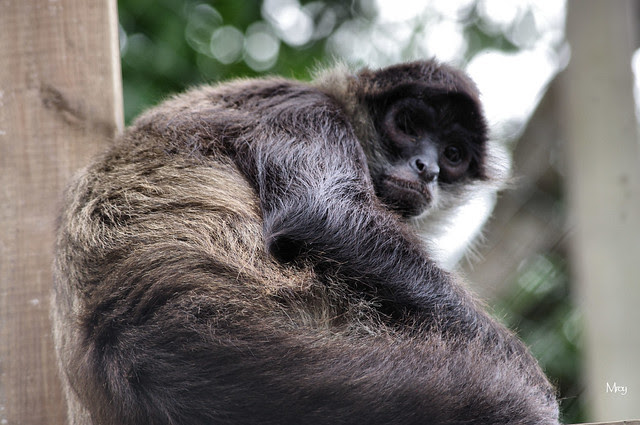 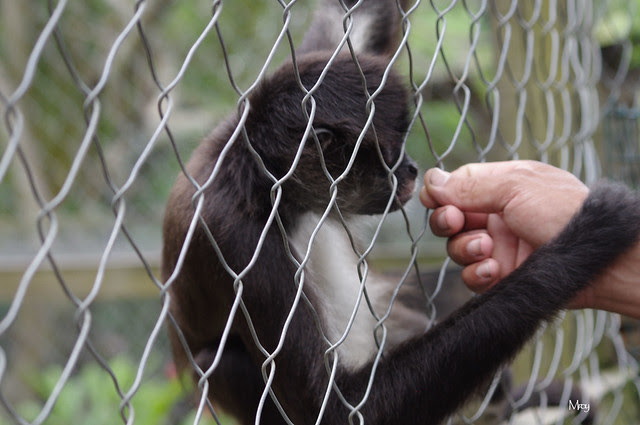 Of course he wants some treats. 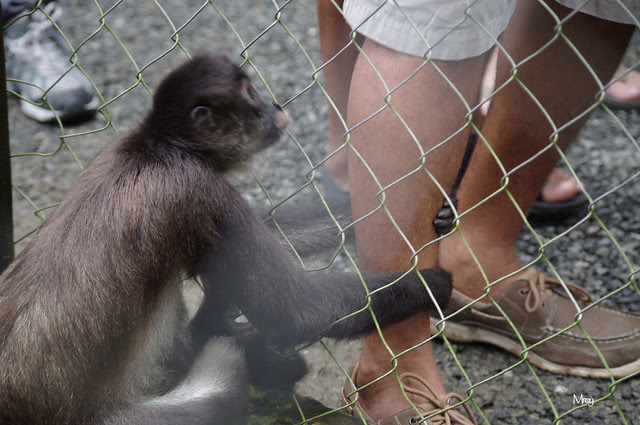 They have a few cages for different types of monkeys. The way I noticed is that each large cage only housed 2-3 monkeys, plenty of room for them to move around. 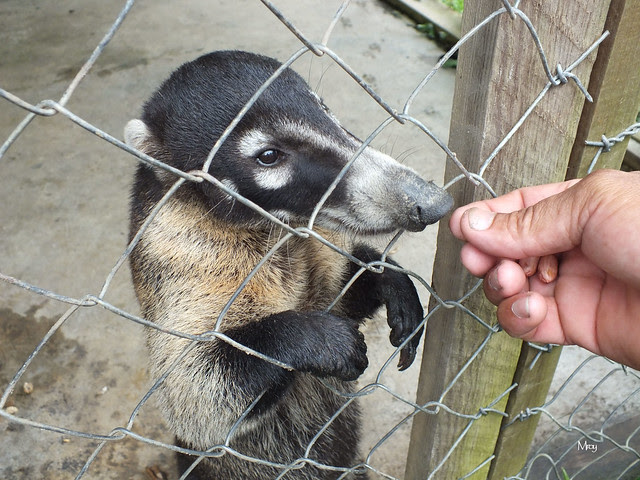 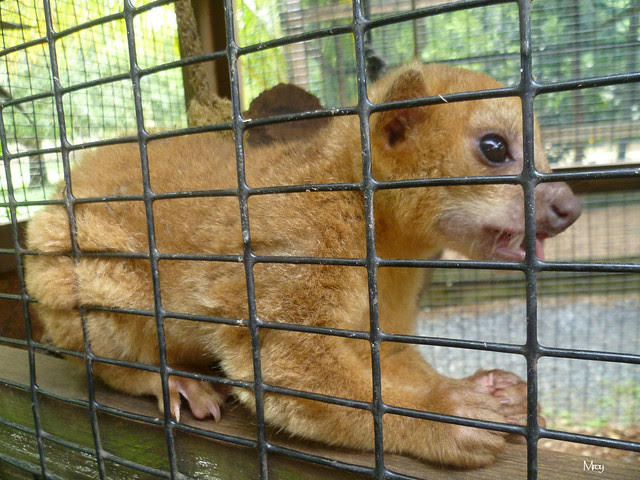 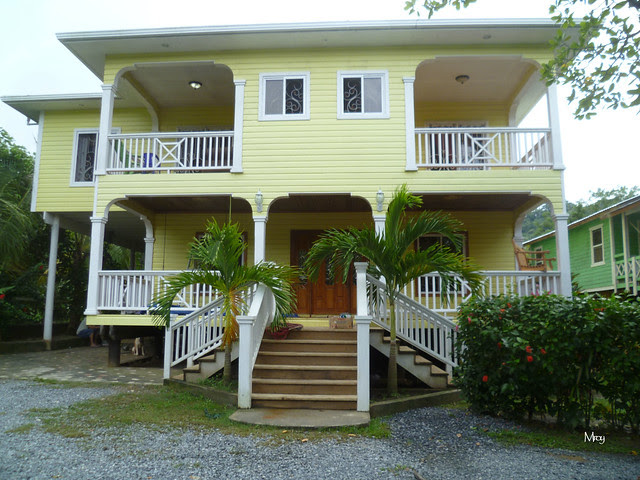 The house inside the compound.

When the visit was over, someone asked if we could stop by for a little shopping. We were dropped off at a little shopping complex where the second floor level was for handicrafts and souvenirs. There was also a grocery store where we spent our time checking local produce. When that was over,the driver who was just speaking on the phone with someone (in Spanish) spoke to the guide (in Spanish) and the guide announced that this was the end of the tour. The four other in our group was okay with that announcement. We weren't. We specifically agreed with the tour operator that we wanted the tour to include the West end of the island or the Half Moon Bay section. 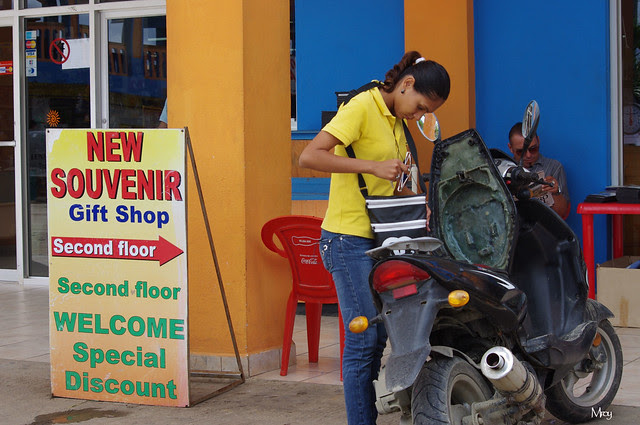 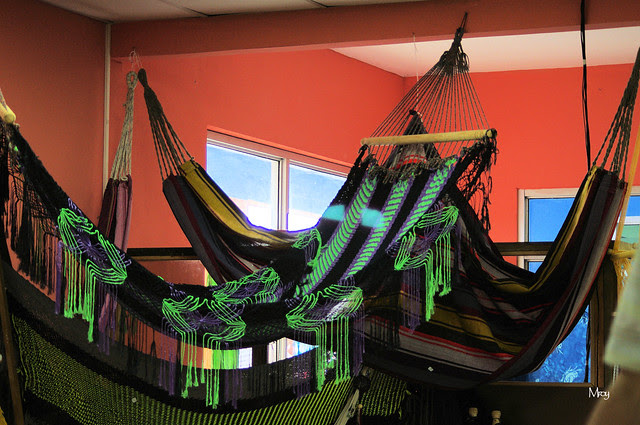 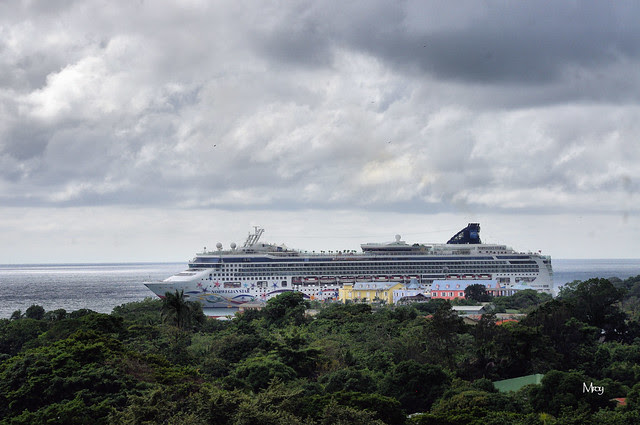 From the shopping complex's second level, we can see where our ship was docked.

As soon as the van returned to the dock, we sought the operator who remembered our agreement and stood by it. He found another van who took us to the West End. He stopped at Half Moon Bay resort and gave us time to look around. It was the beach part, but none of us were in the beach mood. November probably was not the peak season for tourism anywhere which was why we found the place empty. Like a ghost town. The beachside restaurant was empty; we wanted to stay here for a bit, there was plenty of time 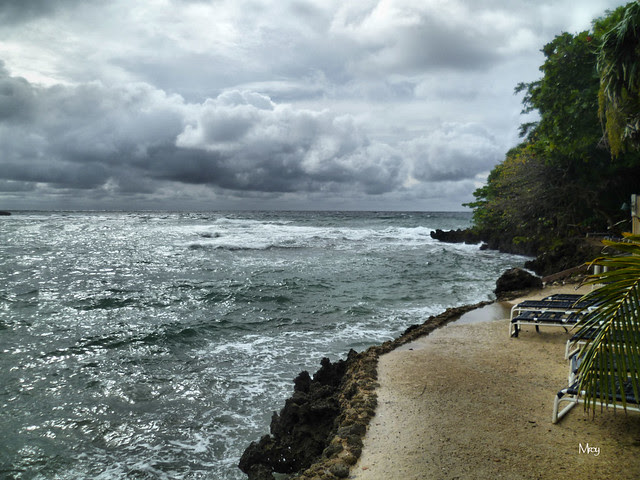 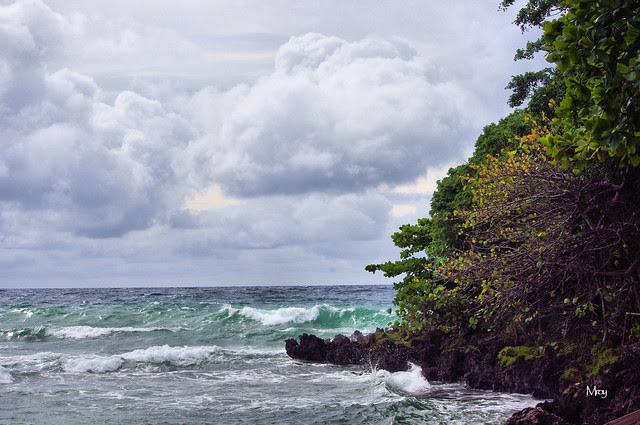 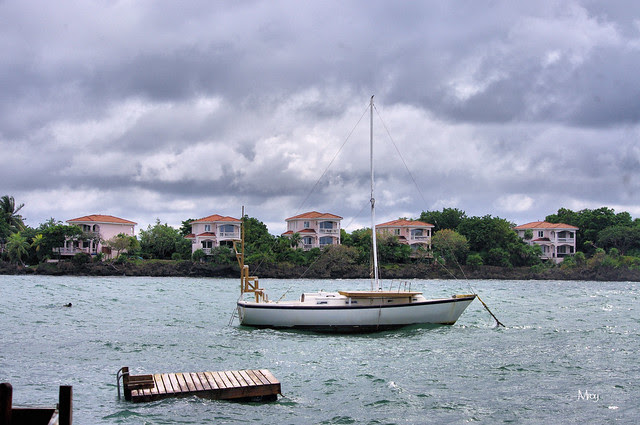 Across from the resort are these beautiful houses.

We thought that hanging out in an empty outdoor restaurant and not eating was impolite so we asked to see the menu, even though none was hungry. Nothing in the menu called to our taste buds, so I asked for a margarita instead. I don't know how it happened, but the guy manning the restaurant/bar talked me into getting a pina colada instead.

It turned out to be the best drink I've ever had. It was the creamiest, tastiest, most delightful libation my tongue has ever tasted. I was oohing and aahing with every sip that my companions paid attention to me. I let them get a sip and they agreed, so they too ordered drinks. 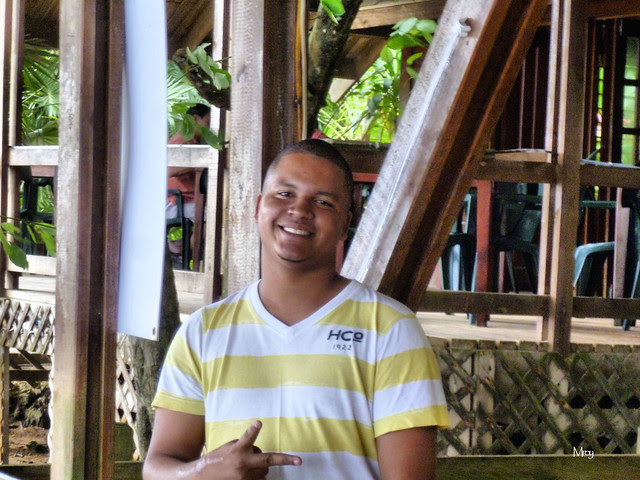 This is the pina colada guy. He later told us that he probably put way too much booze to our drink. The drink was excellent because he used fresh pineapple and fresh coconut milk.

Happy with our drink we bid him goodbye. The friends asked the driver if there was a little village in this side of the island as he was looking for cigars. Thankfully there is one cigar shop. 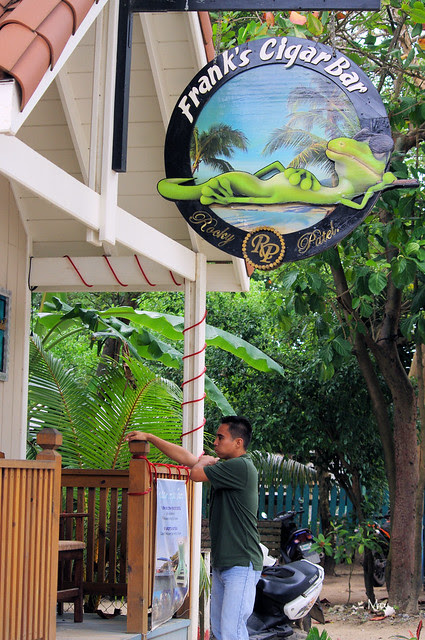 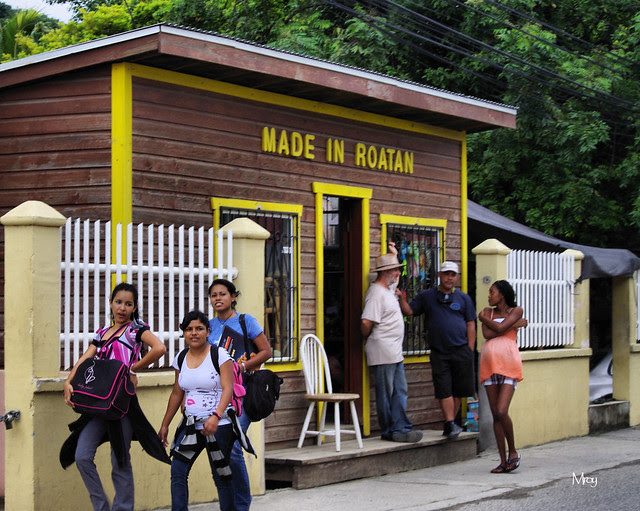 We returned to the dock but did not go back to the ship. We walked around the streets next to the dock, shopped and tasted some local tamales.