In September this year the new east span of the San Francisco-Oakland Bay Bridge opened to traffic. It replaced the old unsafe cantilever portion of the bridge. In these parts, this was a big deal generating a lot of excitement from residents all over the Bay Area. Everyone wanted to see how the new span looked like. Traffic resulted for days because well, everyone wanted to drive to the city just to photograph it.

We waited a few days to see it. One week to be exact. Still we encountered traffic, although new bridge or not it's nothing new around these parts. 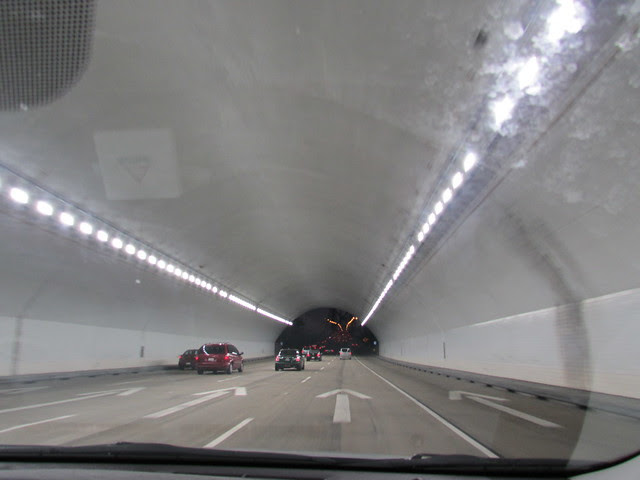 I was unable to photograph the bridge on the way to the city because I was busy videotaping. 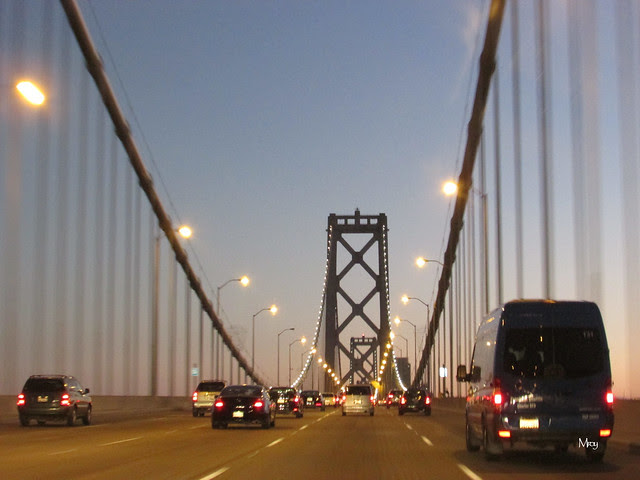 The western span is from Treasure Island to the city. 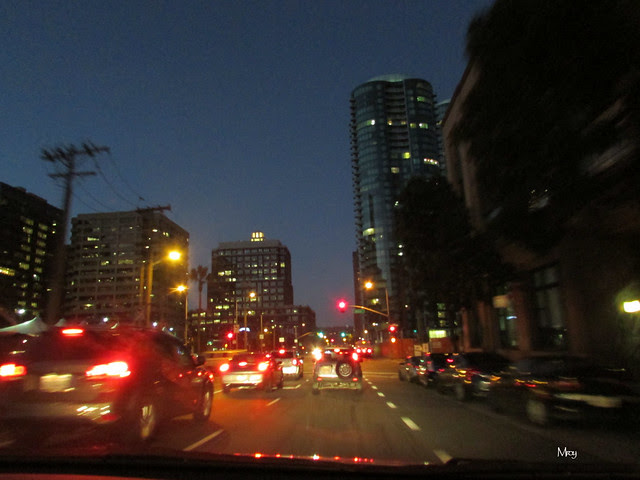 Nighttime low light won't stop me from drive by shooting. 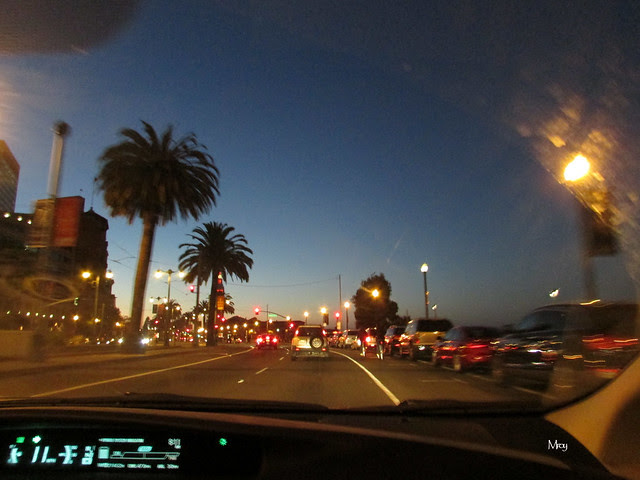 We found ourselves in the waterfront. 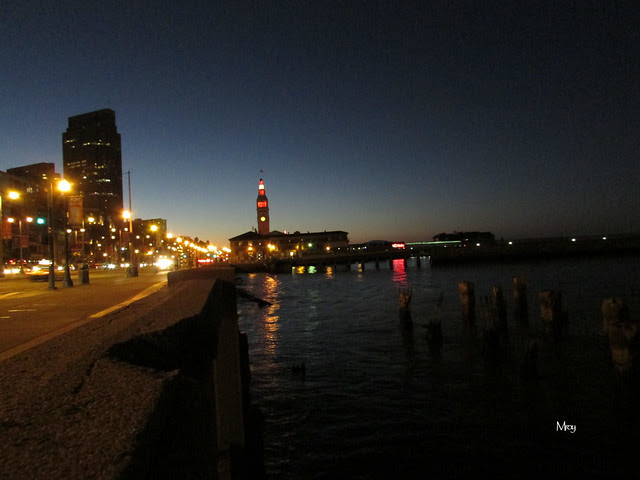 We parked and stretched our legs a bit. 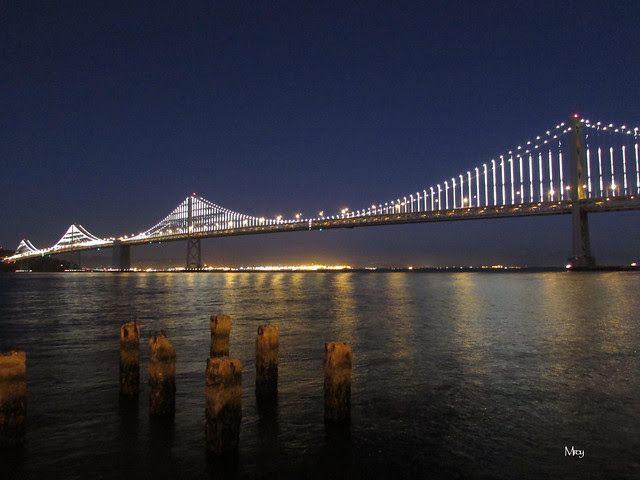 Enough time to photograph the "other" San Francisco bridge.

On the way home, we stopped at Treasure Island. 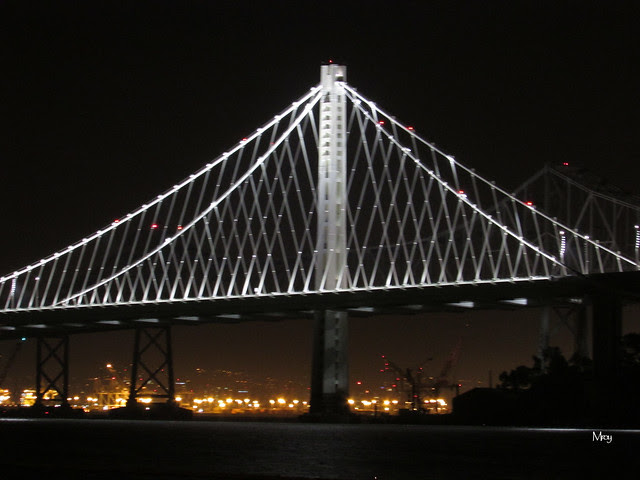 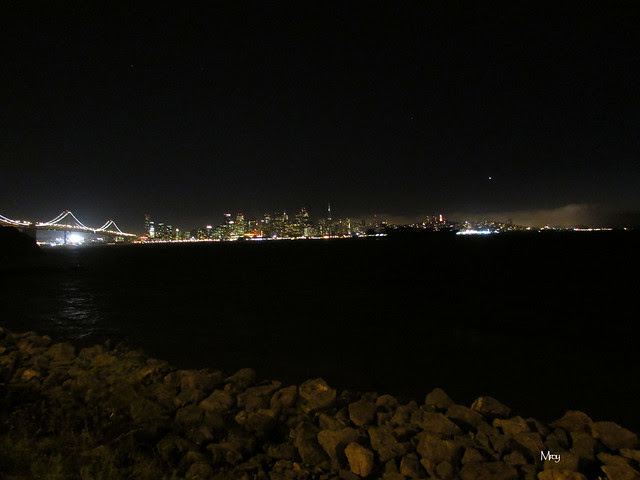 A lousy pic of the western span and the city twinkling by the bay at night. 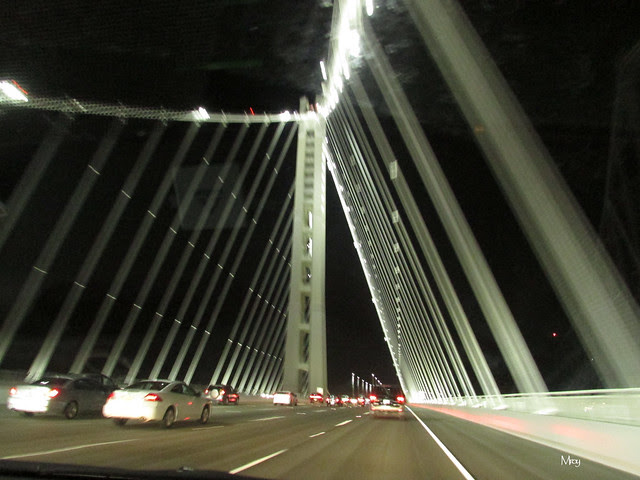