Valley of Fire: The Return

In 2009, I first discovered Valley of Fire State Park and I fell in love at first sight. Five years later, I am back in Vegas and there was no way I was skipping a return visit. Now blogging about it is a bit of a problem, because I took so many pictures, of so many angles of the same scenery that I really wanted all of you to see them. It's like when a little girl went to the toy store and came home with a bagful of toys that she wants to show off all these toys.

However, the documentation of Valley of Fire has to be broken down in pieces, so to speak. Today I'd like to show you the main drag (honestly I think there's only road that traverses the length of the park)the Valley of Fire Road, 10.5 miles from east to west. When I saw the road the first time all I could think was car commercial location. You would too when you see it.

Valley of Fire is a popular location for shooting automobile commercials and other commercial photography. It has provided a setting for the following films and television shows:

The Professionals with Burt Lancaster, Lee Marvin, and Claudia Cardinale was filmed in 1966. As of November 2012 a piece of the movie set is still up for tourists to view.

The 1984-1987 CBS TV show Airwolf used the Valley of Fire, named The Valley of the Gods in the show, as the secret hiding place of the stolen Super-helicopter Airwolf.

Cherry 2000 uses the Beehive group camping area as the Sky Ranch compound of the lead antagonist.

The outside Mars scenes from Total Recall, starring Arnold Schwarzenegger, were almost totally shot in Valley of Fire.

The Veridian III scenes in Star Trek Generations were filmed in Valley of Fire, and it was here that Captain Kirk fell to his death. In the film, Lake Mead is clearly visible in the background.

Domino includes a scene in which protagonists crash their RV in the Valley of Fire. The title character played by Keira Knightley is later described as the Angel of Fire by their rescuer, played by Tom Waits.

Transformers, directed by Michael Bay, filmed a scene where the Autobots are driving along the valley with other military vehicles during sunset.

Need for Speed: The Run, a car racing video game, features an event that is situated here.

Here are shots of Valley of Fire Road which was designated as Nevada Scenic Byway in 1995 and the shots are from the entrance via I-15. 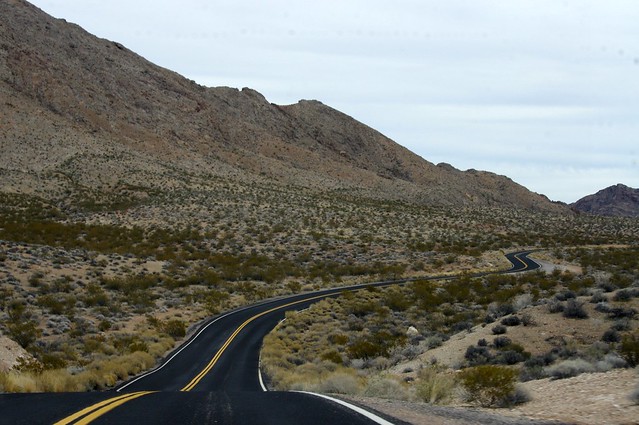 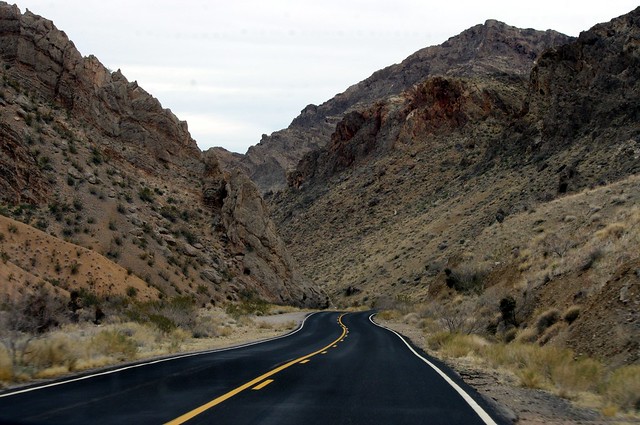 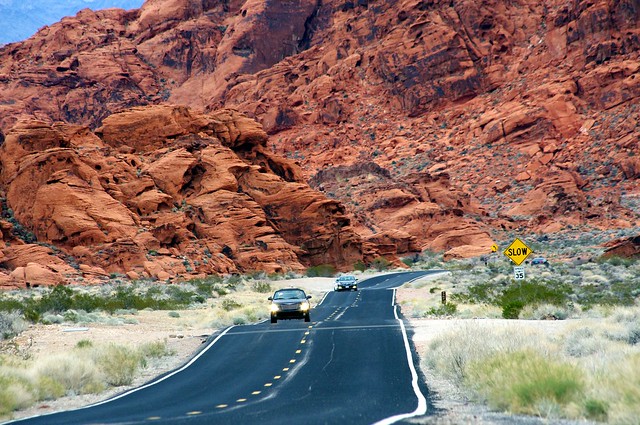 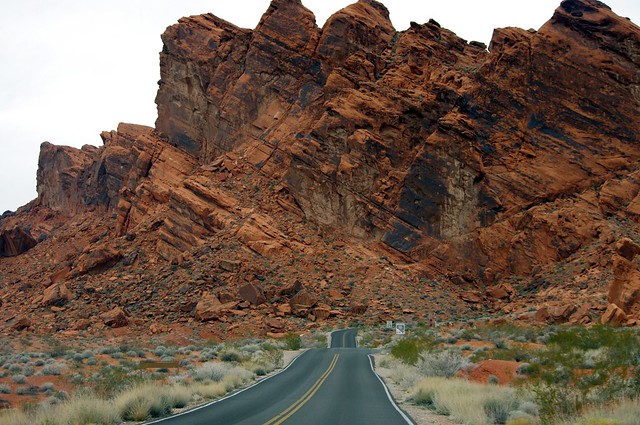 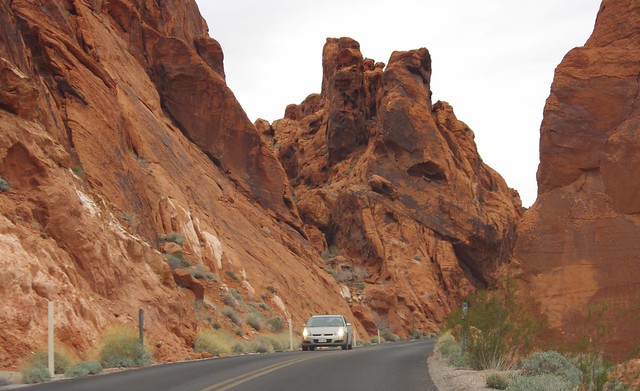 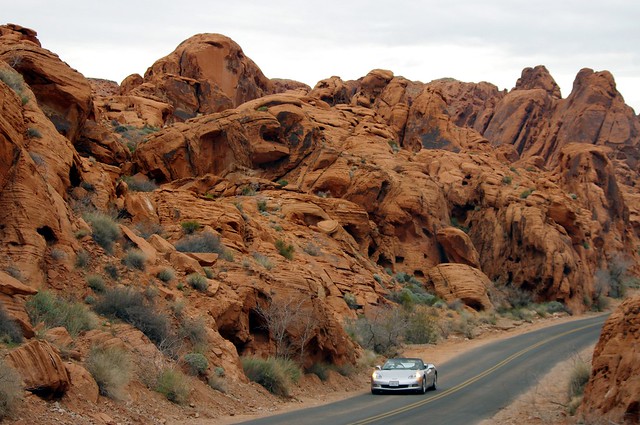 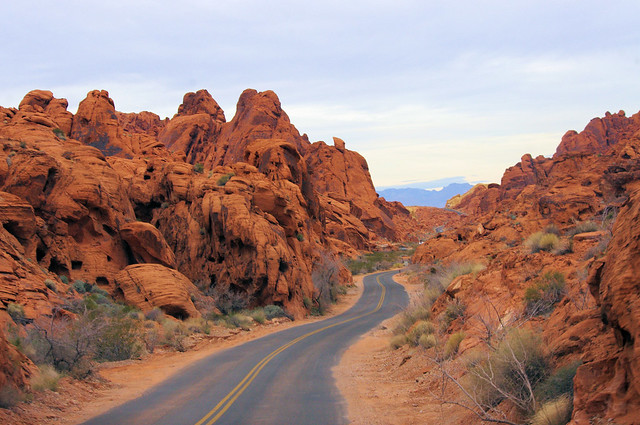 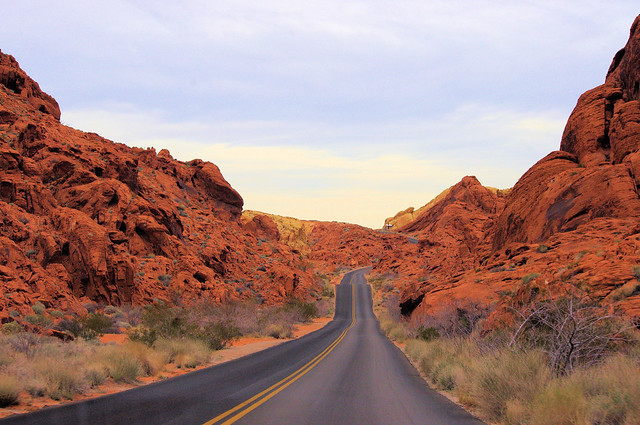 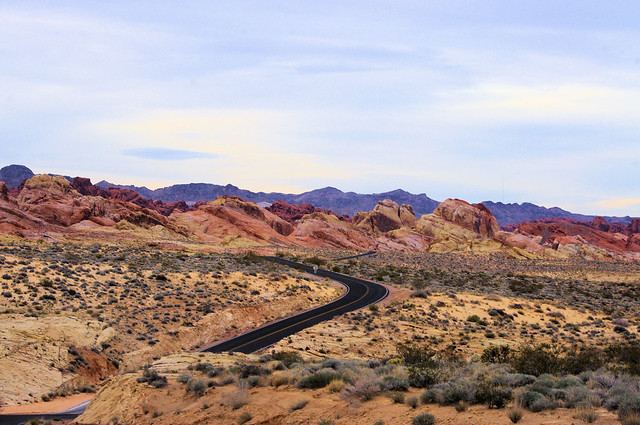 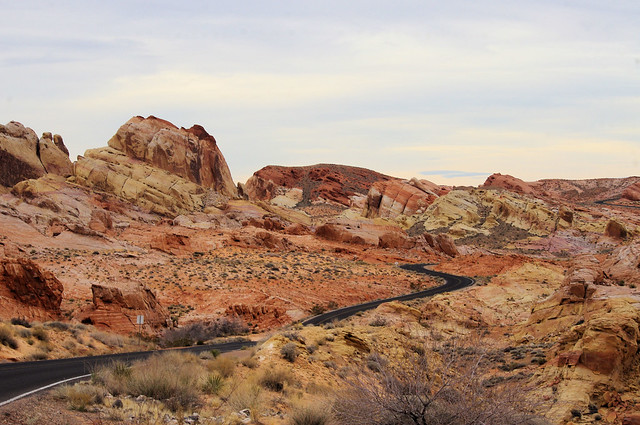 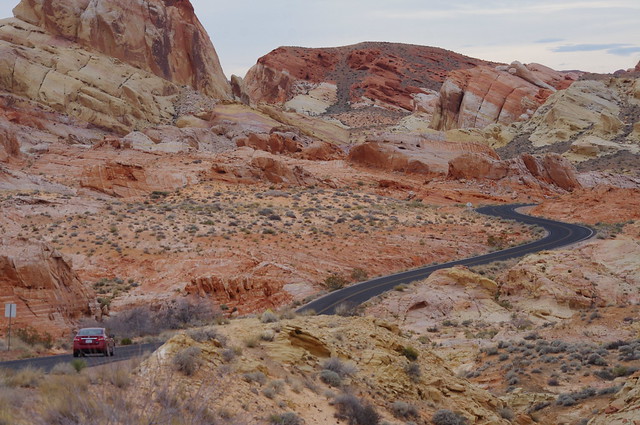 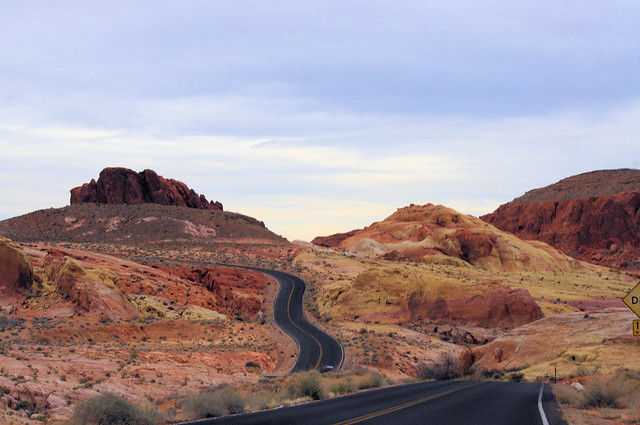 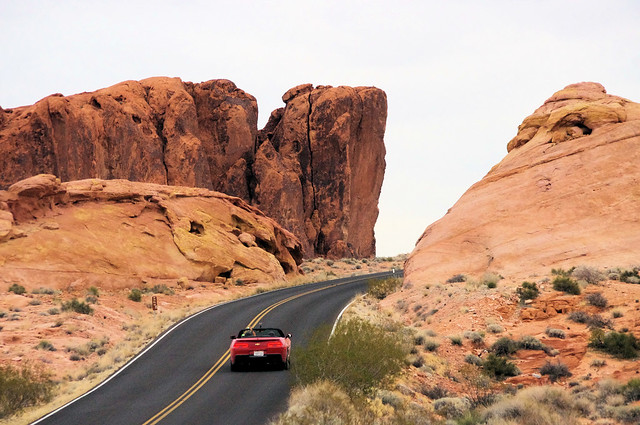 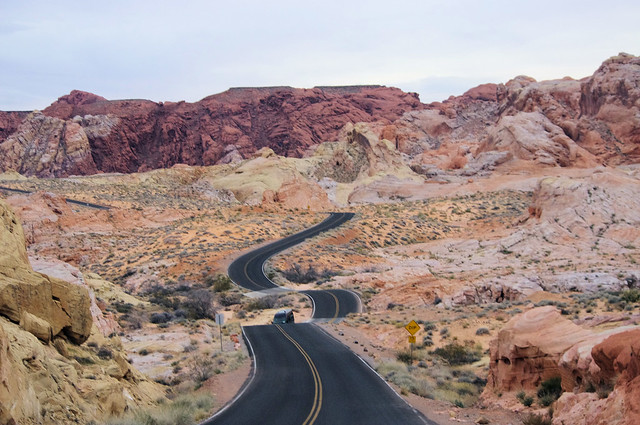 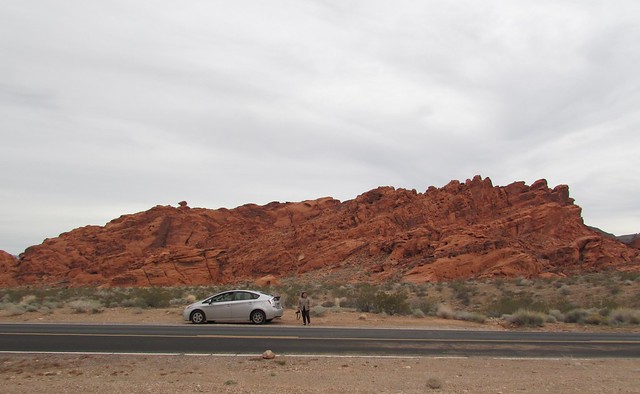 Me, roadside, admiring the view.

It would surprise no one I hope if I declare here that this spot is one of my most favorite places in the world. I don't have a list yet, but when I do, I'm pretty sure Valley of Fire State Park (50 miles from Vegas) is going to land in the top 10.