In 2013, a huge wildfire named Rim Fire ravaged nearly 260,000 acres near Yosemite. It went on for 2 months and burned everything in its path. Our friends who owned the cabin we stayed told us that they got a call from their neighbor's saying evacuation was coming. The fire came to a mile from their cabin. Thankfully, it didn't push forward.

I didn't expect to see the aftermath of the wildfire. It was distressing to see all the burnt trees, even though these giant sequoias are fire-tolerant and require fire to reproduce. Still, the images before our eyes left us with heavy hearts. It was tough seeing it this close. 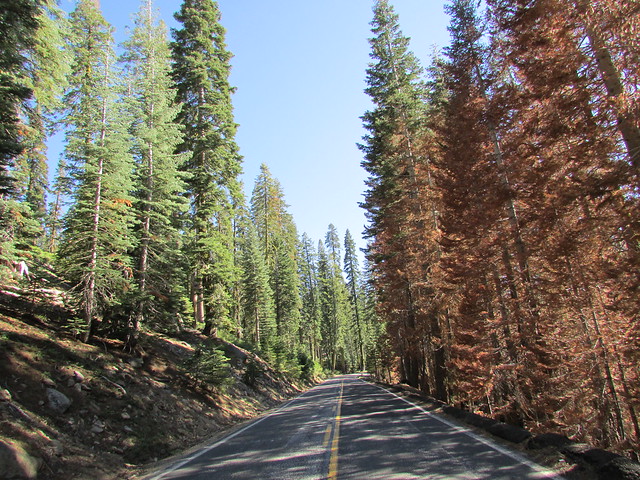 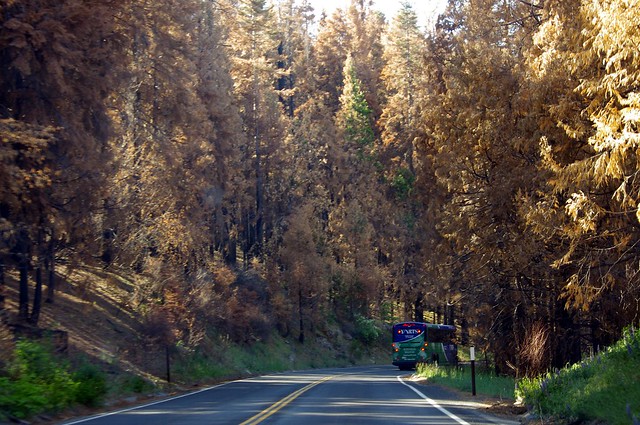 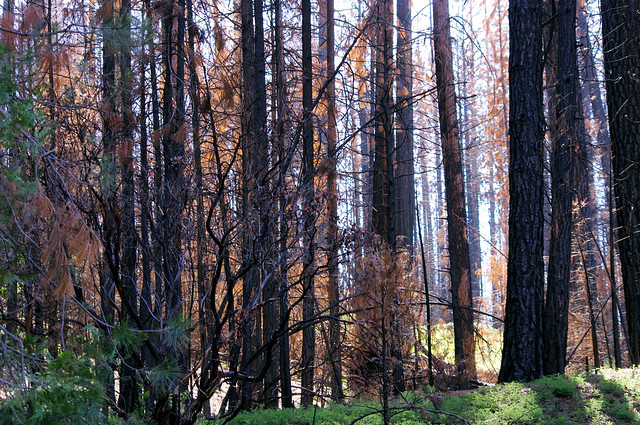 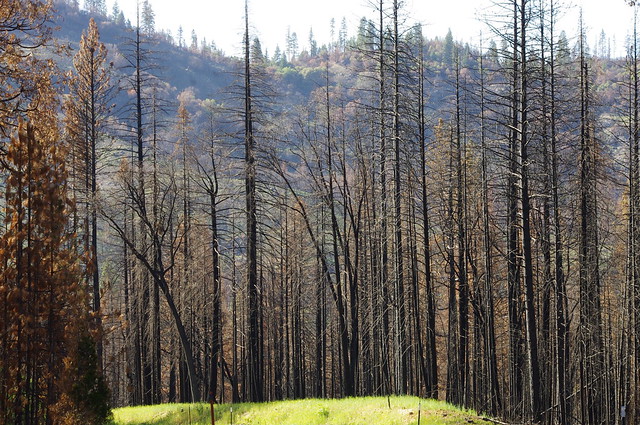 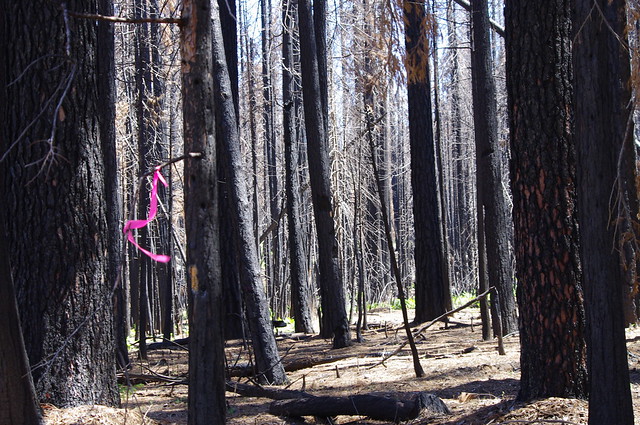 We made good time and arrived at the cabin. We were welcomed by the natives. 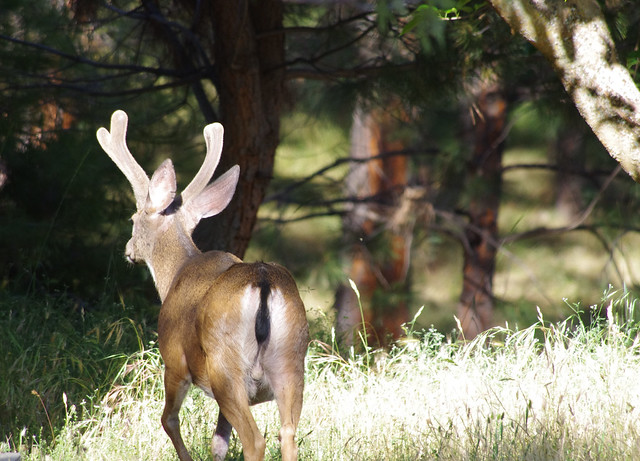 The plan to visit the town of Groveland and have a few drinks in town did not materialize because the cabin's huge deck (under towering trees) was too inviting, tempting the lazy out of me. We fixed our own drinks, cooked our meals, put on some music and sat on the deck with eyes closed. The setting was too tranquil, too enticing. It was perfect after a full day of driving. We only moved when mosquitoes joined the party.

The following morning, we planned on going to Hetch Hetchy Reservoir. It's one of the places I haven't been yet in the Yosemite area and I've been dying to see it. Along the way we saw more reminders of the Rim Fire. 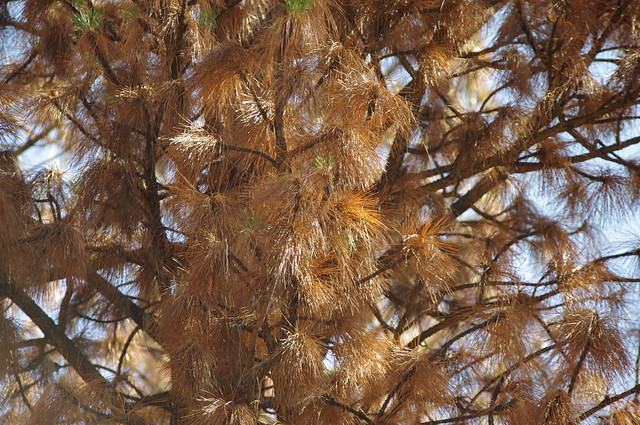 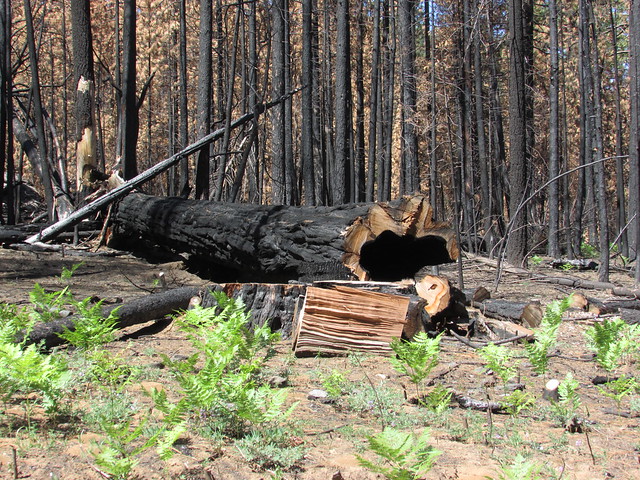 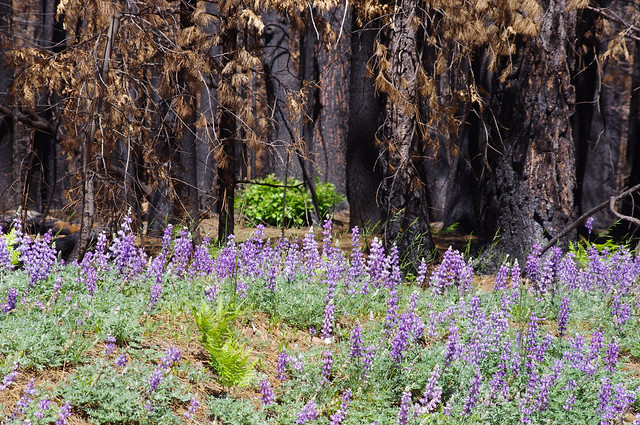 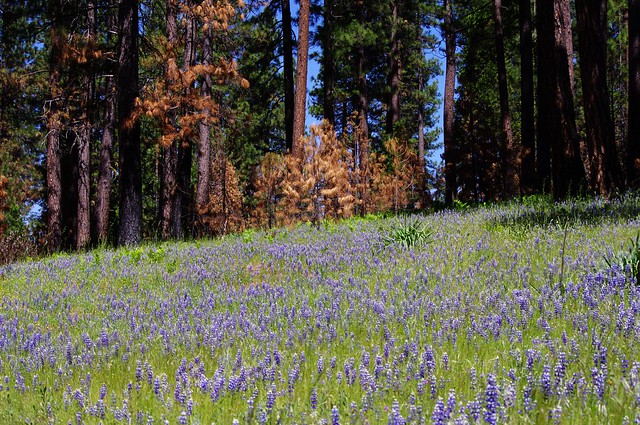 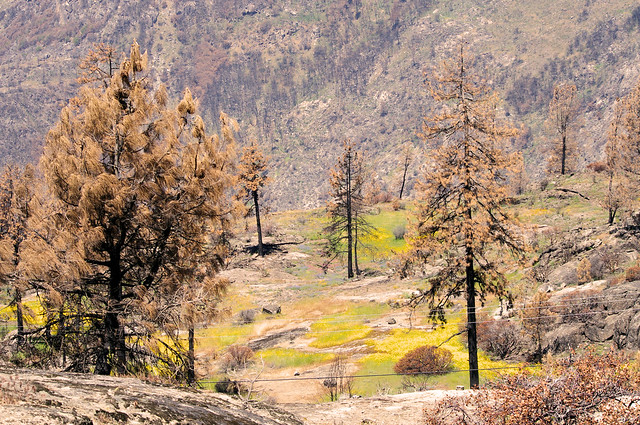 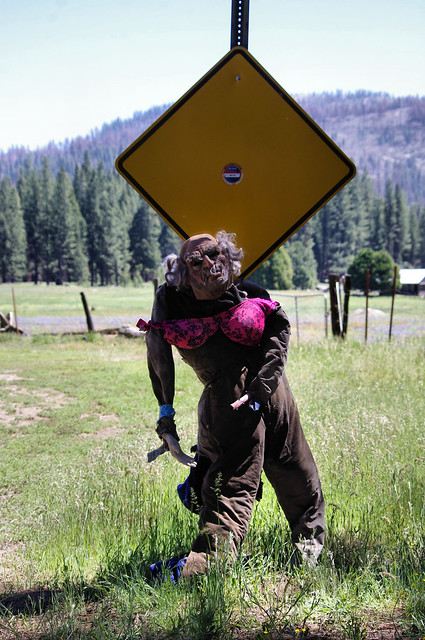 Thought I'd share this. Someone thought a little levity is needed. I certainly appreciated it.

Then we saw that there were doing salvage logging. From wikipedia: The purpose of salvage logging was to remove an enormous fuel load from the forest floor. As trees fall, they contribute to the potential for having future catastrophic fires. Severe soil damage, which can cause hydrophobicity, occurs when a fire lingers in an area for a long time such as beneath burning logs. The phenomenon is known as residence time. The longer a fire lingers over a given area and heats it up, the greater the potential damage to soils. Hydrophobic or "water-fearing" soils increase the chance for erosion and runoff. Sedimentation flows, flooding, mudslides and rock slides can result when soils are badly damaged. Structurally damaged trees also pose a threat to visitors. 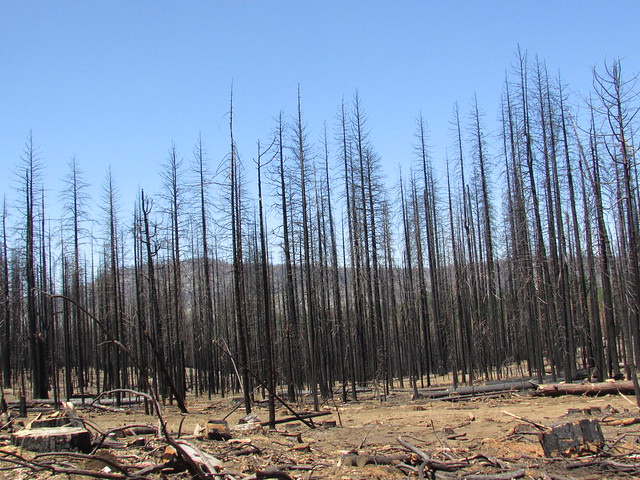 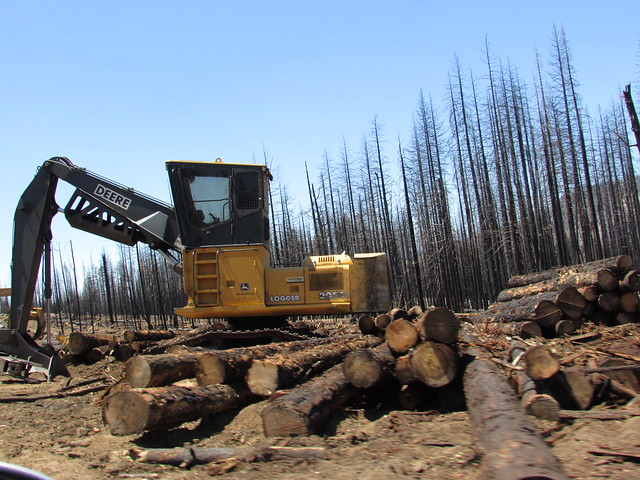 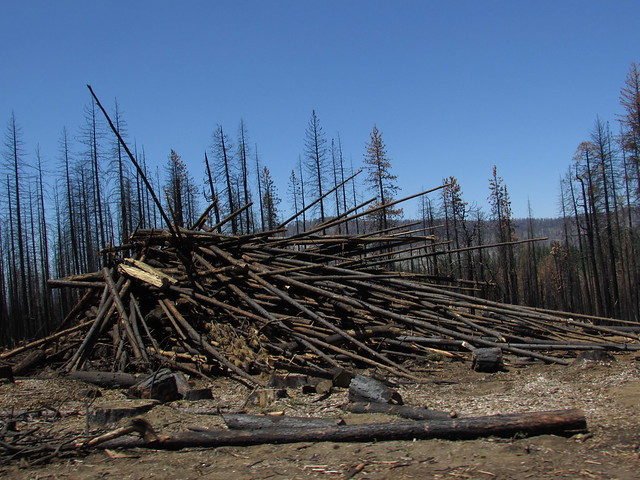