As desirable as Venice is as a travel destination, it is only because of a cruise that landed me in Venice and not the temptations of the city itself. How could that be?

When a “free” Greek islands cruise was offered to us (we paid “only” port fees and taxes - not to mention plane fares), we could not say no. Not only because it was “free”, but it was round trip cruise from Venice. Finally I’d be able to step on the floating city and gawk at incredible architecture, just to name a few of her charms.

Our 24-day vacation started with a mid-day flight from SFO to Toronto where we had a 2-hour lay-over. There wasn’t much time to explore the airport, but enough time to grab a mouth-watering sandwich at the swanky Panini Bar where I plopped on one of the high bar stools and watched the San Francisco Giants on the flat screen. I was too comfortable savoring the Panini and cheering my hometown heroes when I realized that we should be going pretty soon. We did not hear any announcements for boarding, but luckily the restaurant was very close to the boarding gate and I saw a queue forming. We paid our bill and wrapped the left-overs and joined the eager mass to see Venice.

The trip was uneventful although I was pretty dissatisfied with Air Canada. This was considered a long haul flight and their plane is not equipped with entertainment screen. As the passengers board the plane, an announcement is made about the inflight entertainment. It requires the use of one’s personal tablet. What if you don’t have a tablet? Then you have to connect to the inflight wifi or something. Too much trouble. The flight crew was busy helping people get set up with their tablets. Really? In this day and age, there’s nothing to entertain your customers on this long flight?

I cannot remember what I did on the flight. Sulk maybe. Yeah I did that. Maybe for the length of the flight. Hey I have a tablet with me. But that’s not the point. 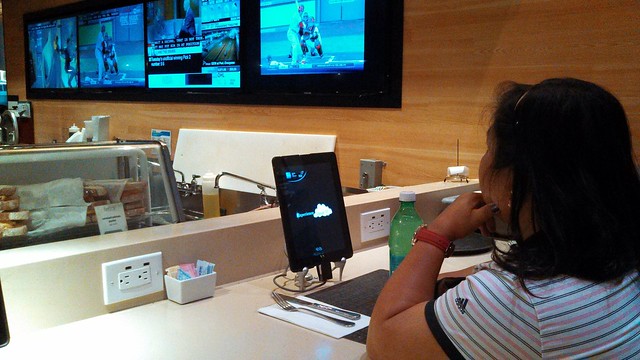 Glued to the screen. 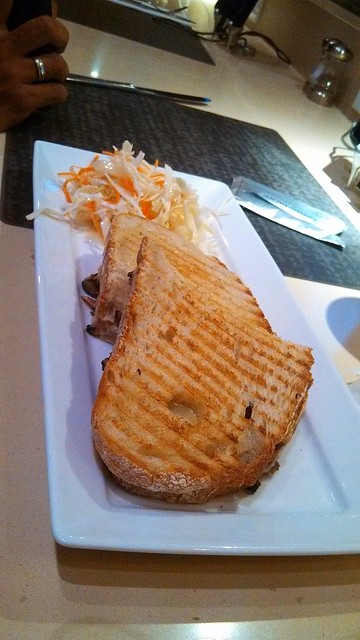 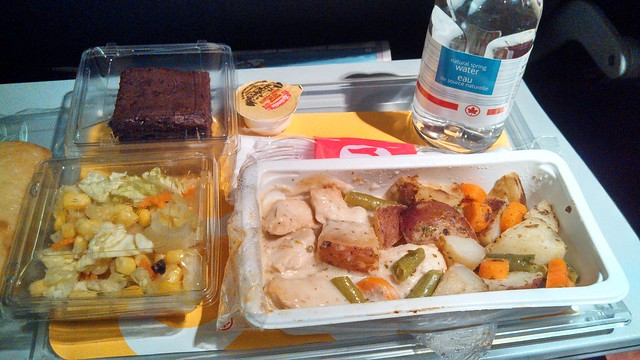 We landed in Venice around 11 am, next day. I was happy but I needed a shower, really. Upon clearing customs, we went to get a 48-hour transport pass or tourist pass, can't remember exactly what it was called, that would enable us to unlimited rides to the vaporetto (water bus) and the regular bus within 48 hours. The bus from airport to our hotel in Mestre – a community outside of Venice was included in the pass.

It turned out that we were way too early for check-in, but for 1E the hotel would keep our baggage safe while we tour Venice. That’s what we did. Dropped our bags off, paid the front desk, and walked a few feet to the bus stop. Twenty minutes later, we were in Piazzale Roma, the main terminal for buses.

Venice at last. What to do? We walked and walked, took pictures of people, of the amazing canals, the bridges, the architecture. When hunger set in, we opted to go to a small hole in the wall and have a slice of pizza and something else, calzone I think which we took to go. I don’t know if it’s okay, but we were eating and walking at the same time. Eventually we ended up in the university campus, found a place to sit and eat, watched other people eat and do something with their phones. 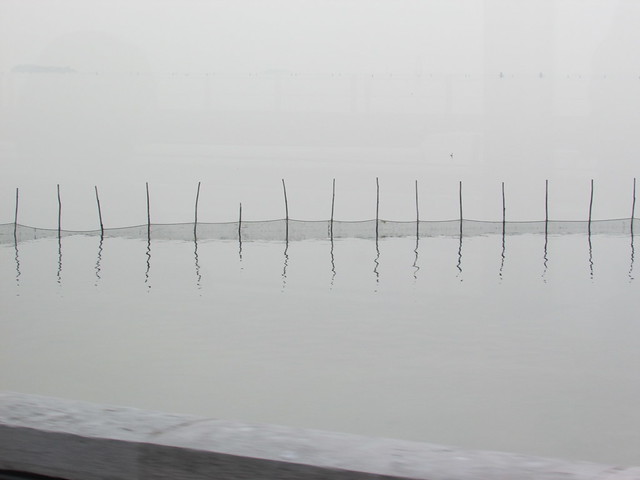 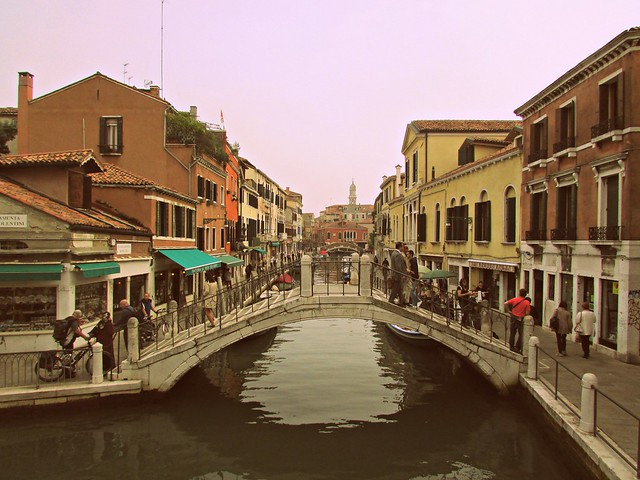 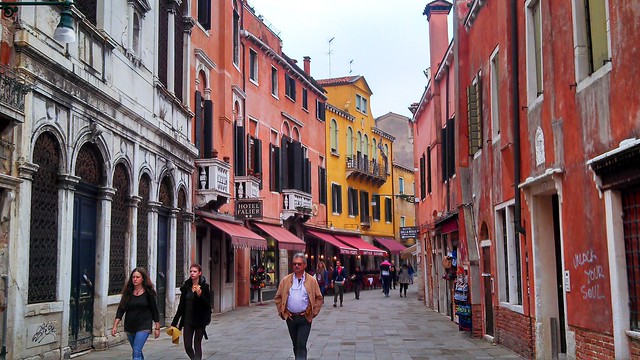 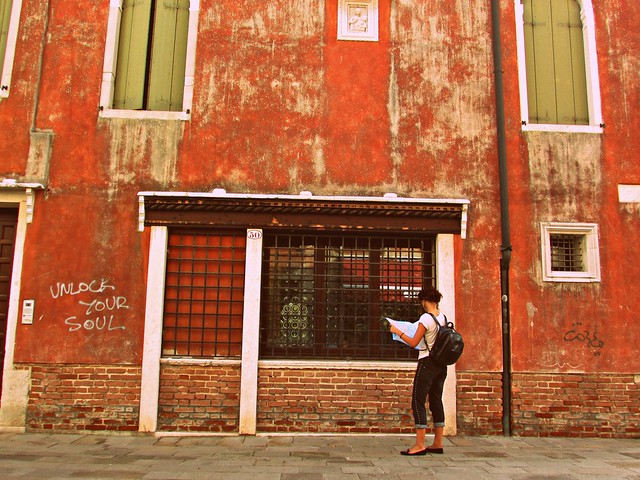 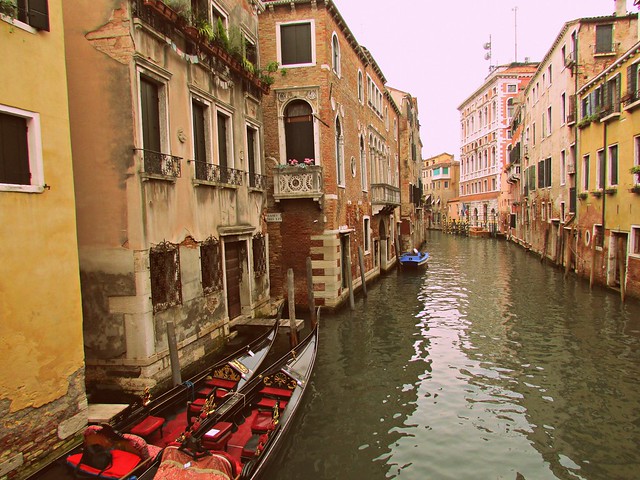 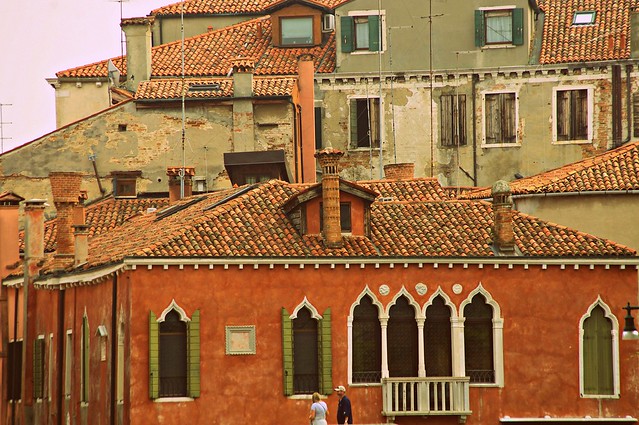 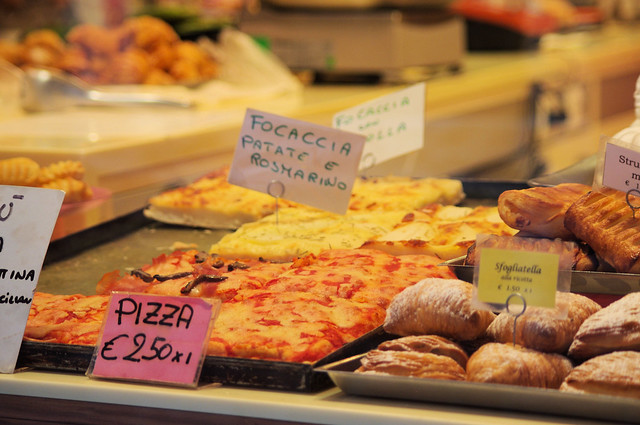 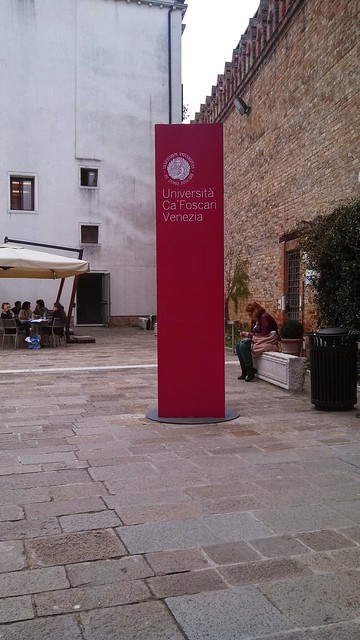 Afterwards we continued to walk which took us to this church. We paid the entrance fee, was a bit disenchanted to learn photography was not allowed inside the church, yet satisfied because the beauty that my eyes beheld inside the church was imprinted in my brain for eternity. The church was incredible, from floor to ceiling there’s something to inspect, enjoy and cherish. On the pews sat many art students, one group was quietly busy drawing in their sketch pads, another was in a discussion about the architecture in hushed voices of course. I tried to listen in so that I may learn, but they were speaking in Italian. 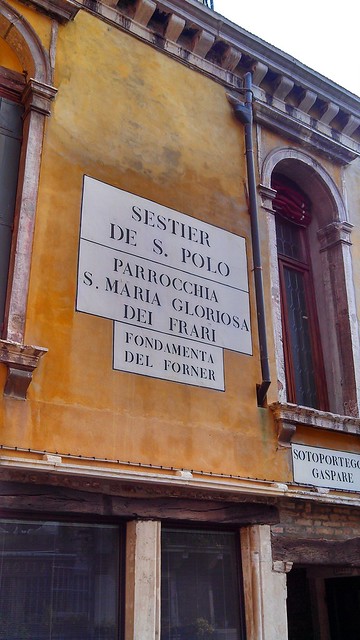 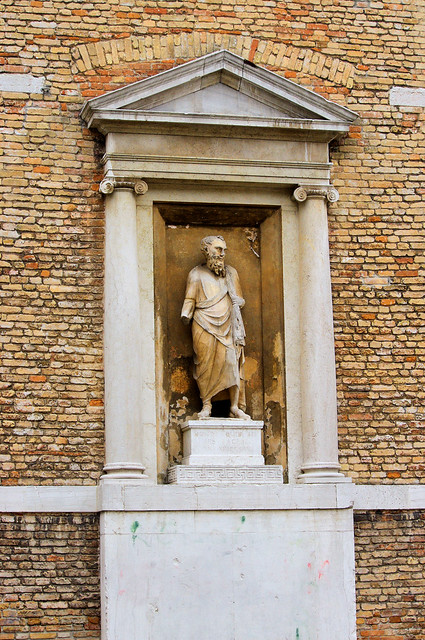 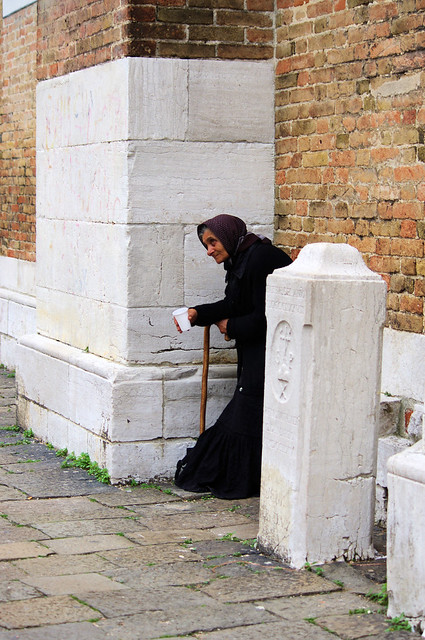 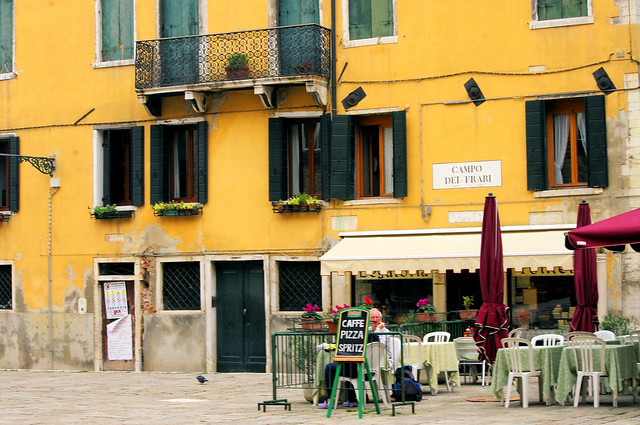 My senses were pretty full of interesting sights and I haven’t been to the main canal yet! Eventually we saw a sign and followed it. We went to use our passes with the vaporetto took a few rides and formulated a plan to sightsee on our own using the vaporetto, which would definitely lower the cost of our stay in Venice. 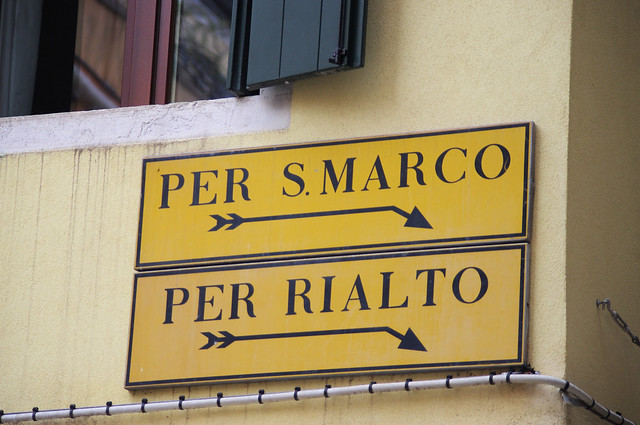 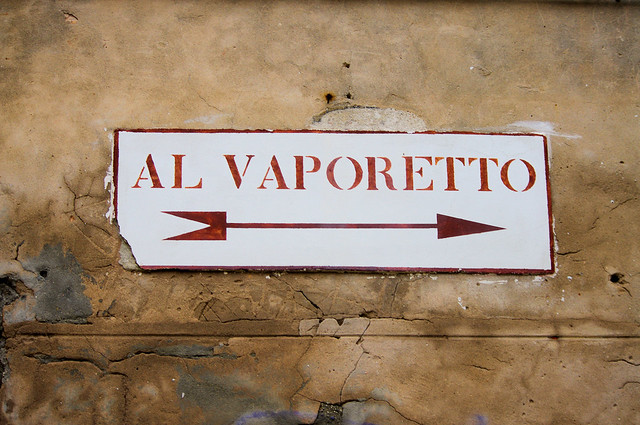 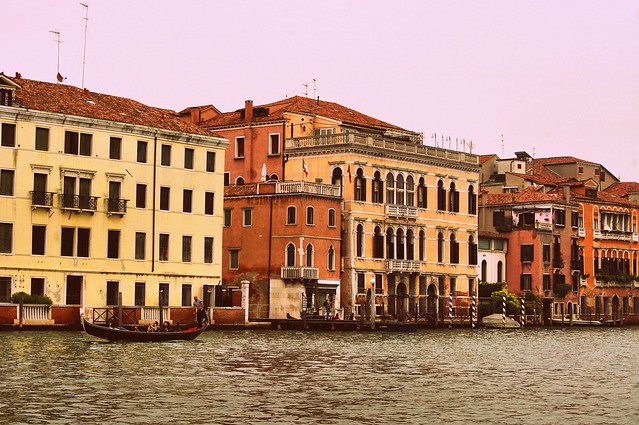 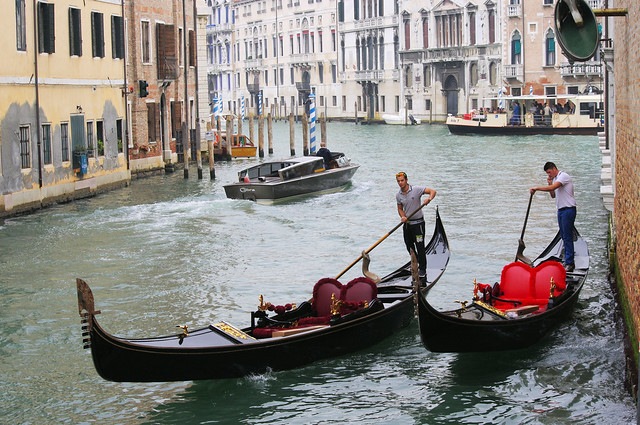 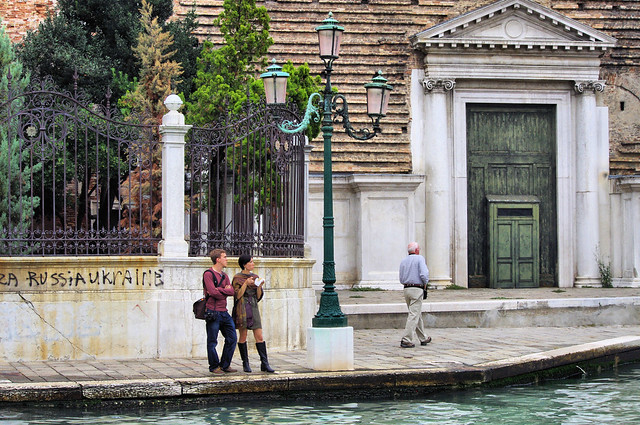 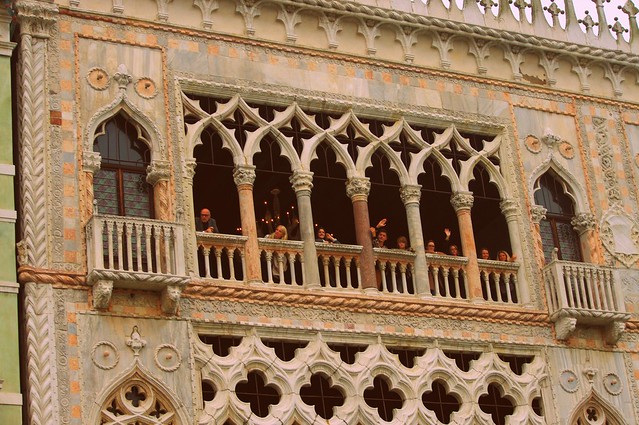 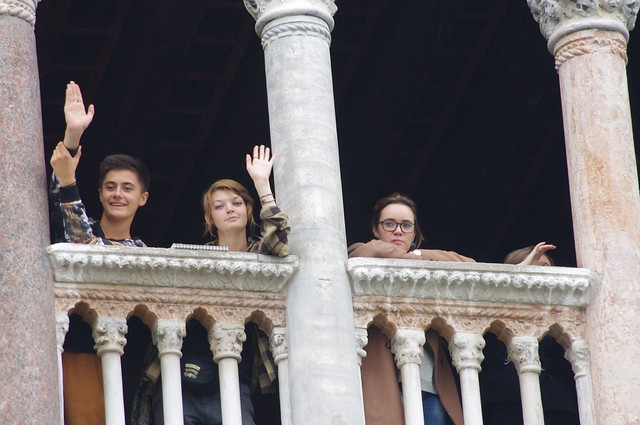 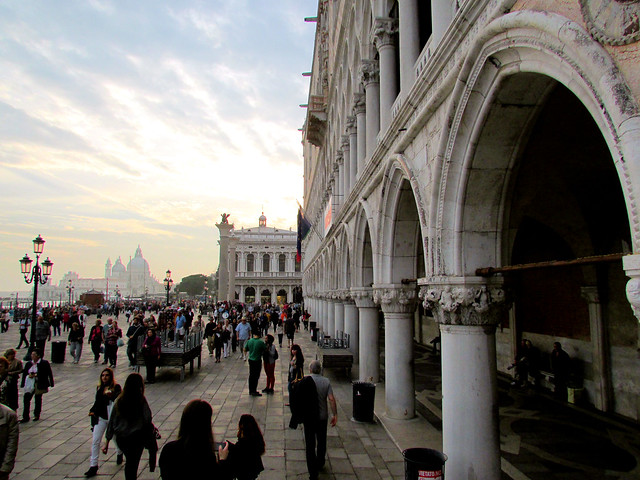 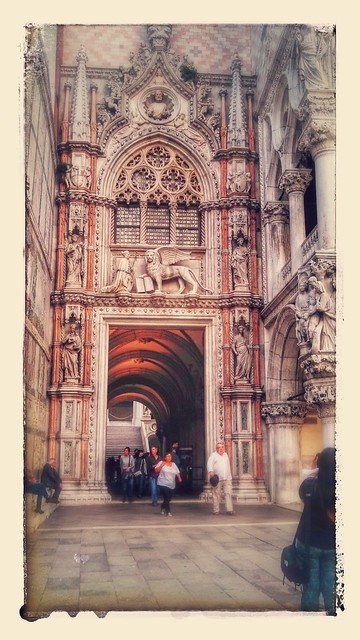 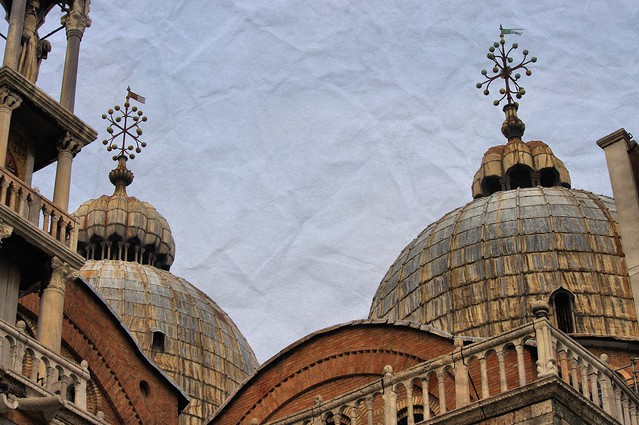 It was sprinkling when we boarded the bus in Piazzale Roma bound for Mestre about 8 pm and realized while in transit that we didn’t know our stop for the hotel. Luckily the husband has a special power for directions and remembering landmarks. We got too far, but not too far, 4 blocks at most but it was a nice evening for a walk. I even found an unopened package of paper napkins on the street – which was very useful to us during the entire trip.

Finally, I had my shower and when I laid my head on the pillow after a very very long day I dreamed of Venice once again.