In pursuit of something else to do other than beaching while in Cancun, we googled for activities that would be culturally enriching. Museo Maya de Cancun popped up on the search list and what would you know, it was literally a stone's throw away from where we were staying.

The Museo Maya de Cancun opened to the public in November 2012, replacing the original anthropology museum that was shut down in 2006 due to structural damages from a hurricane. Besides the museum, there is also an archeological site called San Miguelito in the grounds and could be accessed with the price of admission to the museum. 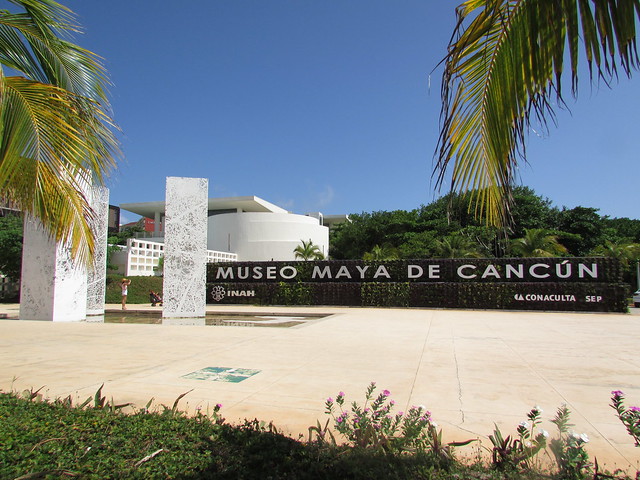 The museum is housed in a modern white building with large windows which was designed by Mexican architect Alberto García Lascurain. Three white columns made of delicate leafy patterns representing the vegetation of the area sit in a fountain at the entrance to the museum. These were designed by Jan Hendrix, a Dutch-born artist who has lived and worked in Mexico for over thirty years. (info from here)

The exhibition floors are located on the second floor, accessed via an elevator, and the exhibit halls were elevated 30 feet above sea level to protect the collection in case of flooding.

The first exhibition hall is dedictated to the archeology of the state of Quintana Roo, which is the state where Cancun is located. 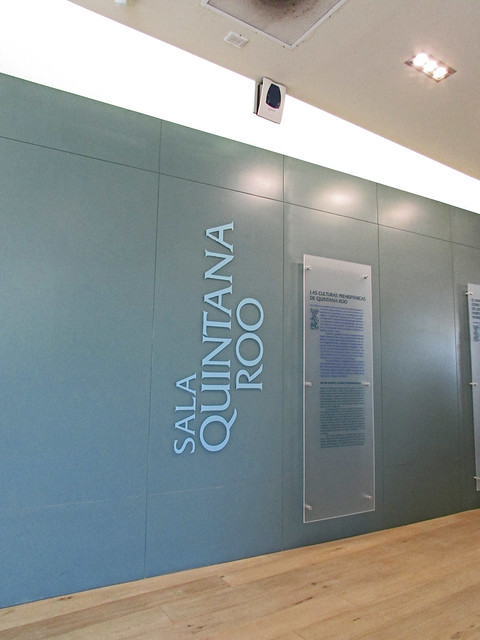 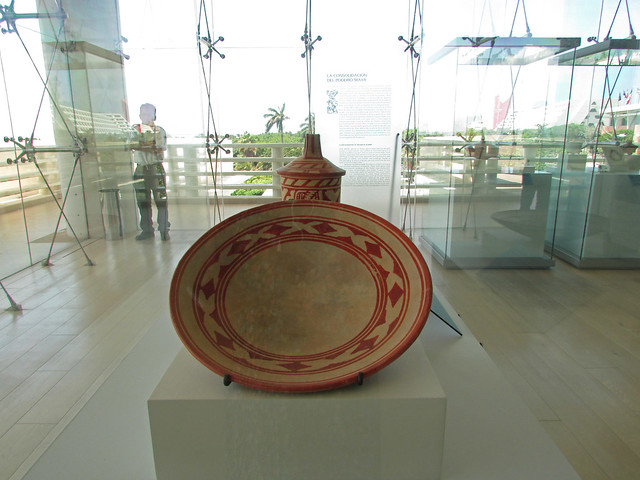 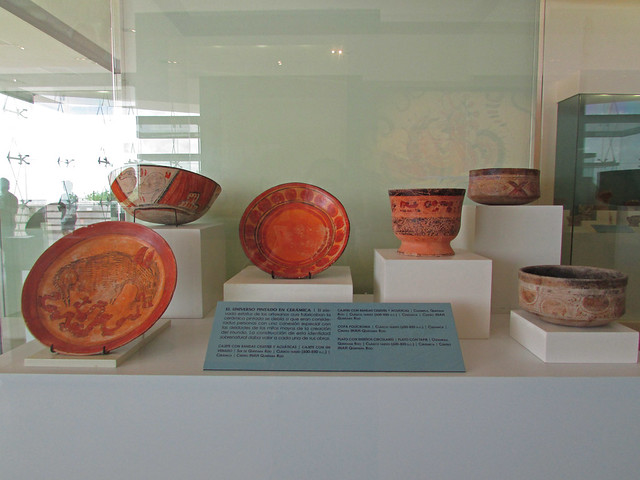 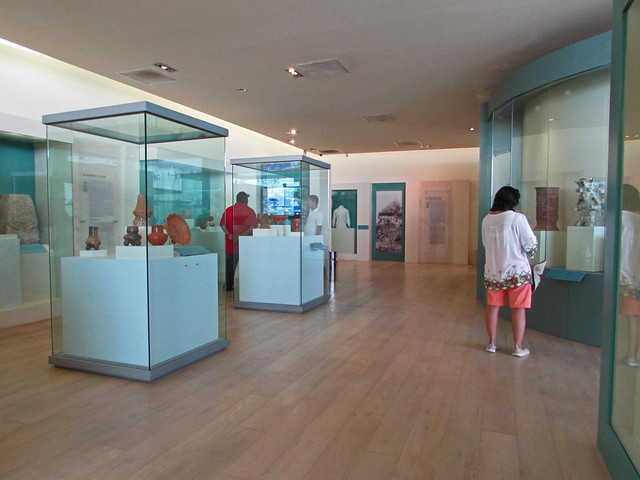 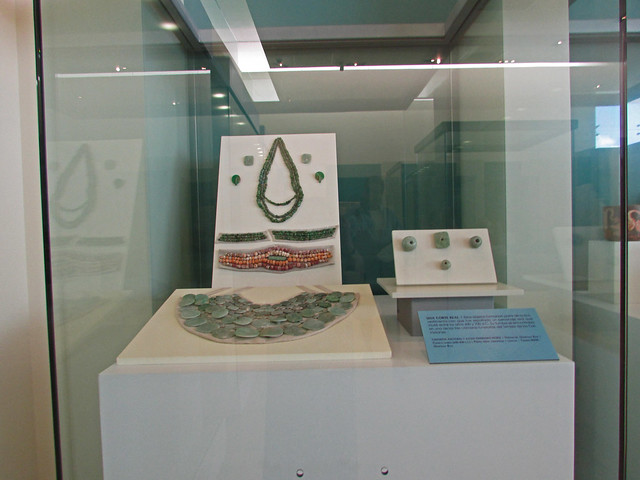 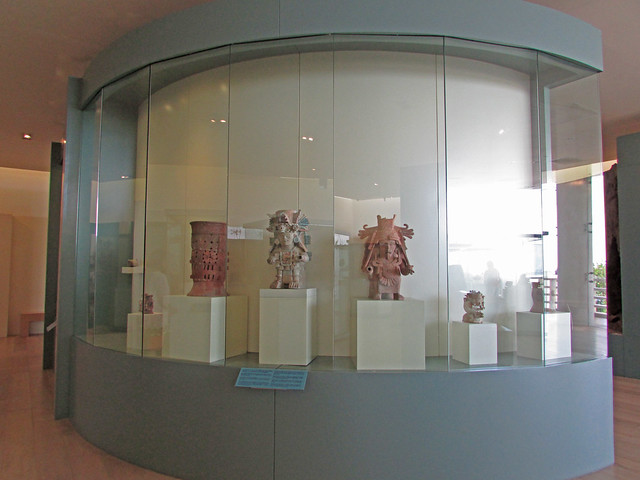 The second hall is dedicated to the Mayan culture as a whole and contained pieces found in other areas of Mexico besides Quintana Roo and from Belize, Guatemala, El Salvador, Honduras etc. 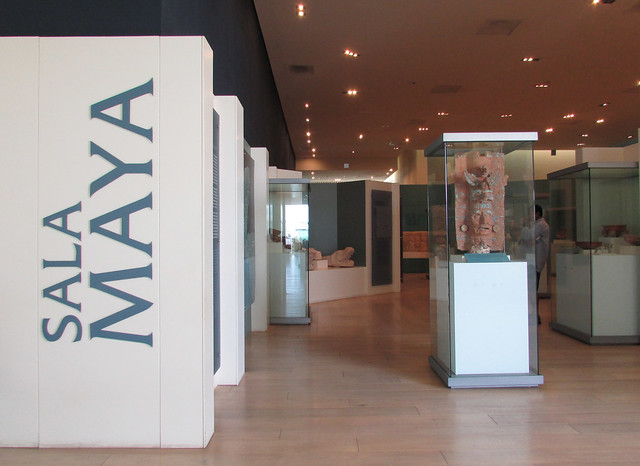 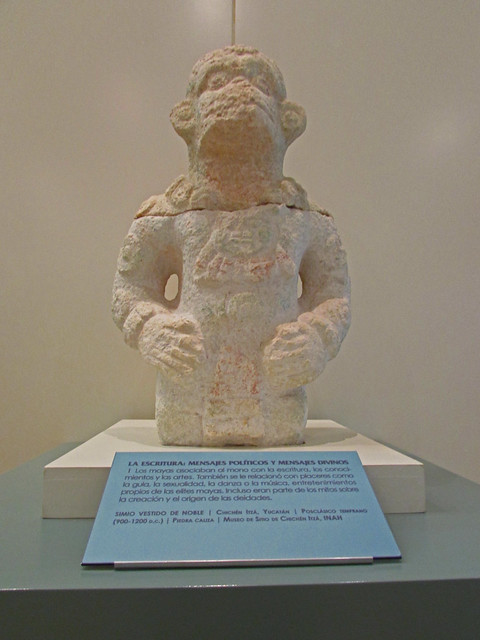 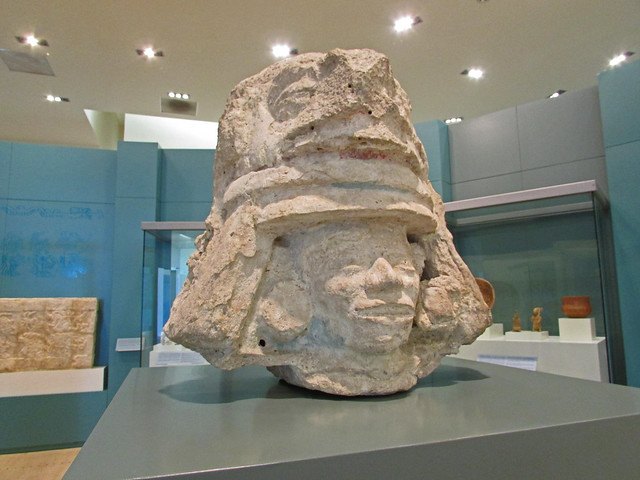 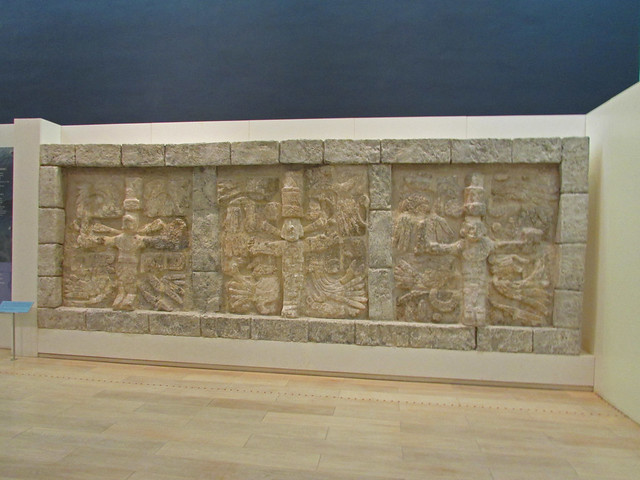 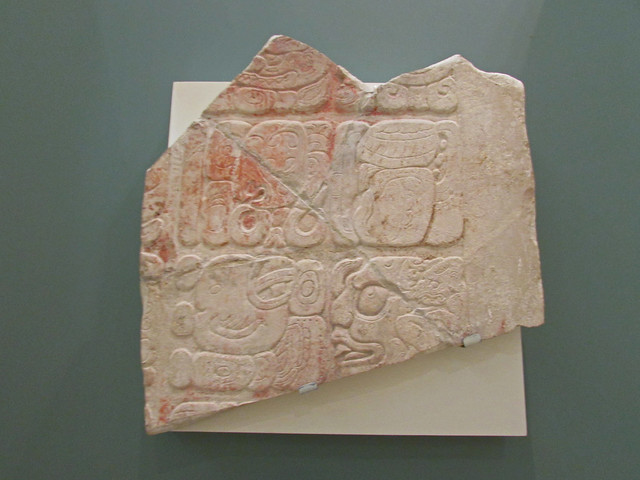 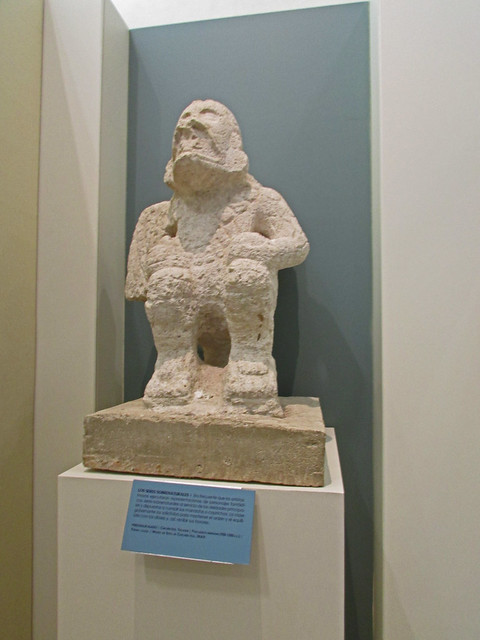 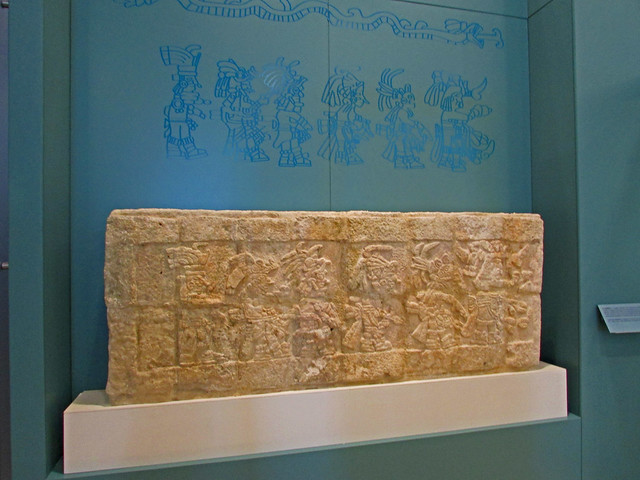 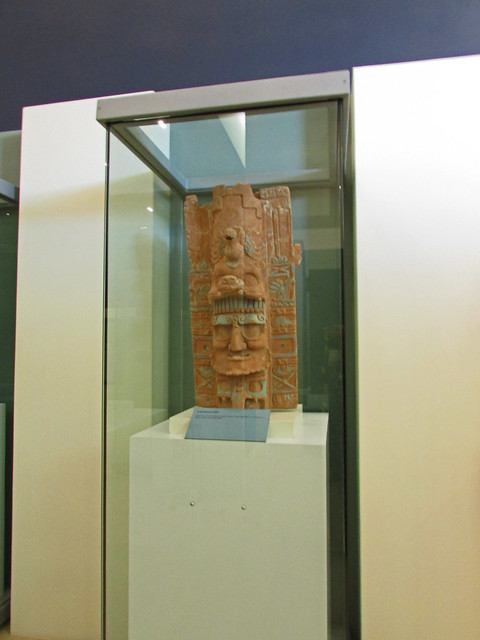 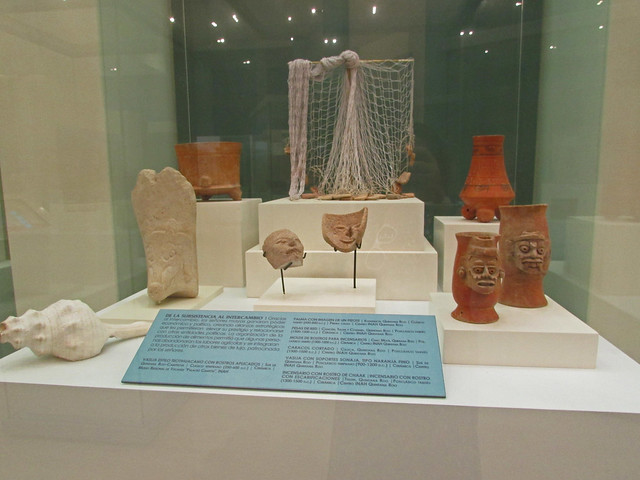 The museum is located in the Hotel Zone, Blvd Kukulkan KM 16.5 and can be reached by bus R-1.