In October we had a day a day to spend in Miami before boarding on a cruise and having booked a red-eye flight the night before out of SFO, we knew we had plenty of time to see "something" in Miami. We have been in Miami before and so we thought we'd do something simple, not retrace our steps from previous visit. And something that will not be too time consuming because we needed to drive to Fort Lauderdale airport and pick up our friends who would be joining us on the cruise.

Just for the heck of it, I googled murals in Miami and lo and behold there is an area in Miami that features blocks of murals. The Wynwood is a neighborhood north of downtown Miami, also known as Little San Juan and referred to as El Barrio as many Puerto Ricans migrated to this neighborhood. The Wynwood Art District is a subdistrict that contains galleries, museums, etc.

The Wynwood Walls were created in 2009 by the late Tony Goldman in an effort to develop the area's pedestrian potential. The Walls have brought much notoriety to Miami within the genre of graffiti and street art.[citation needed] Artists from around the world have contributed to the Wynwood Walls. The Walls have been covered by media such as the New York Times and the BBC bringing international attention to the destination. It was also featured in the docu-series entitled Here Comes the Neighborhood. The Walls have expanded to include murals outside the neighborhood creating Outside the Walls which has included art covering entire buildings. In 2010, Goldman added the Wynwood Doors created to feature smaller artists.

Every second Saturday of each month, a community-wide art walk is held. Galleries, art studios, alternative spaces and showrooms open their doors to the public for art, music and refreshments. (wiki)

Unfortunately for us, the weather was uncooperative. Actually downright hostile if I may say so. Not only was it raining, it was pouring! Not only were we unable to walk around photographing the murals, but we hardly could photograph them from the car because we were getting soaked when the windows were rolled down.

All was not lost as we were able to photograph a few before the downpour. Needless to say, I would definitely go back and photograph them when given another chance to be in Miami. 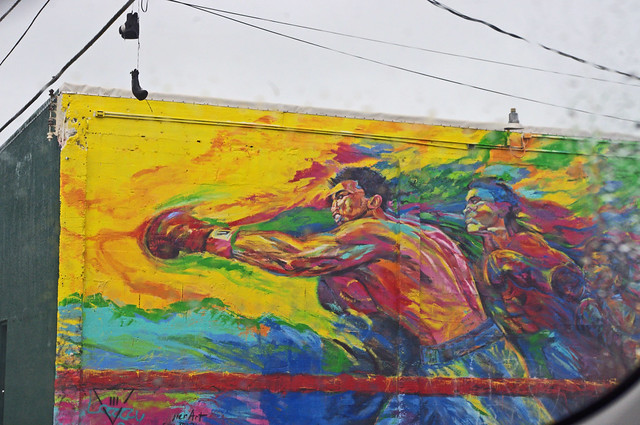 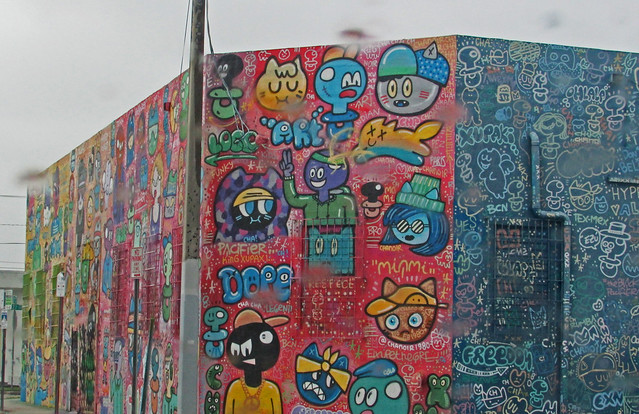 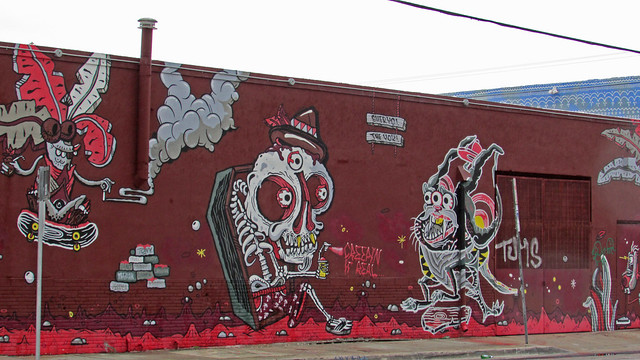 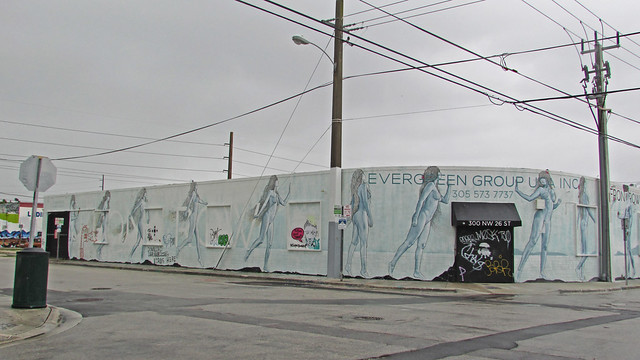 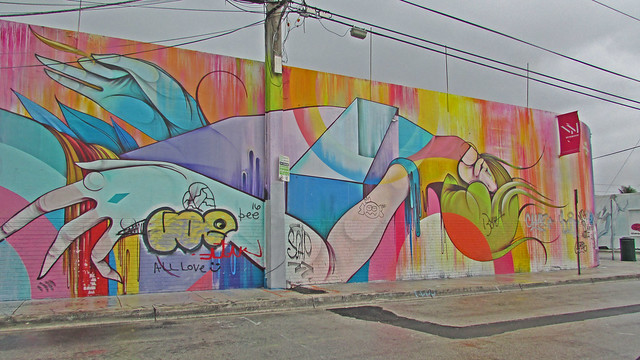 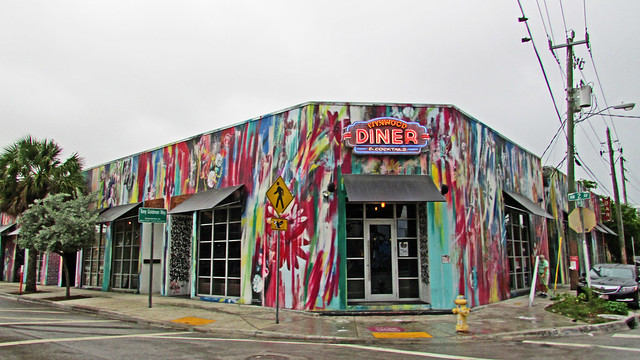 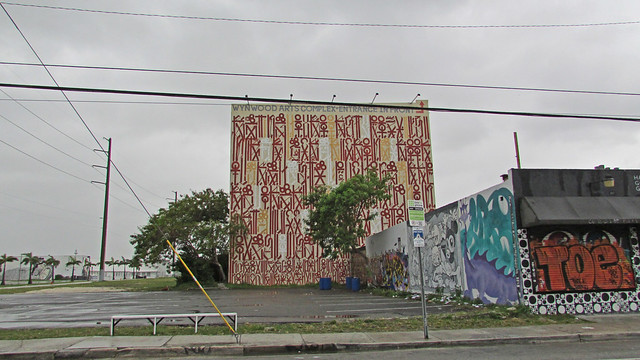 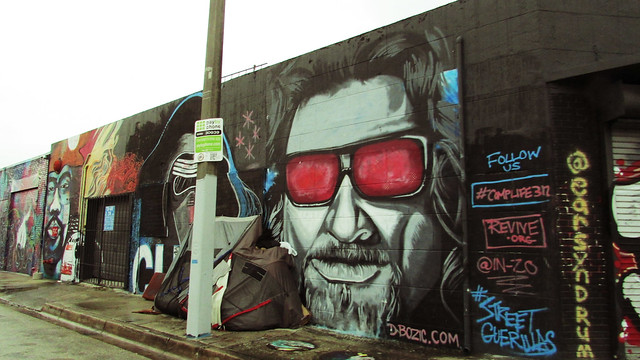 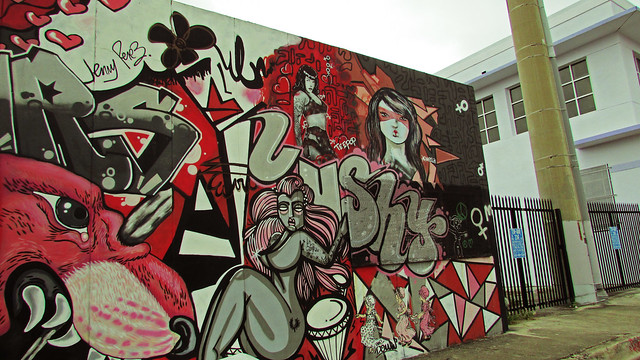 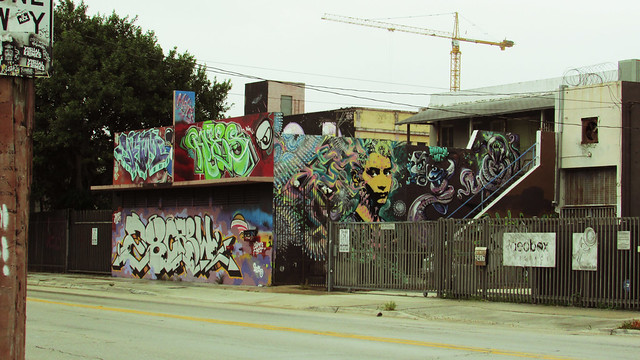 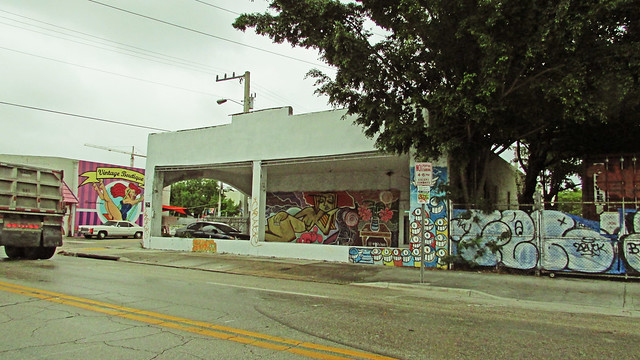 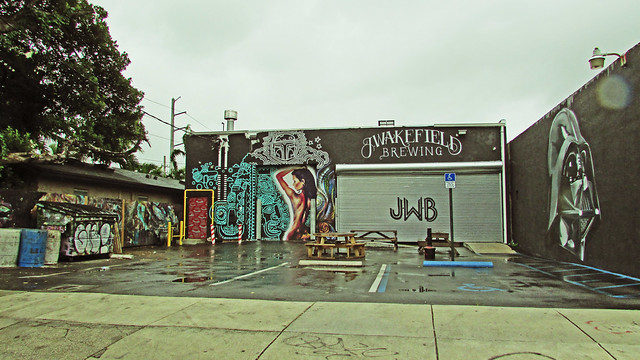 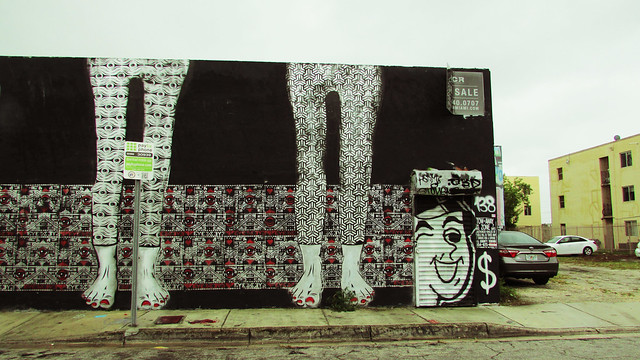 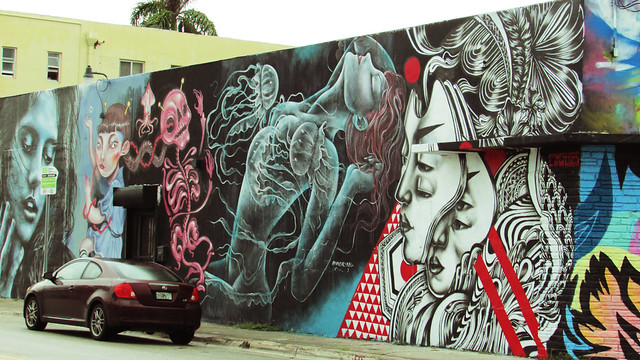 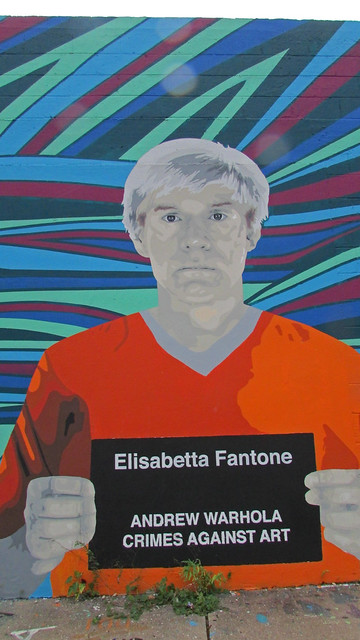