About 33 kms from the city of Meknes lie the partly excavated Roman and Berber ruins of Volubilis. Commonly known to be the ancient capital of the Kingdom of Mauretania. With its proximity to the holy city of Moulay Idriss (see previous post), many combine both Volubilis and the holy city as day trip destinations originating from Meknes. The city is the best-preserved site in the country and was declared UNESCO Heritage site in 1997.

It is one of the most beautiful sites I have seen and I have seen a few including Acropolis, Ephesus, and Olympia. The centerpiece of the site is the many beautiful mosaics preserved in situ. Think about how these mosaics have stood the test of time and the harsh Moroccon sun and and nature's beatings. It is such a delight to be able to behold them.

Personally, I knew nothing about this archeological site and prior to the visit, have not heard of it at all. We traveled in April, springtime, and this is the ideal time to go because wildflowers bloom in between the rocks making it perfect for spot for photography sessions. Note that the sun can be really punishing, so best time to go is in the early morning or near sundown.

We arrived mid morning and while it was hazy in Moulay Idriss, it was sunny here. 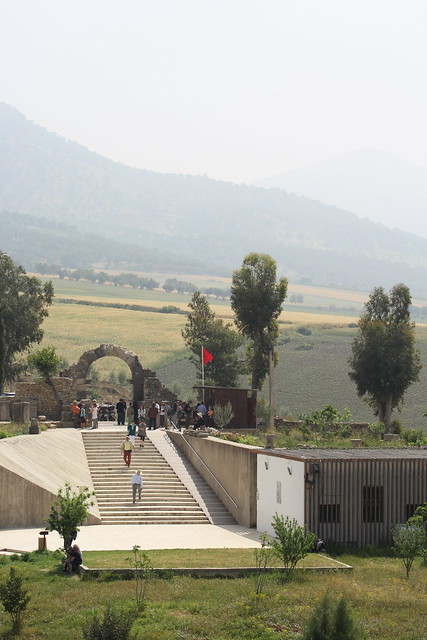 Entrance; parking beyond the archway. 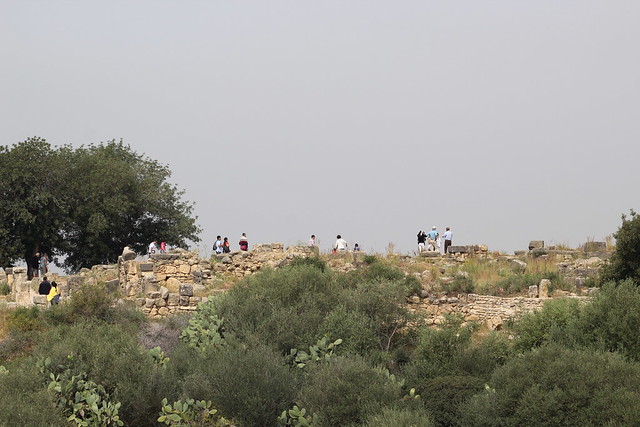 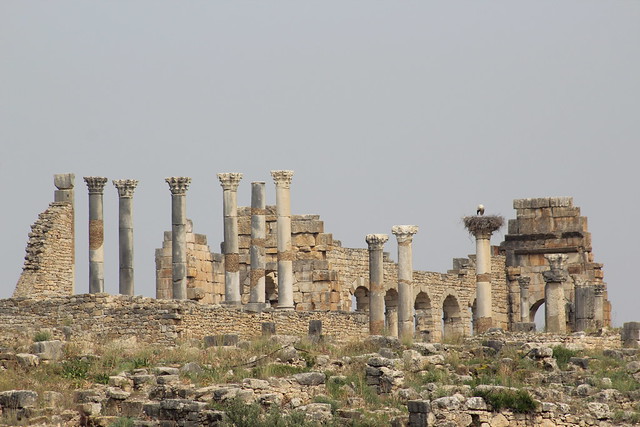 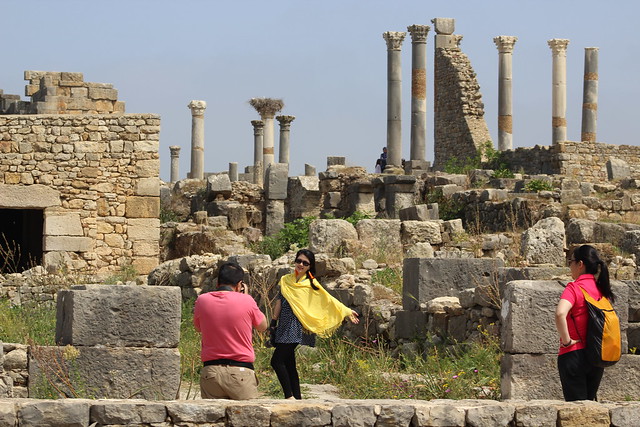 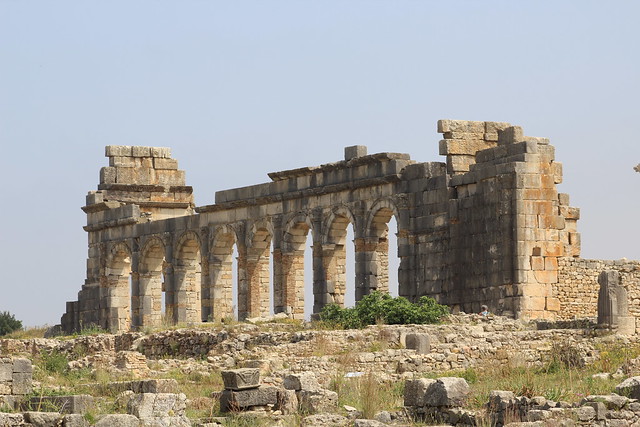 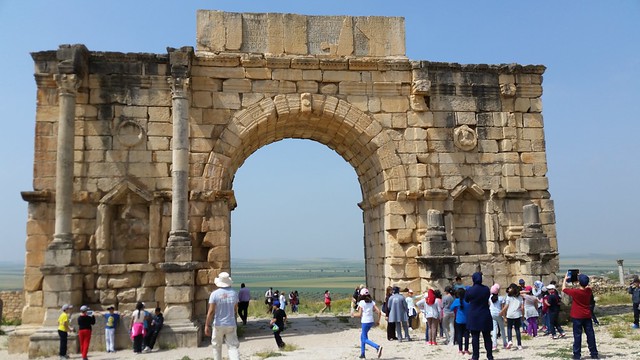 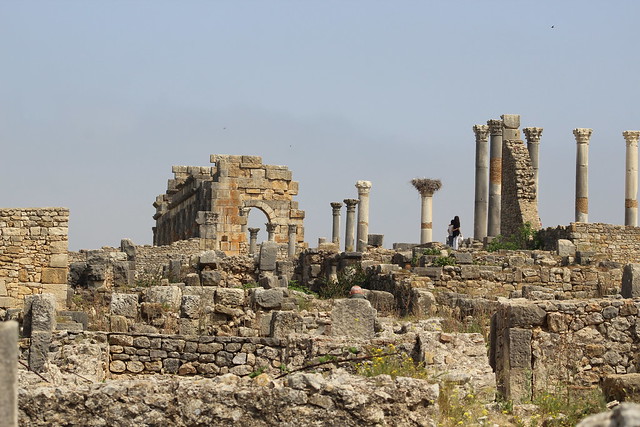 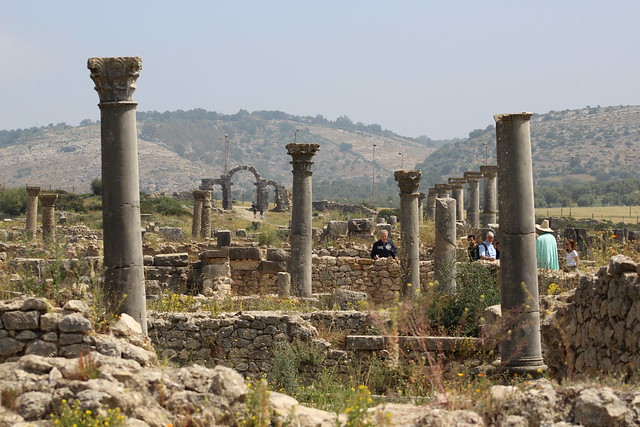 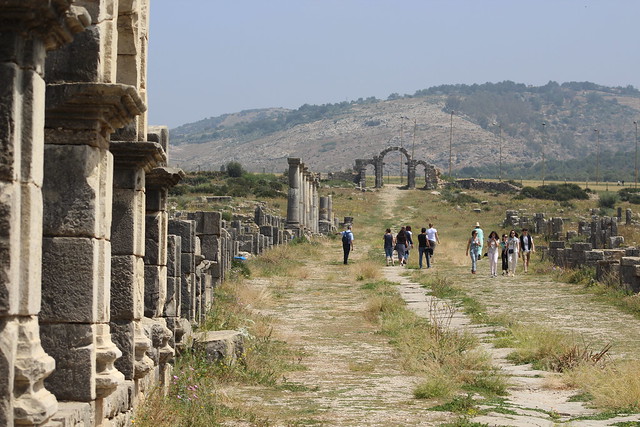 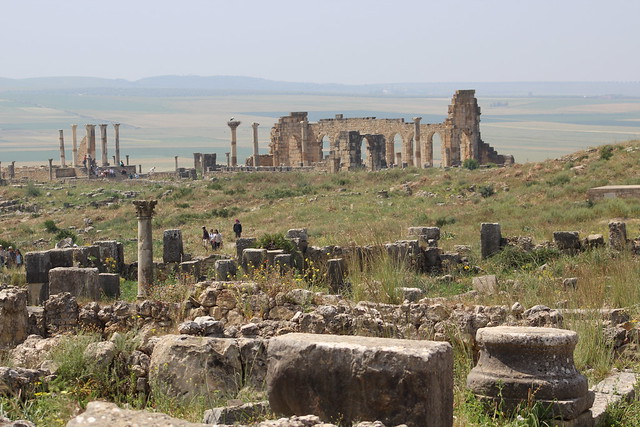 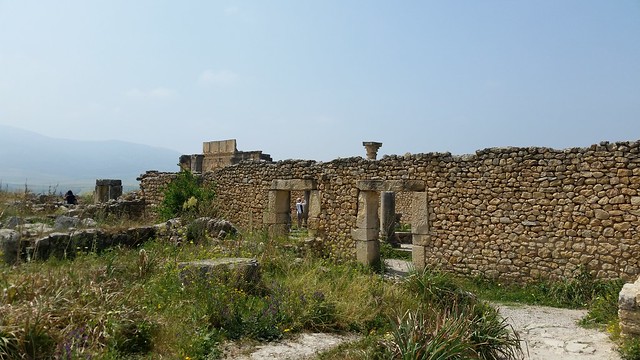 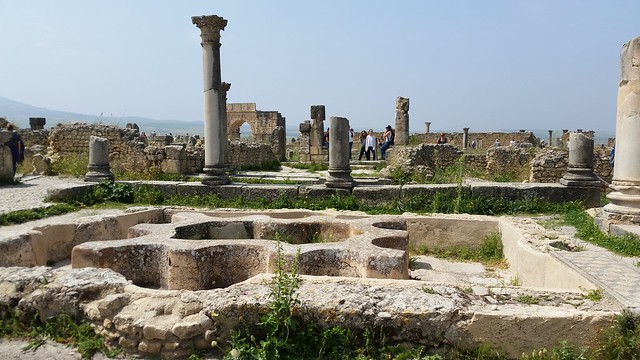 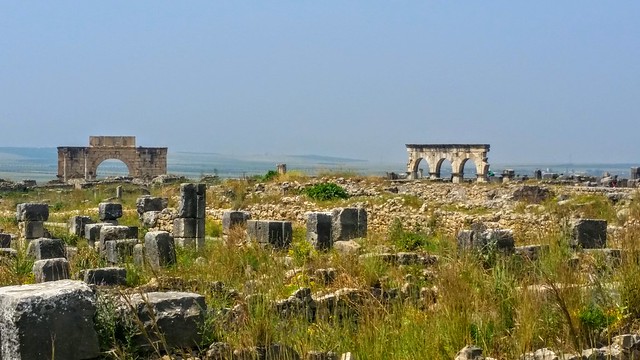 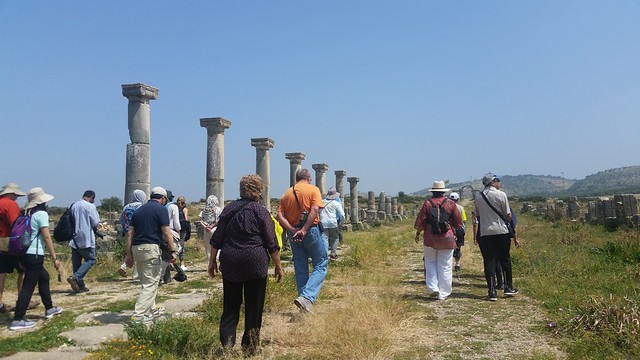 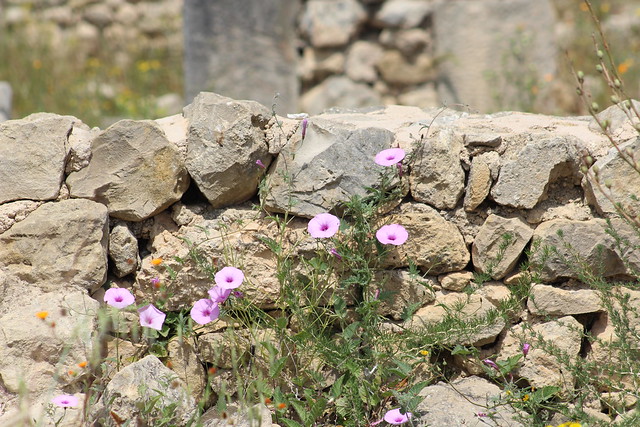 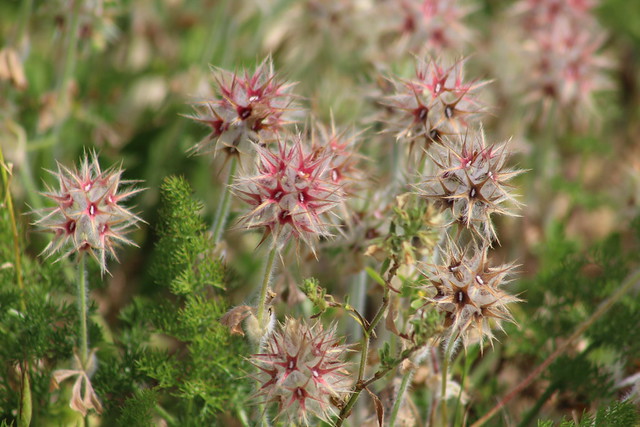 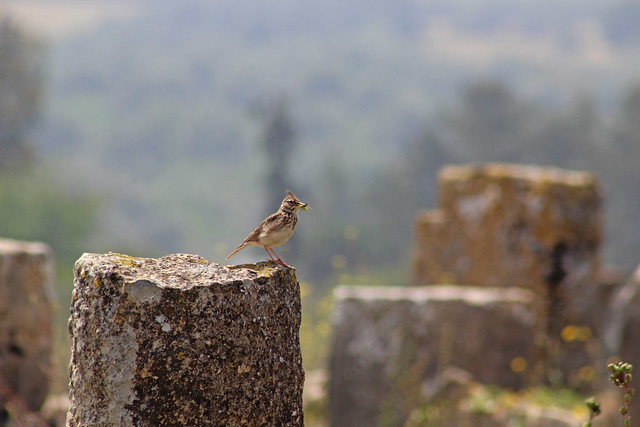 Now for the centerpiece of this archeological site, the mosaics which are incredibly in good condition considering their age. 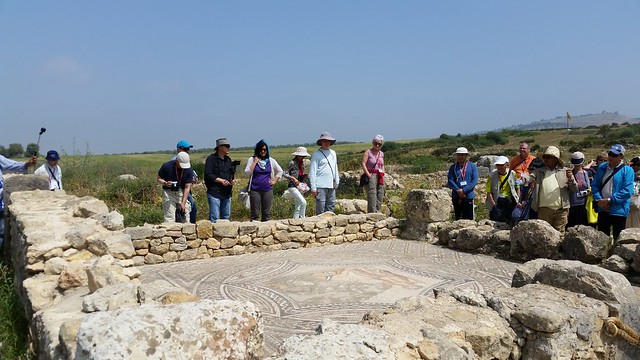 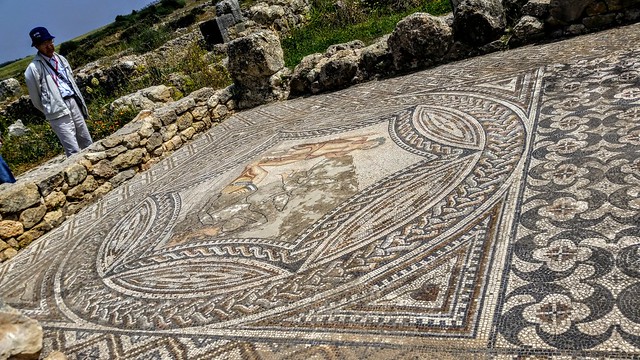 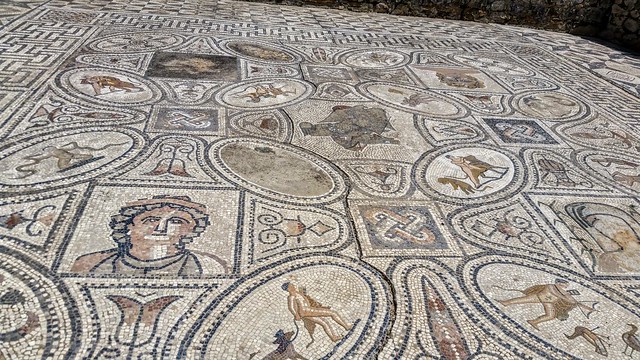 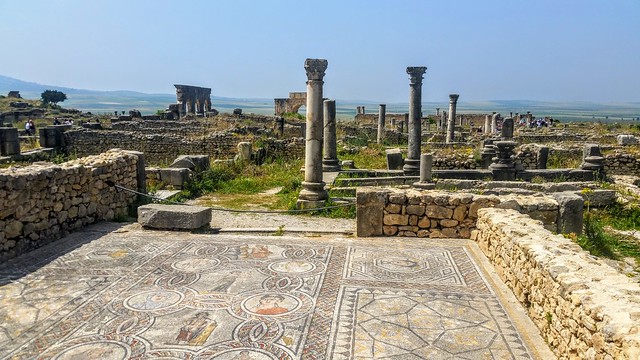 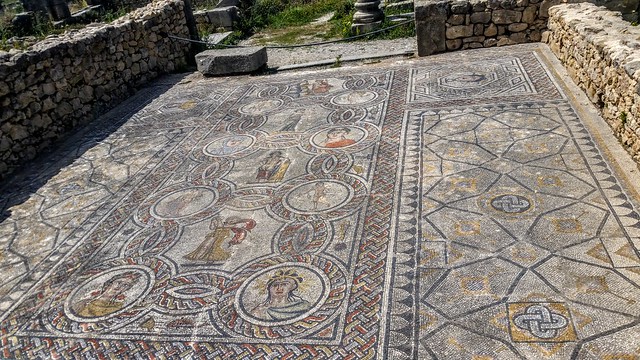 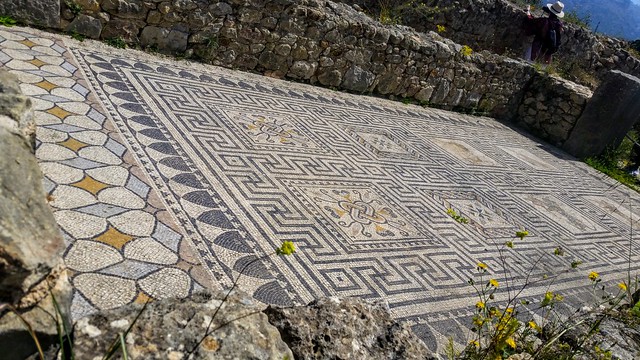 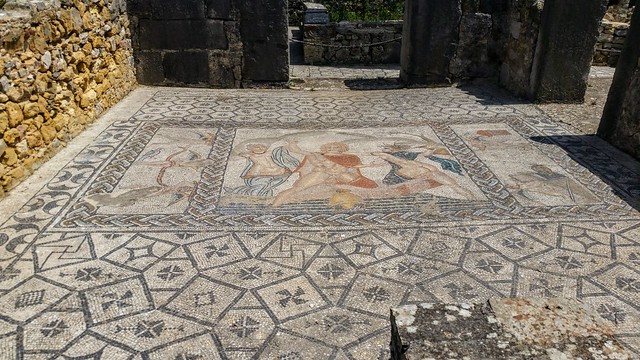 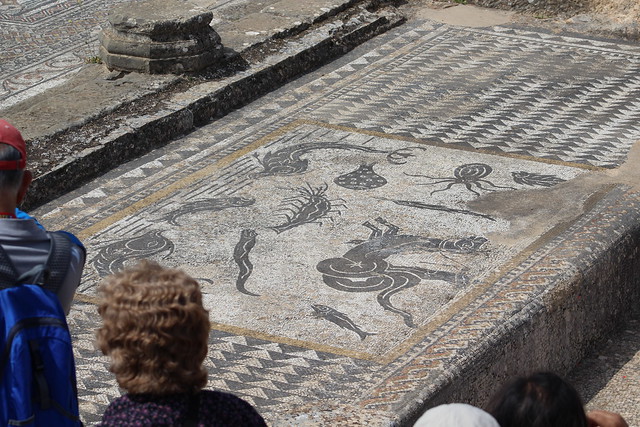 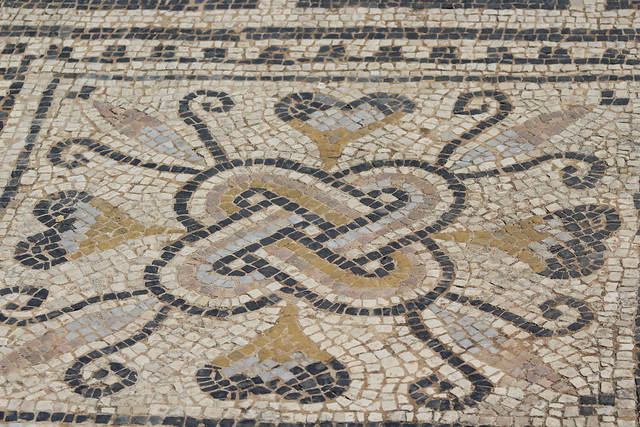