You guessed it right. Not finished with the medina of Fez just yet. The most important and most famous thing to see I believe inside the old medina is the tanneries. Without a guide, I don’t think you’ll find it. Perhaps you will, but not easily and only because you got lucky.

I have Googled the heck out of the tanneries and according to some authority on the web, the best place to see the tanneries is go by building/house #10. Seriously, that is what it said on my research.

I have not seen a house number to be honest, I tried to look. Thankfully, I was on a guided tour and like herded sheep we just followed the man/woman in front of us in the very narrow alley.

It was so narrow that no two people can go at the same time. We had to stop and allow other groups to leave before we can use the alley.

Anyway, up one floor, there was a display of leather goods, we were told to browse. Up another floor, still more leather goods for sale. Same thing up one floor. Honestly, we climbed way too many narrow stairs that what floor we ended up going is to anyone’s guess.

At the top floor, we got a great view of the tannery (tanneries?). We saw numerous large vats filled with different colored dyes and some have leather soaking on the dye. It was a one-of-a-kind sight. 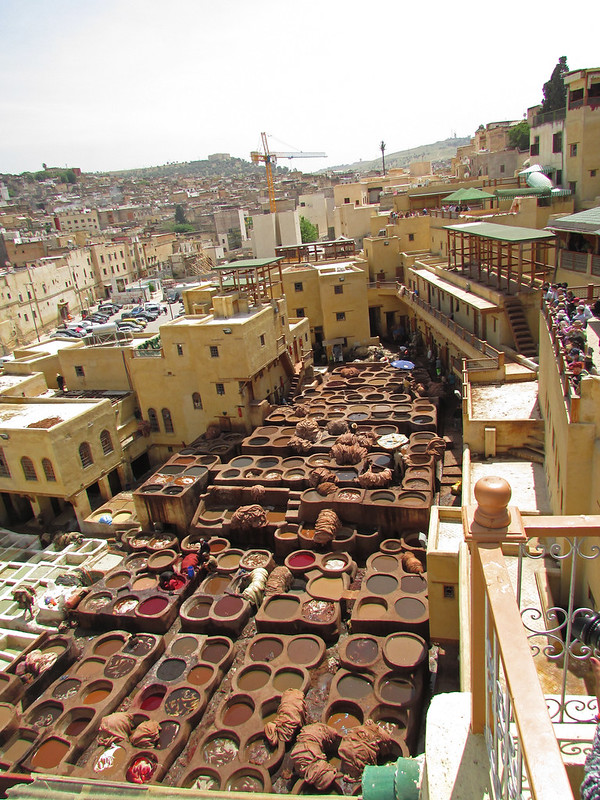 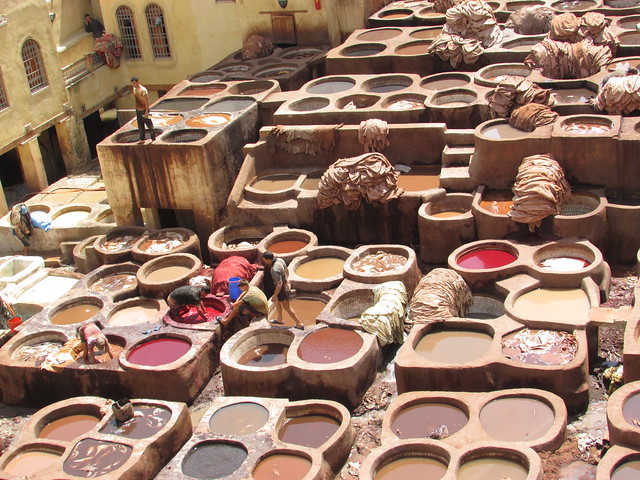 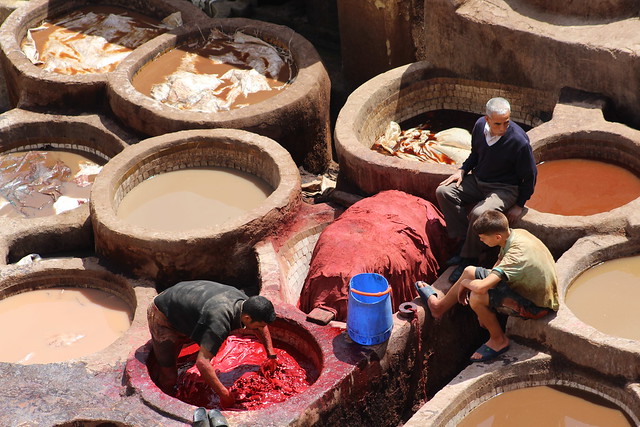 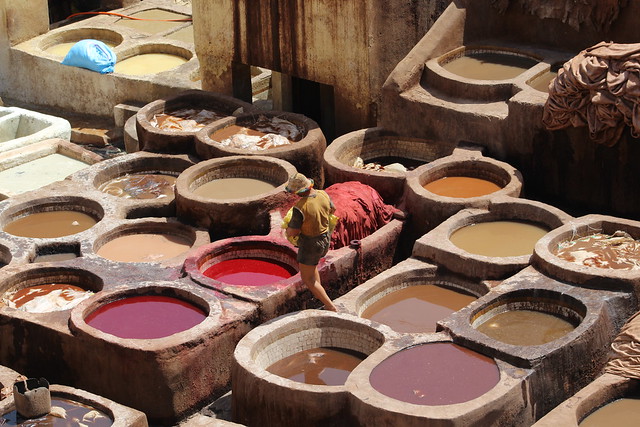 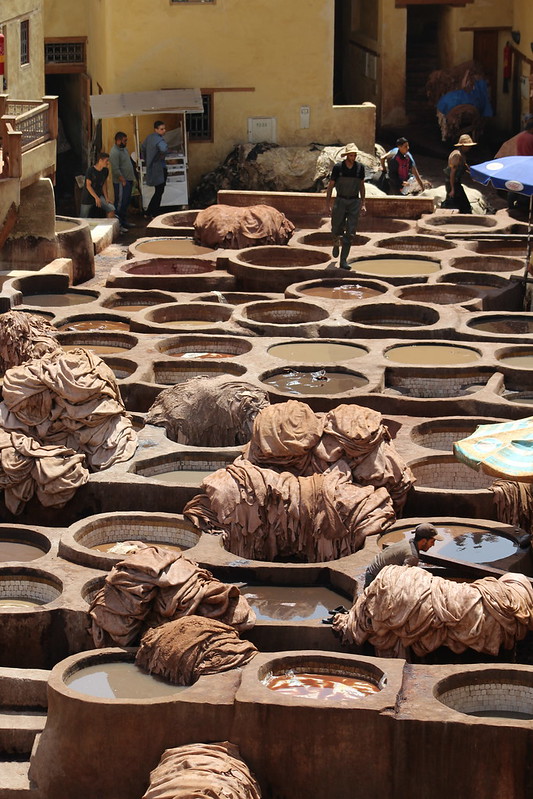 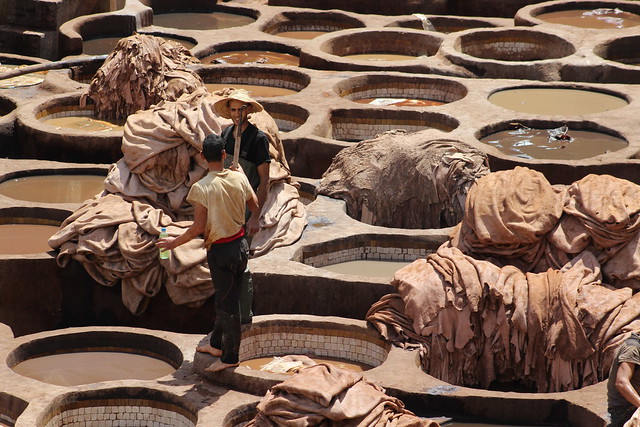 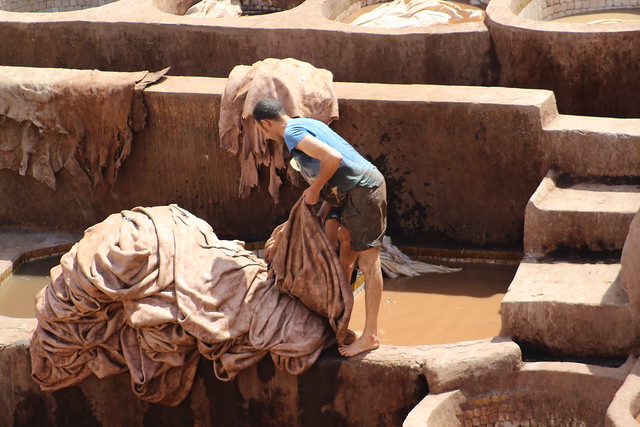 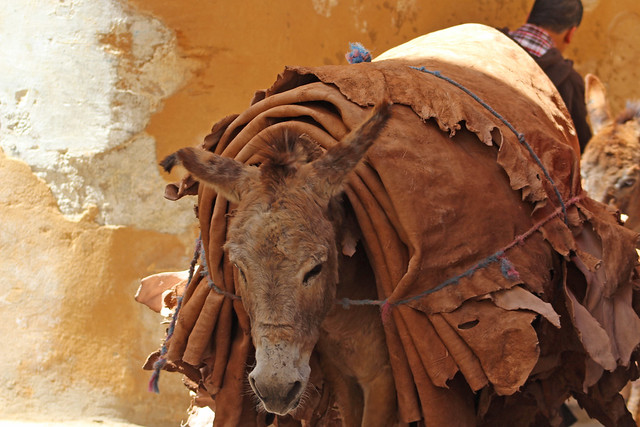 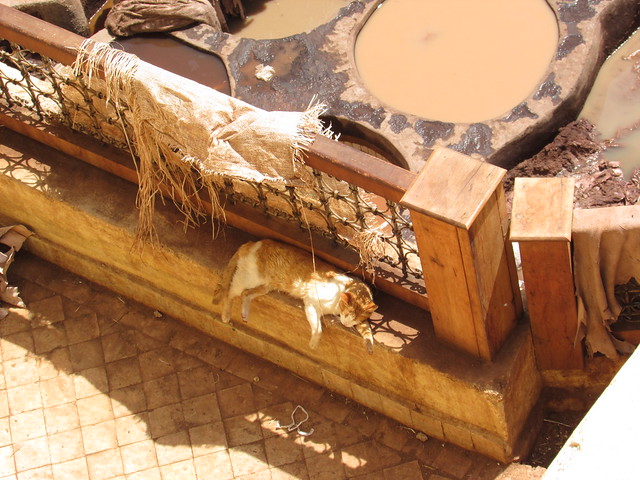 We saw mules (or donkeys?) carrying in more leather to be dyed; men working on dyeing the leather. These men were working without the benefit of PPE or personal protective equipment like gloves. You see them inside the vats, their bare skin soaking in the dyes with the leather. I am sure in the long run there is harm done on the skin, if not on other parts of the body.

There were more than one group that was in the rooftop at that time and we were herded by group again. Once the first group left, we were asked to gather around the benches and the sales pitch commenced. While I had one ear on the presentation and the rest of my body on spying and feeding the kittens around, I learned that leather from camel is much lighter than leather from cattle. Much softer too.

On the way down, we stopped to look at the merchandise. We were told by the tour manager at the beginning of the day that prices for leather goods are much cheaper in the much bigger souk in Marrakech, which we will be visiting later on in the trip, so save our shopping until later. Listening to him, most of us did not buy anything big, or substantial. Until one of the ladies got a nice bucket style leather bag for $8. Great quality bag too. Too bad she told us about this when we were in the tour bus on the way to the hotel. 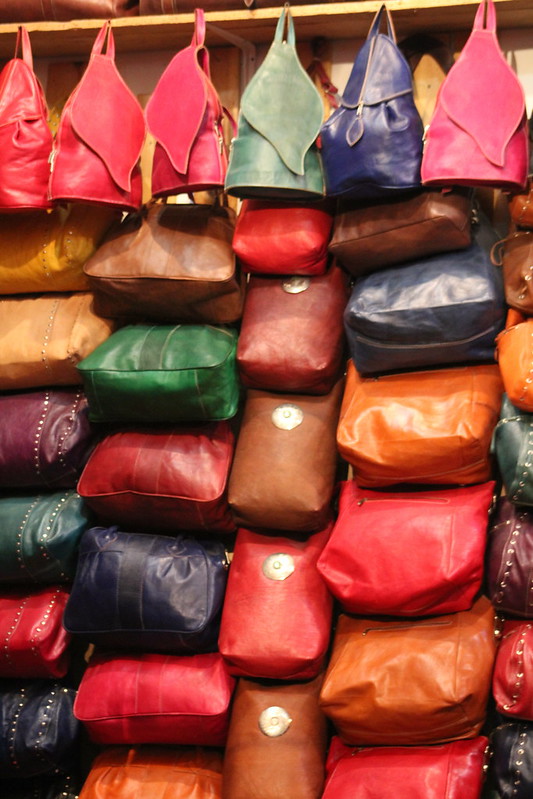 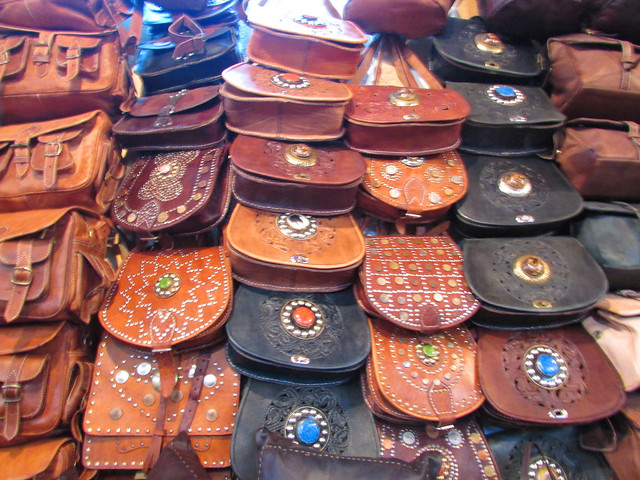 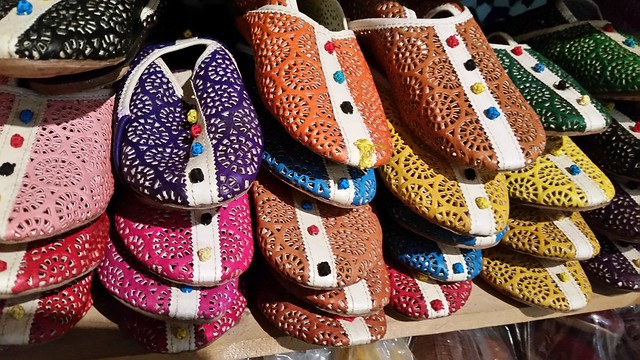 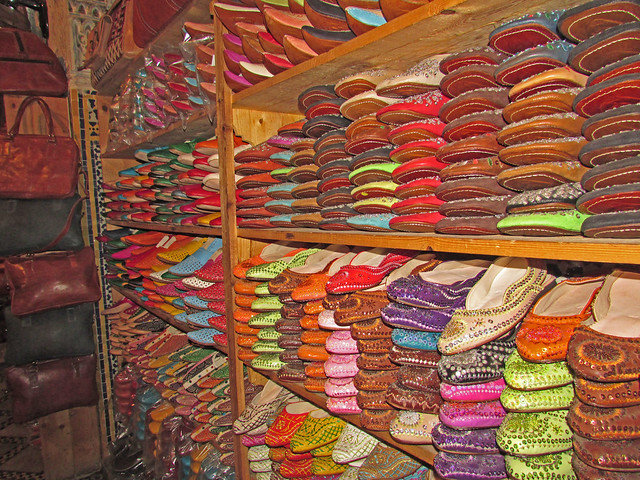 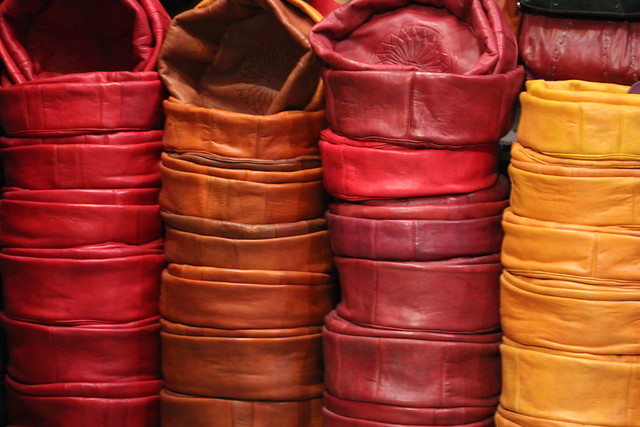 While in the rooftop, we were not only looking at the vats down below, we were also looking at other things. 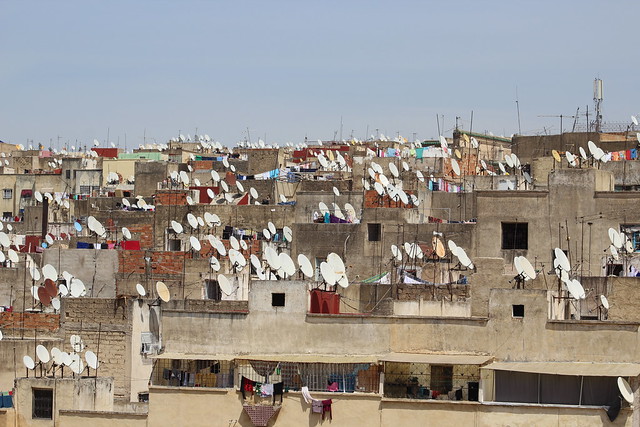 Fez has become a city of satellite dish. 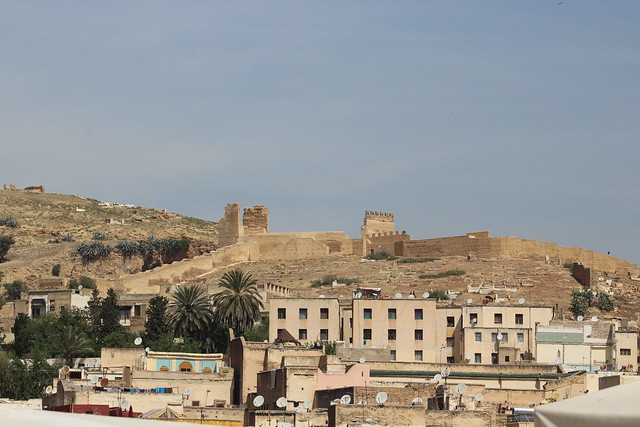 Zoomed to this fortification.